Accessibility links
Democratic Debate Recap: A Spotty 1st Debate For Mike Bloomberg It was former New York Mayor Michael Bloomberg's first debate after spending more than $300 million on ads. He had an uneven performance, especially when it came to his record on women. 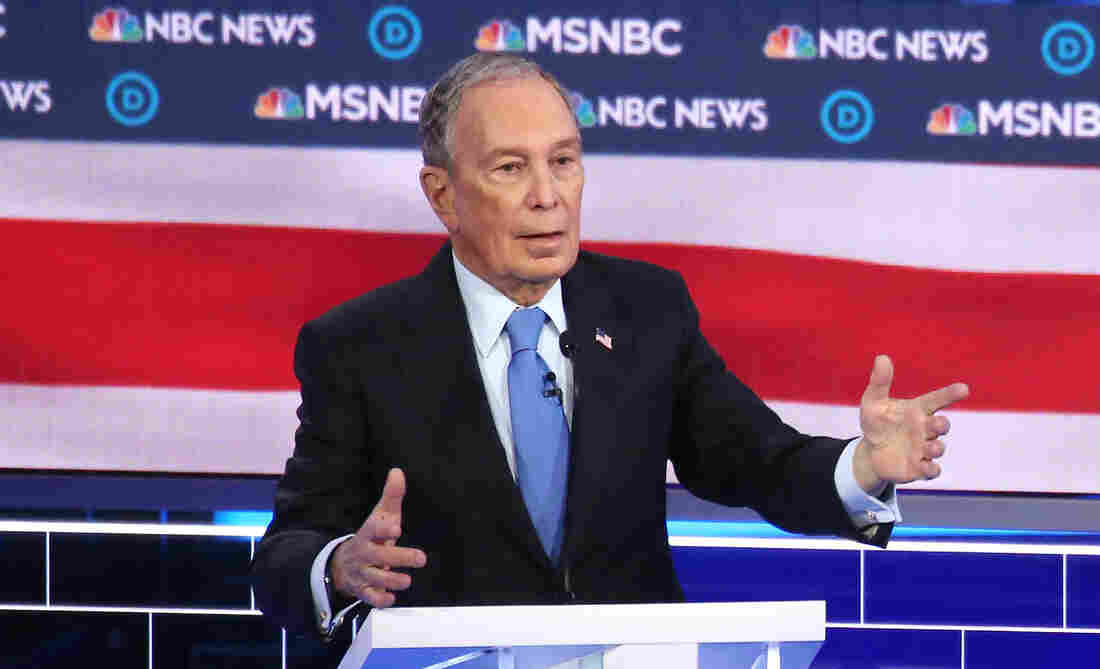 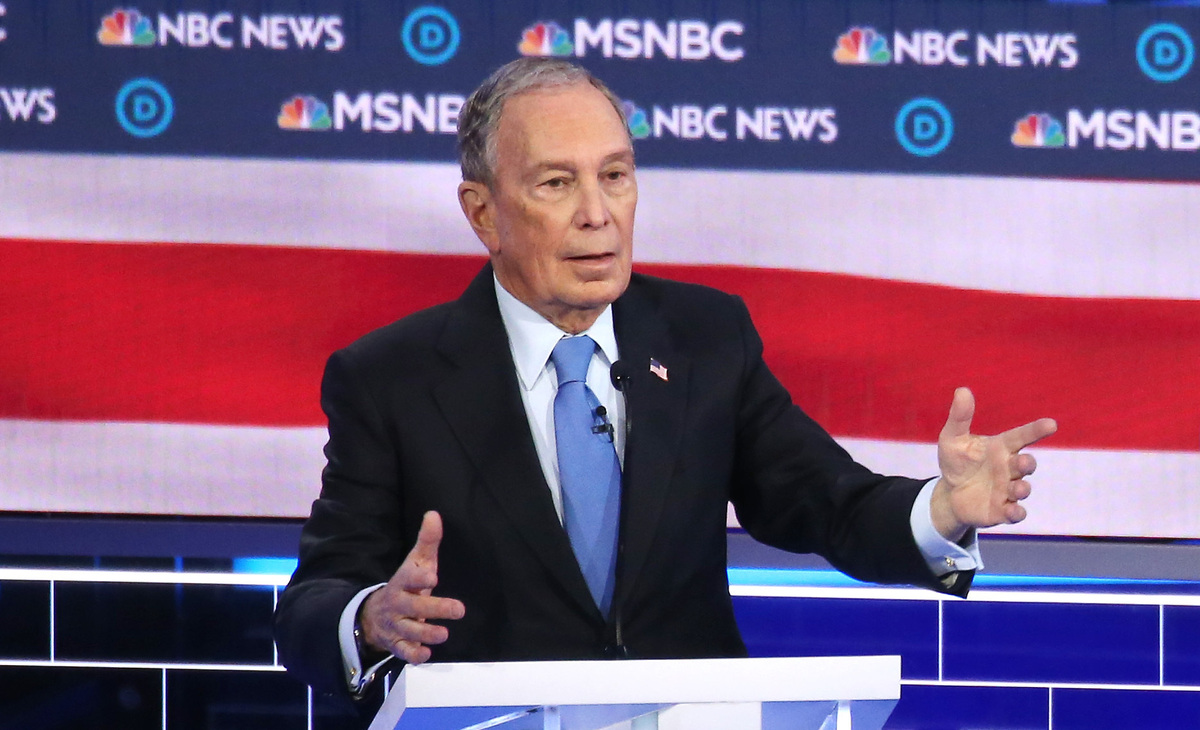 In Las Vegas — a city known for prize fights — the Democrats were gloves off.

And a new entrant in the ring took a lot of incoming: former New York City Mayor Michael Bloomberg, who has spent more than $300 million of his own money on ads to raise his profile.

Bloomberg qualified for the debate just the day before, after an NPR/PBS NewsHour/Marist poll became the fourth national survey showing him with 10% or more support in the race for the Democratic presidential nomination.

1. Bloomberg got onstage but had an uneven performance.

All that money bought Bloomberg a raised profile — and a slot on the debate stage. But he had a spotty debate.

Bloomberg had his good moments, talking about how to beat President Trump and why Vermont Sen. Bernie Sanders, in his view, would lose, and defending capitalism against socialism.

"What a wonderful country we have," Bloomberg said before taking aim at Sanders. "The best-known socialist in the country happens to be a millionaire with three houses. What did I miss here?

But Bloomberg, 78, hasn't debated in 11 years, and it showed. He was off balance now and again and had a hard time defending himself, especially when it came to his past comments about women and nondisclosure agreements with some of his employees.

"None of them accuse me of doing anything," Bloomberg said, "other than maybe they didn't like a joke I told."

That, in response to a line of attack from Massachusetts Sen. Elizabeth Warren, was clearly out of step with today's Democratic Party.

Bloomberg missed a lot of opportunities to take credit for his personal spending on political issues. A more practiced candidate might have pivoted to talk about the $100 million he spent in 2018 trying to elect women candidates. And he made no mention of the substantial sums he has spent on promoting gun control.

Bloomberg may have become the most polarizing figure in the party with this debate performance, and that's not what he wanted to accomplish. 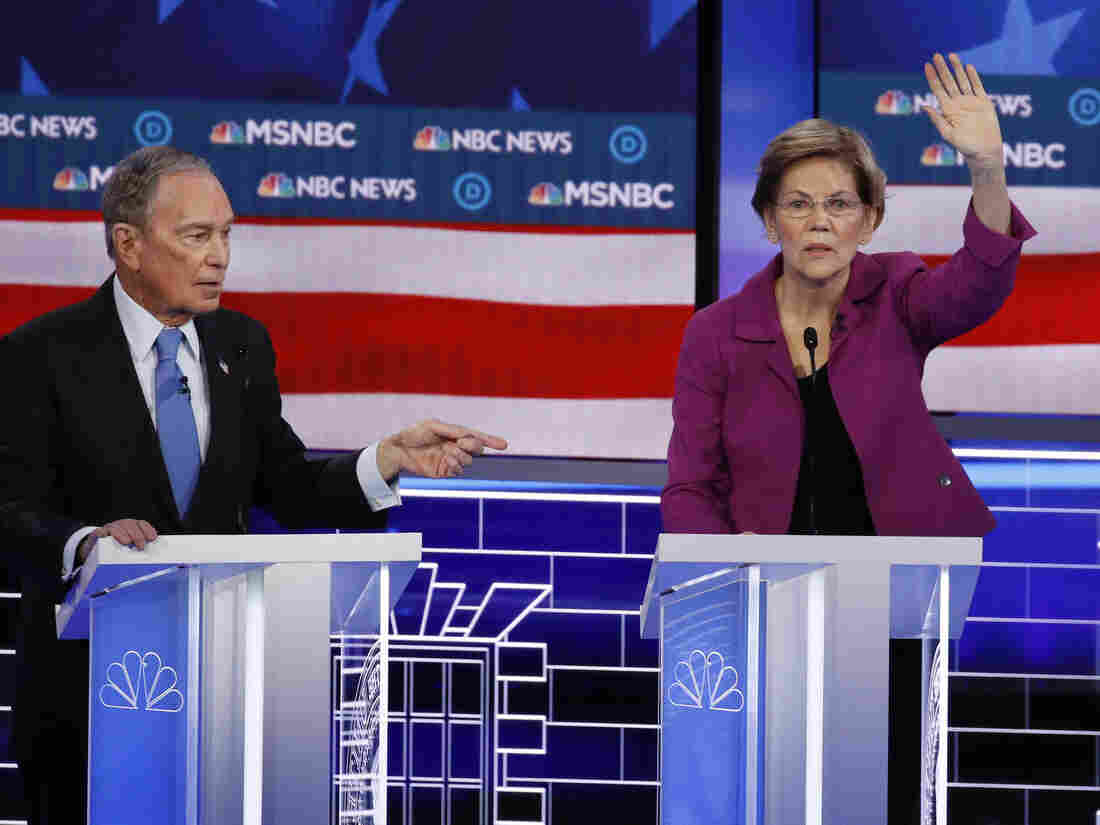 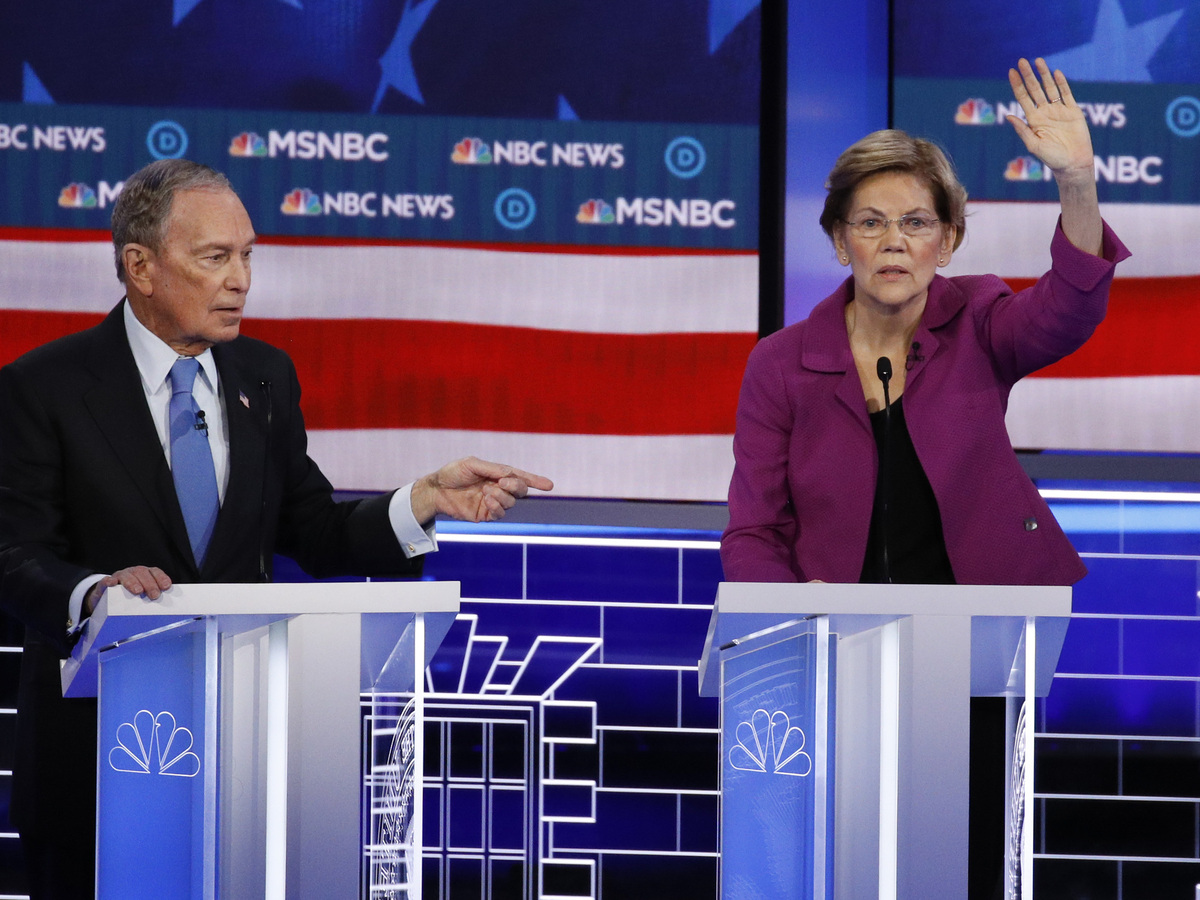 2. Warren was the most aggressive she has been during the campaign, but it's not clear what that accomplished.

Warren torched everyone in her way. There were those detailed arguments against Bloomberg on the allegations that he made disparaging remarks about women and fostered a discriminatory work environment at his company. But she also said voting for Sanders is like "gambling on a narrow vision" and "gambling on a revolution that won't bring along a majority of this country."

She accused former Vice President Joe Biden and Minnesota Sen. Amy Klobuchar of being too "eager to be liked" by Senate Majority Leader Mitch McConnell; and Warren alleged that former South Bend, Ind., Mayor Pete Buttigieg "has been taking money from big donors and changing his positions."

Warren is in a tough position and perhaps has nothing to lose. She sees the train to the nomination leaving the station, and she's not on it. But it's not clear that Warren helped herself or that this version of Warren is one that can convince voters she can win in November. Still, Warren has a strong organization and a chance to exceed expectations, starting in Nevada.

'Throw Them Against The Wall And Frisk Them': Bloomberg's 2015 Race Talk Stirs Debate

3. The centrists are not uniting.

It's pretty clear that Klobuchar and Buttigieg either don't like each other very much or at least get under each other's skin. Buttigieg had a strong debate, for the most part, except when going after Klobuchar for not remembering the name of Mexico's president during a candidate forum.

It felt petty. Klobuchar fired back: "I wish everyone was as perfect as you, Pete." Ouch.

Each sees the other as a threat. Nevada very well may be something of a winnowing process for the two. Buttigieg is the overall delegate leader after strong showings in Iowa and New Hampshire. Klobuchar gained a lot of momentum pulling out a surprise third-place finish in New Hampshire. 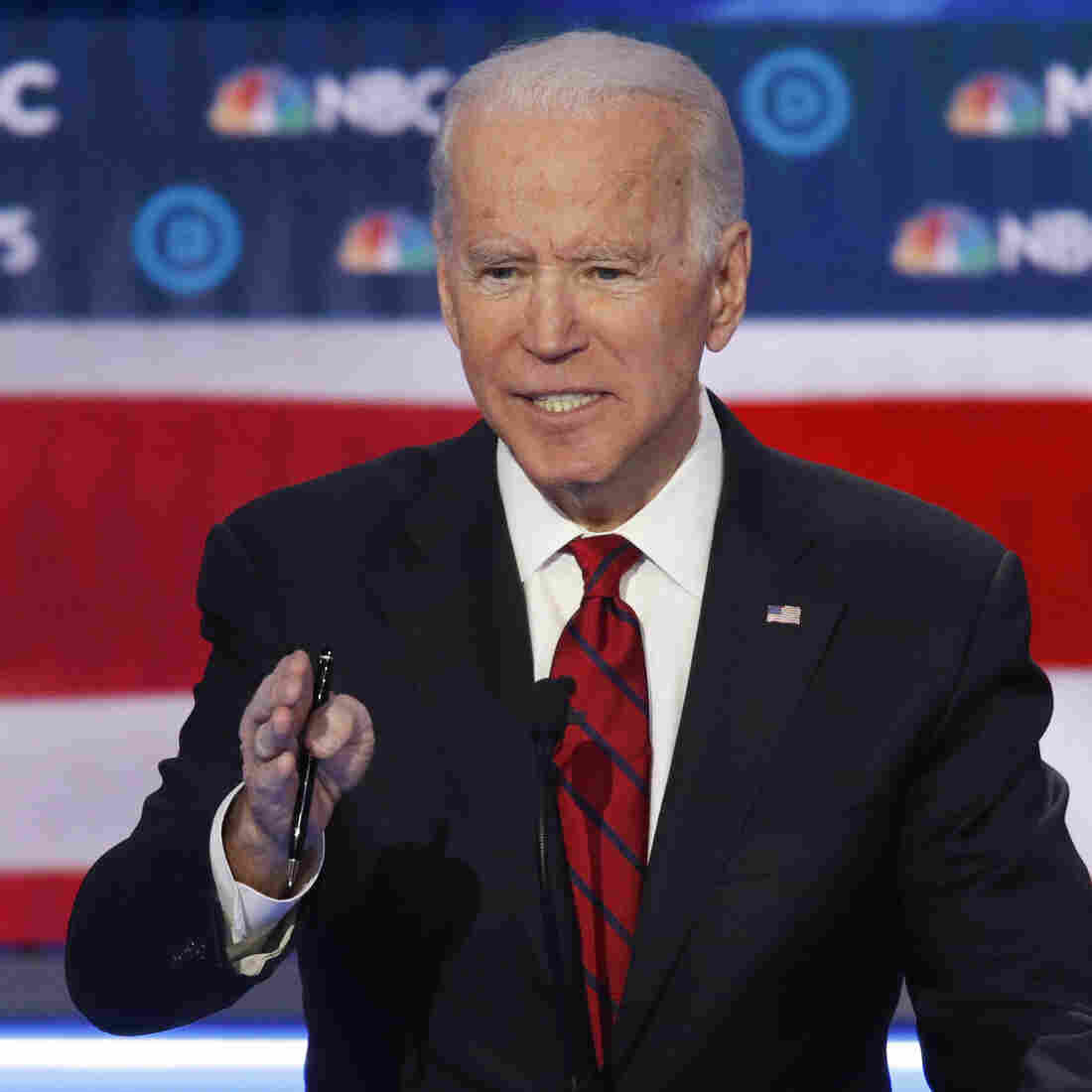 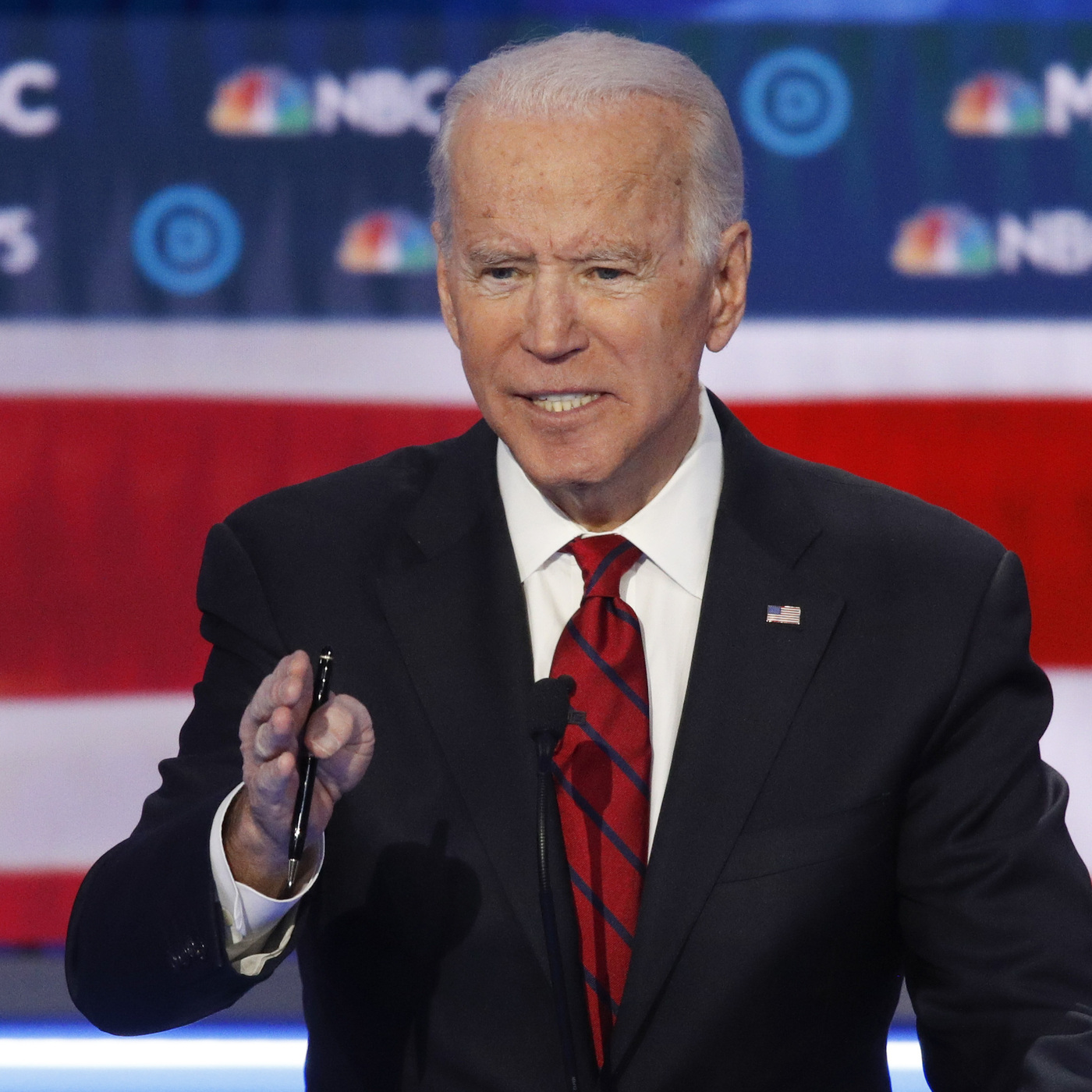 4. Biden tried to say he's the most electable, really.

Despite finishing fourth and fifth in Iowa and New Hampshire, respectively, Biden was insisting that he is the best candidate to beat Trump. So far, polls do continue to show him beating Trump by a wider margin than the other candidates, but frankly, it has been the case in this campaign that the idea of Biden has been better than the reality.

Biden had a strong moment when he went after Bloomberg on "stop and frisk," the controversial New York City policing policy that disproportionately targeted young men of color. But beyond that, there weren't many standout Biden moments. In fact, in this debate, he spoke fifth most out of the six candidates.

Biden and Bloomberg are competing for the same voters. The latest NPR/PBS NewsHour/Marist poll shows that they pull equally from each other's supporters; each is the top second choice of the other's backers. So Nevada and, especially, South Carolina are critical for Biden to prove he should be the candidate whom moderates should coalesce around. 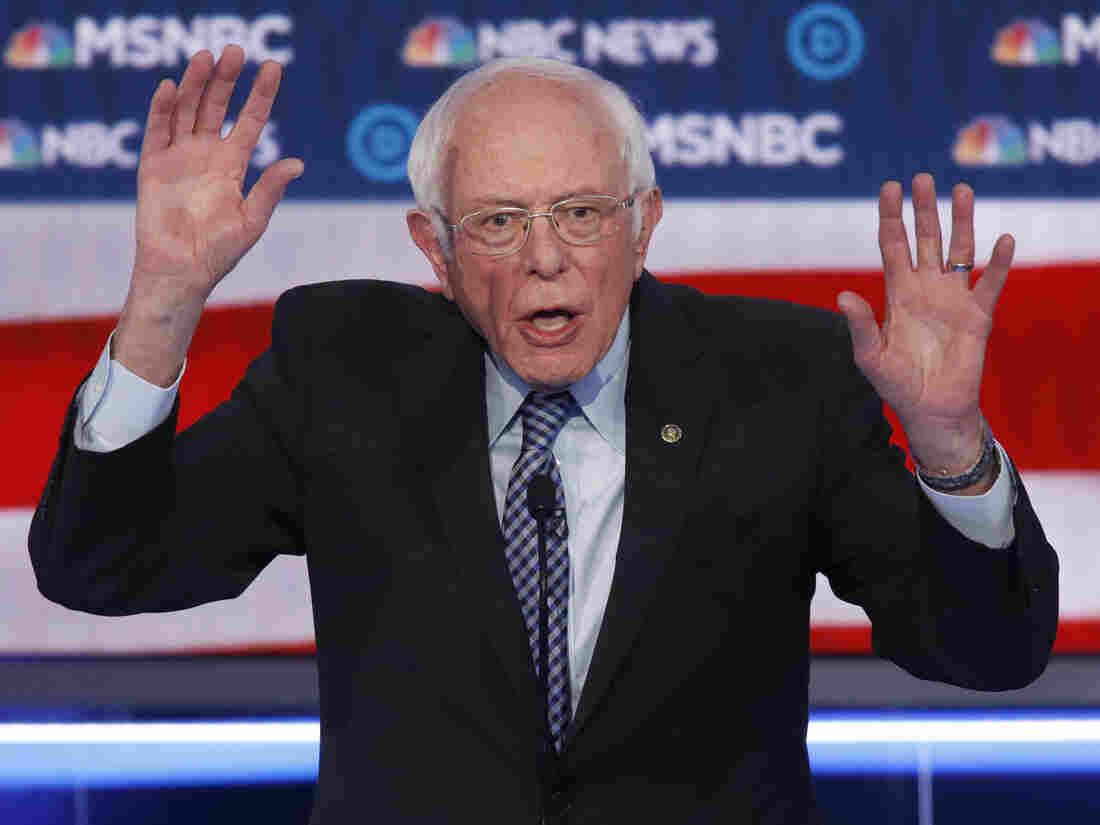 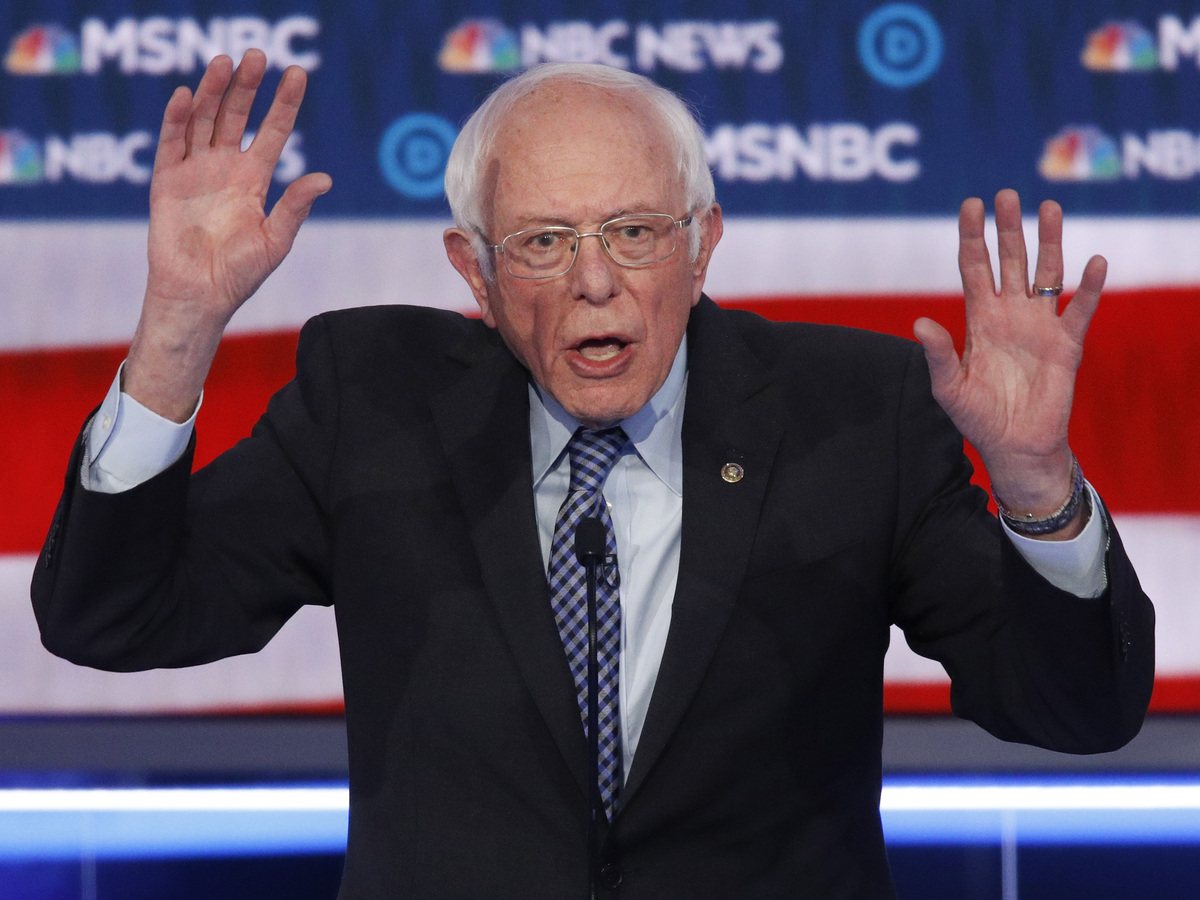 Vermont Sen. Bernie Sanders gestures as he makes a point.

5. Sanders didn't do much to expand his base, but the chaos helps.

Since campaigning in Iowa and winning New Hampshire, Sanders has had a demeanor that has been subtly different from his usually fired-up persona.

Apparently sensing he could really be the nominee, Sanders has conducted himself largely composed and calm. For so long, Sanders has been throwing stones from the outside, but suddenly, he's the inside man, the one with the best chance at the nomination.

But in this debate, he reverted back to his irascible form. That's likely because he was onstage with a billionaire who has bypassed the traditional system of campaigning and stands for a lot of things Sanders is diametrically opposed to. Eventually, Sanders has to get back to a posture that doesn't scare the rest of the party, but he has his base locked down and the latest NPR/PBS NewsHour/Marist poll showed him expanding some.

With moderates still not coalescing around a single candidate, the chaos works to Sanders' benefit. He very well could wind up with a plurality of pledged delegates at the convention. And that explains his position that the pledged-delegate leader should be the nominee, even though the party's rules require an absolute majority of delegates to secure the nomination.

6. The person all of this helps the most is Trump.

Trump and his team likely couldn't be happier seeing what they saw from this debate. Arguments about capitalism versus socialism, moderates unable to settle on one candidate and overall squabbling are music to the Make America Great Again crowd's ears.

A long, drawn-out nomination contest — which everyone is now expecting — helps the president. The longer the prize is in play, the longer it takes for Democrats to focus on Trump, build the needed infrastructure for a national campaign and raise the necessary money to win.

Trump got some good news out of the NPR/PBS NewsHour/Marist poll: 41% say the country is headed in the right direction, which is the highest in eight years of the poll; Trump has a 44% approval rating among registered voters; 54% approve of his handling of the economy; and 66% say the economy is working well for them personally.

With those improving numbers and Democratic infighting, Trump and his team are liking their chances.