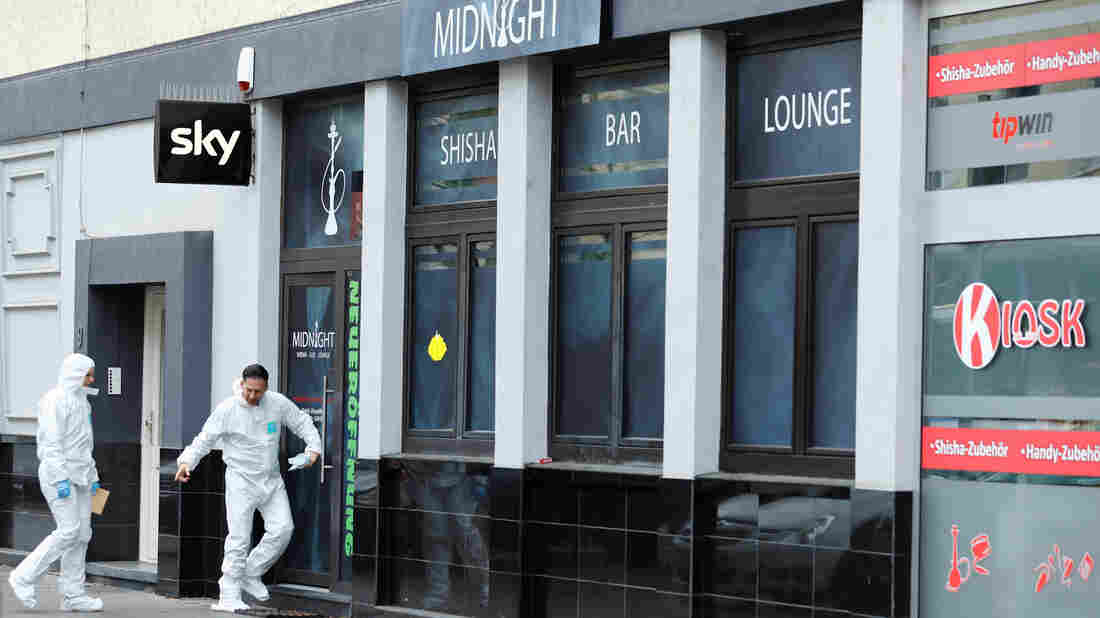 Forensic investigators enter the Midnight shisha bar after a shooting in Hanau, near Frankfurt, Germany. Federal prosecutors have taken over the case, citing a possible motive of far-right extremism. Ralph Orlowski/Reuters hide caption 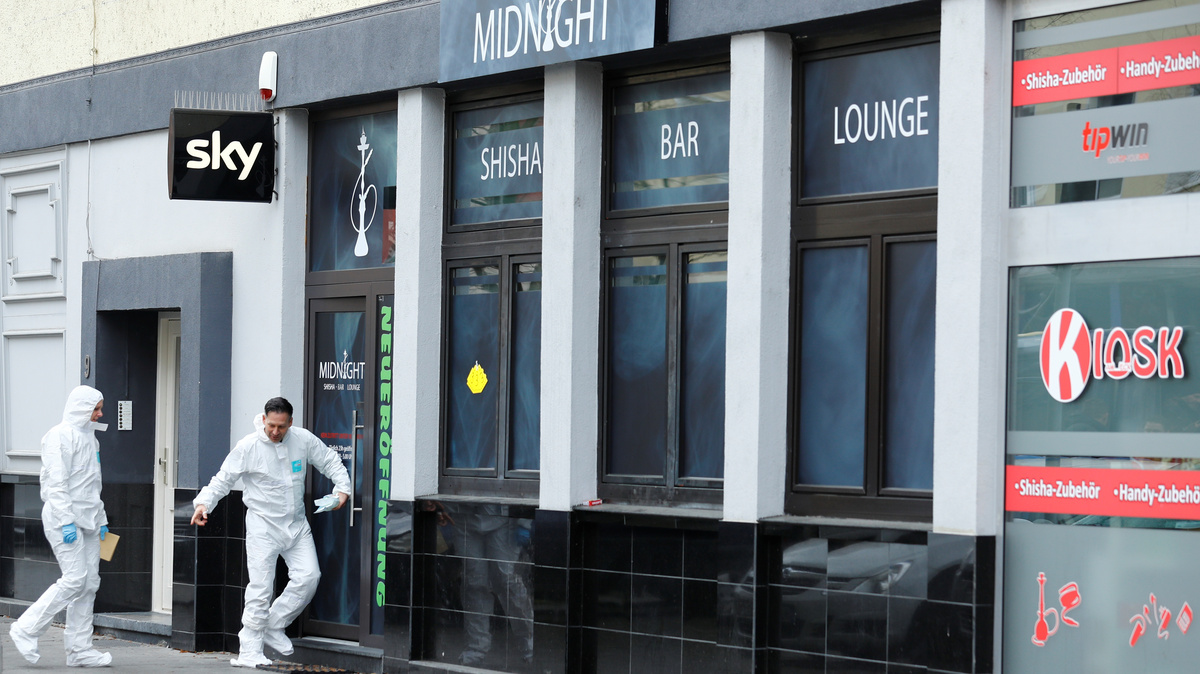 Forensic investigators enter the Midnight shisha bar after a shooting in Hanau, near Frankfurt, Germany. Federal prosecutors have taken over the case, citing a possible motive of far-right extremism.

At least 10 people were killed by a gunman in western Germany late Wednesday at several locations, including two hookah lounges frequented by ethnic Kurdish customers. The suspected shooter, who was later found dead, left a letter and video claiming responsibility, according to multiple German news agencies.

The suspect had reportedly posted materials online that were vehemently anti-immigrant, prompting federal prosecutors to take over the case.

"Racism is a poison. Hate is a poison," German Chancellor Angela Merkel said in a video statement Thursday as evidence began to point to the gunman being motivated by extreme right-wing views.

Merkel added that her government will stand up to anyone who tries to use hate to divide Germany.

At least six others were hurt, including one person with critical injuries, the federal prosecutor's office said at a briefing Thursday.

The gunman first opened fire at a lounge in downtown Hanau, east of Frankfurt. He then drove to a second location about 1½ miles away, killing a total of nine people at the two locations, according to a spokesperson for the South Hesse state police. 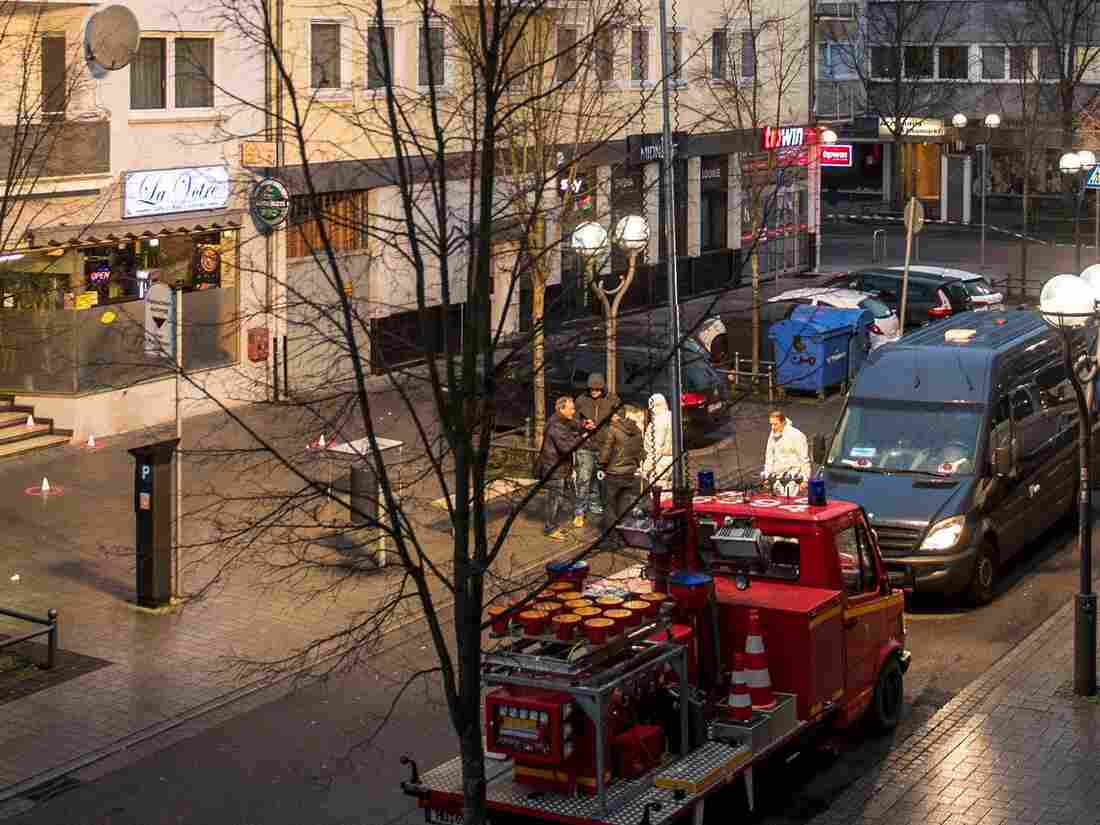 Forensic police work at a crime scene in front of a bar and hookah lounge at the Heumarkt in downtown Hanau, near Frankfurt, on Thursday. Thomas Lohnes/AFP via Getty Images hide caption 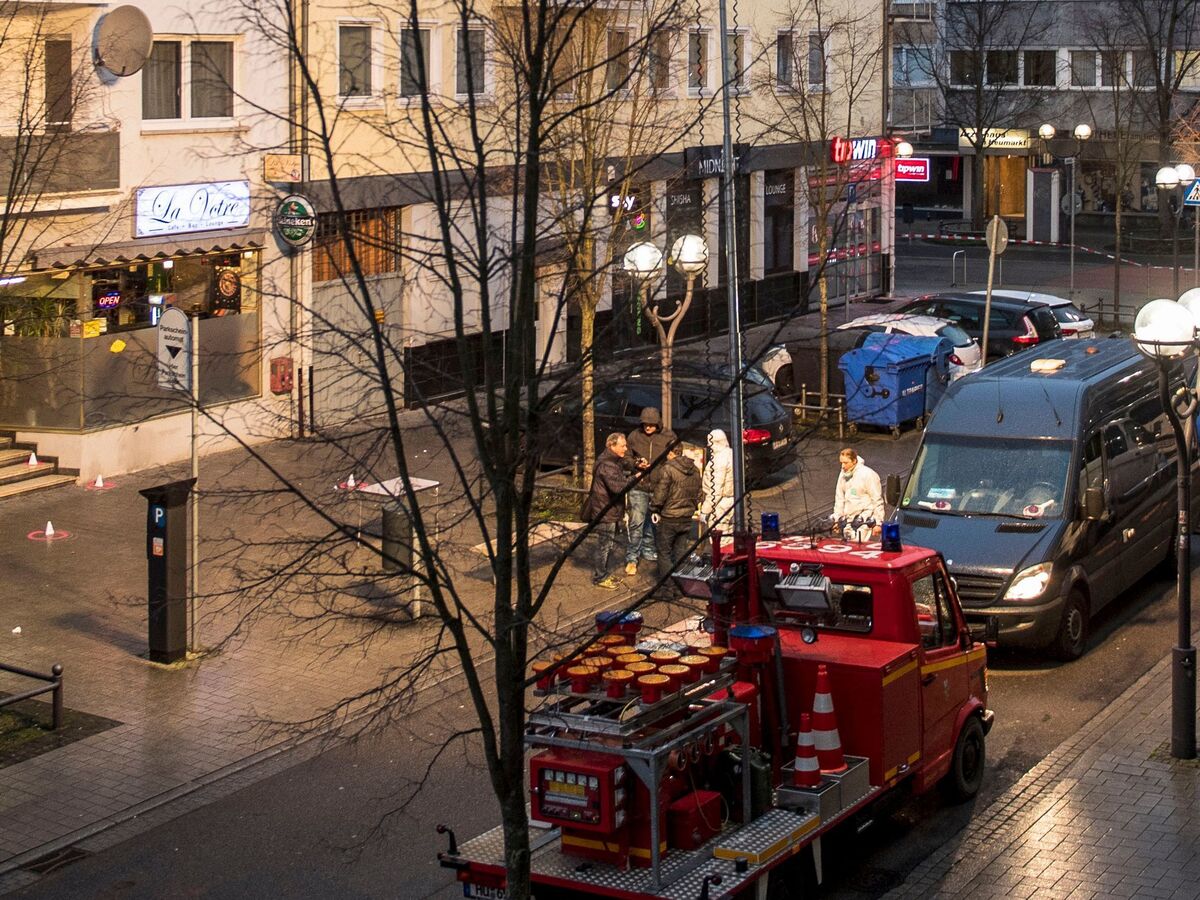 Forensic police work at a crime scene in front of a bar and hookah lounge at the Heumarkt in downtown Hanau, near Frankfurt, on Thursday.

Following a manhunt, police found the body of the suspect in his apartment, along with another body, at about 10 p.m. local time (4 p.m. ET). The second body was later identified as the suspect's 72-year-old mother.

Police say they don't believe anyone else was involved.

Earlier, Steffen Seibert, a spokesman for Merkel, tweeted: "Our thoughts are with the people of #Hanau this morning, where a horrific crime was committed."

Hanau Mayor Claus Kaminsky, speaking to Bild newspaper, called it "a terrible evening that will certainly occupy us for a long, long time and we will remember with sadness."

Peter Beuth, the interior minister for the state of Hesse, where Hanau is located, confirmed local media reports that federal authorities are investigating the shooting as likely linked to far-right extremism.

The attacks come four days a shooting that killed one person near a Turkish comedy show in Berlin and months after an attacker killed two people while trying to attack a synagogue in the city of Halle on Yom Kippur, the Jewish holy day.

In response to the surge in far-right extremism in Germany, the country's parliament, the Bundestag, approved new gun laws last month, further tightening regulations on firearms that are already among the world's most stringent.

After the bill was approved, federal Interior Minister Horst Seehofer said the government's goal was to make sure there were "no weapons in the hands of extremists."

Justice Minister Christine Lambrecht said, "I do not want to wait until arms get into the hands of right-wing extremists."