Accessibility links
Claire Danes On Her 'Homeland Run': 'I'm Filled With Gratitude' As her Showtime series draws to an end, Danes talks about playing CIA agent Carrie Mathison and what it was like navigating adolescence while starring in My So-Called Life. 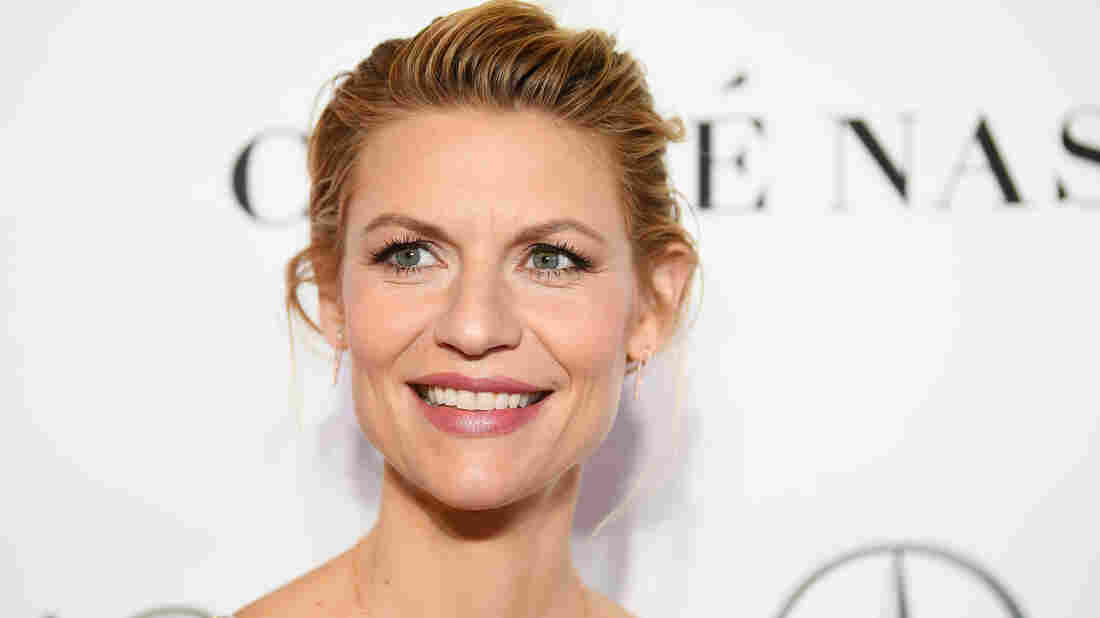 Claire Danes was a teenager when she landed a starring role on the series My So-Called Life, about a girl in high school dealing with anxieties about boys, friends, school and parents. Dimitrios Kambouris/Getty Images for Glamour hide caption 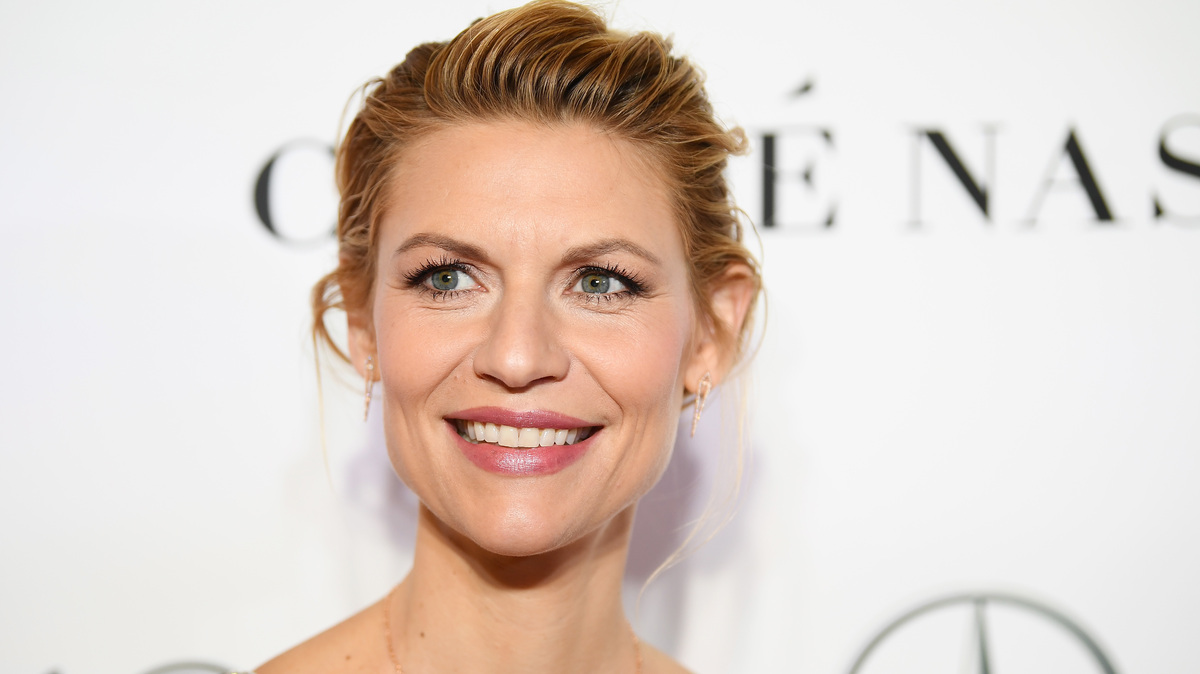 Claire Danes was a teenager when she landed a starring role on the series My So-Called Life, about a girl in high school dealing with anxieties about boys, friends, school and parents.

It has been nearly a decade since actor Claire Danes first appeared as CIA agent Carrie Mathison on the Showtime series Homeland. Now that the show is in its eighth and final season, Danes is feeling reflective about its run.

"I started the show as a barely married person, and I'm leaving the show as a mother of two. [We] just celebrated our 10-year wedding anniversary," she says. "It's going to be a while before I can understand and I can appreciate what this is all meant to me. ... More than anything, I'm filled with gratitude."

On Homeland, she plays a brilliant agent who is sometimes subject to erratic behavior because she has bipolar disorder. The series initially focused on fighting terrorism, but more recently, Homeland has dealt with Russian meddling in American politics and a conspiracy within the American government to take down the president.

"Every year before the writers start designing the season, we spend a week in D.C. talking to people in the clandestine services and journalists and political insiders. We kind of take a deep dive into what's churning and what's going to be especially relevant in a year's time when the show is going to air," Danes says. "Even so, there's always some kind of inexplicable force at play that creates some mirroring that there's no way we could have even anticipated."

On filming Homeland through both of her pregnancies

At one point [when] I was pregnant with Cyrus, we were shooting the second season. I was about seven months pregnant. It was a night shoot. We were shooting in some old sewage factory, some kind of icky, icky place. I had been kidnapped by the baddie of the season, Abu Nazir. And I was handcuffed to a pipe. It was 4 in the morning. I was so tired. And I just thought, "I don't think this is safe." This is exactly the opposite of where I want to be. ... 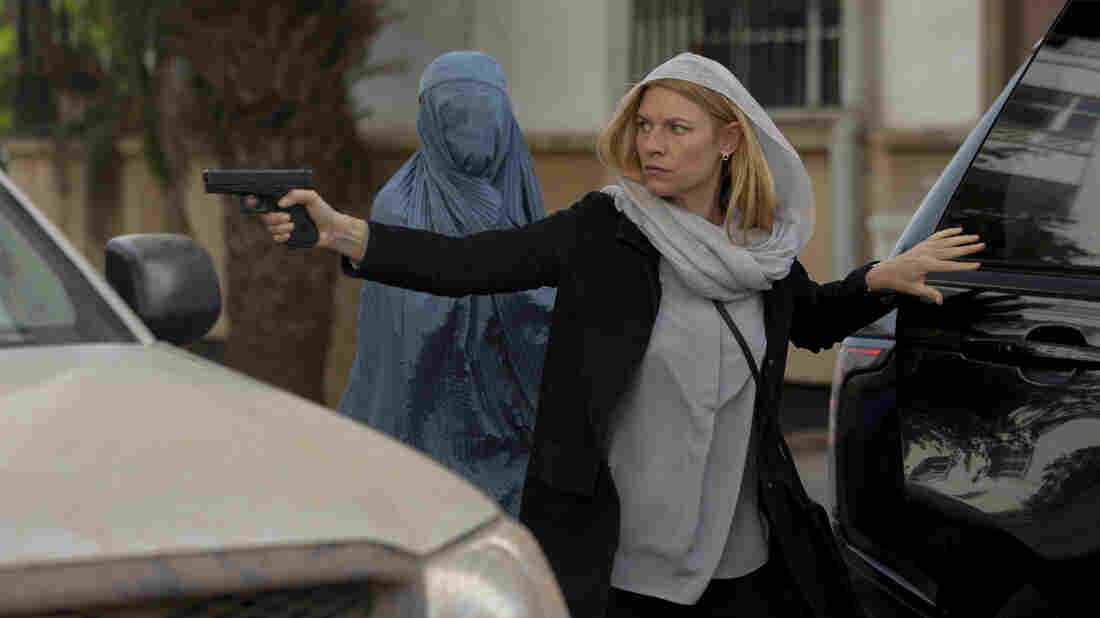 Over the course its eight-season run, Homeland has filmed in locations around the world, including Israel, Morocco, South Africa and Berlin. Sifeddine Elamine/Showtime hide caption 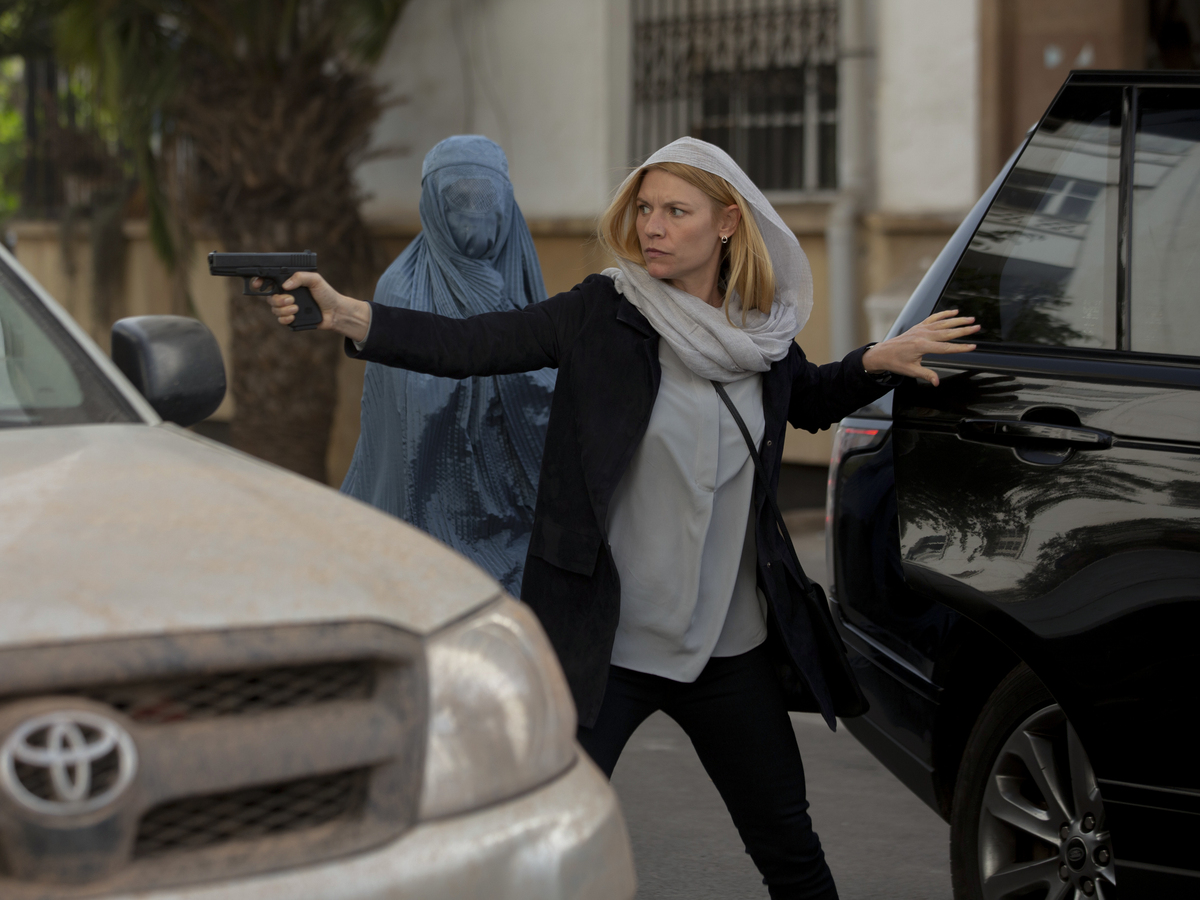 Over the course its eight-season run, Homeland has filmed in locations around the world, including Israel, Morocco, South Africa and Berlin.

And then with Rowan, five years later, I was filming [during] the first and second trimester ... so then the challenge was just being exhausted all the time and nauseous, and I kept falling asleep in between takes, but I couldn't tell anybody why. My dresser, who's this really lovely woman, she had crocheted a bag for me, and I fell asleep on this crocheted bag, and it looked like I had third-degree burns on my face. They put a hair dryer to it. We had to wait for about 20 minutes before we could film. I just thought: "Oh my God, do they think I have a substance abuse issue?" I was really paranoid about that, but I was just so exhausted and I just wanted to scream, "I'm pregnant!"

On her breakout role in My So-Called Life

I remember just being amazed by the quality of the writing, that somebody out there had been able to articulate what I was going through so, so perfectly. I hadn't encountered that before. So it was just a profound relief and I understood it — and I felt understood by it. I think I was really lucky that the people making that show had the sensibility that they had, that they were really interested in telling a story that was really confrontingly honest.

It's expensive to hire an actual kid. Usually it's an older person who can pass for a teenager, because the union is very strict about child protection. Every kid has to go to school for three hours a day. They can only film for 10 hours a day. So it's a real investment. But I think they were very keen to protect the veracity of the show and have an actual high school person render what it was to be in high school.

On navigating adolescence while also being on TV

Adolescence is a difficult time, full stop. In some ways, I think I ran into acting because I was struggling emotionally just with that reality. I really had a hard time in junior high school and was bullied and I just hated the social dynamics. I got to reflect on that in such an incredible way with My So-Called Life. And then I was kind of buffered from the actual experience of it, because I was suddenly in a world full of adults who were much more humane. ... But at the same time, I was also not having to develop these social strategies or techniques. My development emotionally was a little stunted, and that did catch up with me eventually. That was a major reason why I chose to stop acting for a time and I went to college to just give myself a chance to catch up with some of that developmental work, and just hang out with kids my own age in a safe place.

On experiencing terrifying visions of ghosts and gargoyles as a kid

I probably had a very active imagination and was learning how to wrangle it, to differentiate the real from the unreal, and that takes discipline. I think I was still just developing it. I also think maybe there was a kind of burgeoning OCD, because a lot of the behavior was ritualistic. These creatures that I "saw" would to talk to me and tell me to do things like ... hold a contorted position for 20 minutes or something. But I think there were some overlaps there, and it didn't take long to undo it. As soon as I found myself in a therapist's office at 6 [years old], I was like, "Oh, I think I have a problem." And as soon as I became conscious of it, it almost immediately started to dissipate.

I was worried about selling out, and I knew that I was malleable as a performer, that I was still very new at this and kind of fungible and I didn't want to develop bad habits, which I might do on a soap opera. So it was self-protective. That sounds so precocious. I haven't had as much integrity, ever! I remember my agent was rather surprised that that was such a clear pass for me. I can't account for these things. They're funny to me now, especially now that I have kids, because I just think of age so differently. My boys seem so tiny and to think that in two years' time, Cyrus might be thinking about these ideas is incomprehensible.

Heidi Saman and Seth Kelley produced and edited the audio of this interview. Bridget Bentz, Molly Seavy-Nesper and Meghan Sullivan adapted it for the Web.