Accessibility links
Interview: Jeff Sharlet, Author Of 'This Brilliant Darkness' Journalist Jeff Sharlet's new book is a memoir told through images and stories of other people; it grew out of a series of Instagram posts about night shift workers he met and photographed. 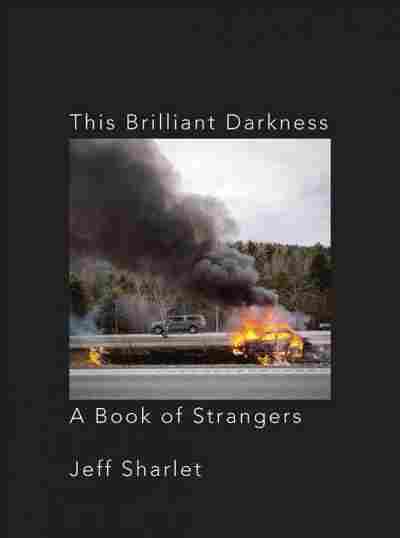 A Book of Strangers

The darkness is always there. It can be very beautiful. I don't necessarily want to shine a light that dispels it. I want to live with it.

This Brilliant Darkness is a book born of insomnia. It's a collection of snapshots and written profiles by author Jeff Sharlet that take us deep into other people's lives.

And by doing that, Sharlet says, he's really trying to tell us his own story. "I originally sort of thought of it as a memoir through other people's lives. It's bookended by two heart attacks, my father's, and then two years later, my own," he says. "I'm a journalist, and my life was sort of falling apart and the only way I knew how to put it together was through stories. So it's a collection of the strangers whose stories I shared, they shared with me in those years between those heart attacks, and attempting to find a narrative together."

On telling his own story

I've been a journalist for a long time, a non-fiction writer, and when we write about other subjects, I think sometimes people don't realize that, of course, the stories that we tell, we're driven to tell those stories, we're always telling our own story. There's a phrase out there that I really am not fond of ... especially if you're writing about the poor or people who are marginalized, "giving voice to the voiceless." And I don't like that phrase. I don't like the idea that I'm telling other people's stories. Their stories are their own. The only story I can tell is mine, of the encounters between us. And that's always happening in non-fiction. And I think in this book for me, encountering strangers, taking their photographs, taking just sort of these snapshots of these moments that we shared together was a way of narrating this experience that I was having, encountering them, and then thinking about how these stories work together to account for what was happening in my own understanding of the world. 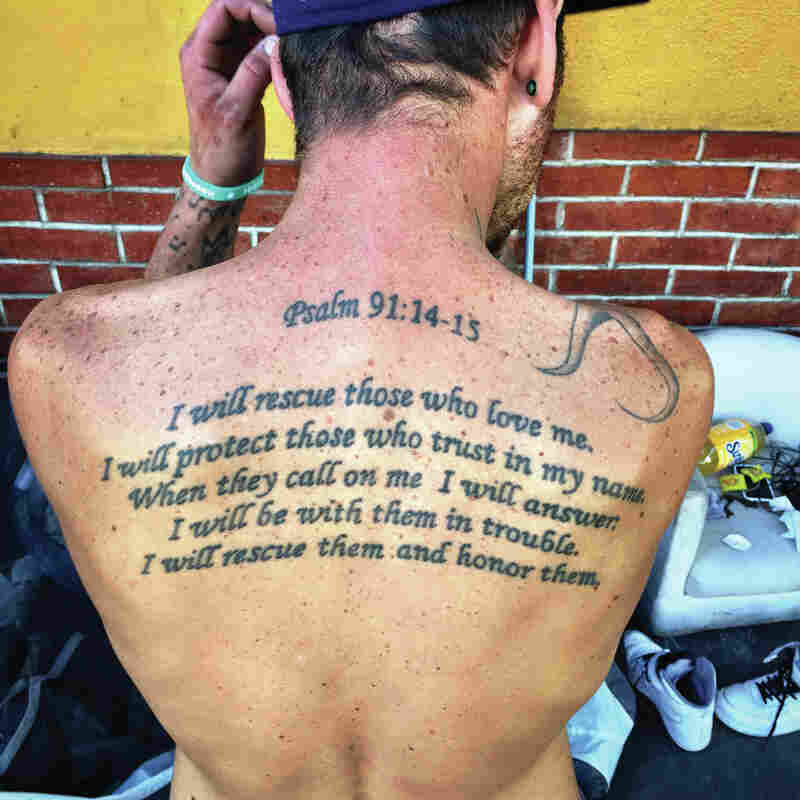 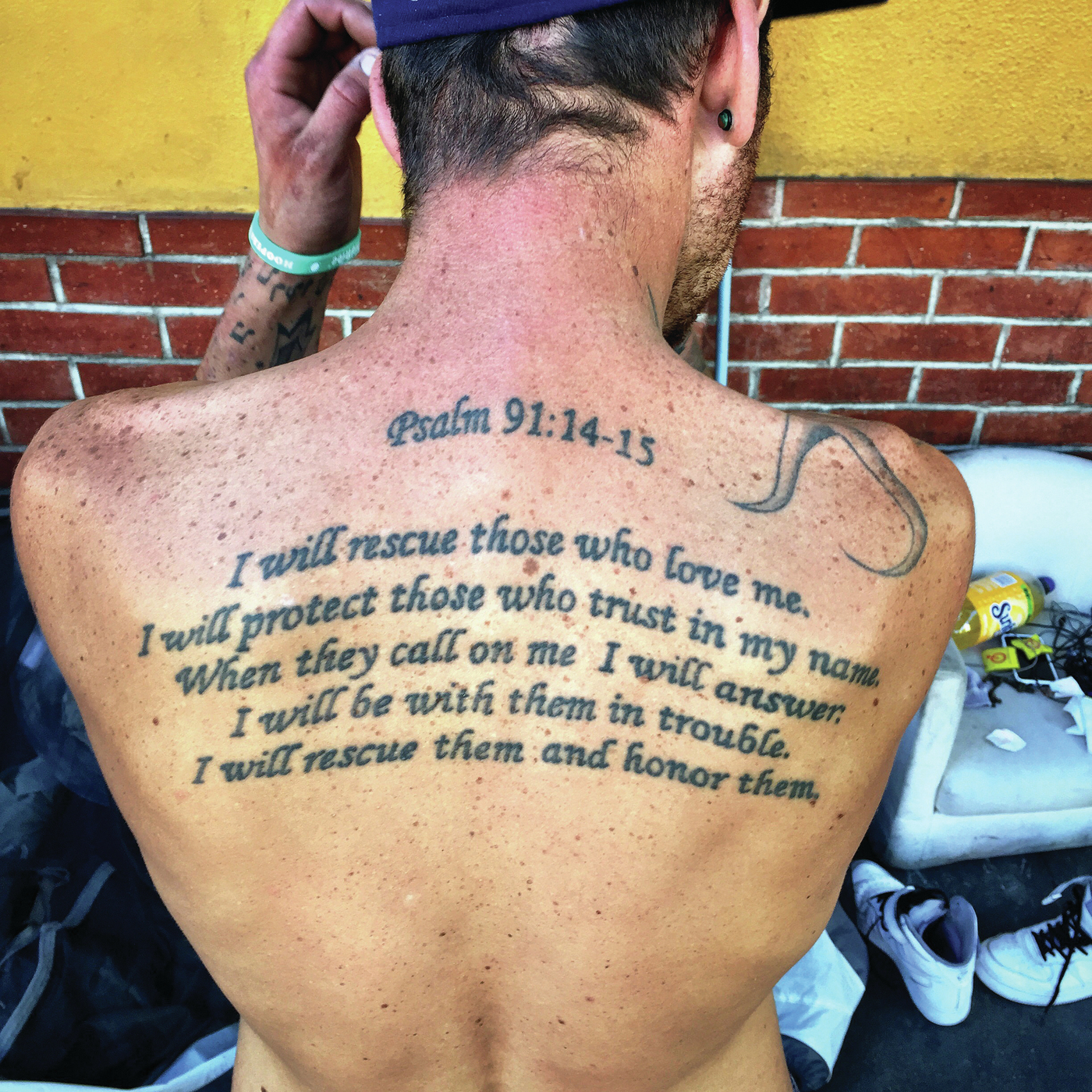 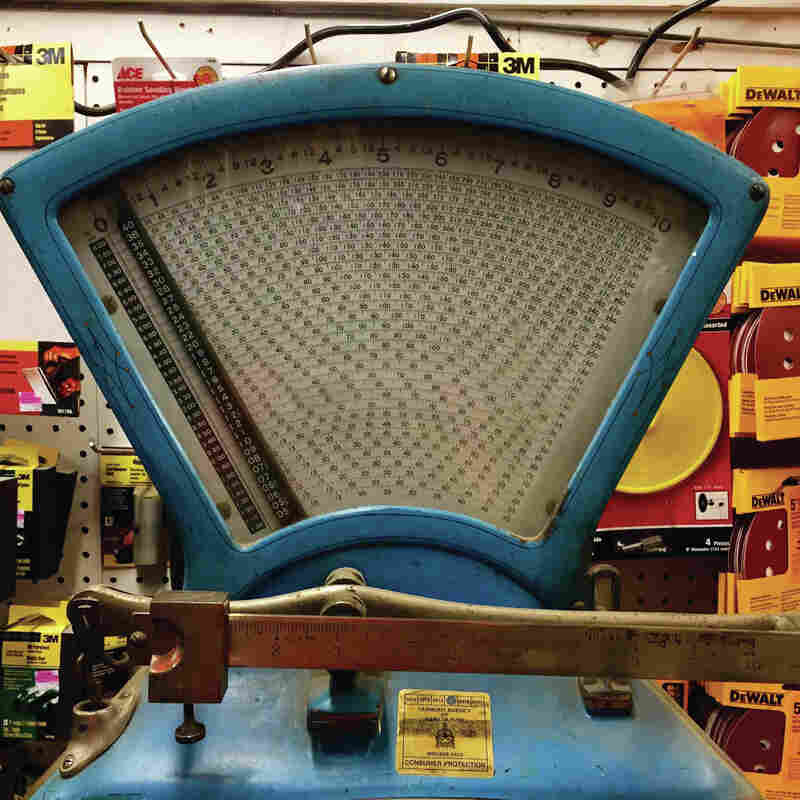 Sharlet took this photo of a scale at his local hardware store while buying his daughter Play-Doh. Jeff Sharlet/Jeff Sharlet hide caption

You know, this book began when I was working in a Dunkin' Donuts in West Lebanon, New Hampshire. There's not a lot that's open late around here. So I was there working on a magazine deadline. And I've been a magazine journalist for a long time. And I know how to tell those stories. And I think those stories are great value. But I was getting frustrated — don't want to say the formulas, but the patterns, and telling those stories over and over, and the story were you have a trend or a larger point or an argument where the people you meet are not so much people in themselves, as illustrations of some larger conversation.

And look, that's important work and it needs to be done. I was burned out from doing it. And that night I looked up and I see the night baker. He's wearing this T-shirt with this sort of baroque, ornately drawn skull, which is not the Dunkin' Donuts uniform, you know. And I get to talking to him and it's his last night on the job. He can't stand the night shift anymore. This is his way of expressing his feelings about that job. And I ask if I can take his picture. And I notice there's this little tattoo of a tear beneath his right eye and ask him about it. And it was for his son who had died at two months old. And we suddenly sort of stumbled into this space of intimacy. And we were both there together — for me to pretend that I was a fly in the wall at that moment in the middle of the night with this person, that would be inaccurate. That would be false. And I was trying to tell a true story.

On talking to people on the margins of society 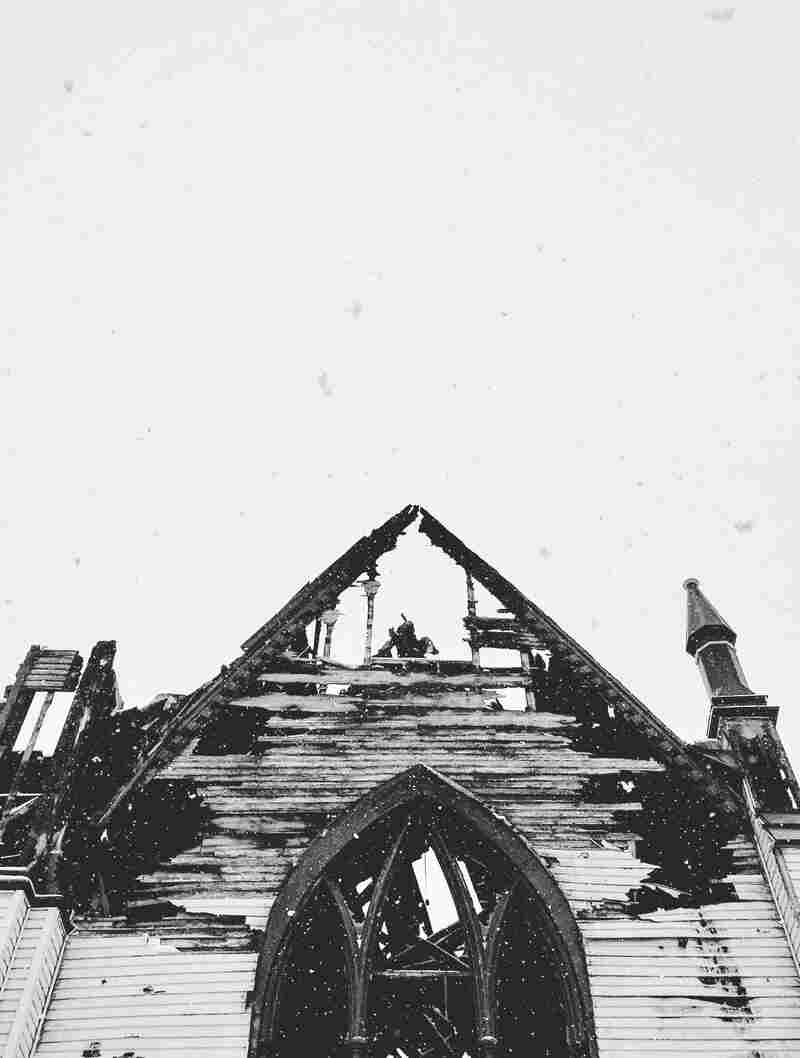 You know, I'd been reporting for years and I'd collected a lot of stories. And I'd sort of always thought that you moved from one story to another. And it hadn't occurred to me that stories accumulate, and they had accumulated for me, and they were keeping me awake at night. You know, the hard stories one sees and absorbs over the years. And these were sort of other night shift people. The book began with me sort of posting these pictures in an Instagram and I'd put a hashtag #nightshift, and then I'd click on the hashtag and I'd see these thousands of other people who were awake at night documenting their existence. And there was a kind of a a community and solidarity there. And those were the people I guess I found.

On the idea of brilliant darkness

I have some images of, well, you know — we go around the world to Moscow, to Nairobi, to L.A., and then we return to this of this little part of Vermont where I live in and this field that I love to take photographs of. And especially after the heart attack, as I was recovering, I would go for these long walks at night, and think about the night shift and think about darkness and think about that it's always there. And the line that accompanies one of those images is, "this brilliant darkness with which I am coming to terms." The darkness is always there. It can be very beautiful. I don't necessarily want to shine a light that dispels it. I want to live with it.

On whether he's kept in touch with people in the book 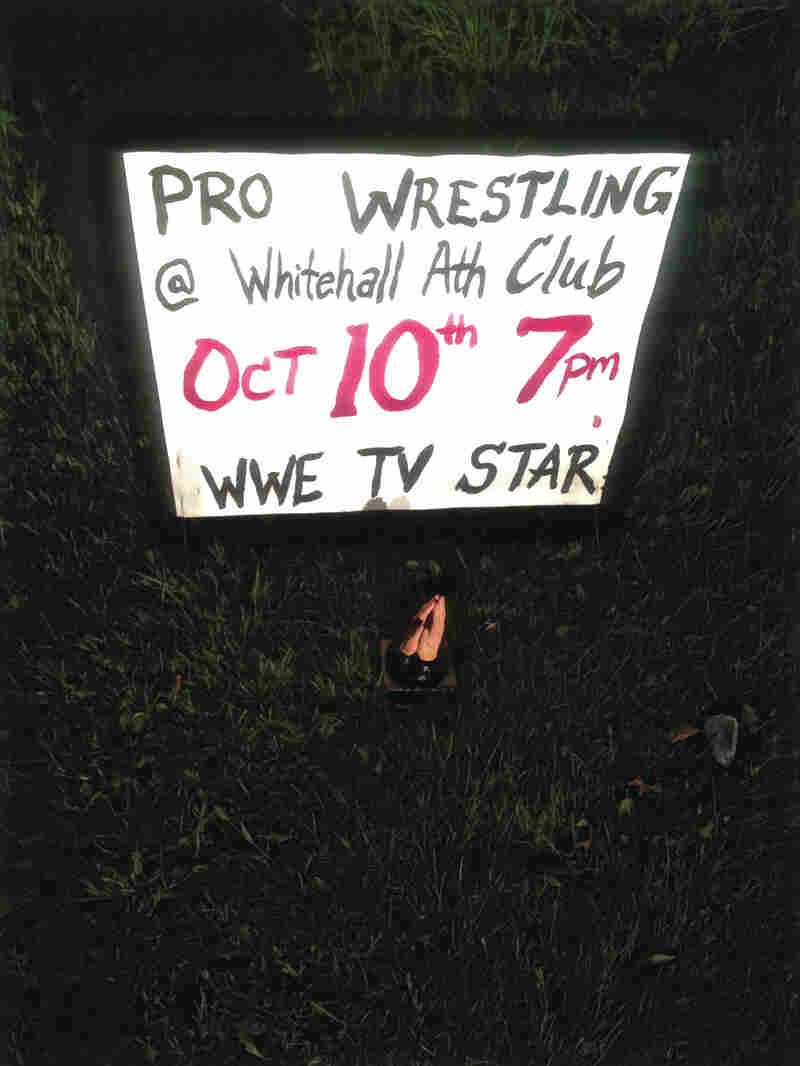 Some, and some I wish I could. Mary Mazer, who was a 61-year-old woman living in a transient motel, welfare motel in my hometown of Schenectady, New York, and who really participated, and wanted to participate and sort of collaborate in deep way. But Mary goes in and out of homelessness. She is very suspicious of everybody. Her best friend is a plant that she carries around, and she understands how people see that. But, you know, she has this great line, she says, "it's my brain and I'll do what I want with it." And that's how her view of her mental health is. And when she is back out on the street, it's very, very hard to find her.

Others, there's a man named Jared Miller on Skid Row who, he was what the local dealers called a "spice pet." Spice, a street drug. And in return for a certain amount of drugs, he ran errands for them. He had a young son to whom he wanted to get back. He was hoping to clean himself up. And I ended up coming to know his mother, and knowing he went to rehabilitation. He, you know, there was a chance that he made it. And in the end, he didn't. He died. But to me, one of the things I learned from this reporting is, I think that the temptation of tragedy and tragic stories is this sort of the constellation of inevitability, the sort of belief that well, they couldn't have been any other way.

And I look at Jared Miller and Jared Miller did die. But always, always these moments remind us that it does not have to be that way. That's what I mean about sort of setting the pictures and emotion with words, and stories and emotion with images. I don't want these to be frozen moments, isolated from time. I don't want them to pretend to omniscience. I want them to suggest the very fragmentary nature of life that leaves those possibilities that are not tragic open.

This story was produced for radio by Aubri Juhasz and Jolie Myers, and adapted for the Web by Petra Mayer.