Accessibility links
Zach Woods, from 'Silicon Valley,' 'The Office,' 'Avenue 5' and more It's Zach Woods! You may know him best from NBC's The Office where he played the truly dreadful Gabe for three seasons. You've also seen his work as Jared Dunn on the HBO series Silicon Valley. He currently stars alongside Hugh Laurie on the TV show Avenue 5. It's airing now on HBO. Zach talks to Bullseye about what initially drew him to acting, his secret comedy life as a teen taking the train from Pennsylvania to New York and how his anxious personality helped him tap into his latest character's psyche. Plus, he'll share his favorite inspirational RuPaul quote with us. All that and more. Let's go!

Zach Woods, from 'Silicon Valley,' 'The Office,' 'Avenue 5' and more 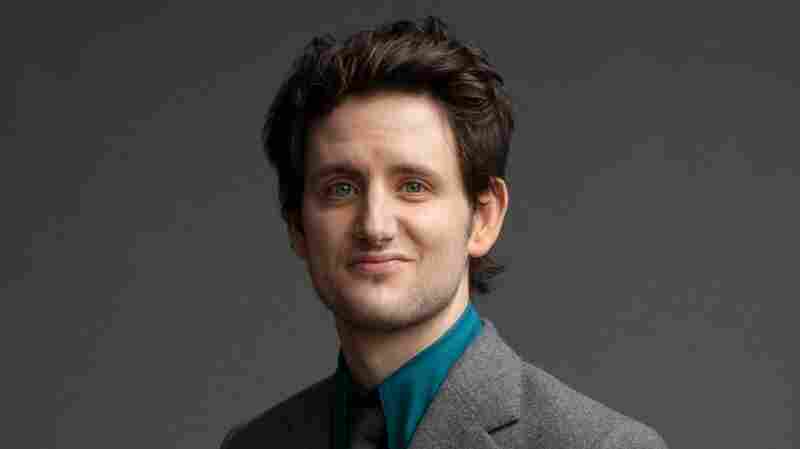 Zach Woods is one truly funny guy. He's the type of actor who can deliver a line so outrageously mean or over the top shocking but with such a sense of earnestness that it knocks you clear off of your square. You probably know him best from his work as the malicious corporate cog Gabe Lewis on NBC's The Office or as the habitually stepped-upon Donald "Jared" Dunn on HBO's Silicon Valley.

He didn't think he'd become an actor growing up. Instead, he wanted to play the trumpet and saw it as a great way to finance his college aspirations. As a teen he got into improv and spent two days out of his week taking the trains from his home in central New Jersey up to New York City to take classes. By sixteen, he was performing at the Upright Citizen's Brigade Theater.

After teaching improv at Columbia and Duke, he landed roles in web series and commercials. His first big part was in In the Loop, an independent film shot in London starring the late James Gandolfini and directed by Armando Iannucci. The film was a black comedy spin-off of the BBC television series The Thick of It which satirized Western politics.

He reunites with Iannucci in his latest project, Avenue 5. He stars alongside co-stars Hugh Laurie and Josh Gad. It's a show set in a not-too-distant future. Space tourism is booming with cruises. And one of the ships gets knocked off course. A journey that was supposed to take eight weeks is now gonna take three years. The show is smart with a biting sense of humor.

In the series he plays Matt Spencer, the Head of Customer Relations on the ship. He's a friendly nihilist who has lost all interest in tending to the needs and fears of his customers aboard the ship. He is also completely apathetic about their present fate.

Zach talks to Bullseye about what initially drew him to acting, his secret comedy life as a teen and how his anxious personality helped him tap into his latest character's psyche. Plus, he'll share his favorite inspirational RuPaul quote with us!

Zach's also currently starring alongside Will Ferrell and Julia Louis-Dreyfus in the film Downhill, a remake of the 2014 Swedish film Force Majeure.

The inaugural season of the show is currently airing on HBO. In February, HBO renewed Avenue 5 for a second season.