Accessibility links
New Toll Roads In Florida? Rural Residents Push Back To prepare for more development, lawmakers in Florida are commissioning new toll roads through rural areas. But some communities are pushing back. "We don't need this toll road," one resident says. 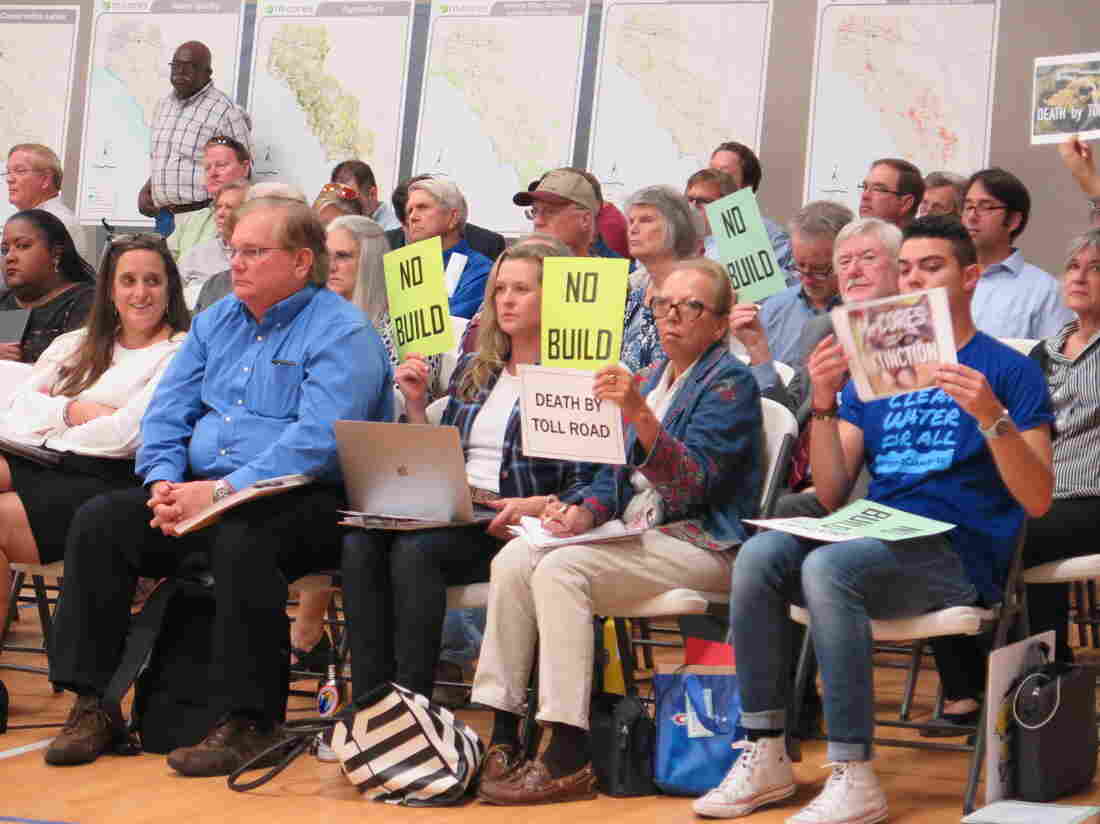 Opponents of the proposed toll roads have been outspoken at public meetings like this one in Madison, Fla. Greg Allen/NPR hide caption 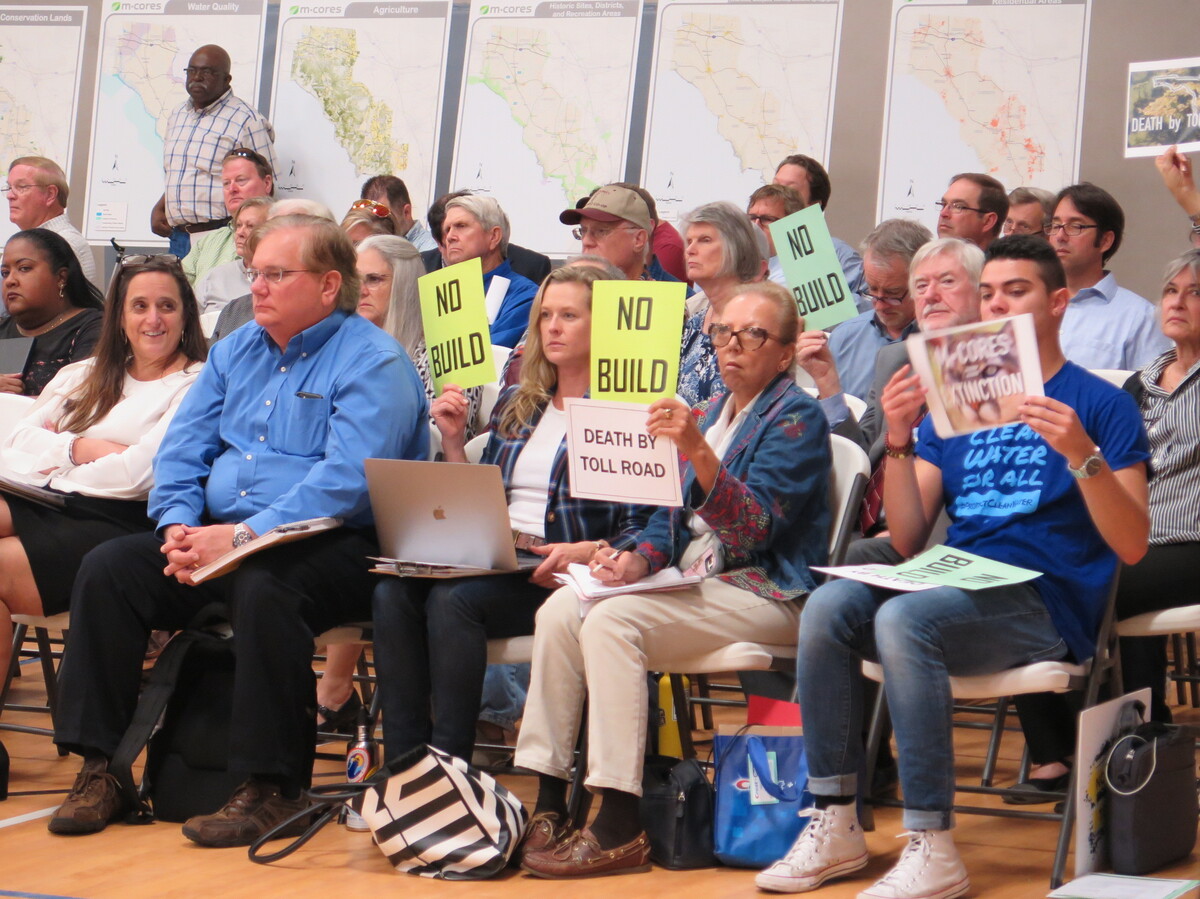 Opponents of the proposed toll roads have been outspoken at public meetings like this one in Madison, Fla.

Florida is planning a major expansion of its highways with a series of toll roads that would open new parts of the state to development.

Exactly where the roads will go hasn't been announced yet, but opposition to the highways is growing in rural areas such as Jefferson County in North Florida. Mike Willis' family has lived there since before Florida became a state. He likes to refer to it as "the other Florida."

"Most people think of Florida as palm trees, white sandy beaches," he says. "We have rolling clay hills and beautiful pine forests."

It's a quiet, rural county without a single stoplight, mostly timberland and cattle ranches. Willis says many people there want to keep it that way. That's why they became alarmed when word came down from the state Legislature that a new toll road would likely come through their county.

Florida's road construction industry, along with the trucking and asphalt contractors associations, was among those promoting three new toll roads, including one that would begin on Florida's Gulf Coast and end somewhere in Jefferson County.

Monticello, the county seat, is a small country town with a courthouse with bells that ring on the hour. A historic opera house, restaurants, antique stores and other shops make it a popular destination for out-of-town day trippers.

"We have two new clothing shops downtown," says Michelle Arceneaux, who until recently was head of the Chamber of Commerce. "We have a new gift shop and she's thriving. So, we've had a lot of great success in the last few years." 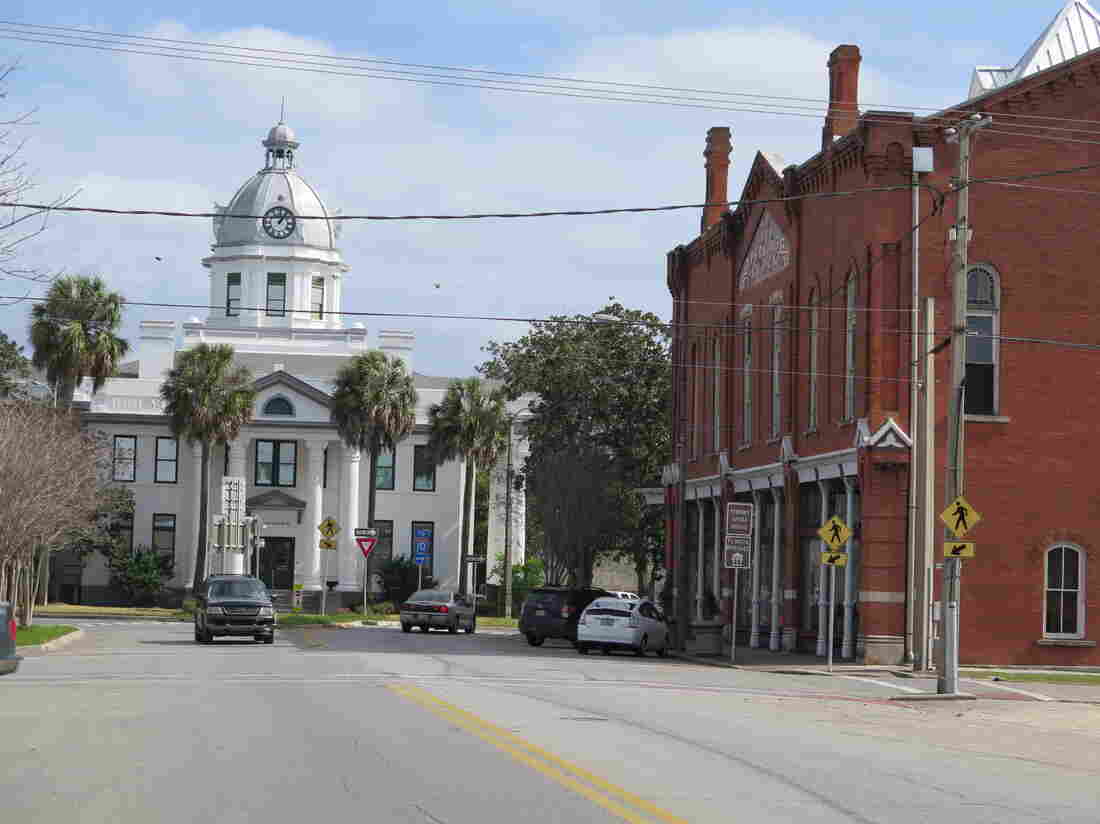 The Opera House and the Jefferson County Courthouse in Monticello, Fla., are at the center of its historic downtown. Greg Allen/NPR hide caption 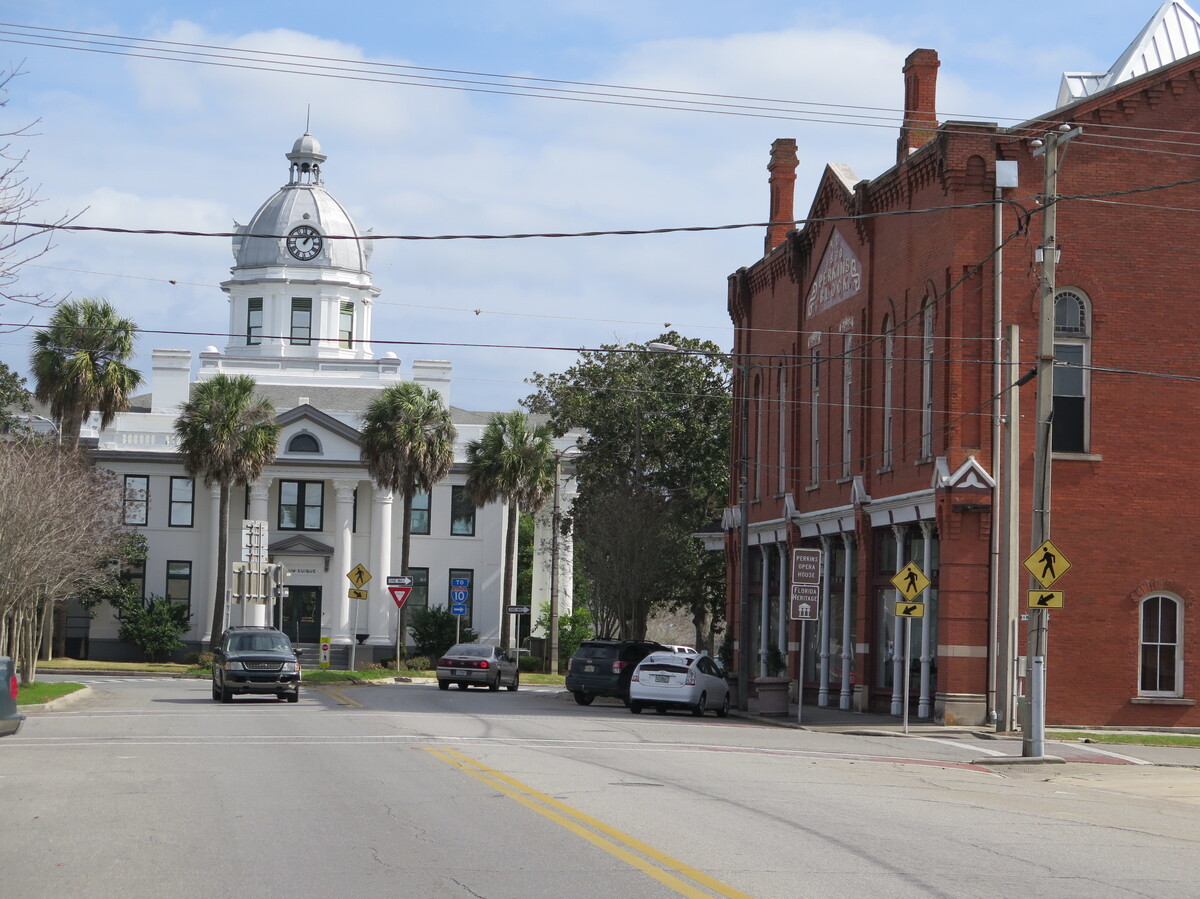 The Opera House and the Jefferson County Courthouse in Monticello, Fla., are at the center of its historic downtown.

Arceneaux and other merchants worry that a new toll road will suck the life out of Monticello's thriving downtown. People here are also angry about how the decision to build the new highways was made.

New roads typically are proposed by the state Department of Transportation after years of traffic studies and planning. These new toll roads were ordered by the state Legislature — a top-down process that has left many distrustful and suspicious. Task forces have been set up to study where they should go. But J.T. Surles, a Jefferson County commissioner, thinks that decision has already been made.

"It's naive, to me, to think there's not a roomful of people somewhere that don't know exactly where this thing's going," he says. "They're just really keeping us in the dark on where that is."

The president of Florida's Senate, Bill Galvano, proposed the new toll roads and pushed for their approval. He says hundreds of people each day move to Florida and the new highways are about preparing for the future, not about opening Florida's rural areas to development.

Public meetings to discuss the new roads have been well attended and sometimes heated. Some county officials and local business groups support the roads for the jobs and development they would bring. Environmental groups see the roads differently.

Charles Lee of Audubon Florida says, "The original bill filed to build these roads would have constituted the most disastrous single thing that's ever happened to the rural areas and the environment in the state of Florida."

Lee believes environmental protection safeguards now in place should minimize the impact. But he and others remain worried the new roads could go through natural and agricultural areas that provide habitat for endangered species, including the Florida panther. They're hoping to minimize the impact to the environment by persuading planners to locate the new highways along already existing routes.

Infrastructure Experts Wondering Where Funding Would Come From For Trump's Plan

Infrastructure Experts Wondering Where Funding Would Come From For Trump's Plan

That may help protect the environment, but it does little to alleviate concerns about the traffic and development the roads would bring to rural areas. In Jefferson County, there's a push for the commission to ask the state to remove it as the likely terminus of the new toll road. Jefferson County Commissioner Betsy Barfield opposes that move. A new highway, she believes, may bring benefits.

"If we are smart about where the toll road is going to go, how that growth is going to look, then I believe we can mitigate some of the fears that people have about Jefferson County looking like a Central Florida," Barfield says.

As planners discuss where to put the new roads, one thing they haven't figured out yet is how to pay for them. Building more than 300 miles of new highways may cost more than $10 billion. Opponents hope that high cost, along with growing concerns in rural areas, may lead policymakers to scale back their plans.

A previous version of this story quoted Charles Lee of Audubon Florida as saying of the roads, "They would constitute the most disastrous single thing that's ever happened to the rural areas and the environment in the state of Florida." Lee was talking about the original legislation, which was later amended to add environmental protections and task forces to solicit public input.