City Scenes: Inside The History Of A Storied Kansas City Venue

City Scenes: Inside The History Of A Storied Kansas City Venue 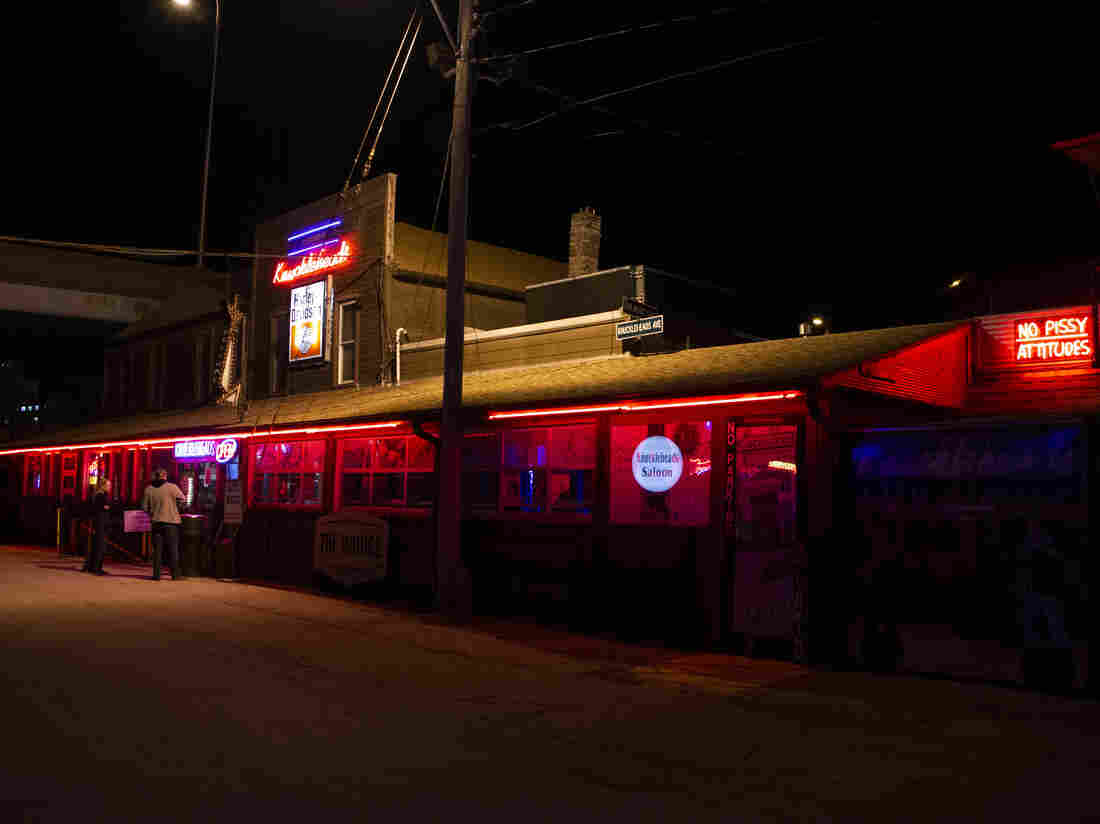 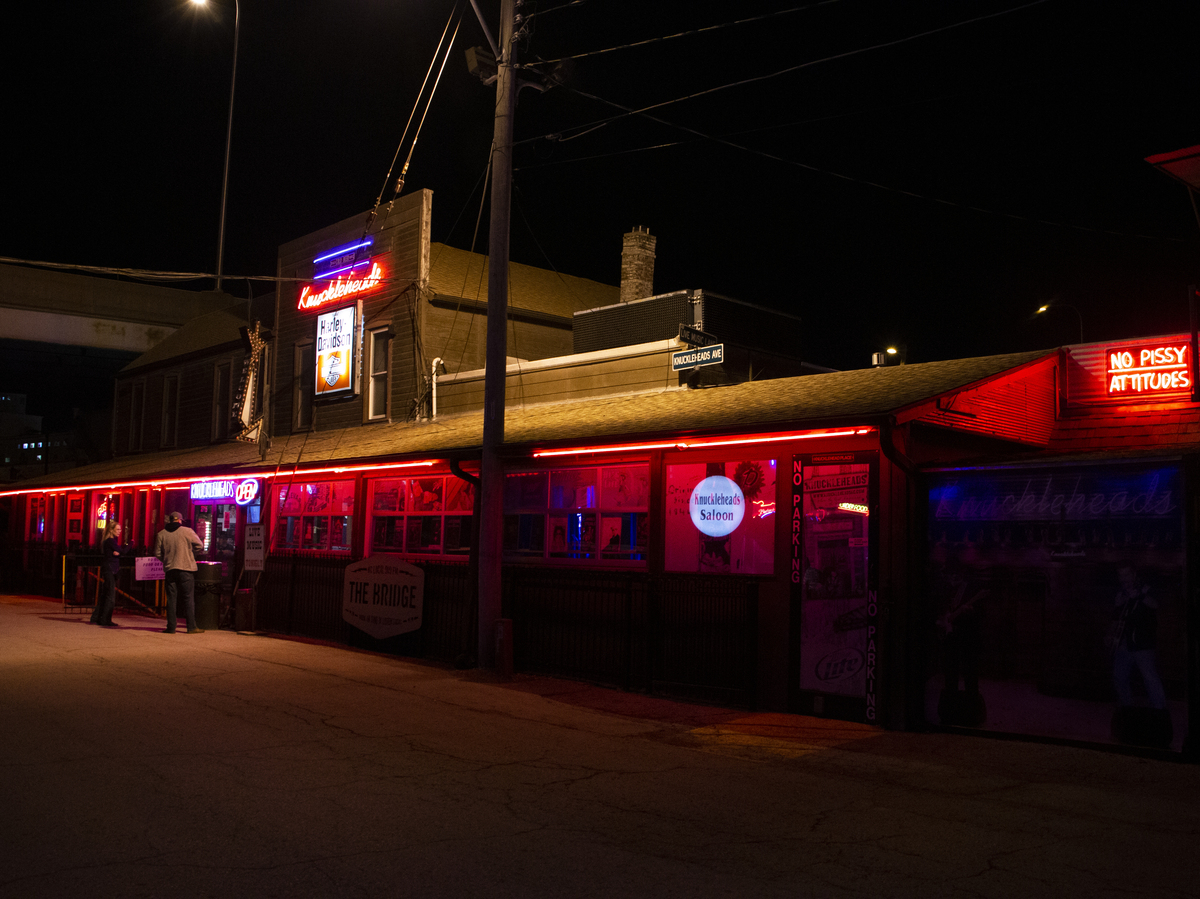 Frank Hicks' initial plan was to open a motorcycle repair shop and parts business, a side job to the body shop he ran down in East Bottoms — an outpost along the Missouri River marked with train tracks, warehouses and industrial businesses in Kansas City, Mo.

To attract more customers to his new, hard-to-find business, Hicks started hosting parties featuring live music and free yard beer; they grew so popular that he began booking them regularly and charging $10 admission to cover costs. He eventually applied for the appropriate licenses and permits and became a legitimate bar.

These days, the body shop and motorcycle businesses are long gone, replaced by Knuckleheads Saloon, a music venue that comprises four stages and hosts some of the biggest names in music, from recent stars like Margo Price, Sturgill Simpson and Jason Isbell to music royalty like Lucinda Williams, Bruce Hornsby and Merle Haggard.

He would change the scope of his venue considerably in 2004 when the venerable Grand Emporium, another Kansas City music venue, closed its doors.

"I started getting calls from agents looking for places to play," he says. "That's when we decided to become a full-fledged music venue." 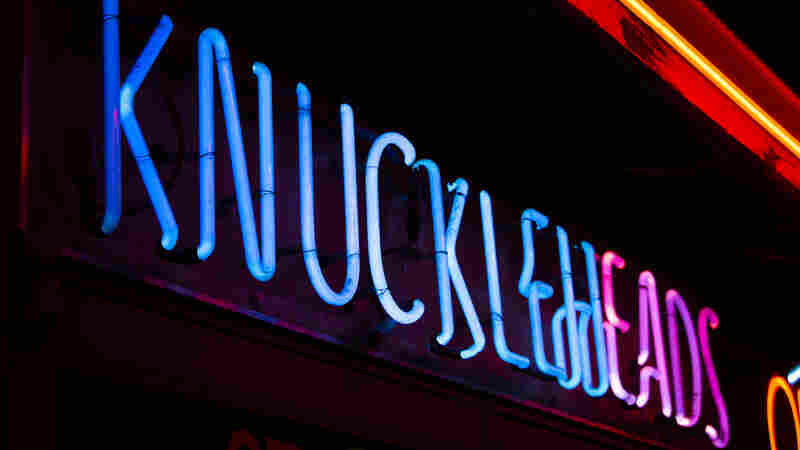 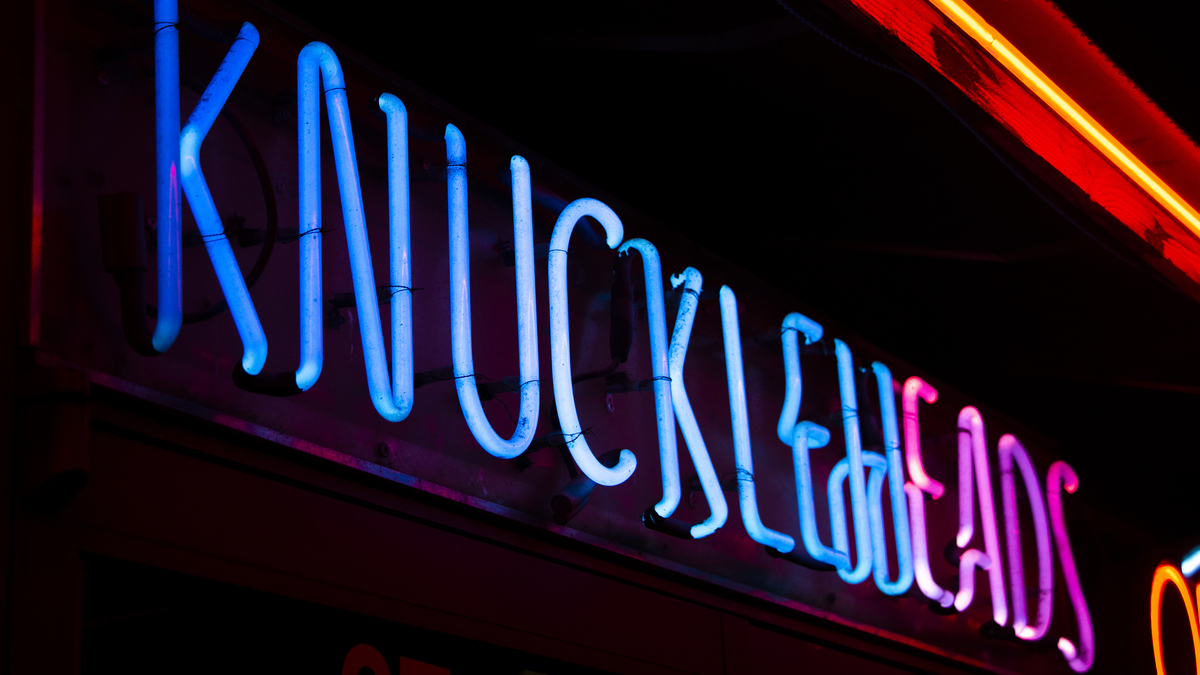 "My dad and I watched the Three Stooges a lot, and they were always calling each other knucklehead, and Harley made an engine called the Knucklehead, which I thought was their best-looking engine. They stopped making it in 1947, which is the year I was born," he says. "So it was in memory of my dad and the Harley engine. I'm not sure now [if] it was the best decision, but here we are."

Knuckleheads opened in a railroad boarding house that is over 120 years old, which Hicks bought in 1985 and was, for a while, the living quarters of one of his sons. It originally included two stages: one indoors, with a capacity around 250, and one outdoors, which now can hold as many as 1300 people.

Our Backstage Pass Takes Us To Knuckleheads Saloon In Kansas City

Our Backstage Pass Takes Us To Knuckleheads Saloon In Kansas City

The outdoor stage includes a caboose that was once part of a restaurant. A friend bought all the cars, and when Hicks offered to buy the caboose for the stage, the friend told him "You can borrow it until I die. Then you'll have to deal with my daughter."

In the early 2000s, a microburst storm severely damaged the outdoor stage, resulting in a major remodeling of the space. It also nearly toppled the caboose, which has since been implanted in the ground and rendered immobile. It seats as many as 14 people.

The car stands as a symbol of the tracks that run just south of Knuckleheads. The sound of trains rumbling by — horns blaring and drowning out the music — is a trademark of the venue and part of the romance of the raw, rugged environs that surround it. 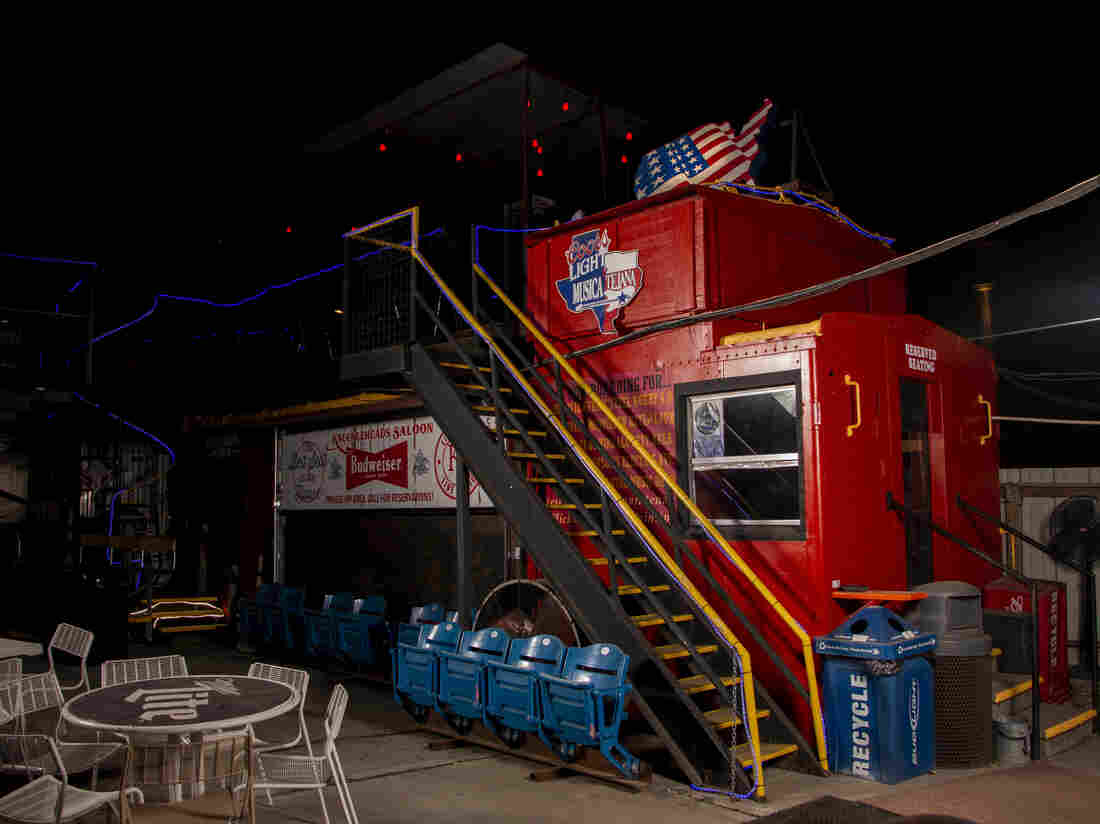 The train car, now located near the outdoor stage, stands as a symbol of the tracks that run just south of Knuckleheads. Cole Blaise /90.9 The Bridge hide caption 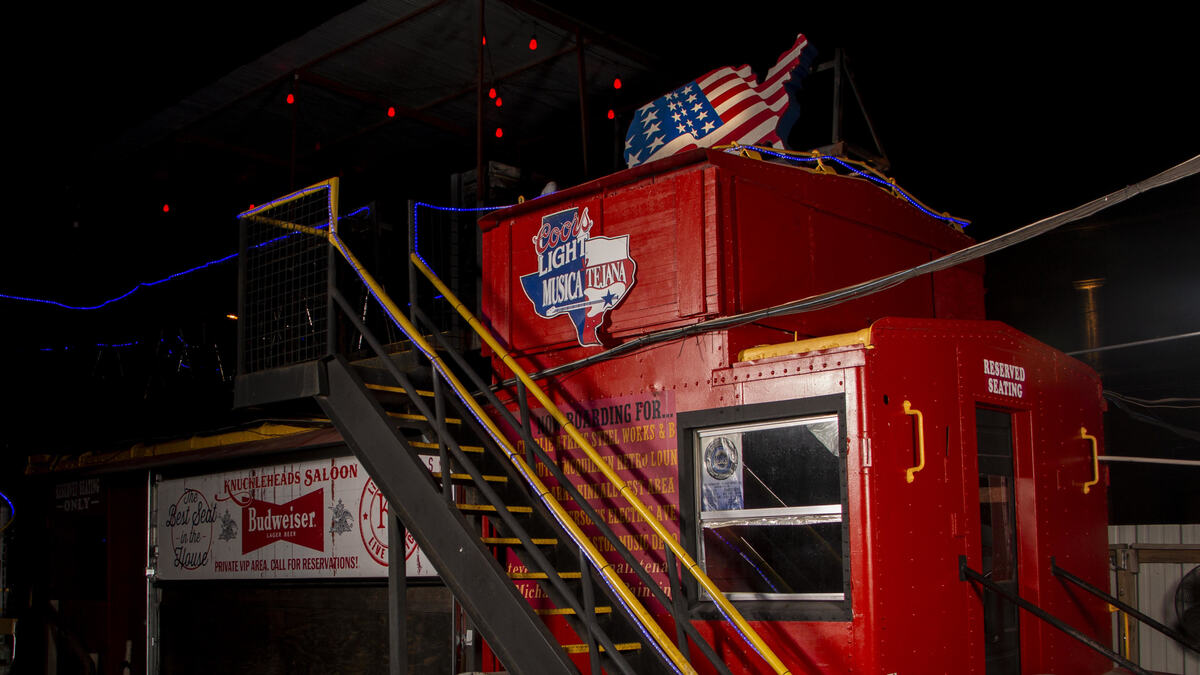 The train car, now located near the outdoor stage, stands as a symbol of the tracks that run just south of Knuckleheads.

Hicks kept the motorcycle parts shop around for a few years, but closed it in 2007, when costs started exceeding profits. About a year later, he turned it into the Gospel Lounge — an intimate listening room that seats about 80 people. He has since opened two more rooms: the Garage, former home of his body shop, which holds about 650 people; and in the same building, the Fender Stage, with a capacity of 90. It's not unusual on weekend nights to have three or four shows booked, featuring mostly national acts.

Hicks learned a few hard lessons about dealing with those big touring acts and the people who work with them at the beginning of his venture. The first show he booked was with the late Leon Russell.

"The first concert I ever saw was Leon Russell, [on Joe Cocker's] the Mad Dogs & Englishmen tour," he says. "So I really wanted him to play here."

Hicks made a deal with Russell's agent to have him perform at Knuckleheads on July 10, 2004; or so he thought, until he saw an advertisement for a Russell show at a different Kansas City venue that same evening.

"I called his agent, who said, 'We only had a handshake deal; we never had a contract. [The other place] offered $500 more than you.' He was a snake," Hicks says.

"Leon Russell was the first act I booked, but I didn't get him," he continues. "So I found someone to school me on contracts and booking bands, and I got Leon to play here several times over the years — after he got a new agent."

That "schooling" has led to Hicks' bringing in an impressive array of performers. Some of them, like Ray Price and Merle Haggard, were already legends; others were artists on the rise, like Sturgill Simpson, who played his first-ever Kansas City show at Knuckleheads.

"He was a friendly guy," Hicks says. "He said we were the first real honky-tonk he'd ever played at."

And some of them were Kansas City musicians who got their starts at Knuckleheads and have gone on to national acclaim. 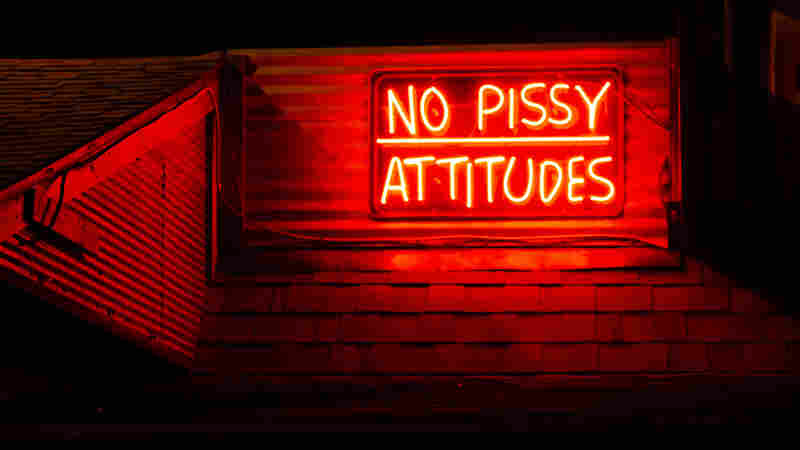 A neon sign seen from outside Knuckleheads. Cole Blaise /90.9 The Bridge hide caption 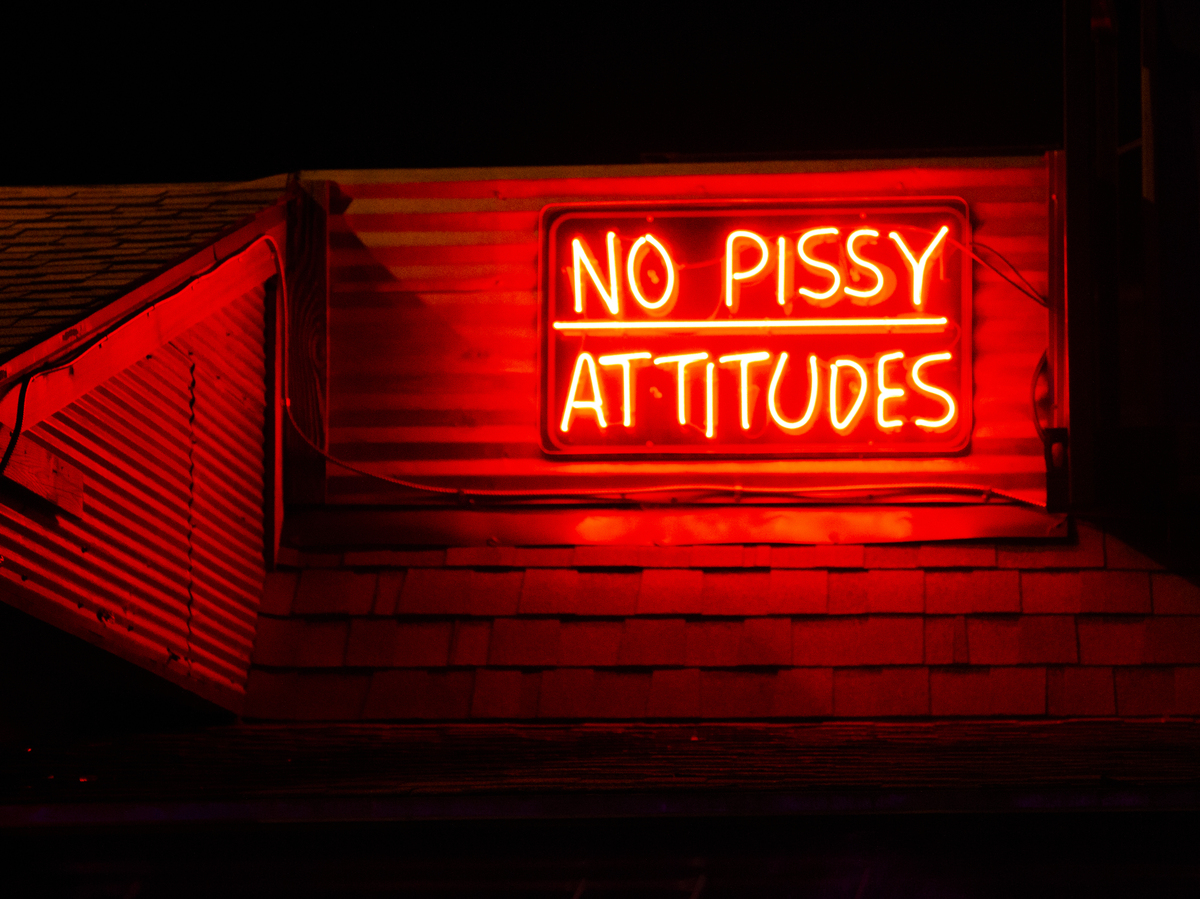 One of those artists is Samantha Fish, who was 16-years-old when she started joining the weekly blues jam sessions. Fifteen years later, she's an award-winning singer-songwriter and guitarist plumbing several music genres. In 2018, she won artist of the year at Best of the Beat Awards — which are sponsored by OffBeat, a music magazine based in New Orleans, where she now resides.

"I credit a lot of my career to Frank Hicks, the owner [of Knuckleheads]," Fish told OffBeat in 2017. "He put me up on stage. ... That's how I met most of the people I know now, because of Frank and Knuckleheads."

Another homegrown star is Danielle Nicole, a Grammy award nominee who was known as Danielle Schnebelen when Hicks booked her; she was the inaugural flatbed performer at that first free music-and-beer street party for his motorcycle business.

Knuckleheads has grown and changed considerably since those days, but in the past 35 years, Hicks says, the mission hasn't. "It's still about enjoying music and having a good time."