Accessibility links
In An Internment Camp, Maggie The Magpie Lifted Spirits Shig Yabu rescued a bird when he was a young boy detained at a Japanese relocation camp in Wyoming. "She was so compassionate with the internees," he said. "I don't think she realized she was a bird." 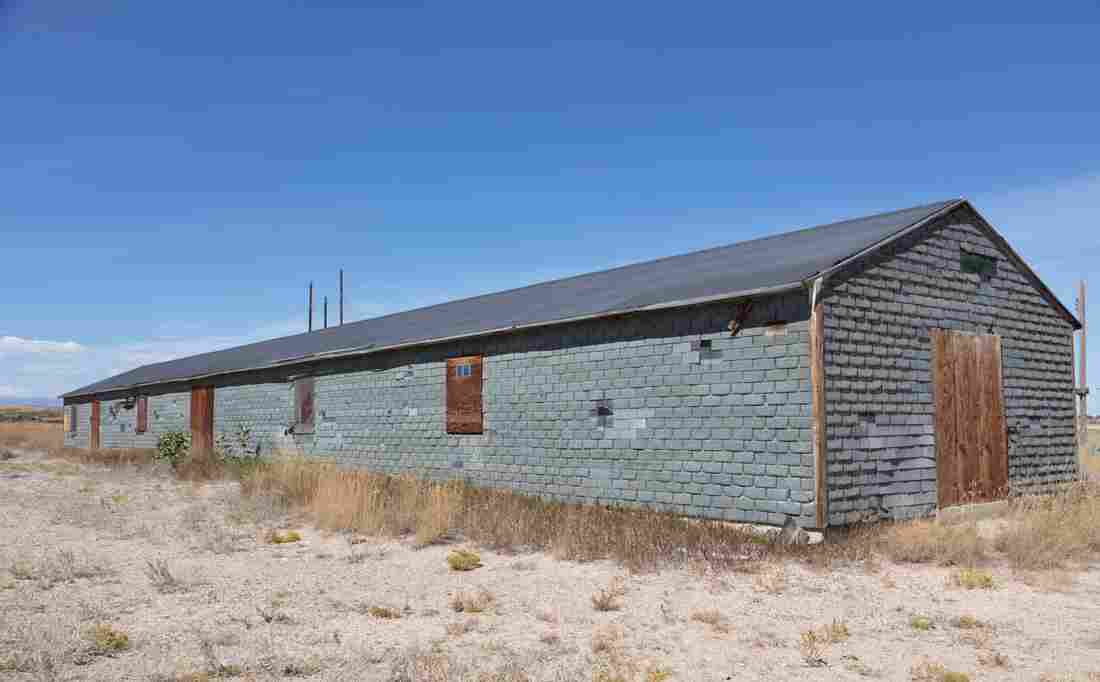 A barracks building at the Heart Mountain Relocation Center in Park County, Wyo., one of the camps built to confine people of Japanese descent during World War II. Carol Highsmith/Library of Congress hide caption 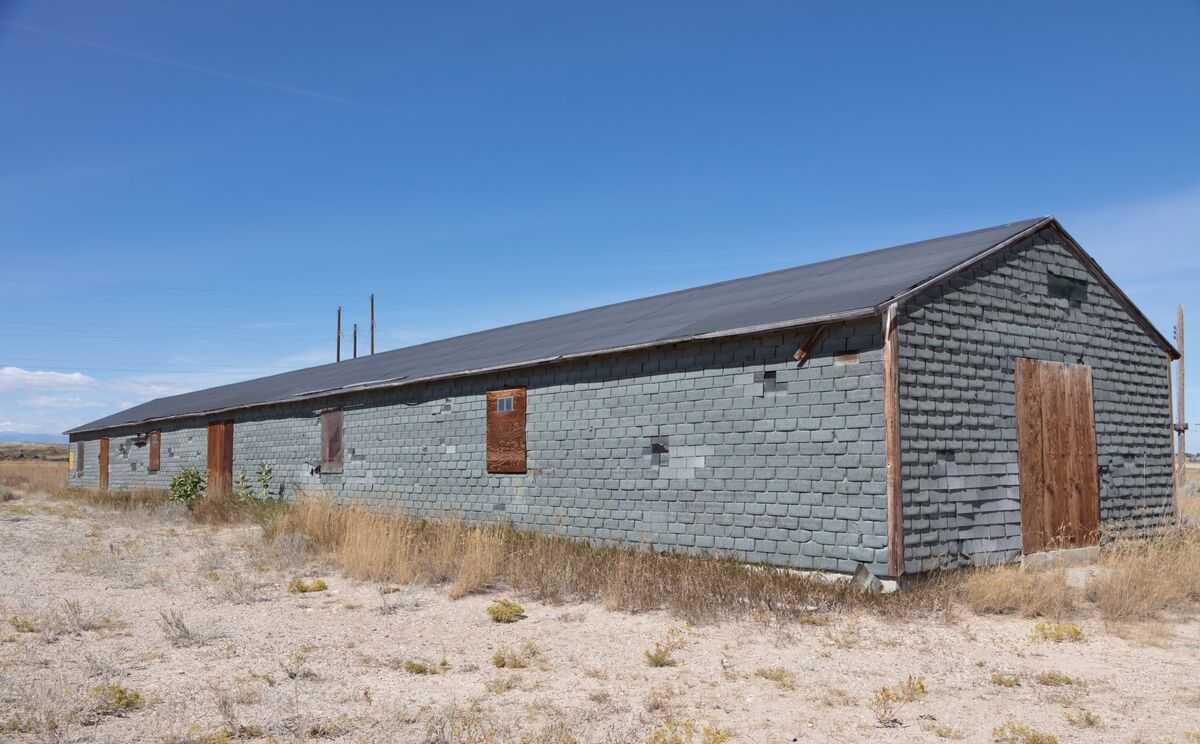 A barracks building at the Heart Mountain Relocation Center in Park County, Wyo., one of the camps built to confine people of Japanese descent during World War II.

Shig Yabu was 10 years old when he and his family were forced from their home in San Francisco and relocated to an internment camp in Wyoming.

In 1942, two months after the Japanese bombed Pearl Harbor, President Franklin D. Roosevelt issued Executive Order 9066 authorizing the detention of anyone deemed a potential threat to the country. Roughly 120,000 people of Japanese descent were forcibly relocated to internment camps as a result — the Yabu family included.

The Yabus were sent to the Heart Mountain Relocation Center, a sprawling complex on the Shoshone River set up to house nearly 11,000 evacuees. There, families were forced into apartments that measured no bigger than 24 feet by 20 feet and worked for a salary of just $12 to $19 a month.

Shig, now 87, visited StoryCorps last year to tell his grandson Evan Yabu, 29, about a winged companion that gave the internees a small measure of comfort at Heart Mountain.

One day, Shig and his friends came across a magpie nest that had fallen from a tree.

"This little baby bird was begging for food," he said. "And an older boy said to me, 'That bird's going to die.' " So Shig rescued the magpie and named it Maggie.

The bird's talent for mimicry entertained internees during a dire time.

"Every time I left or returned, I would say 'Hello Maggie,' and she repeated, 'Hello Maggie,' " he said. "And if somebody would laugh, she could imitate the exact laughter, which meant kids, seniors, you name it, all came to see her." 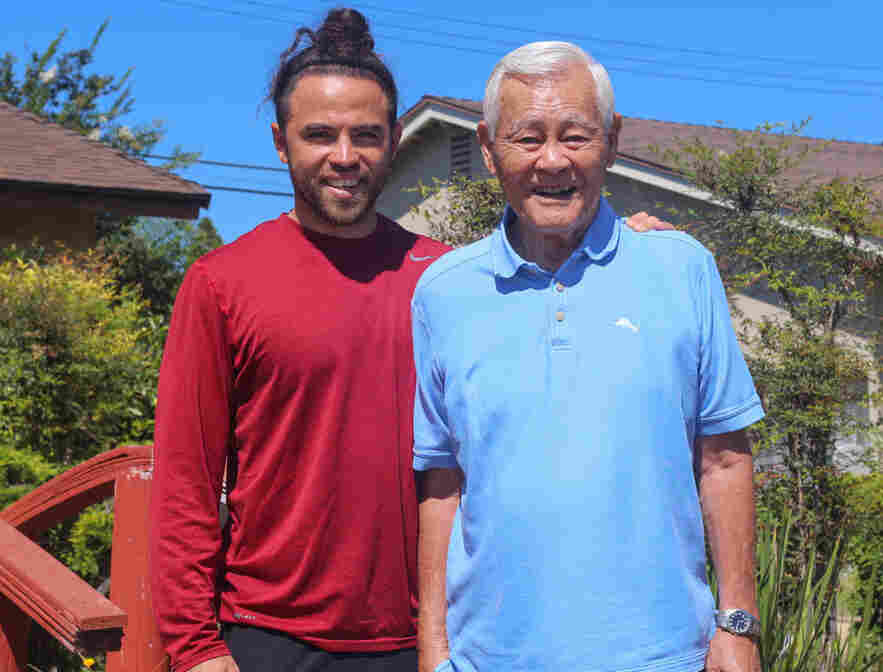 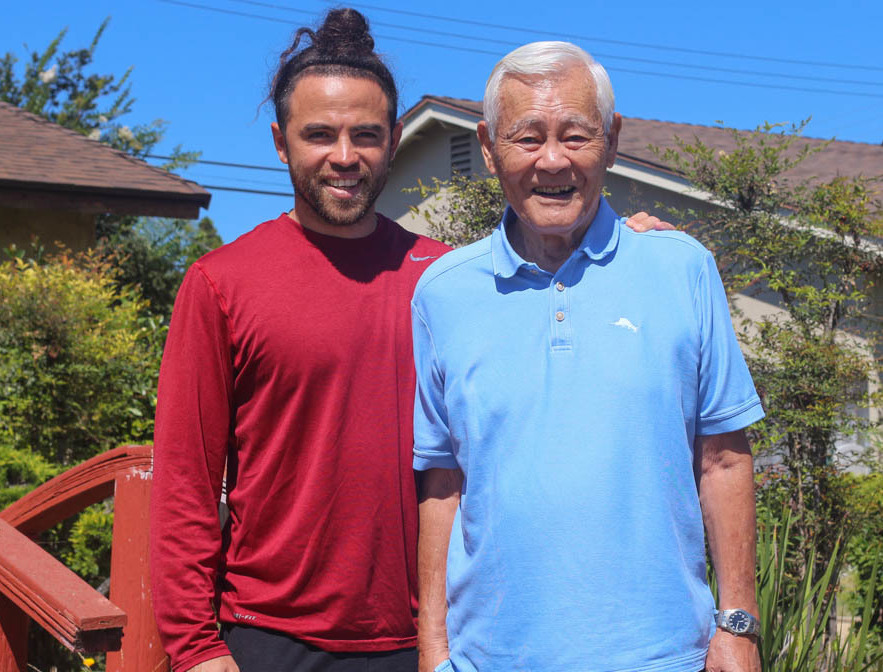 Shig Yabu, with his grandson Evan Yabu, at their StoryCorps recording in Camarillo, Calif., in September 2019.

Shig says his stepfather made a roomy cage for Maggie. When Maggie was let out of her cage, Shig said the bird showed humanlike qualities.

"During the summer, we allowed Maggie to go out and roam between the barracks and she was like a social worker. She was so compassionate with the internees," he said. "I don't think she realized she was a bird."

The Yabu family spent three years in the camp before they were able to return home to California.

"Eventually we knew that the war was going to end, but our family did not leave, not till the next-to-the-last train. And Heart Mountain became a ghost town," Shig said.

"But I was fortunate. Maggie and I would talk for hours."

Two weeks before the Yabus evacuated the camp, Maggie died.

"Maggie was on the bottom of the cage with just her eyes flickering," Shig recalled. "I dug a hole, placed her favorite toys, put my old T-shirt on Maggie and buried her, made a cross."

Before He Animated For Disney, He Sketched Cartoons In An Internment Camp

"She was forced into Heart Mountain, just like we were. And even to this day, her legacy still stands," he said. "That little bird kept the spirits up for all the internees, and when she was no longer needed, she went to heaven."

Maggie's legacy lives on in other ways. In 2007, Shig published a children's book about his experience at Heart Mountain. He called it Hello Maggie!