Accessibility links
The Lessons To Be Learned From Forcing Plants To Play Music It's not as mean as it might sound (though it does involve a little electrocution) and the results can be both beautiful and, well, eye-opening.

The Lessons To Be Learned From Forcing Plants To Play Music

The Lessons To Be Learned From Forcing Plants To Play Music 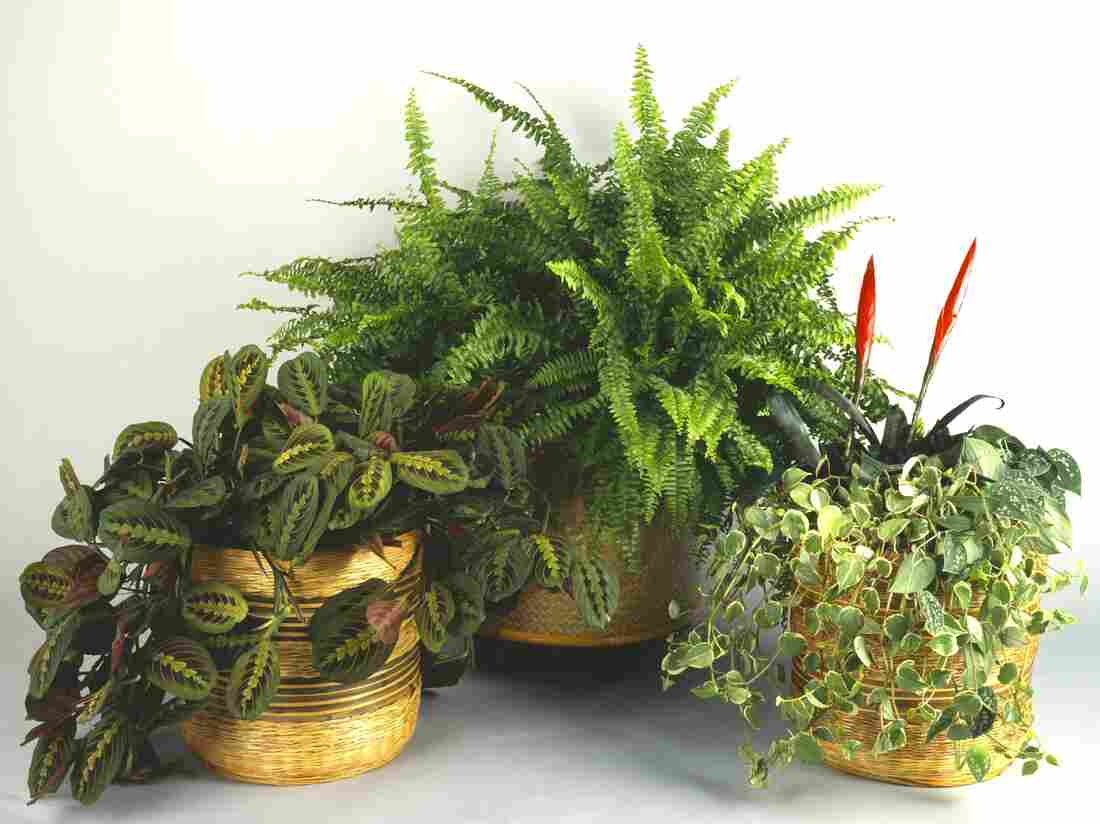 What could you possibly have to learn from a houseplant? DEA / G. Cigolini/De Agostini via Getty Images hide caption 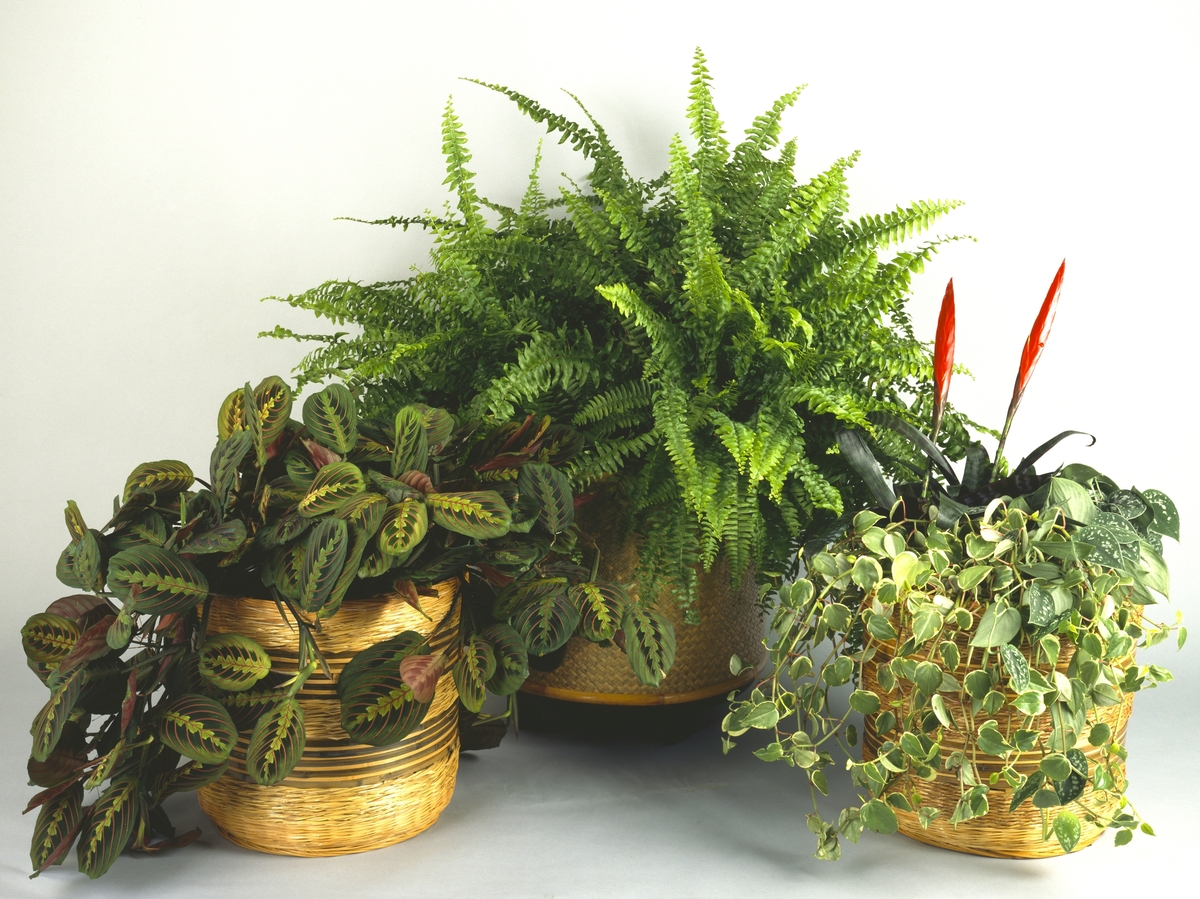 What could you possibly have to learn from a houseplant?

The music sounds, at first, like it belongs in a power yoga studio: electronic and rhythmic, rising and falling like breaths. But then a higher pitch juts into the mix, and the strains of sound diverge, becoming faster-paced and a bit more like electronic dance music. The rise and swell fluctuates, not entirely predictable. The artists at work are, ostensibly, plants: a philodendron, two schefflera and a snake plant.

Plant music is coming to you, or rather, it's there if you seek it out — and there are plenty of musicians these days waiting to be discovered. The indoor houseplant market is booming, especially among millennials. By one report, sales surged almost 50%, to $1.7 billion, between 2016 and 2019. Relatedly, there's been a surge in "plantfluencers," social media stars at the intersection of horticulture, wellness and Instagram, curating photos of minimalist jungles in well-lit living rooms.

Now, through bio-sonification devices like Music of the Plants and PlantWave, plant enthusiasts can open channels of communication with their plants, conducted in the trending language of ambient noise. The plants can speak "ambient chill," it turns out. Er, right?

PlantWave grew out of a zero-waste record label called Data Garden, started by Joe Patitucci and Alex Tyson in 2011. Data Garden produced digital albums, partially distributed via download codes printed on artwork that was embedded with plantable flower seeds, as well as installations and interactive exhibitions that combined plants, music and technology. In 2012, an early iteration of PlantWave was born when the Philadelphia Museum of Art invited the label to do an installation at the museum. Data Garden worked with an engineer, Sam Cusumano, to develop a device that translated micro-conductivity on the surface of plants into a graph that could be used to control hardware and software synthesizers. The result was "Data Garden Quartet," featuring four harmonizing plants that played continuous music. After that, Patitucci and Tyson wanted to create a commercially available version for musicians and plant lovers; the first iteration sold out, and a new and improved model, funded by a successful Kickstarter campaign, will be released in the near future.

Hear a bit of beach-based plantaphonia above.

The resulting plant music can be used in a variety of ways – musicians can mix it into their songs, yoga studios can put it on in the background of shavasana, art galleries can play it as installations. But Plantwave's primary mission with plant music is to foster an awareness of plants as living organisms. "I think some people are very aware that plants are sentient beings that are, arguably, making decisions for themselves and responding to their environment — but for a lot of people that's not something they think about every day," says Jon Shapiro, product development manager of Data Garden. "It does allow people, and it has allowed me, to look at other life forms and appreciate their aliveness in a different way."

But their aliveness isn't necessarily human, so saying that plants "play instruments" is more a figure of speech. "Plants don't sound like flutes," Shapiro says. The consumer version of the invention includes sensors that issue small signals through the plant, measuring variations in electrical resistance between two points within it. "The variation in the connection is largely related to how much water is between those two points, which changes a lot as the plant is moving water around while it's photosynthesizing," Shapiro said. "Then we graphed that change as a wave, and then we translate that wave into pitch, so then essentially we're getting a stream of all these pitch messages coming from the plant." The pitches then enter the device's software, which features different electronic instruments — the flute, harp, piano, guitar, bass and some synthesizers among them — that you can elect for the plants to "play," then scaling them to be harmonious. A symphony (of sorts), generated by algorithms and leaves.

Like people, not all plants are naturals. Some are too small or delicate to measure, and a large tree might only bring about a few notes — so it's ideal for the (millennial-preferred) healthy, glossy houseplant. And even so the sound will vary a lot, and not simply based on the species of plant. "Even within the same species, even within the same plant, depending on what two leaves you choose," Patitucci says, "the fluctuation between two points in the plant will be different within every single plant." "For me, one of the most exciting things about it is not about necessarily finding a specific signature sound from one plant, but to get familiar with what the patterns are with this plant." The music often shifts with changes in light, time of day, oxygen levels, and even in response to movements in the room, something Patitucci notices when he leads yoga and meditation classes to plant music.

So, have we found a way to commune with our plants, transcending species and genus? In a word, no. The sounds are human-generated, even if they're responding to internal changes in the plant. Though plants do make sounds — but not to communicate with us.

The sounds they make are responses to things in their environment or their internal workings--stuff moving around and processing inside of them. Frank Telewski, a plant biologist at Michigan State University, notes that plants make sounds related to plants make sounds related to external factors like wind, and also to "the cavitation in the hydraulic pathway resulting from tiny bubbles forming in the xylem. Neither of these sounds are made intentionally by the plant to communicate, but they can indicate something about the plant's structure or physiological status." He compared it to the noise your stomach makes when hungry — a message, but not communication in the way we think about it.

The Many Requirements Of Hold Music, A Genre For No One

Patitucci said that at Data Garden, they try to stay away from anthropomorphizing the plants too much. "I think that a lot of times when people think of plant music, when they first hear of it, they think, will it sound like death metal in this case or classical music in this other case? Will it tell you if it's mad at you or sad?" he said. "It's really important to understand that these are beings that are living in another dimension." This is a paradox of sorts about plant music: the imposition of a human scale and pitch allows us to be more aware that plants are living, but it might make us think they feel like us, even when they don't.

Still, as with a rumbling stomach, human-generated plant music can tell you something. When Patitucci was traveling in Thailand, he asked his roommate to water his plants. From a distance, he tuned in to listen to them—and one of them was playing the same note over and over. A few days later he checked in again and the same thing was happening. "I texted my roommate, 'how are the plants doing?' And he said, 'Oh they're doing great, really healthy' and I asked, 'Could you send me a photo?' And all the plants were really happy except that one plant, a peace lily, which needs a lot more water, and its leaves were drooping. So I could tell that, over a long period of time and from a distance, just by listening."