Accessibility links
Lesotho Prime Minister Fails To Appear In Court To Face Charges In 1st Wife's Murder Prime Minister Thomas Thabane's previous wife was gunned down two days before his inauguration in 2017. His current wife has already been charged in the murder. 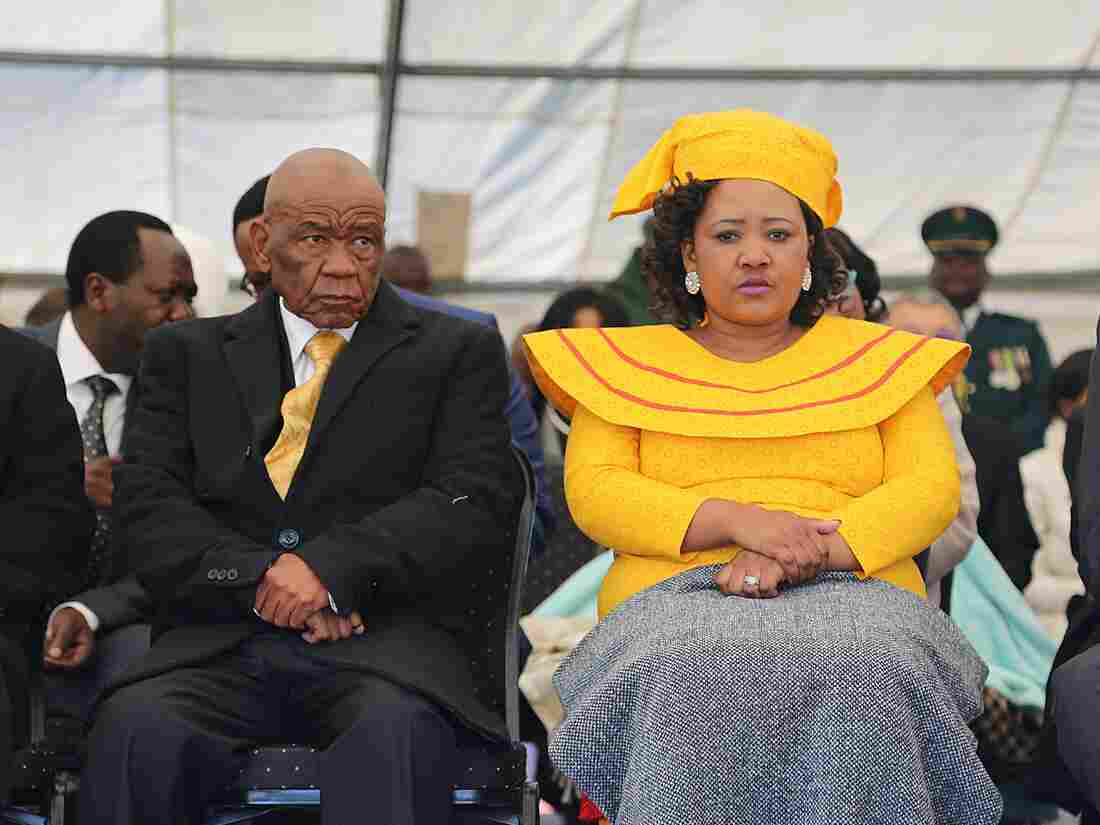 Lesotho Prime Minister Thomas Thabane and his current wife, Maesaiah Thabane, attend his inauguration in 2017. Both are suspects in the killing of the prime minister's previous wife, Lipolelo, shortly before the inauguration. Samson Motikoe/AFP via Getty Images hide caption 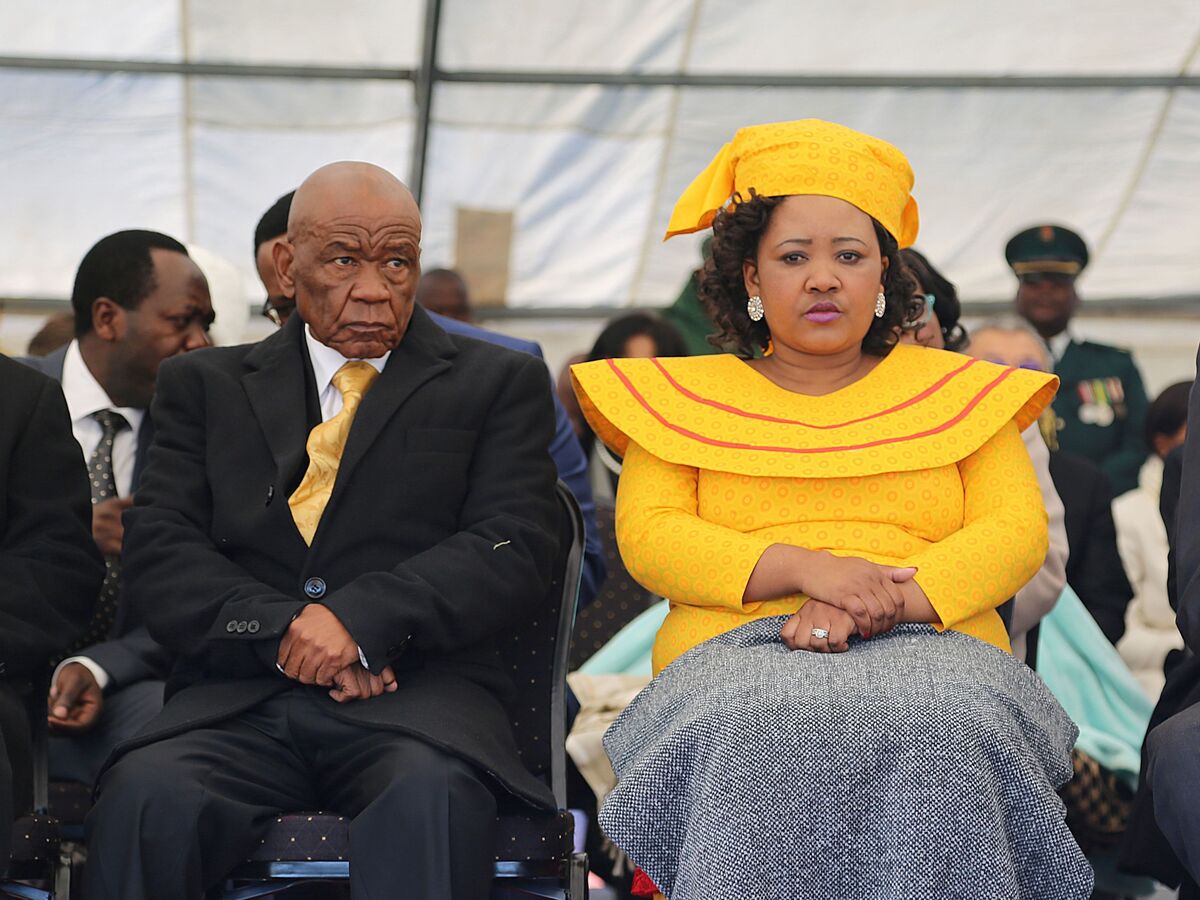 Lesotho Prime Minister Thomas Thabane and his current wife, Maesaiah Thabane, attend his inauguration in 2017. Both are suspects in the killing of the prime minister's previous wife, Lipolelo, shortly before the inauguration.

A homicide that shocked Lesotho has become more shocking still: Police say Prime Minister Thomas Thabane will be charged in the killing of his estranged wife.

But rather than appear in court as he was supposed to Friday, the 80-year-old leader has gone to South Africa to seek medical treatment. "He's not fled the country," Thabane's son Potlako told Reuters. The prime minister's office says he will go to court when he returns.

"We shall wait until he becomes available and we shall arrange that he comes here and appears before the court of law and be formally charged," Deputy Commissioner of Police Paseka Mokete told Al-Jazeera.

Mokete told The Associated Press that it was premature to seek an arrest warrant for the prime minister. Thabane would be the first African leader to be charged with a domestic murder while in office, according to the BBC.

His current wife, 42-year-old Maesaiah Thabane, has already been charged in the killing. She initially fled to South Africa last month before returning to Lesotho to face charges earlier this month. Despite spending nearly three weeks on the lam, Maesaiah was granted bail — reportedly about $67.

The prime minister's previous wife, 58-year-old Lipolelo Thabane, was gunned on a dirt road while driving to her home in a village outside the capital. A friend, Thato Sibolla, who was traveling with her, was also shot but survived and fled to South Africa.

He and Lipolelo had been locked in acrimonious divorce proceedings for five years. A court ruled that despite their separation, Lipolelo was still legally the nation's first lady until the divorce was final. The position comes with benefits including a car, driver and bodyguard.

Thabane has been under pressure to resign. On Friday, the government posted a statement from Thabane in which he says he plans to retire at the end of July, or earlier if preparations are completed sooner.

"It is very unfortunate that some have deliberately decided to distort by decision to retire, either motivated by hate or for political gain," he wrote, asking for citizens "not to intentionally misconstrue" his decision to retire.

Thabane has been involved in his country's political scene since 1966, the year Lesotho declared independence from Britain. He is also the founder and leader of the All Basotho Convention political party, part of the current coalition government.