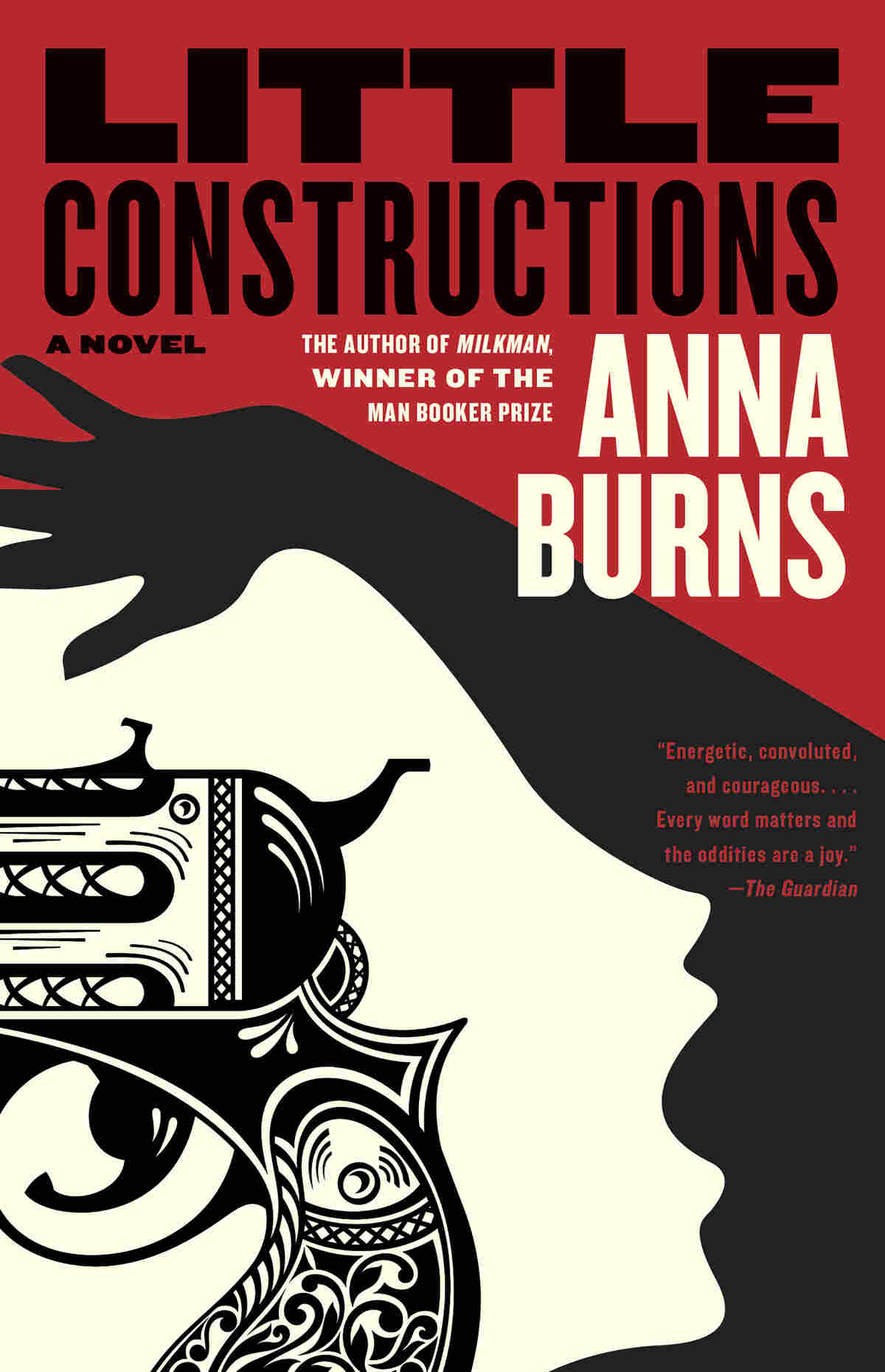 Northern Irish author Anna Burns published her first book in 2001, but she wasn't well known outside of the U.K. until 2018. That's when her third novel, Milkman, hit bookstore shelves to near universal acclaim. Critics were impressed by her unusual narrative technique and dark sense of humor, and the novel went on to win the Man Booker Prize and the National Book Critics Circle Award.

Burns' second novel, Little Constructions, just published for the first time in the U.S., proves that she's always been that good. It's a bizarre and dark fever dream of a book that asks serious questions (and provides some unsettling answers) about misogyny and violence against women.

The novel opens with Jetty Doe, a member of a large crime family in the fictional town of Tiptoe Under Greystone Cliff (which its residents just call Tiptoe Floorboard), bursting into a gun shop and demanding she be sold a weapon. She grabs the first one she sees — a Kalashnikov AK-74 assault rifle, a handful of the wrong ammunition, and throws some money at the store clerk before tearing out of there.

She's the reader's first introduction to the Does, "a family of neuroses, psychoses and Edgar Allan Poe horror stories" that doubles as an exceedingly violent gang that controls the town's underworld. Many of the Does are related by blood; others use the surname to indicate that they're a more metaphorical part of the family. And they're all led by John, a stone-cold psychopath and the man Jetty would very much like to use the AK-74 on.

John, who is married to Jetty's sister, has been cheating on his wife and sexually assaulting his daughter. That's not why Jetty's upset, though — she's still mad that John left her years ago for Janet. She wants him back, but he spurns her, telling her, "Sorry, Jet, old mate. I sort of love her, she's the wife and the mother of my children."

The novel follows the aftermath of Jetty's vendetta against John, and the ensuing implosion of the worst family ever. I think it does, anyway. Little Constructions is a page turner, but it's not always easy to follow. For one thing, there are the names — besides Jetty, John and Janet, there's Jotty, Julie, JanineJoshuatine, JohnJoe, JesseJudges and JimmyJesus. There's also the mysterious narrator, who's forever going off on odd tangents about the family and the town. It seems as if Burns is deliberately throwing the reader off track in an attempt to illustrate the confusion and unreality that are the product of lives spent in the midst of unrelenting violence.

It's a successful technique. The reader, at times, feels dizzy, almost nauseated by the book's freewheeling narrative, and that feeling is intensified when Burns writes about the violence that John and his associates mete out to just about everybody. The targets are frequently women, but also men who throw an uncareful glance at one of John's "girls": "He had these romances, Doe, and after he'd had them, the women he had them with, they became his ladies ... His ladies were his ladies, said his code. That meant you kept your hands off. Apparently, you kept your eyes off as well."

It seems as if Burns is deliberately throwing the reader off track in an attempt to illustrate the confusion and unreality that are the product of lives spent in the midst of unrelenting violence.

John is the epitome of toxic masculinity, and Burns uses him to explore how men have historically regarded women: both as chattel and as objects of hate and derision. In one horrifying scene, John casually strangles his daughter while simultaneously insisting to his son that "I've never been violent. Never hit any of you."

These chilling moments are leavened, very slightly, with the narrator's odd and sometimes acidly humorous observations about gender. "Such things as women exist," the narrator says at one point. "I know you're thinking, oh, if only we could get our erections and total sexual, emotional, spiritual and intellectual satisfactions from guns, bullets, postage stamps and suchlike controllable essences. Wouldn't that be easy? Why can't we?" In another section, the narrator explains how an armed woman should talk to a man she's attracted to at a party, a long piece of advice that ends, "In fact, if 'demure' is your intention, I'd suggest leaving all weapons down the settee at home."

Burns is a magical writer, and Little Constructions is a firestorm of a novel, filled with a rage that feels unstoppable. It's also a sharp critique of a culture steeped in guns, violence and hatred of women. As the narrator says of the one character who's lost his language because of post-traumatic stress after being attacked: "That's because of evil. That's what evil does."