Accessibility links
'Unseen Artist' Eric Tucker Spent Decades Painting — But Nobody Knew Boxer and laborer Eric Tucker created hundreds of paintings of his home town — and kept them secret, stashed around his house. Now, almost two years after his death, he has a museum exhibition. 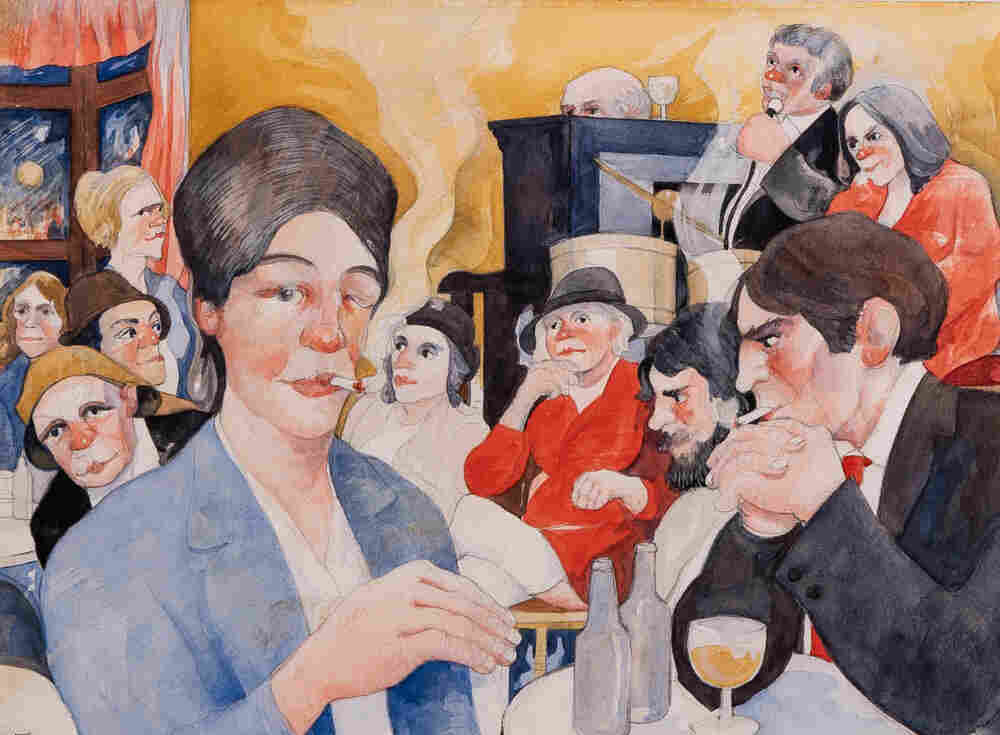 Eric Tucker painted the everyday people in his hometown of Warrington, England — like this smoker in a pub. Tony Longmore hide caption 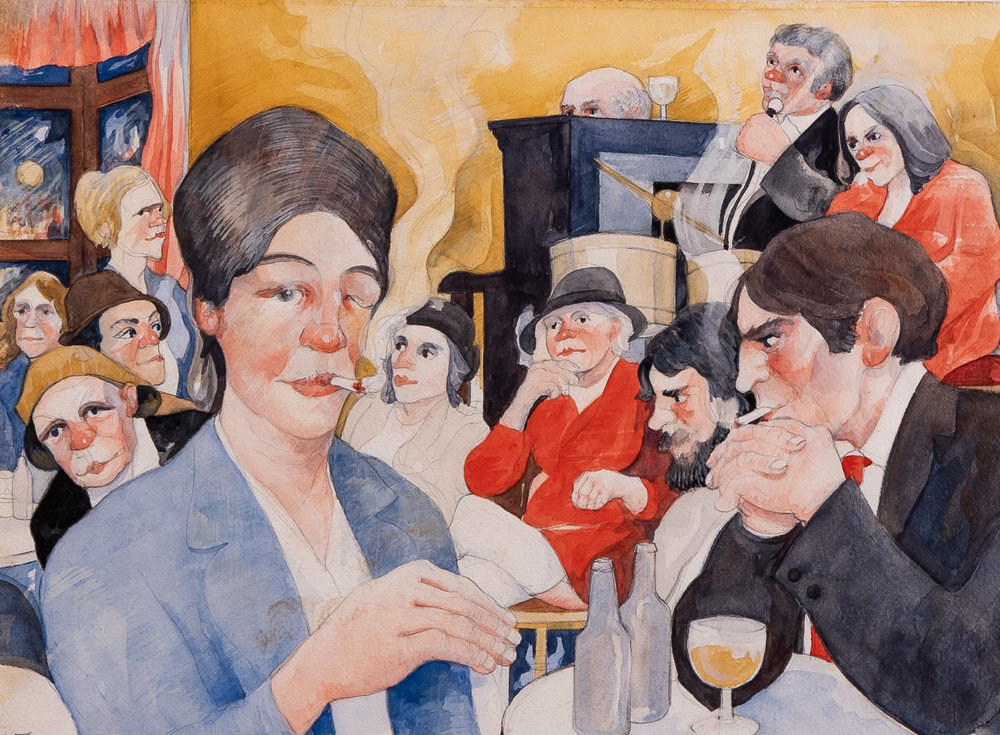 Eric Tucker painted the everyday people in his hometown of Warrington, England — like this smoker in a pub.

Eric Tucker's paintings have an effect on people. You can see it in their expressions as they stroll through a new exhibition, Eric Tucker: The Unseen Artist, at the Warrington Museum and Art Gallery.

"I'm wandering round here with a smile on me face because I just think they're wonderful," says Phil Lord. And Colin Okell adds, "A lot of them depict a society that's gone."

Bury is a retired teacher who's lived in this former industrial town in northwest England for four decades. She didn't know about Tucker. "Nobody did until he died," she says. "And that's when it was discovered."

Tucker was a boxer and construction worker in Warrington. And though few knew it, he was also a prolific, self-taught artist whose paintings depicted a lost, industrial era. Before he died in 2018 at the age of 86, family members discovered a trove of about 400 canvases, the best of which are now on display here.

Tucker spent his days in the front parlor of his home, painting the working-class world he knew: Boisterous pubs where people played piano and sang. Neighborhoods of terraced houses — the English equivalent of row homes — where men played cricket in empty lots against a skyline of belching smokestacks. It was a communal way of life that disappeared with Warrington's factories. 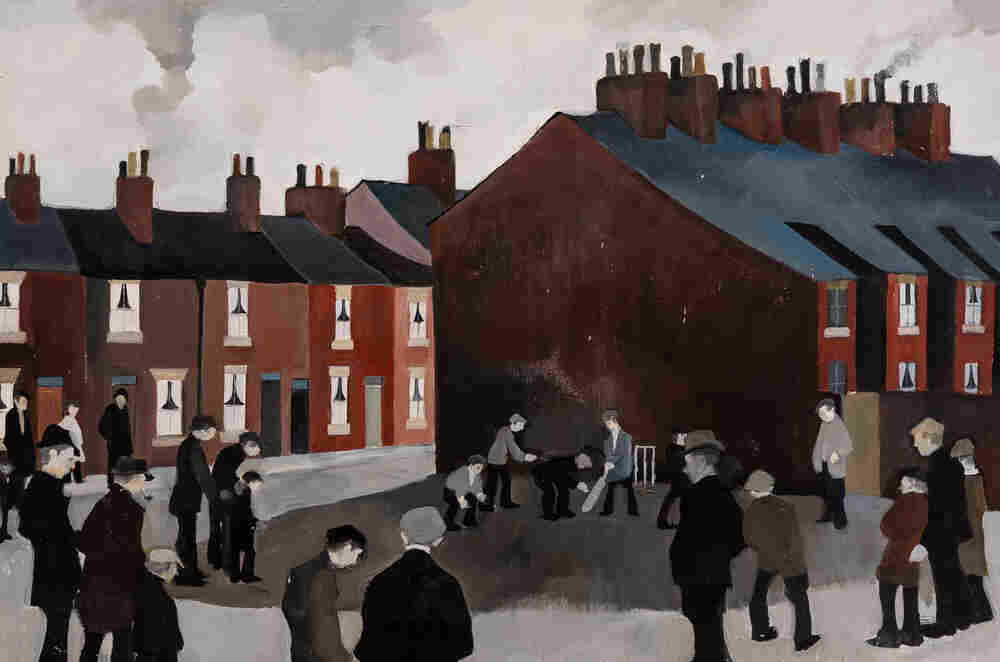 Linda Gueths is a retired secretary in her 70s. She says she can remember a time when nobody had a car. "So everything you did, you passed people all the time. You met people at the school gates, you know, with prams. Now they pull up, drop my kids off and go, and all that community is gone."

"We were struck by the quality of the work," says Craig Sherwood, the curator of the Warrington museum."One of the real, real strengths with Eric's work, it's the connection that he feels with the people of Warrington. He is very much part of the community and he's communicating it through his art." 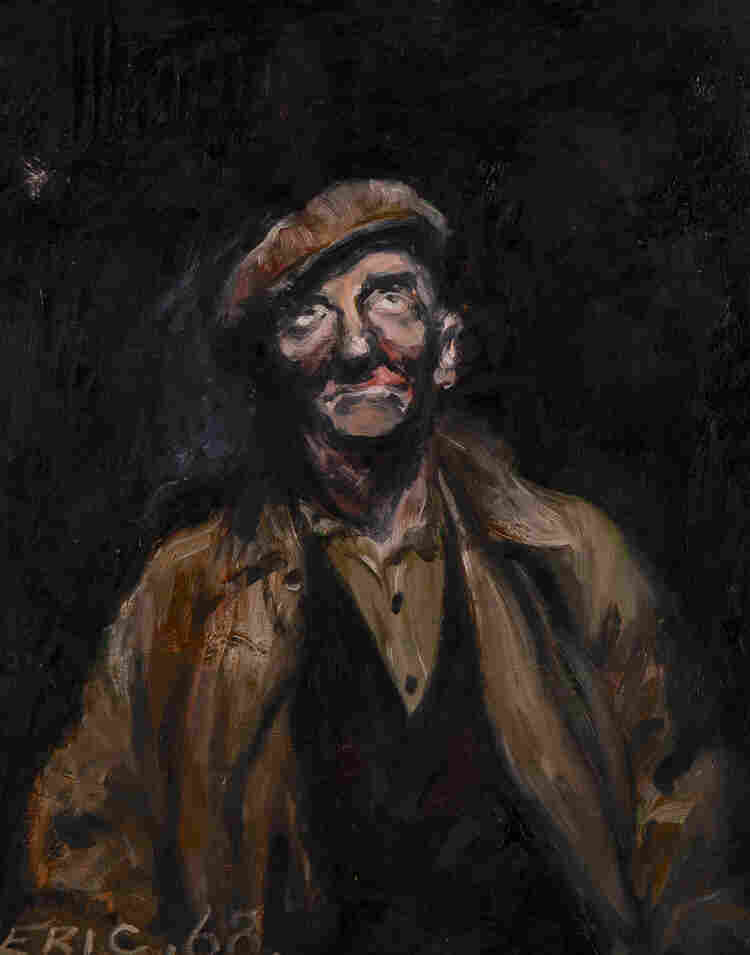 Tucker's subjects ooze character: A woman stares out from a canvas with one eye closed as smoke billows from the cigarette hanging out of her mouth. A miner, his face streaked with coal dust, stares up towards the light. Tucker was a figurative painter who incorporated elements of surrealism. He worked in oils and watercolors, but sometimes, he just grabbed a pen and sketched portraits on whatever he found — like a sheet of paper for a trivia contest at a local pub.

"This piece here, now, we've given it the title of 'Study on the Reverse of a Pub Quiz,'" Sherwood says. "He's been in a pub, a bar, and he has turned over his pub quiz that he's answering the questions on, and he started sketching the people around him."

The exhibition's driving force was Tony Tucker, Eric's brother. He thinks Eric's work is particularly interesting because he created it outside of the art world. "What's important about an artist like my brother — and I'm sure there are other artists — is that they had to find their own way," Tony says. "The class he came from, there was very little opportunity for him to be able to become part of the art establishment. Even when we tried to, you know, show his paintings or sell his paintings, people were not really interested."

Eric Tucker's home is now owned by a young family, who allowed Tony to show me around. Standing at the top of the stairs, Tony described how he discovered much of his brother's work. "These were just stacked with paintings along the walls, on the beds themselves. They just piled up. And then I looked into the loft and there was stuff there, stacked away. And then finally, I guess the garden shed."

In the 1970s, Eric sold two paintings through a gallery in Manchester. But the gallery took a fat commission, and didn't want any more canvases. Tony says after that, Eric gave up trying to sell his paintings. "I think he just thought. Nobody is going to be interested in me, in my work. Why would they be? You know, I'm just a bloke on the bottom of the pile, you know, I'm an unskilled laborer." 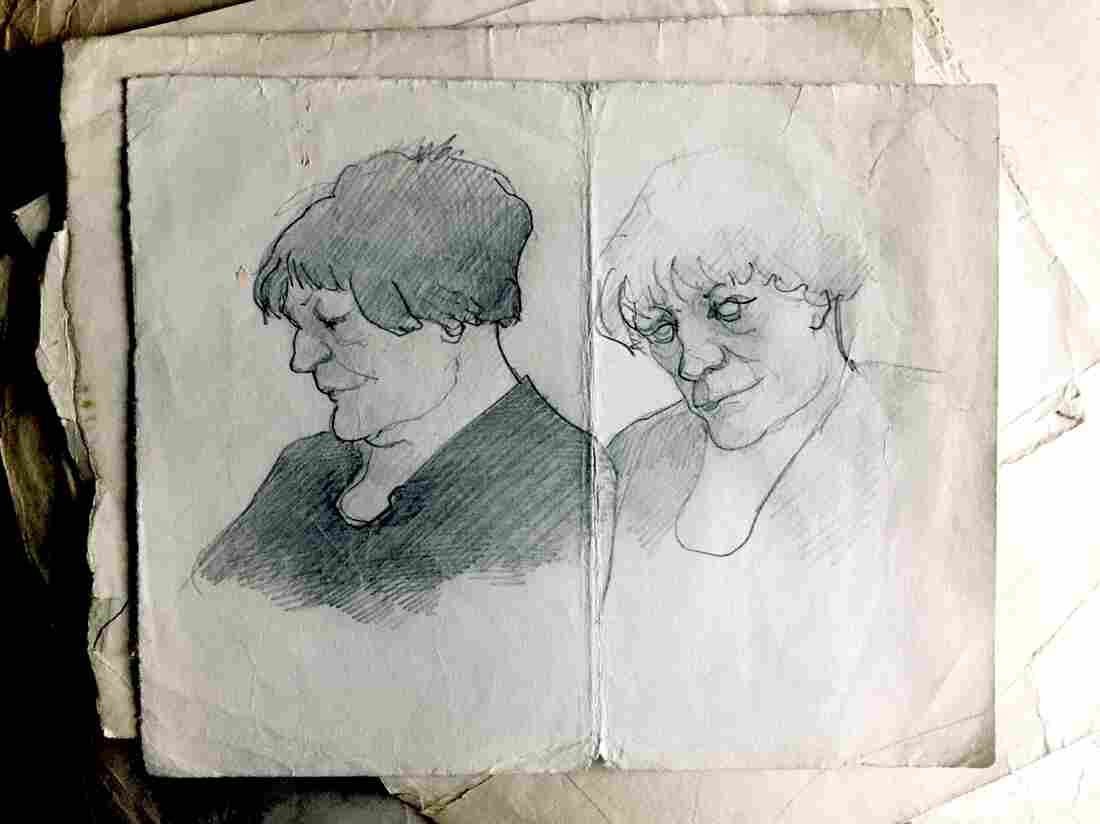 Tucker worked in oils and watercolors, but often would pick up any old scrap of paper to sketch what he saw around him. Courtesy of the Warrington Museum & Art Gallery hide caption

As Eric Tucker was dying, Tony tried to drum up interest in his brother's canvases, but to no avail. After Eric passed away, the family decided to stage an exhibition in his home, and arranged for a press release.

Hundreds of people showed up.

"By the time we arrived, they were going round the corner, and it never stopped for two days," Tony says. And he thinks his brother would have been shocked by the attention, but he would also have loved it. "I think he would have enjoyed just talking to people about his work."

Tony is determined to establish Eric in the art world of which he was never a part. That will require selling a few paintings — but, he says, two London galleries have already reached out.