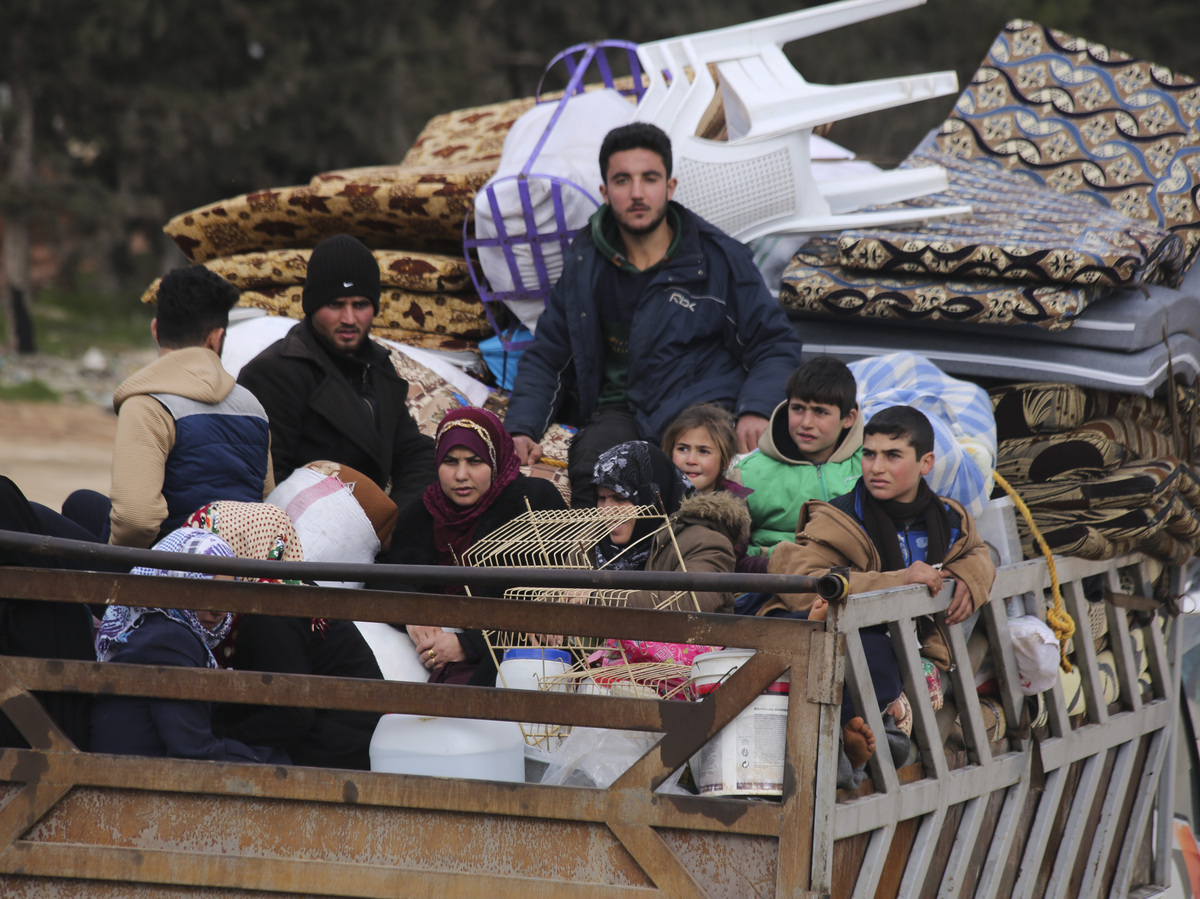 For all the words uttered about urgent, vital issues at this week's Democratic presidential debate, one was missing: Syria.

The war in Syria has gone on for 9 years.

At least half a million people have died. More than 5 million Syrians are now refugees. Almost another million have had to flee their homes in the Idlib region just since last December, as Bashar al-Assad's army, supported by Russian air strikes, has tried to bomb and shell the people of the province into an obliteration from their own country.

The United Nations says 143,000 civilians--children, families, the sick, wounded, and frail--have had to flee in the last week alone, carrying a few things in their arms that may suddenly be all they have. Often it's small children, clinging to them for warmth in a bitter winter.

Mark Lowcock, the UN's emergency relief coordinator, calls the suffering in Syria, "the biggest humanitarian horror story of the 21st Century." Many have called it a war crime.

And yet there is almost no mention of Syria in the current political campaign. There is very little by President Trump, since he ordered the withdrawal of U.S. troops fighting the Islamic State alongside Syrian-Kurds.

No candidate for president may see political gain in saying the U.S. should use its authority and strength to try to help end the slaughter in Syria. After Iraq and Afghanistan, many Americans are wary of foreign involvements.

But David Miliband, the head of the International Rescue Committee, who was once foreign minister of the United Kingdom, believes this is not a time for responsible political leaders to be silent.

"The shelling in Idlib shames the Syrian and Russian perpetrators," he told us. "But the silence in the West shames governments here. The suffering in Syria is emblematic of a new Age of Impunity, enabled by the retreat of governments notionally committed to human rights and the rule of law. The suffering in Syria is a clear and present danger to the international order, setting a precedent for lawlessness that threatens peace and stability. ... For reasons of self-interest as well as morality this needs to go up the agenda".