Accessibility links
More Than 10,000 Civilians Injured Or Killed In Afghanistan Last Year, U.N. Says For the sixth year in a row, more than 10,000 civilians were killed or injured in armed conflict in Afghanistan, according to the United Nations. Total casualties in the past decade topped 100,000. 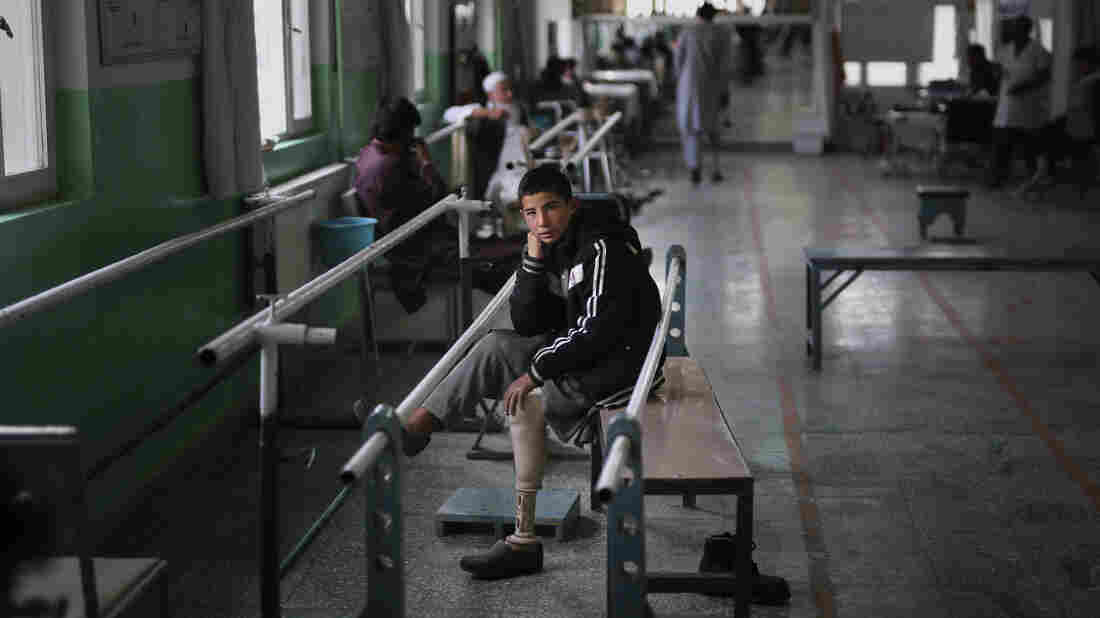 Abdullah, 13, lost his left leg when he stepped on an improvised explosive device. He takes a break from walking practice at the International Committee of the Red Cross physical rehabilitation center in Kabul on Dec. 1, 2019. Altaf Qadri/AP hide caption 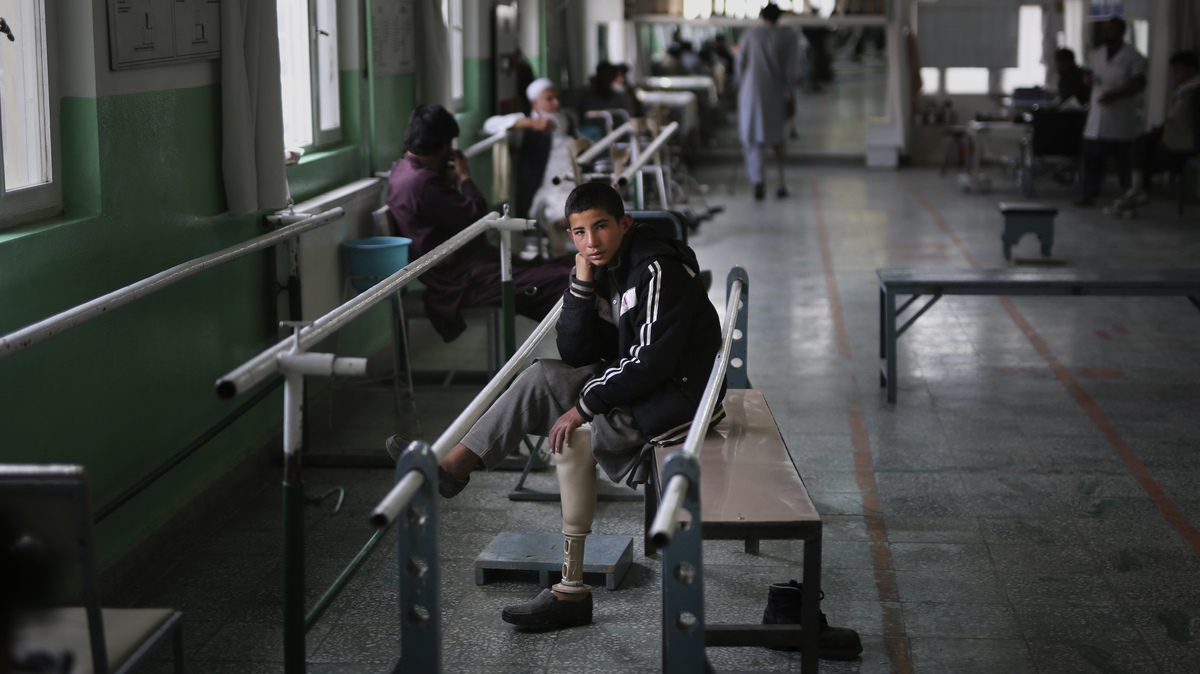 Abdullah, 13, lost his left leg when he stepped on an improvised explosive device. He takes a break from walking practice at the International Committee of the Red Cross physical rehabilitation center in Kabul on Dec. 1, 2019.

More than 10,000 civilians were killed or injured in armed conflict in Afghanistan in 2019, continuing a six-year streak and putting total casualties in the past decade over 100,000, a United Nations report said Saturday.

Among the more than 3,400 civilians killed and nearly 7,000 injured last year, the Taliban was the single group responsible for the largest share of casualties, at 47%, and more than 1,300 deaths. It was followed by the Afghan national security forces, at 16% and 680 deaths, according to the report produced by the United Nations Assistance Mission in Afghanistan, or UNAMA.

International forces, including the U.S., were responsible for 8% of the civilian casualties with 559 deaths, the report says.

The number of casualties attributed to a branch of Islamic State dropped steeply from the previous year, from 2,181 casualties in 2018 to 1,223 in 2019.

Thirty percent of the casualties were children, the report says, and the Taliban, Afghan national security forces and pro-government armed groups continued to recruit and use children. It noted that the Taliban took "positive steps" investigating allegations of recruitment of children by their commanders last year.

UNAMA also says it continues to receive reports of a form of sexual exploitation of boys called bacha bazi despite its outlaw, and that the offense is mainly committed by Afghan national security forces. The U.S. has ignored the abuse for years.

Improvised explosive devices were the method used in 42 percent of the casualties. The U.N. said anti-government forces, including the Taliban and Islamic State, continued to use IEDs at "extreme levels," killing 885 people and injuring almost 3,500 in 2019.

Last year also saw record high levels of civilian casualties from airstrikes, killing and injuring more than 1,000, most of which were attributed to international military forces.

UNAMA says it's concerned about the high potential for error in airstrikes. In one case, a U.S. drone strike aimed at militants killed 32 pine nut harvesters in September in the eastern province of Nangarhar, as Reuters reported.

The U.N. also says it's concerned about U.S. forces targeting people not directly involved in combat, such as people who may be financially contributing to the Taliban or Islamic State. UNAMA notes that these people are protected from attack under international humanitarian law, though attacks are allowed under U.S. military guidelines.

The casualty numbers were 5% lower than 2018 and they were the lowest number since 2013.

A previous version of this story incorrectly used USAMA as the acronym for the United Nations Assistance Mission in Afghanistan, instead of UNAMA.