Accessibility links
Bernie Sanders Wins Nevada Caucus, Locks In Front-Runner Status Sen. Bernie Sanders prevailed again on Saturday, according to The Associated Press. The state held the third contest in the nomination fight, but it was the first with a diverse population. 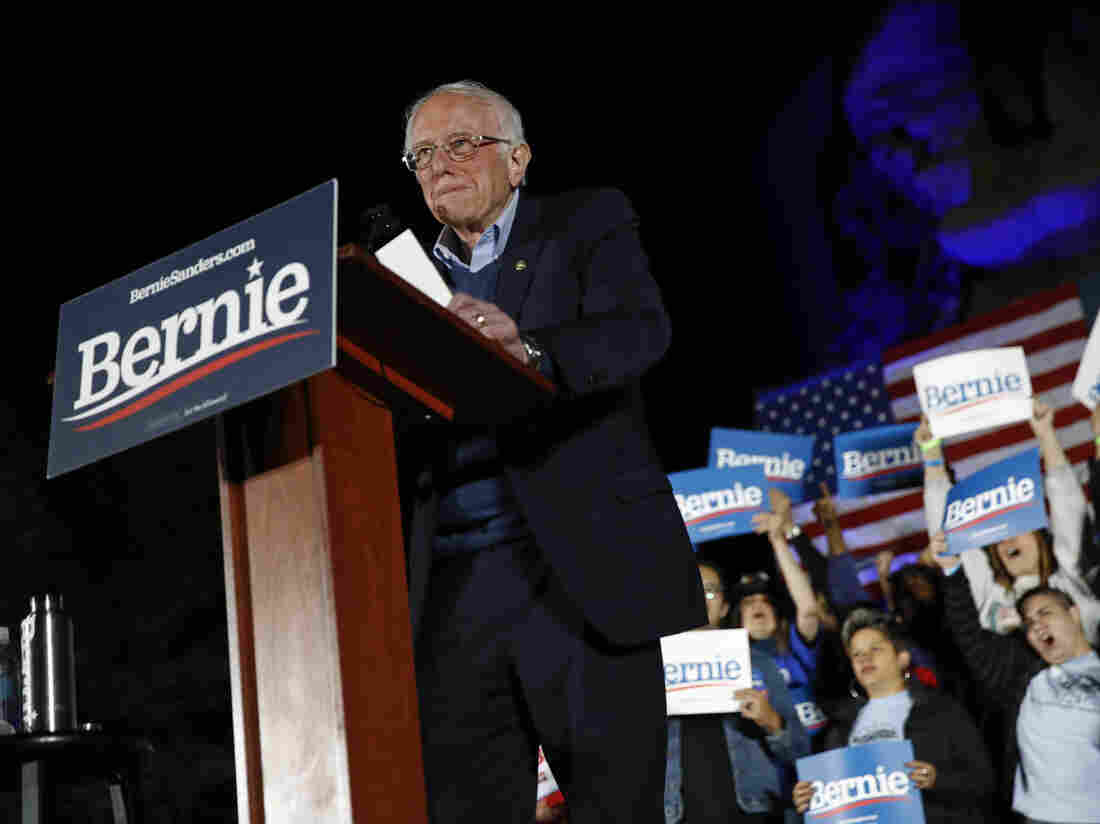 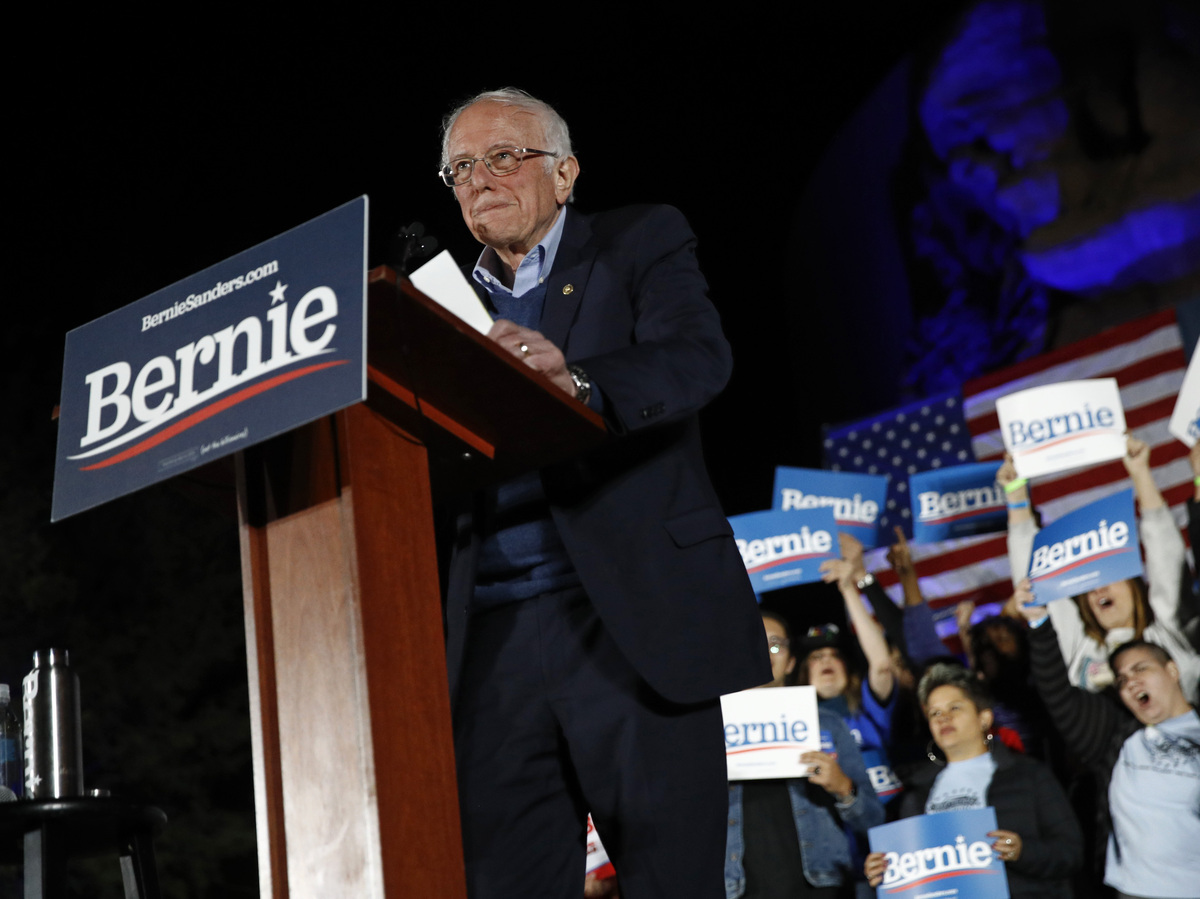 Vermont Sen. Bernie Sanders has won the Nevada caucuses, according to an Associated Press projection.

The win gives Sanders victories in two of the first three states to weigh in on the 2020 Democratic presidential nomination. His other win was in New Hampshire, and he also ended in a near-tie atop the still-muddled Iowa caucuses.

"In Nevada, we have just put together a multigenerational, multiracial coalition, which is going to not only win in Nevada, it's going to sweep this country," Sanders boasted at a rally in San Antonio, Texas, shortly after news outlets reported his caucus win.

Sanders now has the clear momentum, and an inside edge among the crowded field of candidates, going into a critical stretch where the bulk of delegates will be awarded. It's a remarkable position for a longtime political outsider who still has not officially joined the Democratic Party.

At a different campaign event in Texas earlier in the day, Sanders made a point to respond to critics of the central policy proposal driving his candidacy — "Medicare for All."

"The idea of universal health care is not a radical idea!" Sanders insisted.

Pete Buttigieg, the former mayor of South Bend, Ind., congratulated Sanders on his win on Saturday but warned Democrats at an event in Las Vegas about what Sanders' candidacy could mean for the party's prospects in congressional races.

"The only way to truly deliver any of the progressive changes we care about is to be a nominee who actually gives a damn about the effect you are having from the top of the ticket" on House and Senate candidates who can enact policy changes on health care and immigration, he said.

Buttigieg finished second to Sanders in the New Hampshire primary and virtually tied him in Iowa, where the caucus results are still not final.

"We can prioritize either ideological purity or inclusive victory. We can either call people names online or we can call them into our movement. We can either tighten a narrow and hardcore base or open the tent to a new, broad, big-hearted American coalition," Buttigieg argued.

While Sanders will head to events in South Carolina, which holds its primary next Saturday, his campaign is more focused on Super Tuesday (March 3), as evidenced by the fact that Sanders spent more time campaigning in California and Texas than in Nevada in recent days.

The campaign is betting that the momentum earned by its sustained stretch of early victories, combined with its massive financial war chest funded by small-dollar donations, will give Sanders the edge on a day when about a third of all delegates will be awarded.

Former Vice President Joe Biden, speaking to supporters in Nevada before Sanders was projected as the winner Saturday evening, proclaimed he still had time to shake up the primary race with a win in the next contest. Early results showed him running a distant second to Sanders.

"The press is ready to declare people dead quickly, but we're alive and we're coming back and we're going to win," Biden said, adding, "We're going to win in South Carolina. Then Super Tuesday, and we are on our way."

Nina Turner, Sanders' national co-chair, told NPR that the campaign wasn't ceding the next primary to any other candidate.

"We're running in South Carolina to win," she said.