Accessibility links
Review: 'Foul Is Fair' By Hannah Capin Hannah Capin's new young adult novel is a modern-day retelling of Macbeth — centered on Lady Macbeth, now a high-schooler taking bloody revenge on the prep school boys who assaulted her at a party.

In 'Foul Is Fair,' Lady Macbeth Goes To Prep School

In 'Foul Is Fair,' Lady Macbeth Goes To Prep School 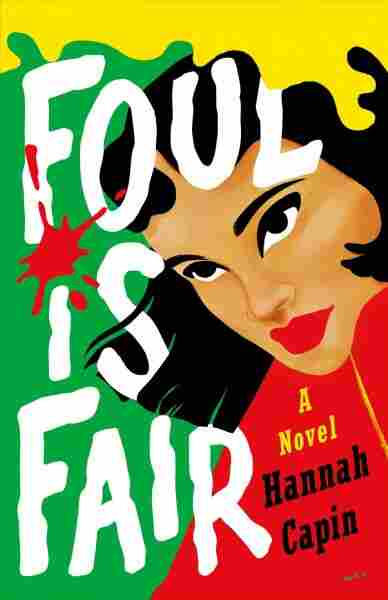 Hannah Capin's most recent book, Foul is Fair, opens with a sensitive content warning and a dedication to every girl who wants revenge. I ask that readers here please keep that in mind for the length of this review, should you elect to continue.

The story of Elizabeth Jade Kanjara is, at its bloody heart, a modern day retelling of Shakespeare's Macbeth, from the point of view of Lady Macbeth. This premise drew me to the book like a moth to the flame, in much the same way Joker drew comic book fans to the theaters. In high school I was a dramatic, Poe-loving, closet Goth. Like many teenage girls cut from a similar cloth, I was fascinated by the story arc and motivations of Lady Macbeth. But while we always wanted to portray her on stage, I don't know that any of us wanted to become her in real life.

As a fan of both the source material and Hannah Capin's debut novel The Dead Queens Club, I was fully prepared to embark on a tale rich with darkness, poetry, and blood. I was not disappointed. (Maybe a little sick and scared sometimes, but not at all disappointed.)

There is no revenge without an inciting incident — in the incredibly short first chapter, Elle is drugged and raped at a party by the "golden boys" from a local prep school that she does not attend — and it's her 16th birthday. It seems trite, distilling it down like that, but make no mistake, this Veronica Mars-esque scene completely destroys her. She cuts her hair and dyes it black, changes her name to Jade, asks her parents to transfer to St. Andrew's Prep, and teams up with her coven — best friends Jenny, Summer, and Mads — for revenge. Jade plans to walk right into the golden boys' exclusive clique and hook up with Mack, the lone wolf of their pack. Then she will convince Mack to kill them all: Duncan, Duffy, Connor, Banks, Malcom, even Piper, the girl who "didn't do anything" that fateful night.

And those are only the marked ones. A lot of names fly around at the beginning of the book; even if you're familiar with the Scottish play, you might find yourself a bit lost. Also, the narrative randomly and dramatically skips around in time, repeatedly flashing back to that awful Friday night. But once teens start dying, there's no trouble catching up with which character is which.

Yes, actually dying: Despite Capin's passionate language, steeped in Lady Macbeth's untamed madness, the death Jade brings down upon her transgressors is no metaphor. She often refers to herself and her coven as creatures beyond human, with claws and fangs and enormous dark wings. No coincidence that her words bring to mind the vengeful Furies of ancient myth, infernal goddesses with animal aspects that torment their victims on behalf of the wronged.

This revenge fantasy is as brutal as it is beautiful. Everyone is horrible to everyone.

When I say Fair is Foul is a book for mature readers, I speak of emotional maturity rather than age. It's an absolutely gorgeous retelling, artistry on every page, Oscar-worthy if it were a film. But I write this from a place of privilege, having not experienced such a personal, horrific assault. This revenge fantasy is as brutal as it is beautiful. Everyone is horrible to everyone. If I sympathized with anyone while reading, it was the young female survivors who need this book, with reasons to have had these fantasies at all.