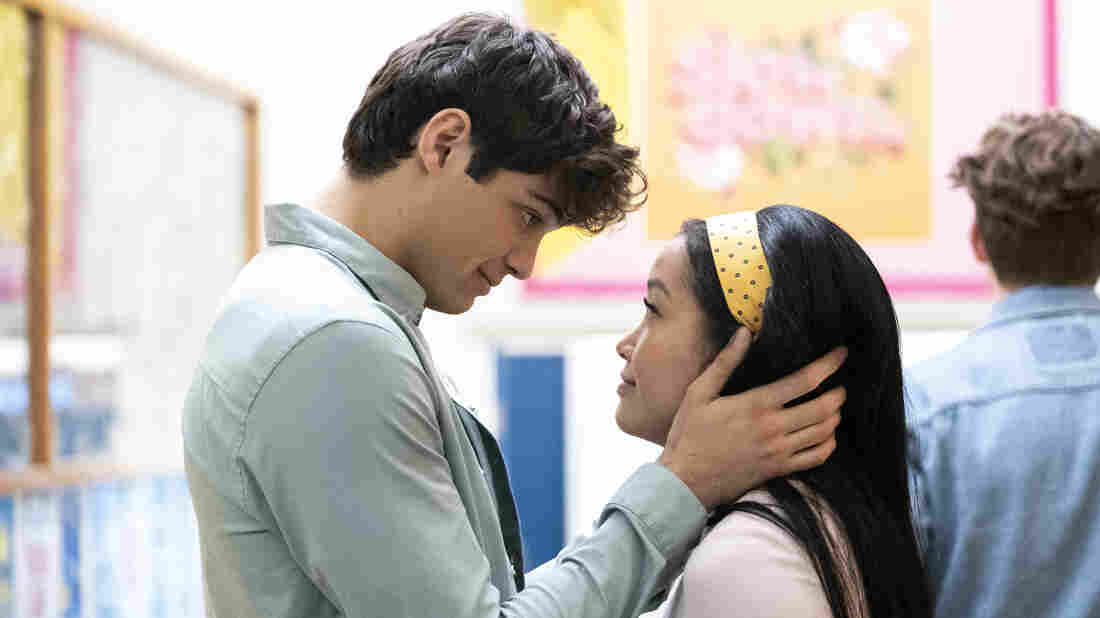 Noah Centineo and Lana Condor negotiate life as an established couple in To All the Boys: P.S. I Still Love You Bettina Strauss/Bettina Strauss/Netflix hide caption 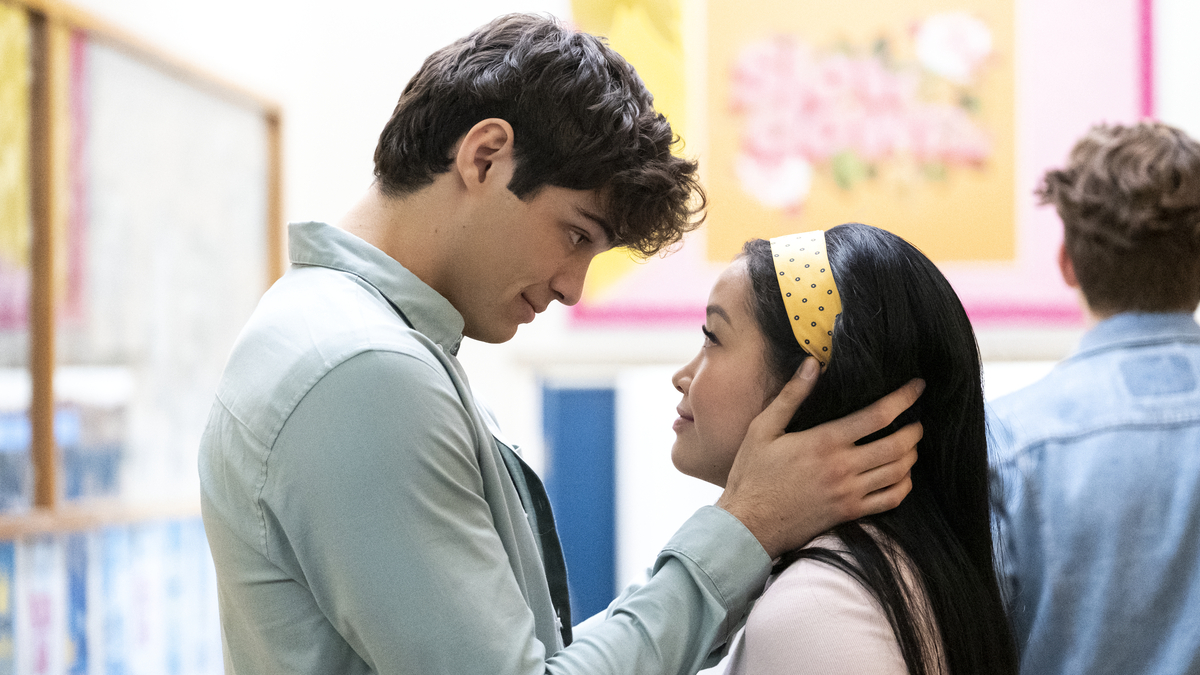 Noah Centineo and Lana Condor negotiate life as an established couple in To All the Boys: P.S. I Still Love You

True story: This past Valentine's Day I was walking out of the office when I overheard a group of younger colleagues saying that they were staying in to watch the sequel to Netflix's To All the Boys I've Loved Before, called P.S. I Still Love You. Then my sister called me to say the very same thing. And I will confess, I watched it too.

If you haven't seen the first To All the Boys movie, it follows the story of Lara Jean Covey and her crush and eventual boyfriend Peter Kavinsky, and it's based on a series of best-selling books by Jenny Han. It was a charming breakout hit — and if my informal polling of people on Valentine's Day is any guide, the sequel is is pretty popular too.

In 'P.S. I Still Love You,' The 'To All The Boys' Story Gets More Complicated

Noah Centineo plays Peter — a character who's more open to emotion and vulnerability than your average dude. "They say, you know, hard on the outside and then soft and mushy on the inside, and with Peter, it's genuinely true," he says. "I feel like you can't say 'Break my heart into a thousand pieces,' and 'I love you' without being vulnerable. Those are very very honest statements. And I feel like that's what we all want ... And being pent up and not releasing your emotion is something that as men for a very long time, we've been conditioned to think is normal. And it's led to so many psychiatric ailments."

On seeing different types of masculinity on screen

I think hopefully it's reflective of an emerging, or a shifting culture. Hopefully, if we change the type of masculinity portrayed on camera and it's getting good responses, then it's either where we're aspiring to be, or it's people relating to it on a personal level. And I think it's super important.

On why he became an actor

You know what it was, I started doing plays in third grade. And I was a very shy kid when I was younger, I was very sensitive, and wasn't good at meeting new people. And I think in third grade, once I started to do improv and learn what acting was, and becoming a character, I found this confidence, and I loved the feeling of being on stage. I was Mowgli in The Jungle Book in fifth grade, and was running around with this leotard on. And I think, just honestly, maybe it was the adoration, you know, the applause at the end and then the rush of just like being in front of people and making them laugh. Maybe it was the attention, I don't know, but I started just knowing that I felt euphoric when I was doing it, and I wanted to keep doing it. And then it's progressed over the years to something that I just really love, and I take as the opportunity to share ideas and stories.

On maintaining a sense of self when you're "the Internet's boyfriend"

I guess not losing my sense of self is difficult sometimes. But ultimately checking in with myself and going back to like, OK, OK, OK, take all this away. Take all this away. Back before any of that, what were you into? What did you like to do? Like, I just journal, you know, my thoughts and I try to meditate. Which is like, it's so difficult to keep that up, dude, oh my god.

I find that finding new ways to express myself is very, very important. Like, I drew some character without even meaning to. I don't draw very well at all. But the other night, I drew this character, and it's this cute little — it resembles Mr. Potato Head. And he looks super sad and super exhausted ... And I was like, you know what? ... That's my inner Mr. Potato Head. And so in that moment, it sounds ridiculous, maybe. But, you know, that cartoon character was such an honest reflection of my inner state that it almost was as if I finally had accepted that. And I feel better because of it.

This story was edited for radio by Martha Ann Overland and Sophia Alvarez Boyd, and adapted for the Web by Petra Mayer.