Accessibility links
6 Takeaways From The Nevada Caucuses, Including Bernie Sanders As Front-Runner The Vermont senator won the most votes in Iowa. Now he's won New Hampshire and Nevada outright. That makes him the front-runner for the Democratic nomination. 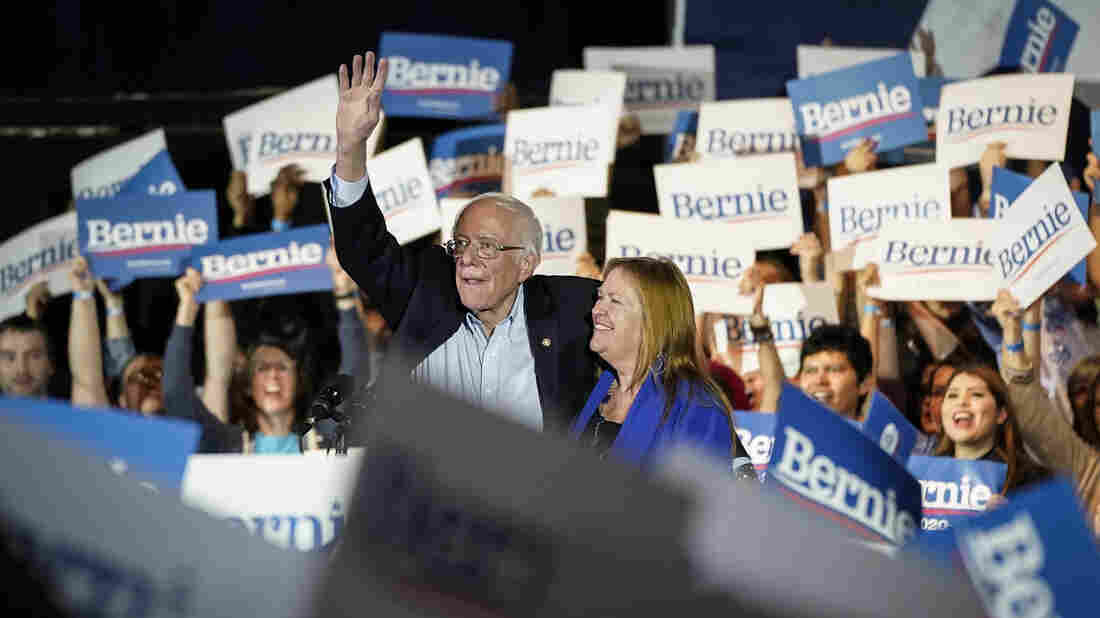 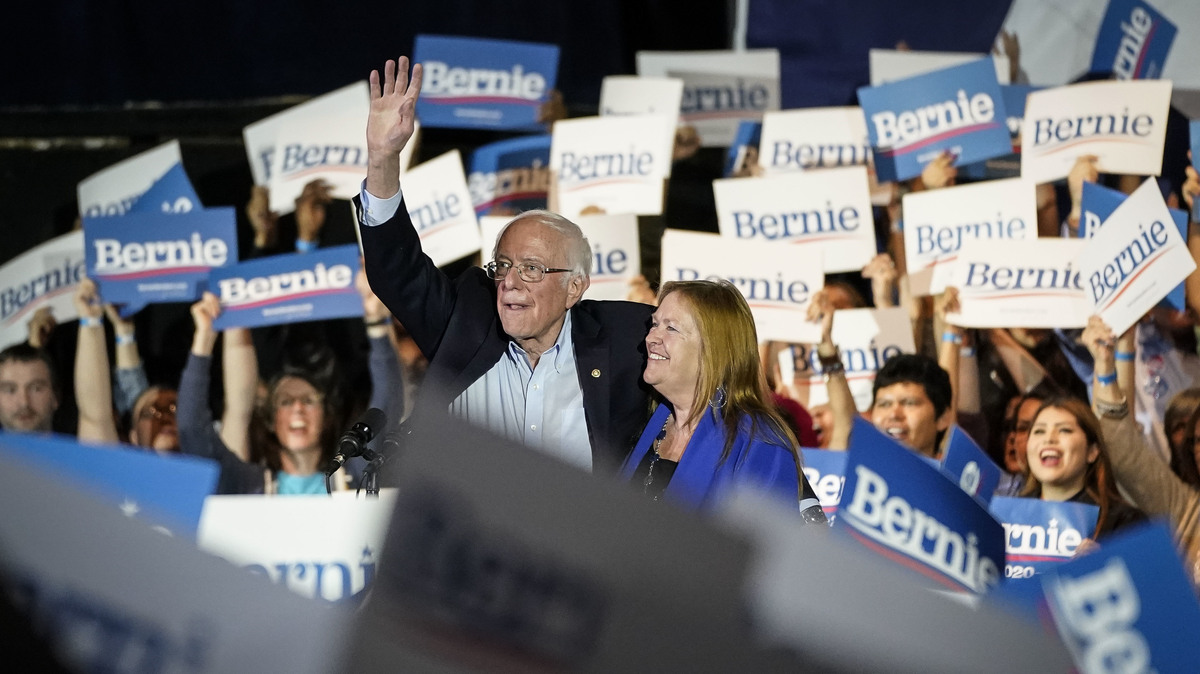 After winning the Nevada Democratic caucuses, Vermont Sen. Bernie Sanders, with his wife, Jane Sanders, waves as they exit the stage at a campaign rally Saturday in San Antonio.

The 2020 Democratic nomination is now Sen. Bernie Sanders' to lose.

The independent from Vermont ⁠— who is running as a Democrat and often speaks about the ills not just of Republicans, but also of Democrats ⁠— handily won the Nevada Democratic caucuses.

And he did it by broadening his coalition beyond his base of young voters and progressives. Sanders won the popular vote in Iowa, the New Hampshire primary and now the Nevada caucuses. The man who calls himself a democratic socialist and has been seemingly running as an outsider all his life is now the inside man.

More on Sanders and the other candidates in these six takeaways:

1. Sanders expands his base.

One of the major question marks for Sanders coming into Nevada was whether he could win with more than just his core base, which fueled his winning a quarter of the vote in Iowa and New Hampshire.

Well, on Saturday, he did that.

Sanders won not only with voters under 30 and people who identify as very liberal, but also with men, women, Hispanics (overwhelmingly), voters 45 to 64 and people with and without college degrees, according to polls conducted as voters entered caucus sites. He also did well among black voters and moderates, finishing a close second to Joe Biden with both groups, which are supposed to be the former vice president's base.

"In Nevada," Sanders said, "we have just put together a multigenerational, multiracial coalition that is not only going to win in Nevada — it's going to sweep this country."

Now it's on to South Carolina, where Sanders has been polling second to Biden, and then it's Super Tuesday, March 3.

Sanders made a show of confidence Saturday by leaving Nevada and going to Texas, one of the biggest prizes on Super Tuesday. He also traveled the day before to California, the largest state voting on March 3.

2. Biden lives to fight another day. 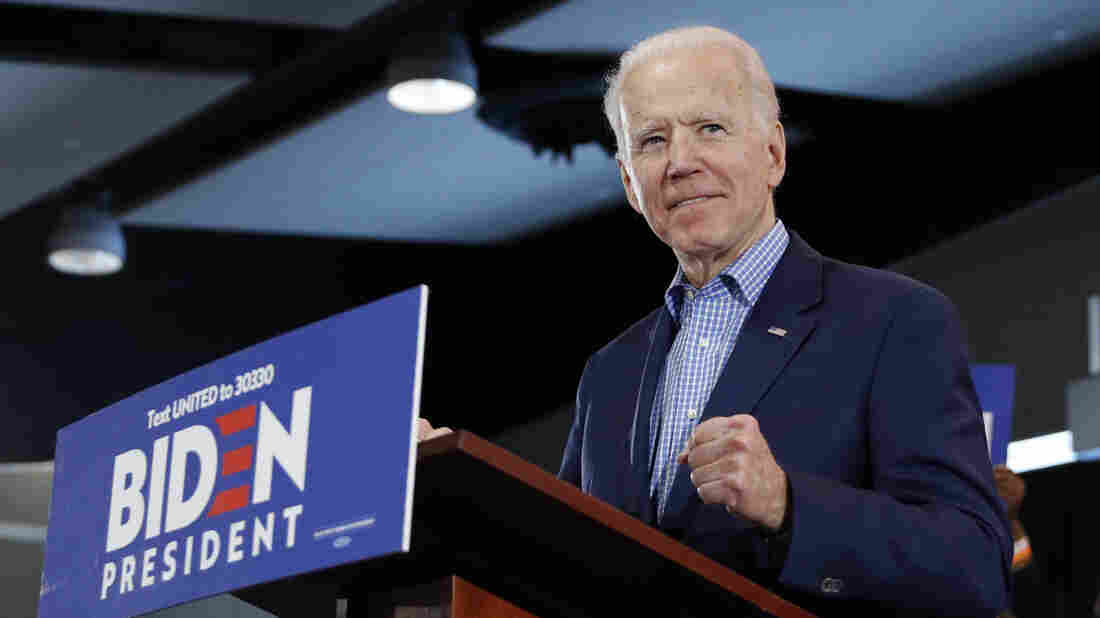 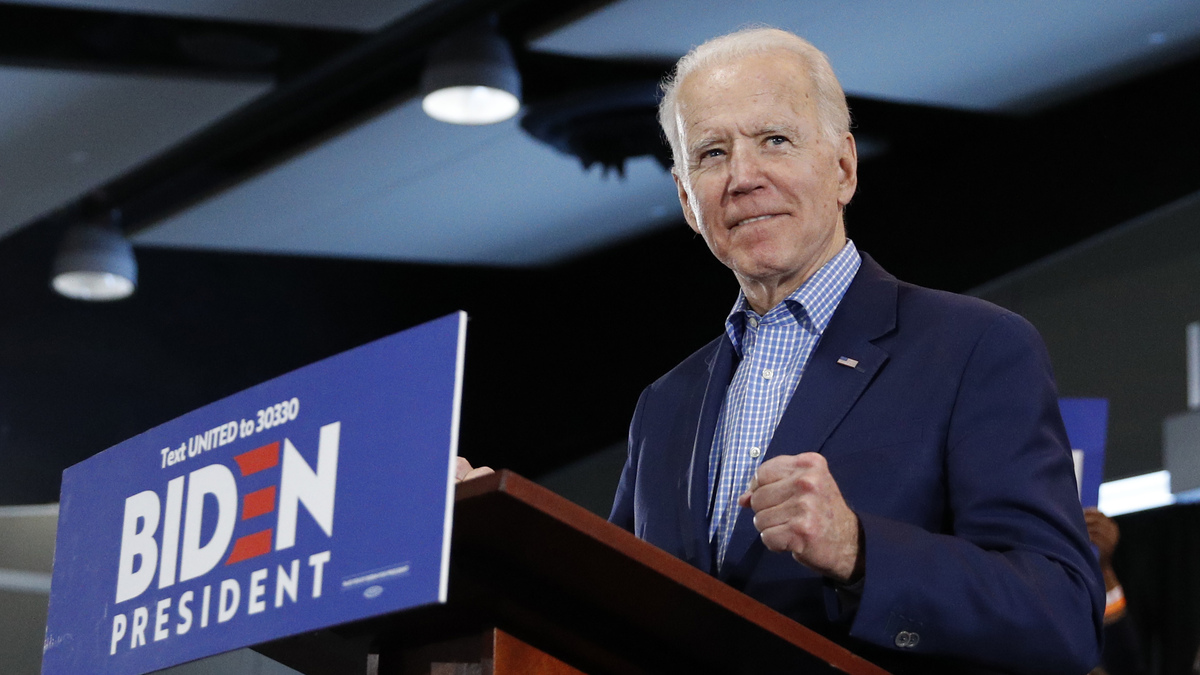 That day is next Saturday, Feb. 29, in South Carolina.

Biden finished a distant second in Nevada. He said after Iowa and New Hampshire that once the electorate became more diverse, he would do better. He won black voters in Nevada ⁠— but only narrowly over Sanders. Biden and the rest of the field were walloped by Sanders among Latinos.

Still, Biden was confident he would recover.

But it's Biden whose coalition is looking increasingly narrow, not Sanders'.

South Carolina's Democratic electorate was 61% black in 2016. Biden predicted he would win there and then propel into the Super Tuesday contests.

He had better win in South Carolina, or there doesn't look like much of a path to Super Tuesday that includes him winning the nomination, especially with former New York City Mayor Michael Bloomberg looming. Bloomberg threatens to siphon centrist votes from Biden on Super Tuesday.

Biden could have his hands full in South Carolina.

Not only is Sanders on his heels with African American voters, but wealthy venture capitalist Tom Steyer has spent more than $20 million on ads in that state, and he is targeting black voters too.

3. The moderates gambled — and are losing — on opposing "Medicare for All." 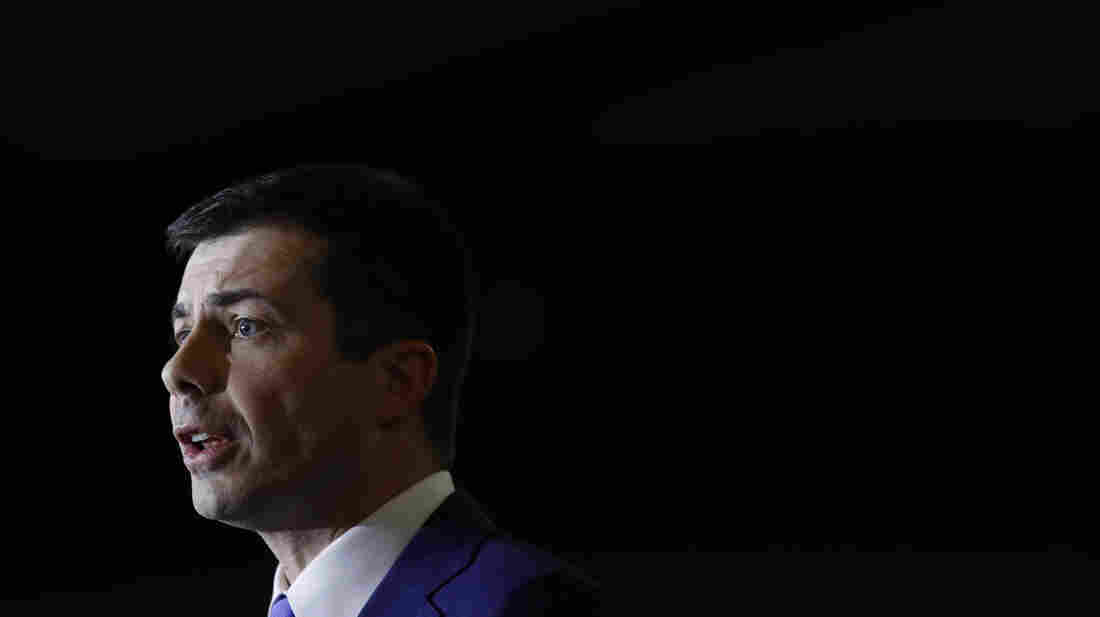 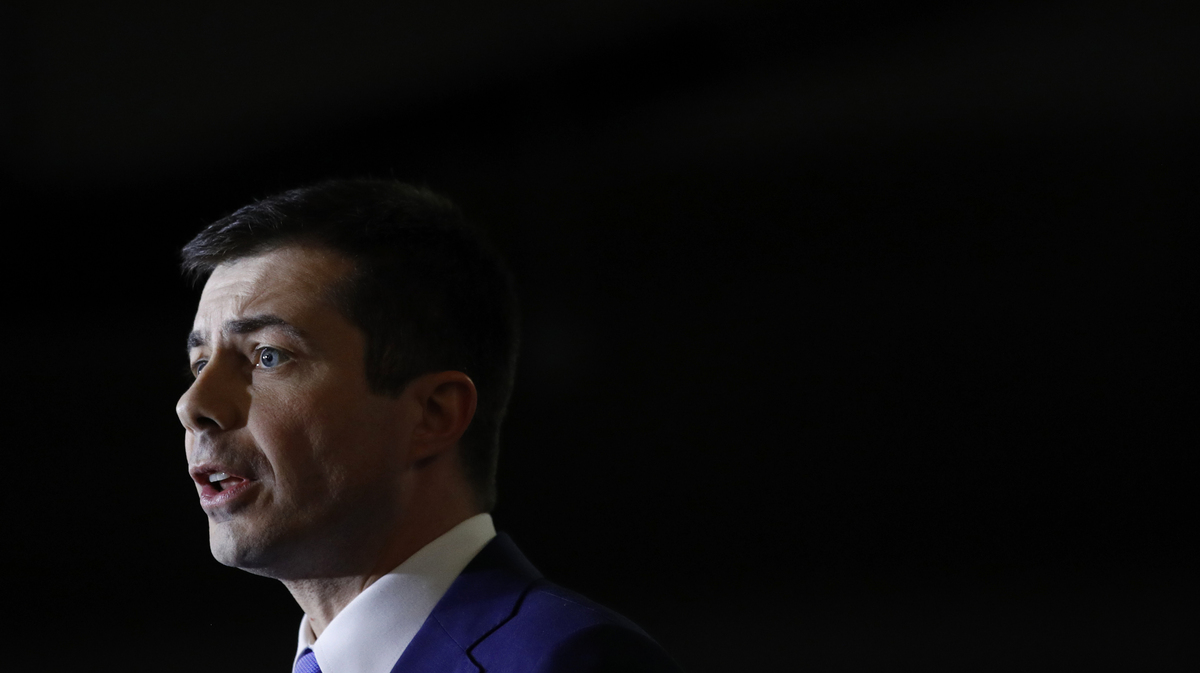 It came immediately after accusing Sanders of believing in "an inflexible ideological revolution that leaves out most Democrats, not to mention most Americans."

I believe we can defeat [President] Trump and deliver for the American people by empowering the American people to make their own health care choices with 'Medicare for All Who Want It.' Senator Sanders believes in taking away that choice, removing people from having the option of a private plan and replacing it with a public plan, whether you want it or not.

The problem with that is, while most Americans overall oppose Medicare for All, you know who likes it? Democrats.

In the three states that have held Democratic contests so far, ditching private health insurance for a government plan was backed by 57% in Iowa, 58% in New Hampshire and 62% in Nevada. That's similar to the results from an NPR/PBS NewsHour/Marist poll from December that showed 64% of Democrats supporting it.

Candidates like Buttigieg, Biden and Sen. Amy Klobuchar of Minnesota have tried to make their opposition to Medicare for All an electability argument.

But two-thirds of voters in the Nevada Democratic caucuses said it was more important to nominate someone who could defeat President Trump than to agree with the nominee on major issues, so it was unclear who that person should be.

Sanders, Biden and Buttigieg were all close on that question. (Yes, Sanders supporters see him as the most electable; many of them think he would have beaten Trump in 2016 too.)

But when it came to those who said agreeing on major issues was most important, the winner was clear: Sanders. He got 54% of those voters. Sen. Elizabeth Warren of Massachusetts was next, with just 12%. 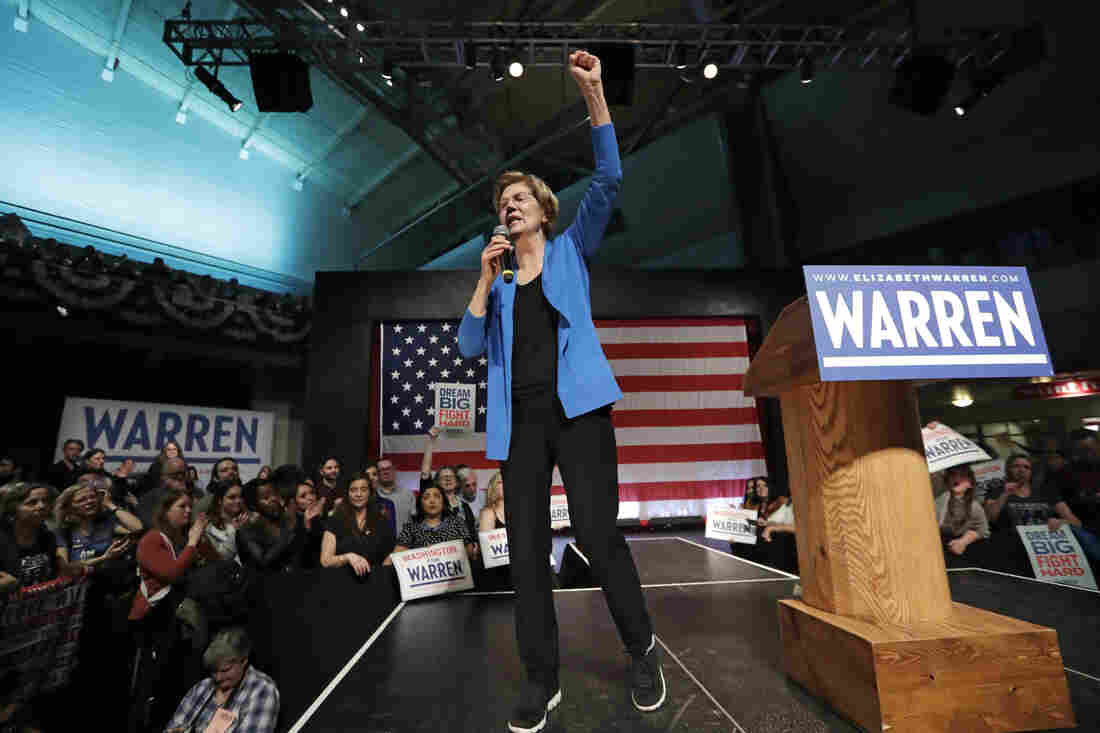 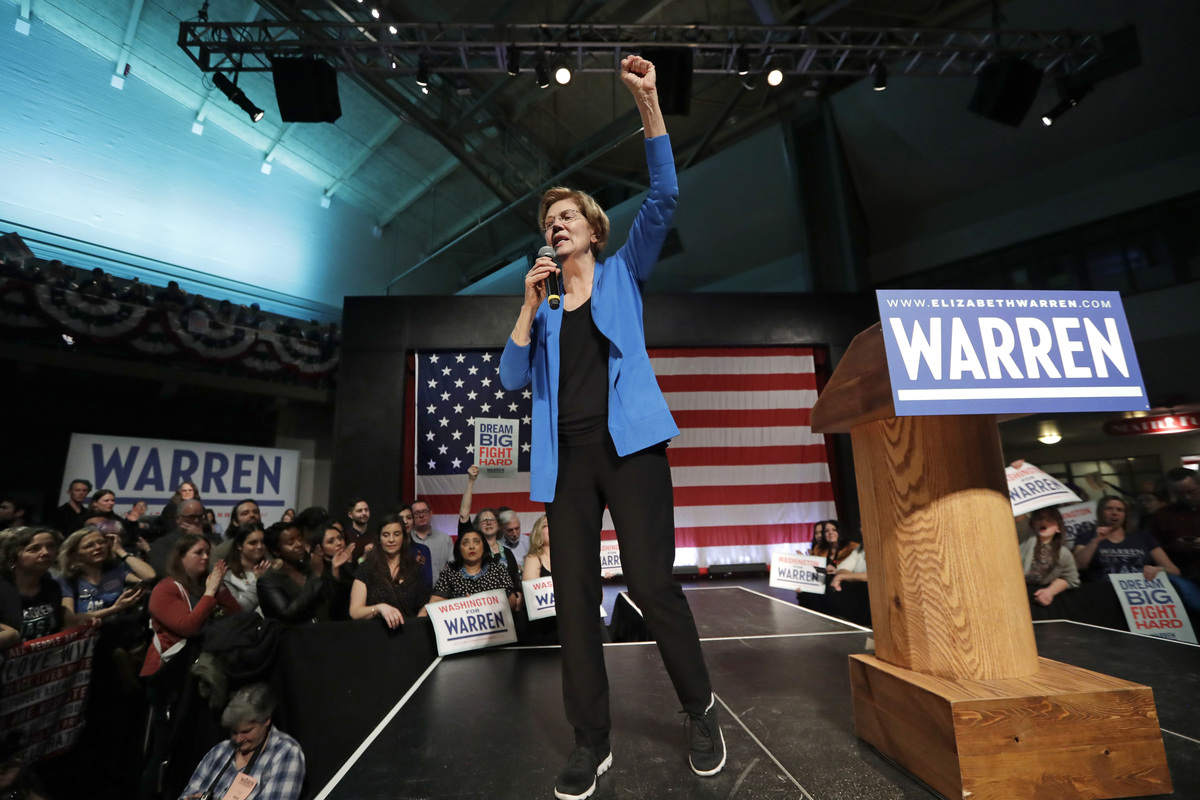 Warren didn't come close in Nevada. She's struggling to find her lane between the progressives who find her second best to Sanders and the white college graduates she's battling for with Buttigieg.

But one thing that shouldn't go unnoticed is that she finished strong among those who made up their minds in the last few days.

Warren got about 20% of them, about the same as Sanders and Buttigieg. Warren did far worse with those who decided earlier.

What does that tell you? She and her surrogates believe that this shows Warren had a strong debate — and that she was hurt by early voting.

Because so many people voted early, before her strong performance against Bloomberg, it was nearly impossible for Warren to change enough minds to be a factor. The lesson for Warren is likely to be that she can differentiate herself from Sanders in Tuesday's South Carolina debate with a similar command posture.

She may have the money to continue on to Super Tuesday, but Warren and her team are going to have to seriously evaluate if there's a real path to the nomination, especially if she doesn't have a strong finish in South Carolina.

5. Republicans were thrilled with the result — and lack of (fast) results.

Trump was happy to continue trying to cause trouble in the Democratic race.

He called Sanders "crazy" and mocked other candidates, while also encouraging Sanders to not "let them take it away from you" — all with fewer than 280 characters.

Looks like Crazy Bernie is doing well in the Great State of Nevada. Biden & the rest look weak, & no way Mini Mike can restart his campaign after the worst debate performance in the history of Presidential Debates. Congratulations Bernie, & don’t let them take it away from you!

Republicans are gleeful about the idea of being able to run against Sanders and "socialism." Trump's campaign went after that idea — and the slow results of the caucuses.

"Media reports of unstaffed caucus sites in Nevada just prove that the national Democrat Party is in chaos and incompetent," Brad Parscale, Trump's campaign manager, said in a statement. "Even with that mess, there is no denying that Big Government Socialism dominated again as Bernie Sanders remained the leader of the leftist pack. We are another day closer to Election Day and another day closer to re-electing President Trump."

The Trump campaign is happy to try to sow chaos and seeds of doubt in the Democratic primary — and there's no easier way to do that than by playing to preconceived suspicions about the Democratic Party held by many of Sanders' supporters.

6. Caucuses may very well be doomed.

It can be frustrating to watch election results come in so slowly. By midnight ET, just over a quarter of the vote had been released. Given Sanders' big lead in the entrance polls, networks and The Associated Press were able to call the race for him with just a slim percentage of the vote in.

The party wanted to get it right and avoid the debacle in Iowa. Election security experts say accuracy should not be sacrificed for speed as going slow and making sure all the quality controls have been completed are the most important things.

But it's pretty clear that things go more quickly — without sacrificing accuracy — in primaries. They also have fewer accessibility issues. Increasingly, states have been moving toward primaries and leaving caucus systems behind. Expect that to speed up before 2024.