Accessibility links
'Hidden Figures' Mathematician Katherine Johnson Dies Johnson was one of NASA's human "computers" and wrote trajectory equations for missions in the space agency's early days. She was awarded the Presidential Medal of Freedom in 2015. 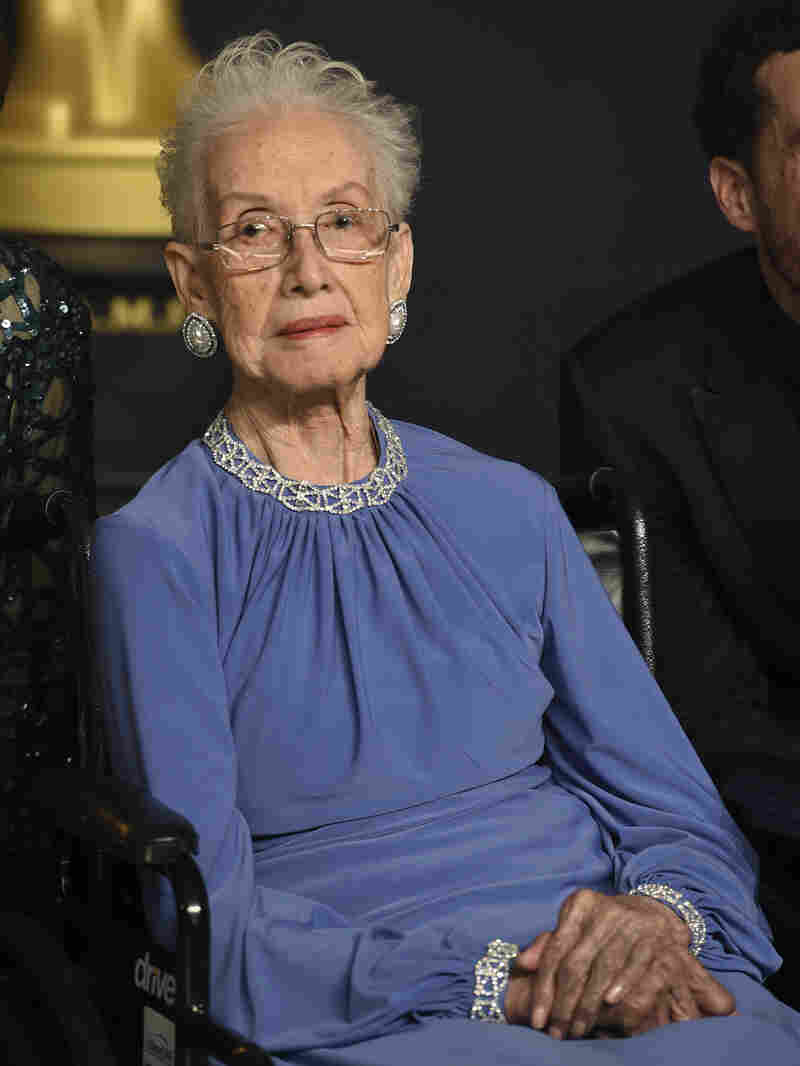 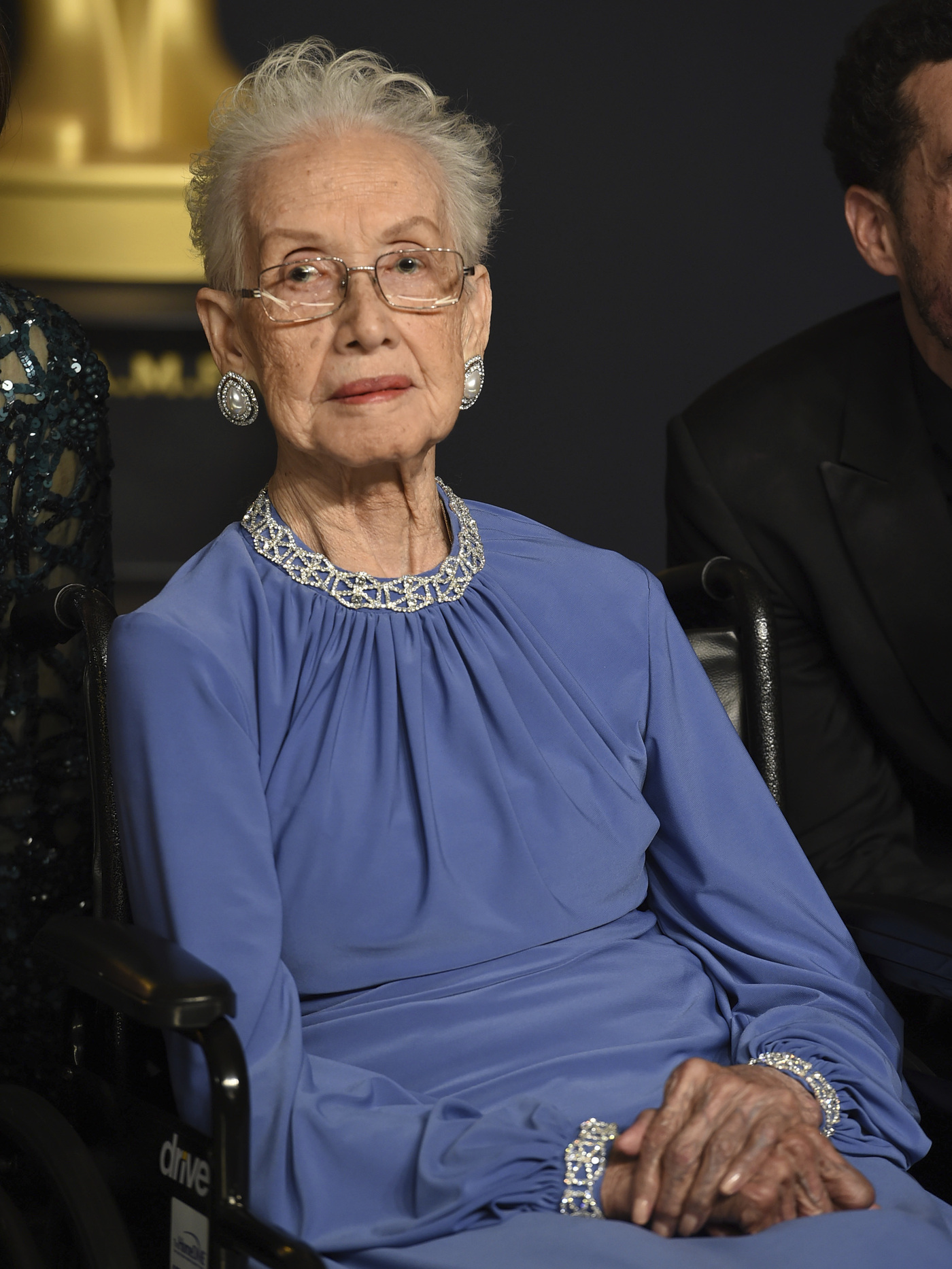 NASA mathematician Katherine Johnson, pictured at the 2017 Academy Awards, was one of the women profiled in the book and film Hidden Figures. She died Monday at 101.

Katherine Johnson, a mathematician who was one of NASA's human "computers" and an unsung hero of the space agency's early days, died Monday. She calculated the flight path for America's first crewed space mission and moon landing, and she was among the women profiled in the book and movie Hidden Figures. She was 101.

Her death was announced by NASA Administrator Jim Bridenstine.

"The NASA family will never forget Katherine Johnson's courage and the milestones we could not have reached without her," Bridenstine wrote on Twitter. "Her story and her grace continue to inspire the world."

Johnson was born in West Virginia in 1918. As a young girl, she was fascinated by numbers and it was clear early on she was gifted. She graduated from high school at 14 and finished college with degrees in math and French from historically black West Virginia State College. She initially became a teacher but, in 1953, took a job at the National Advisory Committee for Aeronautics — the agency that would become NASA. "Everybody there was doing research," she recalled in later years, "You had a mission and you worked on it."

She was one of a handful of African American women hired to do computing in the guidance and navigation department at Langley's Research Center in Virginia. The women battled both racism and sexism. As Johnson told public television station WHRO in 2011, none of it held her back: "I just happened to be working with guys and when they had briefings, I asked permission to go. And they said, 'Well, the girls don't usually go.' and I said, 'Well, is there a law?' They said, 'No.' So then my boss said, 'Let her go.' "

And she never stopped going, using her extraordinary computing skills to move up the NASA chain. She hand-computed the trajectory of the first manned launch and continued to be important to the astronauts.

Johnson at her desk at NASA Langley Research Center with a globe, or "Celestial Training Device." NASA hide caption 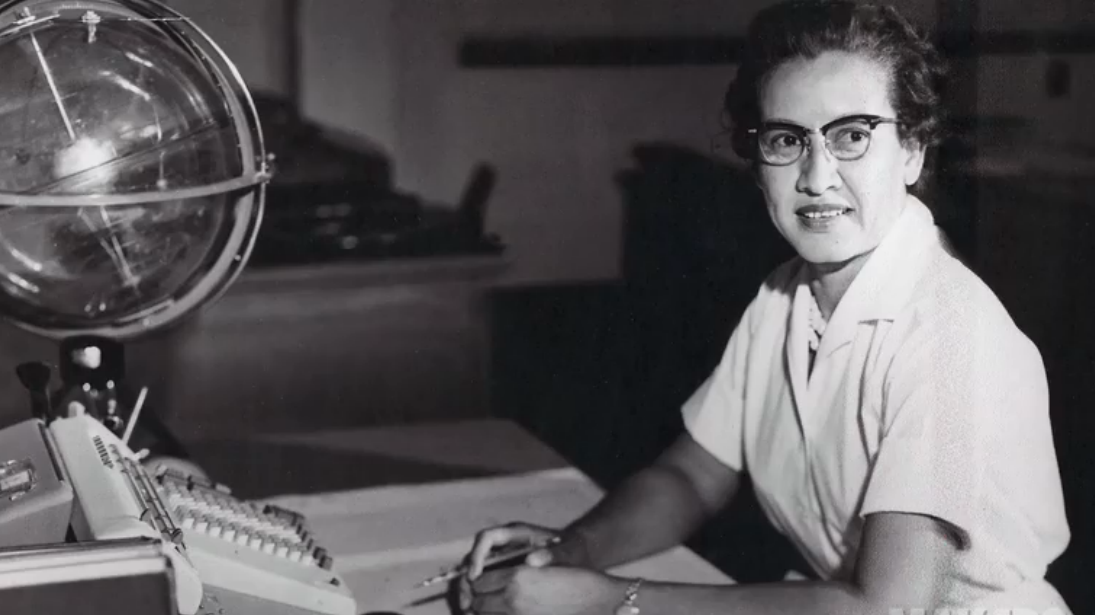 Johnson at her desk at NASA Langley Research Center with a globe, or "Celestial Training Device."

Before John Glenn flew Friendship 7 in 1962, becoming the first American to orbit Earth, he asked Johnson to double-check the math of the "new electronic" computations. "But when he got ready to go, he said, 'Call her. And if she says the computer is right, I'll take it,' " she recalled.

Margot Lee Shetterly wrote the book Hidden Figures and said that Glenn considered Johnson's calculations part of his preflight checklist. "So the astronaut who became a hero looked to this black woman in the still-segregated South at the time as one of the key parts of making sure his mission would be a success," she told NPR in 2016.

Here Are The 2015 Medal Of Freedom Winners, In Their Own Voices

Johnson did calculations for the first moon landing, and later for the space shuttle program. President Barack Obama awarded her the nation's highest civilian honor, the Presidential Medal of Freedom, at a 2015 White House ceremony. "In her 33 years at NASA, Katherine was a pioneer who broke the barriers of race and gender, showing generations of young people that everyone can excel in math and science, and reach for the stars," Obama said.

Johnson's accomplishments continued to be highlighted later in life. She got a standing ovation at the Academy Awards in 2017 and NASA named the Computational Research Facility in her honor.