Accessibility links
Hmong Leaders Rally Against Trump Administration Deportation Push The State Department is negotiating with Laos to deport thousands of Hmong who broke the law in the U.S. — even if they've already served their time. 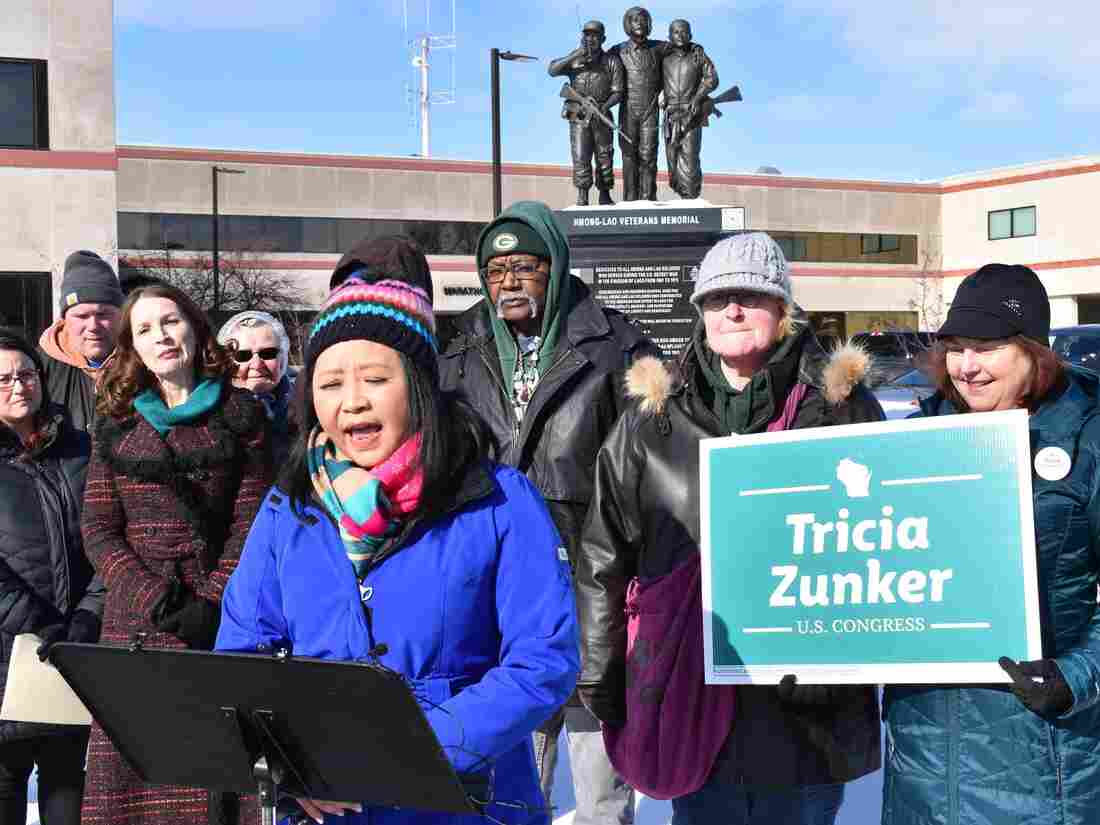 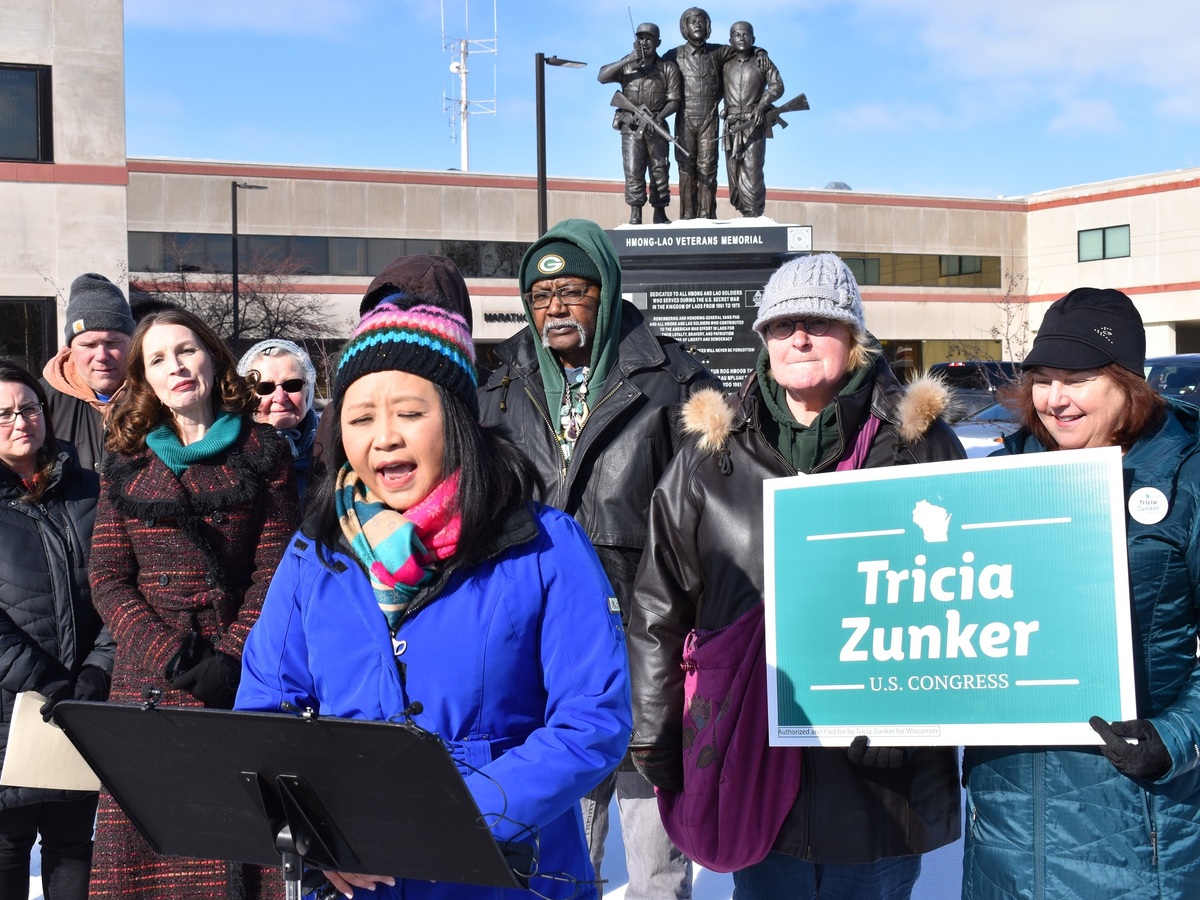 Ka Lo, a member of the Marathon County Board in Wausau, Wis., spoke about the Trump administration's immigration policies at a Feb. 13 rally in the city.

Efforts by the Trump administration to increase deportations to Laos have galvanized the Hmong community in the U.S., and some leaders are speaking out in ways they haven't before.

The Hmong, a Southeast Asian ethnic group, fought as U.S. allies in the Vietnam War. After the war, tens of thousands of them were forced to flee Laos and a crackdown from its Communist government. They came to the U.S. as refugees beginning in the 1970s.

Now the Trump administration is negotiating with Laos to deport thousands of Hmong who have broken the law here.

News of those negotiations has triggered a response in Hmong communities across the nation, and organizers are seeking to rally opposition to new deportations.

Ka Lo's parents came to the U.S. as refugees in the late 1970s. Her father was a war veteran. In 2018, Lo became the first Hmong woman elected to the Marathon County Board in Wausau, Wis.

'Our Community Is In Mourning': Popular Singer Among 4 Hmong Men Killed In Fresno

At a February rally, Lo spoke out against Trump administration immigration policy.

"Policies that rip American communities and families apart have no part in the American lexicon," Lo told a group assembled in front of the city's Hmong-Lao Veterans Memorial, a statue erected in 2016 in honor of Hmong service in the Vietnam War.

Lo in her speech also addressed Hmong leaders directly. In an interview after the rally, she said some leaders were hesitant to hold the rally in the Republican-leaning county that voted for Trump. The event was organized by Tricia Zunker, a Democratic candidate for Congress.

"There were Hmong leaders who didn't want to say anything because they didn't want to seem partisan," Lo said. "This isn't a partisan issue. This is a human rights issue."

There are about 300,000 Hmong people in the U.S., and most are citizens, either because their status as refugees allowed them to become naturalized or because they are part of generations who were born here.

But some are green card holders — legal permanent residents, but not citizens. An estimated 4,500 of these people have deportation orders against them, usually because they have been convicted of a crime. Those deportation orders can stay in effect for decades, even after these individuals have served their time.

Hmong have generally been protected from deportation in the past because the government of Laos wouldn't accept most U.S. deportees. According to an Immigration and Customs Enforcement report, there were five deportations to Laos in the last fiscal year.

But the State Department told NPR that the Trump administration is calling on Laos to accept more deportees, and has offered funding for a reintegration program there. The administration has secured a similar agreement with Cambodia, and has also increased deportations to Vietnam.

Advocates say Hmong people could still face persecution in Laos, and very few of them have any connection to the country.

"Many of these individuals came into the United States as children," said Chai Moua of Stevens Point, Wis.

The Trump administration has given little indication about where negotiations with Laos stand. But the news has been enough to trigger panic in some parts of the Hmong community, and a spread of misinformation, such as the false notion that any Hmong resident could become eligible for deportation. Leaders say they're trying to quell those fears, while also connecting those who could be at risk with resources to help them. And they're asking elected officials at all levels to try to influence Trump policy. In Wisconsin, Democrats in the state legislature have said they'll introduce a resolution condemning the Trump administration's efforts. Congresswoman Betty McCollum, a Minnesota Democrat, says she'll introduce legislation this week that would stop Hmong deportations.

"Because there's no information [from official sources], it creates this fear," said Yee Leng Xiong, director of Wausau's Hmong American Center. "It's a fear of the unknown."