Accessibility links
Advice For Giving Advice : Life Kit When someone comes to you for advice, where do you start? This very meta episode of Life Kit explores how to give good advice to the people you care about. Hint: it's not always about fixing someone's problems. 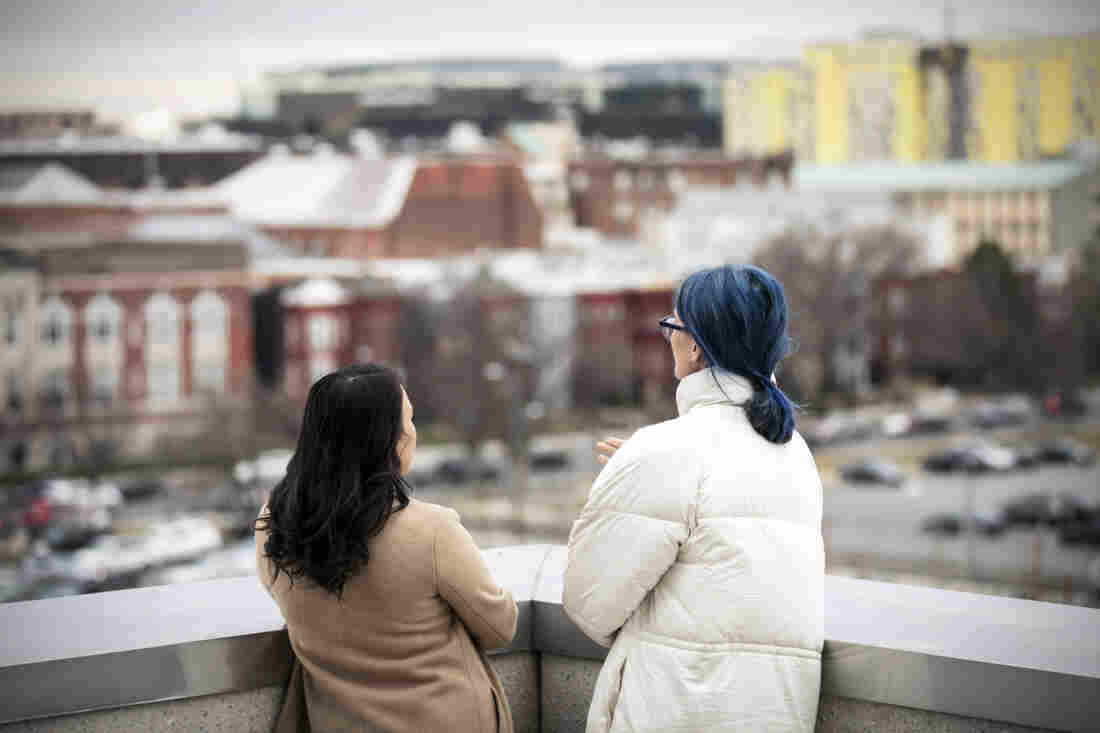 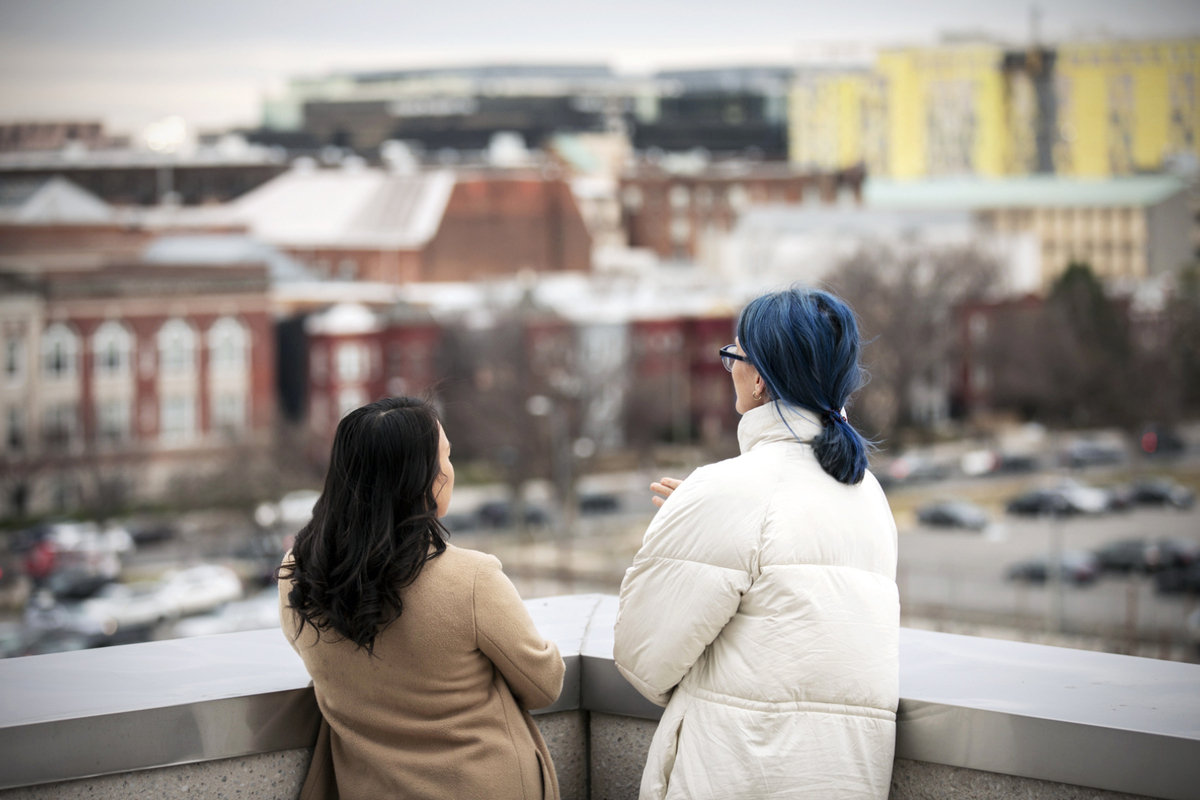 I've been the relationship advice columnist at The Boston Globe for more than a decade. That means I've answered thousands of letters from the lovelorn.

But when friends and family ask for advice, it's more complicated. It can be fraught — sometimes I know too much and it can be difficult to remain objective.

Also, if I don't get it right, I could hurt someone I love.

I think it works that way for a lot of us. Helping a stranger can be easier than advising someone we've known forever.

That's why I teamed up with Life Kit to figure out some best practices. Turns out, good advice is often about loosening the body, opening the mind and, more often than not, keeping your mouth shut.

Jaime Roberts has been one of my go-to experts for advice for decades. She listened to me when we were kids in Maryland. Now in her 40s, she's a high school guidance counselor — so she's still advising young people.

I asked Roberts why she's so good at it, and she was quick to mention her body language. She says you should stay open if you can. She likes to face someone without barriers. She keeps her hands free (she's not multitasking with a phone). She keeps her face neutral and tries to avoid looks of shock or judgement.

"If you look like you're tense or you're distracted, the person might not open up to you as much as you would want them to," she says.

2. You don't have to fix the problem.

Giving advice isn't the same as giving someone an order. That's something Khalid Latif learned on the job. He's the executive director and chaplain for the Islamic Center at New York University, which means counseling and advising are big parts of his job.

People who ask "What should I do?" often want to process a problem themselves. You're giving good advice if you can help them get there on their own.

"A lot of it is to unload things that they have going on inside," Latif says. "And you creating a space where they can self express freely."

Part of the trick with this is remembering that it's not about you. A friend's priorities might not match your own, but that doesn't mean they're wrong. Don't assume their choices are any kind of statement about your own values and decisions.

"Empathy ... I would say necessitates a complete suspension of the ego, where anything that's feeding your feeling, it gets put to the side," Latif says.

3. Know when the questions are more than you can handle.

Latif also says he knows when to refer out. He has mental health professionals on staff who can help people with problems outside of his expertise.

Often, I tell letter writers — and friends and family — that counseling can be wonderful, and that there's no shame in asking for it when bad feelings persist.

I tend to recommend seeking help from a professional when someone seeking advice can't get to a solution on their own.

The thing with giving advice is that when we're doing it for people we love, we might hear the same problem over and over again. When you've known someone for years, you're a witness to their patterns and repeated mistakes.

Author and therapist Sherry Amatenstein says there's a way to be thoughtful about this cycle. Instead of saying, "Ugh, you've said this 15,000 times," you might ask a friend how their new experiences relate to their old ones.

You can also ask questions. "What do you think that means?" or "What has worked for you before?" can be a good ones when you're trying to get someone to consider their own cycle.

John Paul Brammer writes ¡Hola Papi!, an advice column that often focuses on the LGBTQ community. As Papi, Brammer is funny and empathetic. He says it helps that he writes advice when he's in the right space to do it.

It should work that way in real life, too, he said. Texts and FaceTime might be immediate, but your advice doesn't have to be. You can politely explain to someone that you want to give them your full attention when you're ready.

"Sometimes when you try to force yourself to be there for someone that you just can't be there for in the moment, you can do more harm than good," Brammer says.

6. You can be a great sounding board without having lived it.

Brammer also says we're bound to hear about problems we haven't experienced firsthand. But that doesn't mean we can't be helpful. That's why advice is all about listening, really.

If we go into it knowing we don't have answers, if we behave like sounding boards, we can be thoughtful for just about anyone. That's why Brammer says giving advice should feel like a conversation. That's when it works best — when you find yourself saying, "Tell me more."

"There are no points to be won," he said. "You're both just human beings sort of collaborating on the project of being a person and seeing it that way for all its messiness."

Meredith Goldstein is the Love Letters advice columnist for The Boston Globe and hosts the Love Letters podcast. She is also the author of Can't Help Myself: Lessons and Confessions From a Modern Advice Columnist and the young adult novel Chemistry Lessons.

The audio portion of this episode was produced by Andee Tagle.