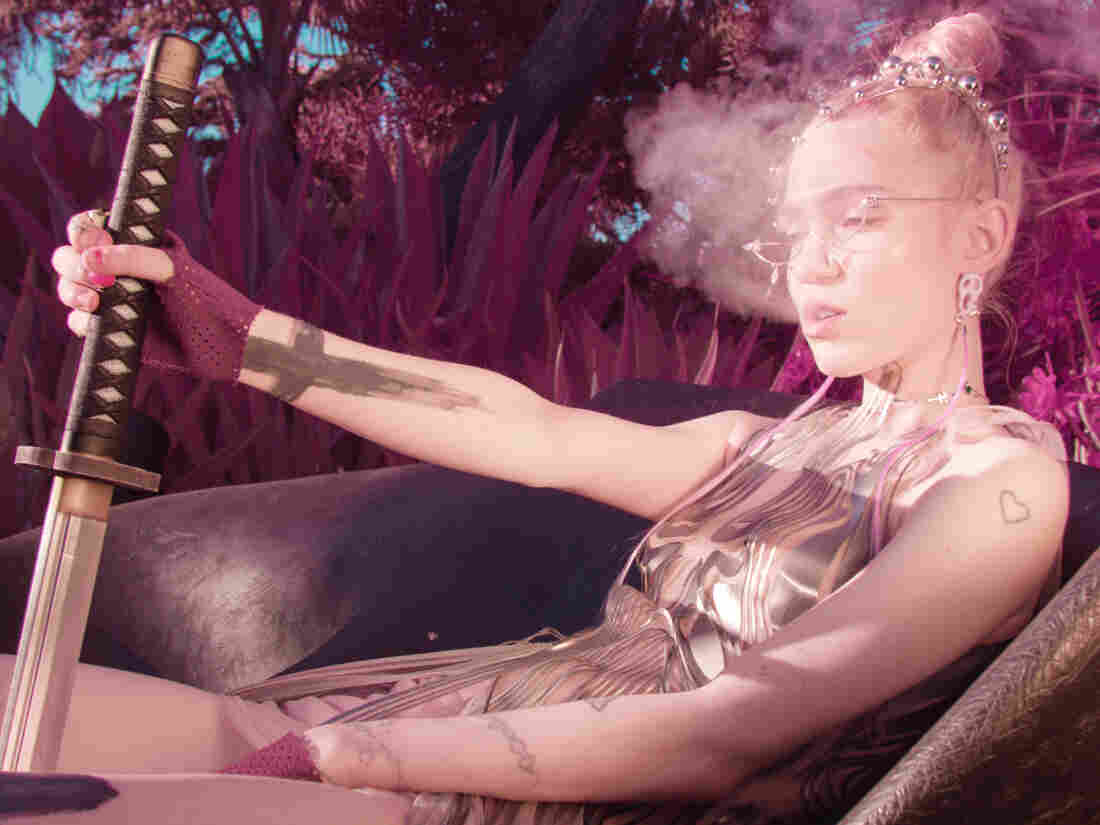 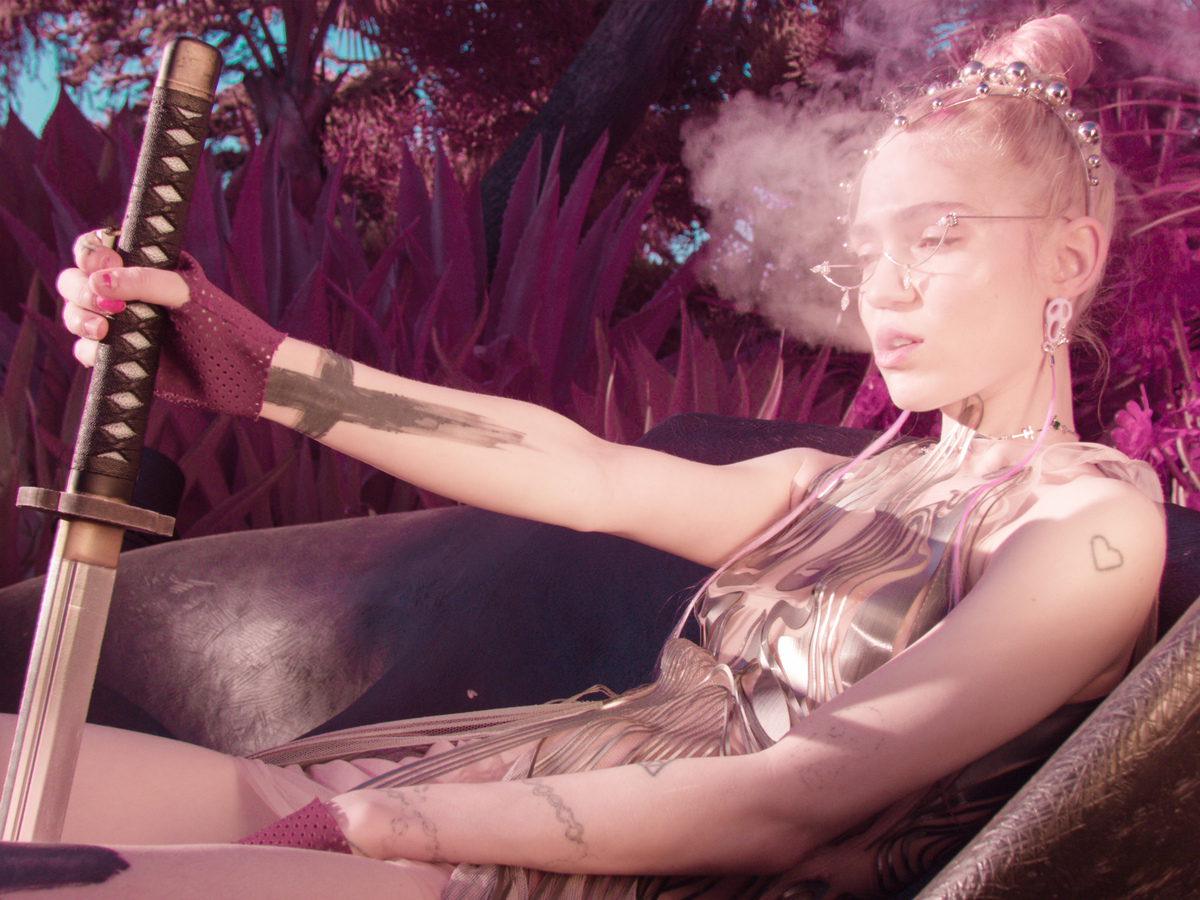 Canadian-born pop artist Grimes often sings in the voices of imaginary characters; the spirit of her new album, Miss Anthropocene (an evident pun on "misanthropy"), is a malevolent goddess who personifies climate change.

Miss Anthropocene is a dark record, at times almost indefensibly nihilistic, but at its best it recalls modern horror movies like Us or Parasite, which frighten us with a larger purpose in mind — to shock us into rethinking certain attitudes.

The woman behind Grimes, Claire Boucher, grew up loving anime, and her pop persona frequently presents like a science fiction warrior superhero. Boucher's also a technical auteur, producing her own densely-layered music and telling stories both visceral and cryptic.

My favorite song on the new album, "Darkseid," features the Taiwanese rapper 潘PAN (formerly Aristophanes), with whom Grimes previously worked with on the Art Angels track, "SCREAM." With Asian-language artists like BTS on English-language pop charts, the collaboration is surprisingly on-trend, except that it features a woman poeticizing ecological suicide, rather than men shoveling boilerplate love songs.

Feeling This: A Conversation With Grimes

That's how Grimes works: Her music pushes the pleasure buttons of mainstream pop while also appearing to critique it. Another example is the song "Before the Fever," which could be heard as a reckless come-on, or a statement of apocalyptic fact.

We are in a cultural moment where songs about depression, even suicide, have become pop lingua franca — as they have been occasionally at other points throughout the history of songwriting. In that sense, Miss Anthropocene fits into a long tradition of songs conjuring depression, even if Grimes frames them abstractly. It's not what I normally expect from a 21st century pop album, but that's why, despite all the darkness, Grimes' music continues to fascinate.