Accessibility links
Some Oregonians Want To Leave And Take Part Of The State To Idaho With Them Some residents are so frustrated with Democratic politics that they are trying to change the map so that most of Oregon and a chunk of Northern California would break off and join red-state Idaho. 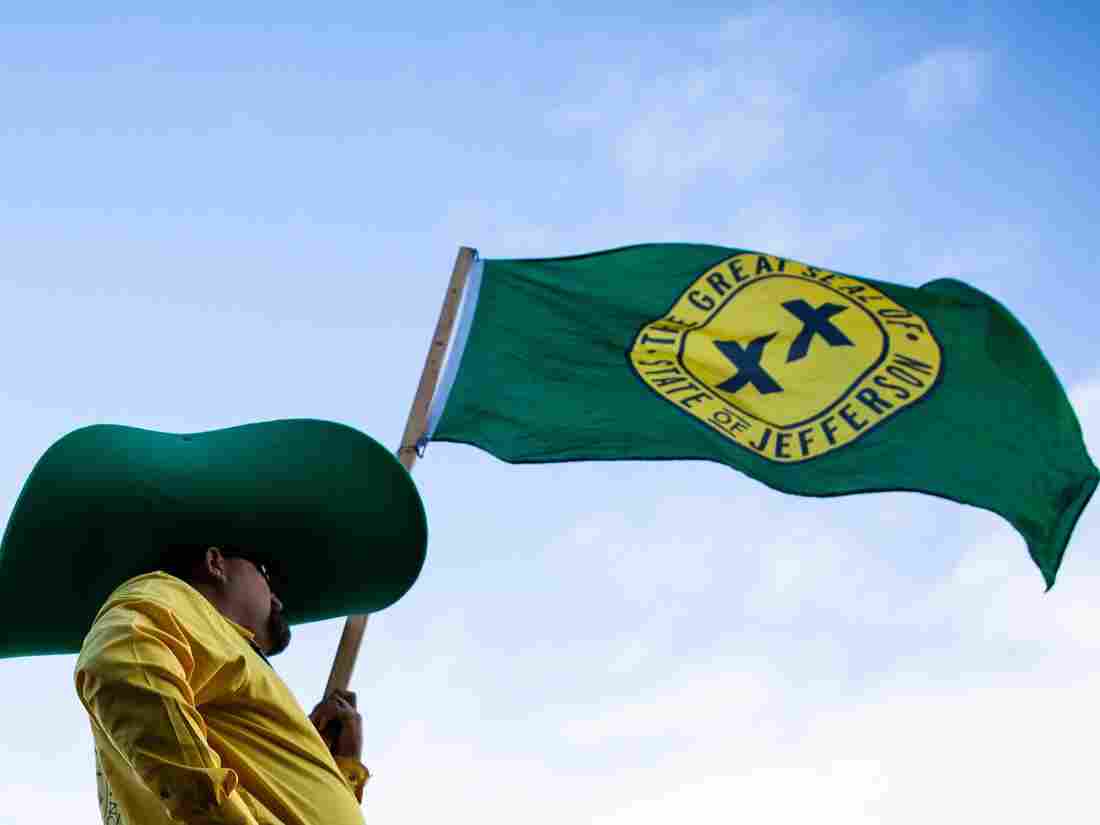 Efforts to carve out new states are not a unique concept. A man on stilts wears State of Jefferson regalia at a Timber Unity rally in front of the Oregon Capitol in Salem, Ore., this month. The push for a State of Jefferson began in 1941. Bradley Parks/OPB hide caption 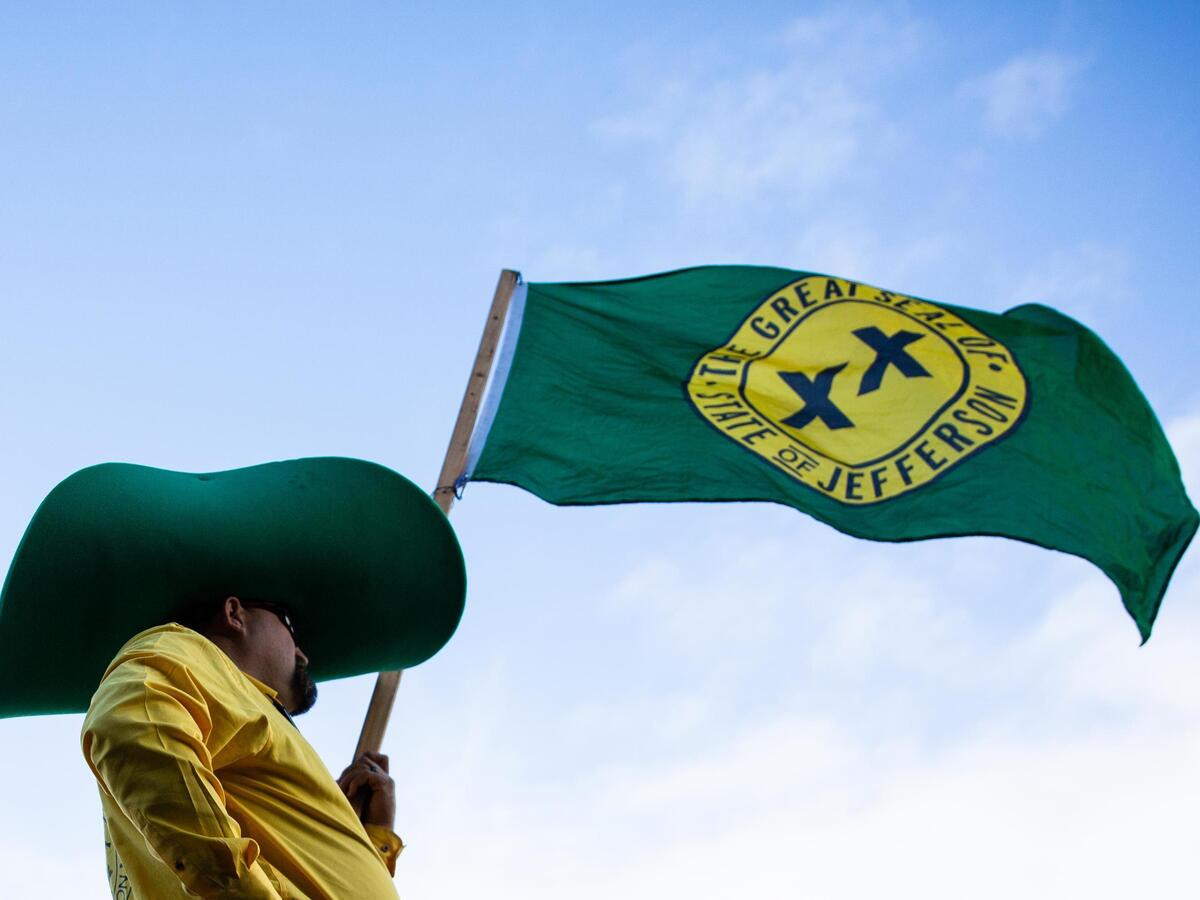 Efforts to carve out new states are not a unique concept. A man on stilts wears State of Jefferson regalia at a Timber Unity rally in front of the Oregon Capitol in Salem, Ore., this month. The push for a State of Jefferson began in 1941.

Some rural Oregonians are so frustrated by Democratic politics that they want to leave the state.

But not by moving elsewhere.

Instead, a group is seeking to change the map itself, so that most of Oregon and a chunk of Northern California would break off and join Idaho, a Republican-majority state. Move Oregon's Border For a Greater Idaho succeeded in getting petitions approved for circulation in two rural Oregon counties this month.

This is only the latest separatist cause in Pacific Northwest history to spark popular interest, despite being practically infeasible for a long list of legal, political and economic reasons.

"It's a movement to try to maintain our rural values," said Move Oregon's Border spokesman Mike McCarter, a 73-year-old retired nurseryman and firearms instructor from the Central Oregon town of La Pine, population 1,900.

More than half of all Oregonians live in the Portland metro area, 200 miles from McCarter. He said policy set by a predominantly urban, Democratic supermajority in the state legislature is fomenting frustration in the conservative, rural areas of the state.

"We're afraid of what's coming down legislatively. It'll destroy rural Oregon," he said, adding: "I grew up in the '50s and '60s, and it was a great time. It was a blue-collar state, a state of hardworking people."

The messaging hits cultural flashpoints. Idaho has more permissive gun laws, and more restrictions on abortion. The state doesn't allow sanctuary cities, nor does it issue driver's licenses to immigrants in the country illegally, according to a proposed ballot measure in the group's literature.

National media coverage exploded the group's social media following last week, after officials in Douglas and Josephine counties approved language for petitions to put a measure on the ballot.

But, even a widespread yes vote by the rural counties in an election wouldn't change any state boundaries. Doing so would require agreement from three state legislatures and Congress. The ballot measures direct individual county commissions to become advocates for the cause.

"One of the ways to see this moment is as a form of political protest and political theater," said political scientist Joe Lowndes, an associate professor at the University of Oregon specializing in populist movements.

Rallying people around state lines and secessionist causes has a rich history in the Pacific Northwest. In 1941, ranchers, miners and loggers on the California-Oregon border staged a rebellion and proclaimed themselves citizens of the State of Jefferson. The symbols of this cause continue to dominate flags and T-shirts, like those seen at a recent protest in Salem over cap-and-trade legislation to address climate change.

Then there's the Cascadia Independence movement, which seeks to erase state lines and form an environmentally conscious bioregion. Meanwhile, numerous right-leaning groups and militias energize followers across the West by challenging federal authority and trumpeting county-based rule over natural resources.

The movements veer all over the political map, Lowndes said, but there are threads to bind them, like an emphasis on local control and self-determination. He traces the ideas back to Manifest Destiny, a 19th century doctrine that was used to justify white supremacy and the colonization of indigenous lands. 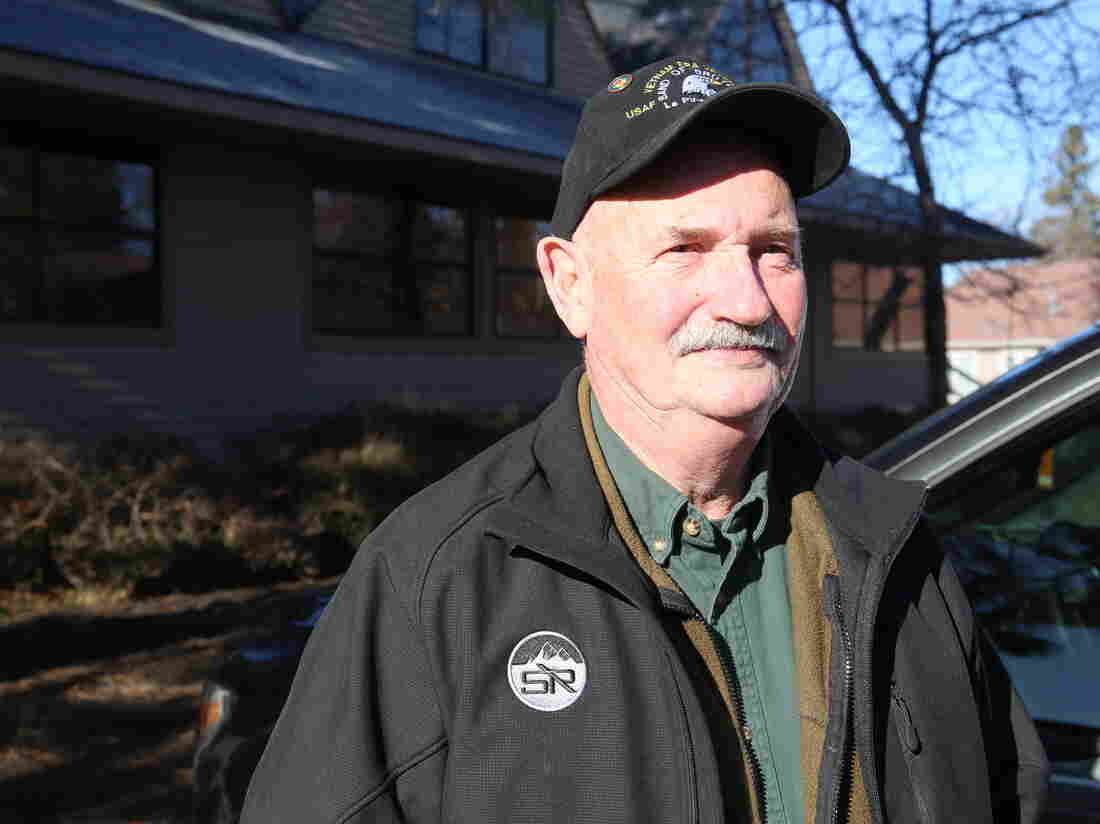 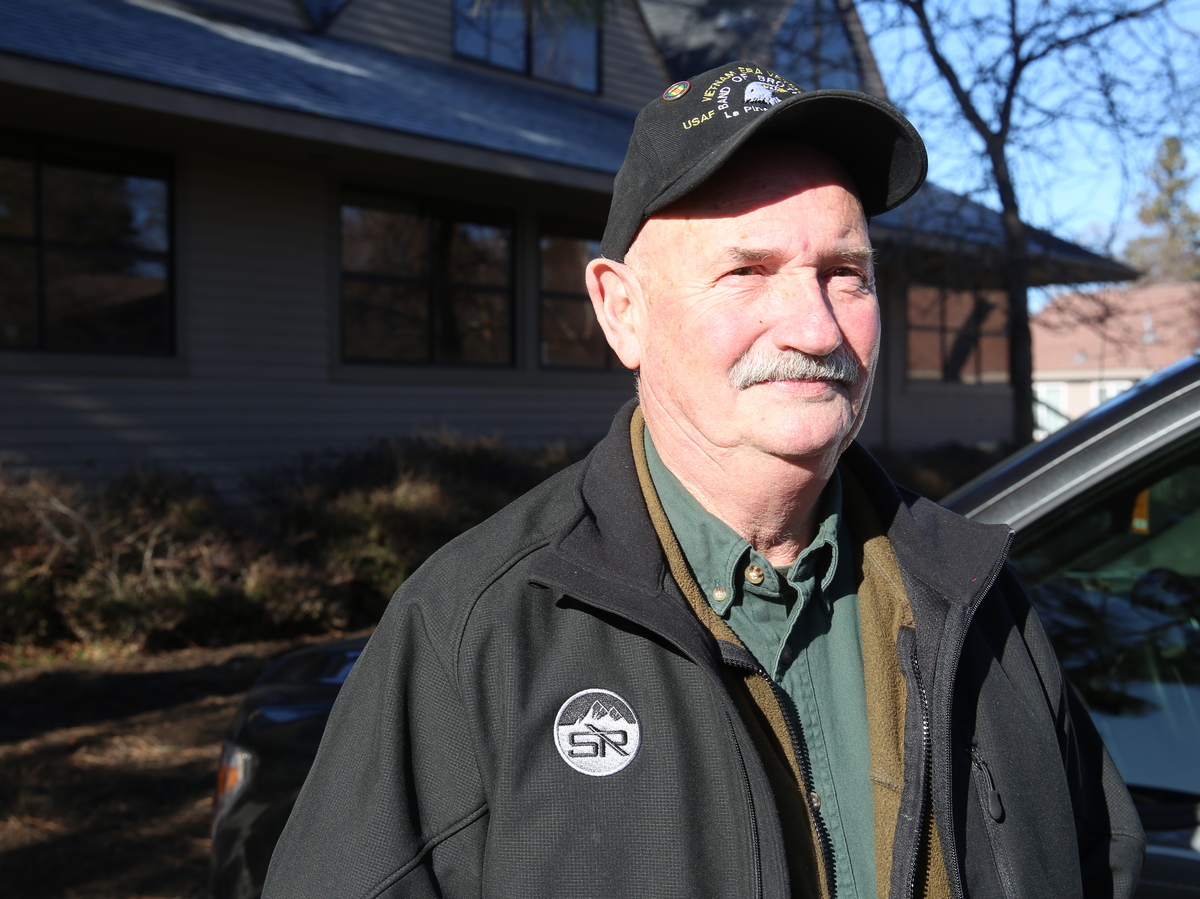 Spokesman Mike McCarter called Move Oregon's Border For a Greater Idaho "a movement to try to maintain our rural values."

Moving state lines is a process laid out in the U.S. Constitution, "particularly Article 4, Section 3," said Shaakirrah Sanders, professor of constitutional law at the University of Idaho.

But even with a road map, there are likely deal-breakers. California and Oregon would lose population, and therefore representatives in Congress, "and that's usually not something that states like to have happen," Sanders said.

There's another big, green problem: the growing and selling of marijuana.

Legal cannabis has become a pillar of the rural economy in Oregon and California, while Idaho still has some of the harshest laws in the country criminalizing it.

Sanders, a black woman who lives in Boise, said she has gotten used to contradictions in American society. She has devoted a career to a document that when it was written, codified both freedom and slavery.

Now, that same constitution sets the rules of engagement for a conflict over what it means to be an Oregonian.

In a previous version of this story, we said that in 1941, people on the California-Oregon border proclaimed themselves citizens of a 51st state. As there were only 48 states in 1941, theirs would have been the 49th state.