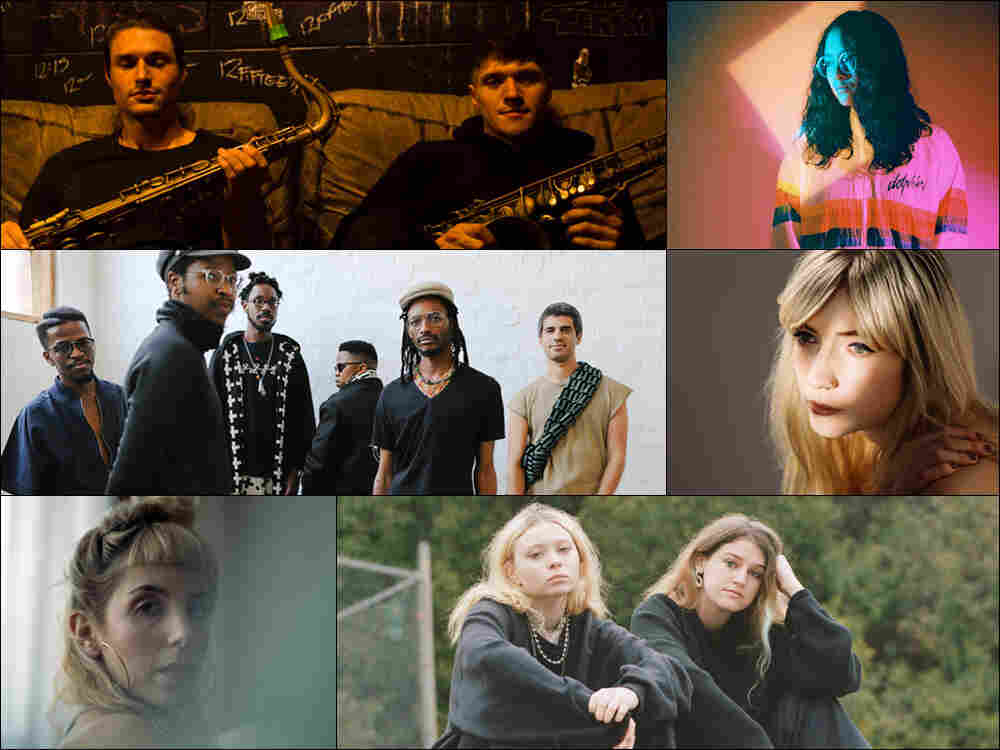 Putting together a weekly music show is as much a discovery process for me as I hope it is for you as the listener. I scour through an awful lot of music trying to find surprises and musical gems. And as much as I listen, some of my favorite musical moments come from the avid listeners on staff. This week, our music intern Emma Bowers came to me with a frenetic song from an artist I'd never heard that goes by the name Wednesday. That song by Wednesday, "Fate Is..." leads off this week's All Songs Considered. It's just one of several tunes that build to a fever pitch on this episode. Others include a newly released song from Jay Som that NPR's Marissa Lorusso plays called, "A Thousand Words." There's another from Ellis titled, "Fall Apart," and one from a band called Momma titled, "Double Dare."

I play a few tunes featuring some intense saxophone, including a new song from Moon Hooch (a trio featuring two saxophones) play a song called "Candlelight." Shabaka Hutchings is a sax player you may know from The Comet Is Coming. He has a more jazz-centered band with Afro-Cuban roots called Shabaka & The Ancestors. Their new record, coming March 13, is called We Are Sent Here By History and I play the song "Go My Heart, Go To Heaven."

And lastly, we have a new song from the singer Ada Lea, a beautifully produced tune titled, "woman, here."You may know only one or two of these artists, but I'm hoping you'll come away with some new favorites.

1. Wednesday: "Fate Is" from I Was Trying to Describe You to Someone

3. Moon Hooch: "Candlelight" from Life on Other Planets

7. Shabaka & The Ancestors: "Go My Heart, Go To Heaven" from We Are Sent Here by History