Nevada Dems Leader: It's Time To End The Caucuses, Shift To A Primary

Nevada Dems Leader: It's Time To End The Caucuses, Shift To A Primary 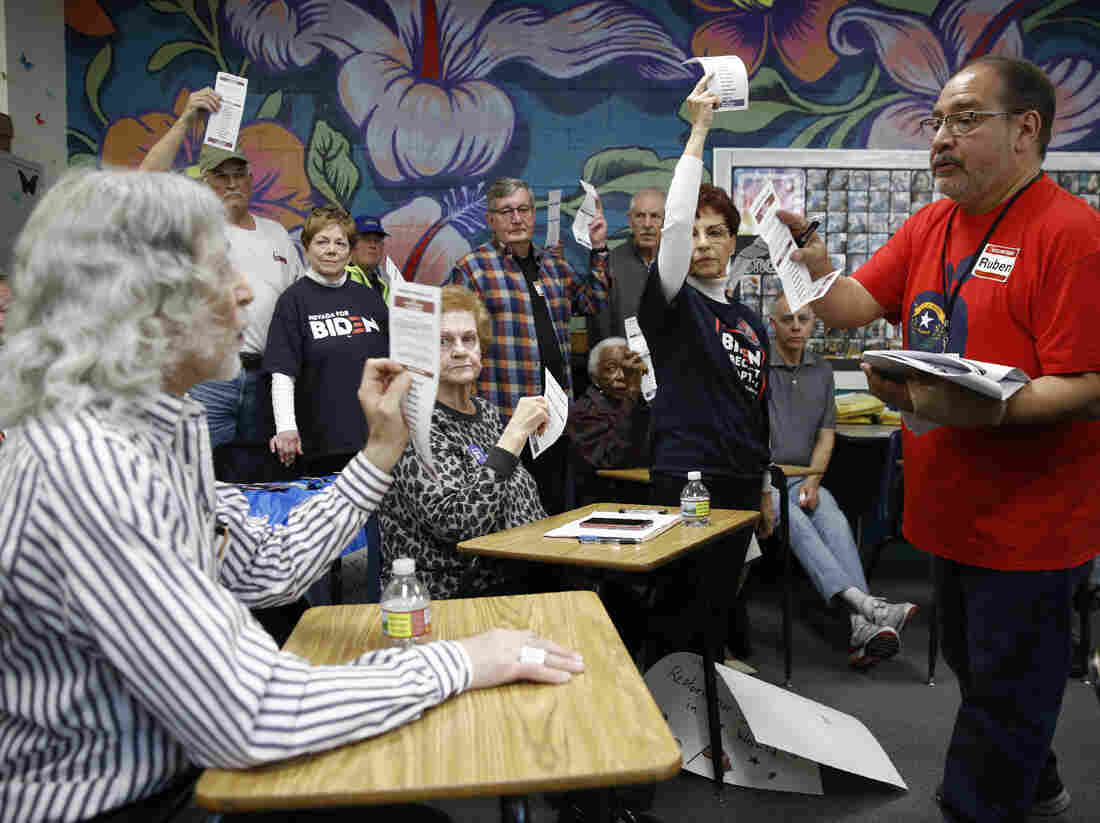 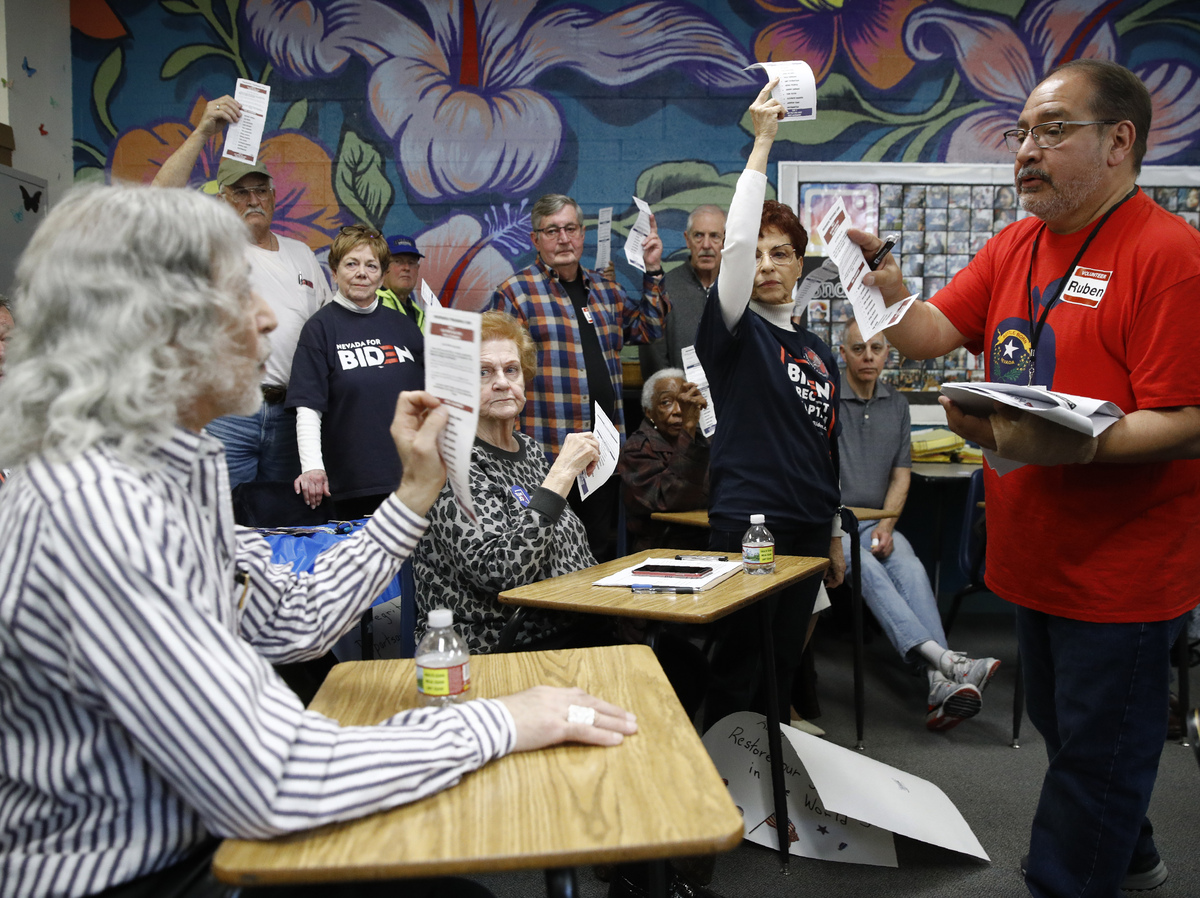 A precinct leader, right, counts votes at a caucus location at Coronado High School in Henderson, Nev., on Saturday.

The Nevada Democratic Party's top official said on Monday that the state's presidential caucuses this month should perhaps be the last. He says the state should begin the process of shifting to a statewide presidential primary.

"I believe we need to start having a serious conversation ahead of next cycle about the limitations of the caucus process and the rules around it," Nevada State Democratic Party Chair William McCurdy said in a statement.

"If our goal is to bring as many Nevada Democrats as possible into the fold to select our presidential nominee, it's time for our State Party and elected leaders to look at shifting to a primary process moving forward," he added.

McCurdy's support of ending the caucuses in Nevada comes the same week former Senate Majority Leader Harry Reid advocated for the end of caucuses in nominating candidates for president.

"I believe we should make the process of selecting our nominee even more accessible. We've made it easier for people to register to vote here in Nevada in recent years and now we should make it easier for people to vote in the presidential contests," Reid said in a statement on Sunday. "That's why I believe it's time for the Democratic Party to move to primaries everywhere."

The growing chorus against caucuses comes after the debacle in Iowa, the country's first presidential nominating contest. The Democratic Party did not report any results until the following day after glitches with a smartphone app designed to log results and the breakdown of a backup plan involving phoning in vote tallies created confusion and dysfunction. The caucuses' mess was followed by the resignation of the Iowa Democratic Party's chairman.

For Some Iowa Voters, Caucuses Remain A Barrier To Participation

The high-stakes meltdown was seized on by advocates of eliminating the caucuses. For years, critics have said the in-person complicated process where Iowans can spend hours at precincts deciding on their party's presidential nominee shuts many out of the process.

Advocates say the elderly, disabled and those who have work or childcare demands face increased obstacles in participating. Backers of ending caucuses also highlight historically low voter turnout. For instance, in 2016, just 15.7% of those eligible to vote in Iowa turned out to caucus. This year, only 9.1% of the voter-eligible participated.

In Nevada, where the caucuses went more smoothly than in Iowa, full results were not available until two days after voting.

Counting and reporting caucus results became a more time-consuming process since the Democratic National Committee changed its rules to require that three separate sets of results be counted from each precinct.

Those changes happened after Vermont Sen. Bernie Sanders lost to Hillary Clinton in Iowa in 2016 by a razor-thin margin, leading Sanders to claim that the complicated caucus process may have cost him a victory in the state.