Accessibility links
Maria Bamford : Bullseye with Jesse Thorn Comedian Maria Bamford is back! We are thrilled as always to welcome her for another conversation with Bullseye. The stand-up, writer and actor joins us to talk about her two newest projects: the hour-long comedy special, Weakness Is The Brand and talk show, What's Your Ailment?! where she talks with fellow comedians and entertainers like Tig Notaro, Baron Vaughn and Rachel Bloom about how mental health has affected their lives. Maria also chats with us about finding human connection in unexpected ways like meeting Twitter followers for coffee and comedy feedback, dealing with hecklers, the healing power of chicken wings, and how marriage has changed her. All that and more on the next Bullseye! 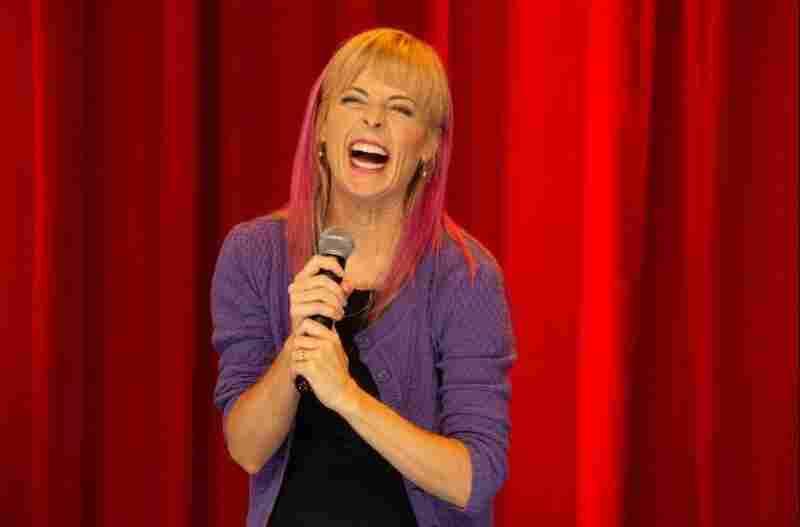 Maria Bamford is probably best known as "your favorite comedian's favorite comedian." Stephen Colbert has gushed that she is his "favorite comedian on planet Earth." Judd Appatow once called her the "funniest woman in the world." The New York Times magazine called her comedy "ingenious." Despite the literal worldwide acclaim, most of her career has been spent just shy of the spotlight. She's played guest roles on some of television's most beloved shows like Portlandia and Maron, and her impressive range of voices has led to a resume filled with voice work on animated shows like CatDog and Adventure Time.

Fortunately for all of us, the last few years have shone very brightly for her.

Her breakout role came when she was cast as DeBrie Bardeaux, the love interest of Tobais Funke on the fourth season of the hit Netflix comedy Arrested Development. That was quickly followed by roles on Fresh Off the Boat, Bob's Burgers, and Bojack Horseman, a starring role on her own Netflix series Lady Dynamite, and the stand-up special Old Baby.

She's currently the host of What's Your Ailment?! a new talk show on the visual storytelling platform Topic. On the show, Maria talks to fellow comedians, actors and entertainers about their experiences dealing with and seeking mental healthcare. In particular she highlights the struggle for access many of her guests encountered before they had the resources available to them now.

She also has a new stand-up special, Weakness Is the Brand which is available now on most streaming platforms.

Maria joins Bullseye to chat about finding human connection in unexpected ways, dealing with hecklers and how marriage has changed her. Plus, she'll talk to us about the healing power of chicken wings. All that and more on the next Bullseye!


Weakness is the Brand is available now on most streaming platforms.