Accessibility links
Roger Stone Case Puts Judge Amy Berman Jackson In Spotlight Jackson has been a player in Washington, D.C.'s legal world for three decades and now is center stage amid disputes over Roger Stone and the independence of the Justice Department. 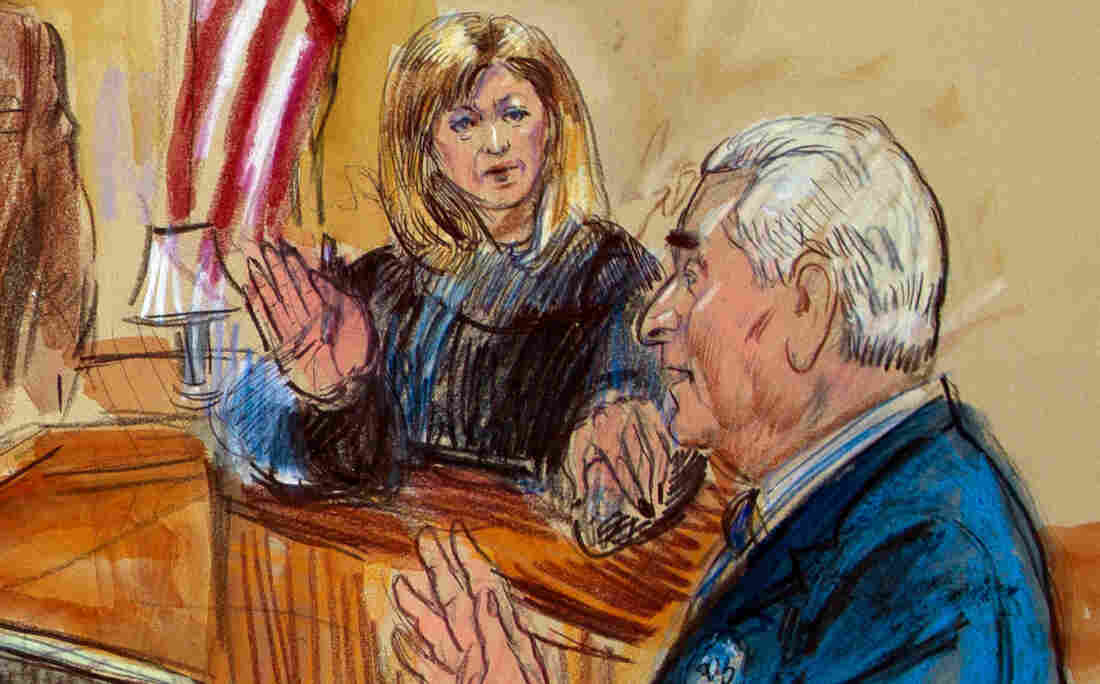 Judge Amy Berman Jackson, shown in a courtroom sketch, has been at the center of a series of high-profile Russia cases — most recently, one involving self-proclaimed "dirty trickster" Roger Stone. Dana Verkouteren/AP hide caption 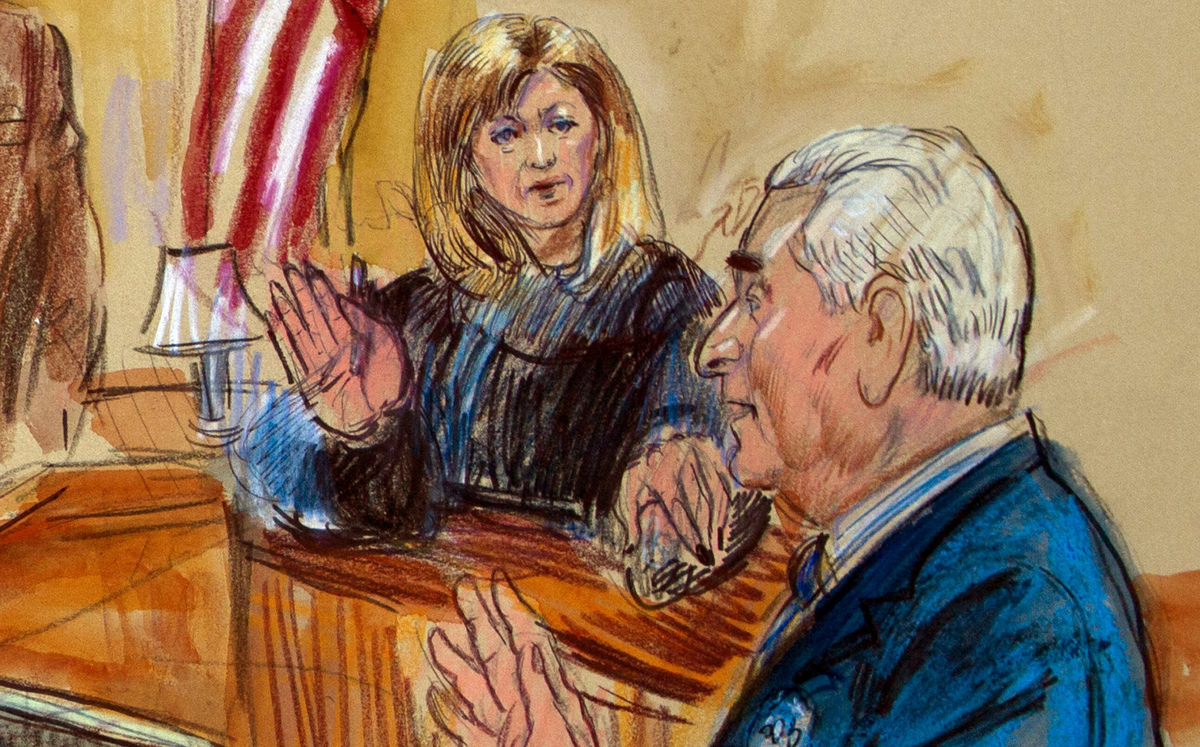 Judge Amy Berman Jackson, shown in a courtroom sketch, has been at the center of a series of high-profile Russia cases — most recently, one involving self-proclaimed "dirty trickster" Roger Stone.

But it is her current work presiding over several prosecutions stemming from the Russia investigation, including the case against President Trump's longtime friend and informal adviser, Roger Stone, that have put Jackson in the public spotlight on the national stage.

At Stone's sentencing last week, Jackson went point by point through her reasoning before handing down a prison term of three years and four months.

And she made clear why Stone's offenses, including lying to Congress, merit punishment.

"The truth still exists. The truth still matters," she said before a packed courtroom in remarks that lasted nearly an hour. "Roger Stone's insistence that it doesn't, his belligerence, his pride in his own lies are a threat to our most fundamental institutions, to the very foundation of our democracy."

Jackson's work in Stone's case did not end with his sentencing. Over the weekend, she rejected a defense motion to disqualify her from the case, calling it baseless. And on Tuesday, she'll be back in court to hear from both sides on Stone's pending motion for a new trial.

Jackson's handling of the various cases related to former special counsel Robert Mueller's investigation points to something that those who know her say has been a constant over the years: She is not going to be surprised in the courtroom.

"She will have thought, along with her team, of every potential legal and factual angle that could come up," said Karl Racine, the attorney general for the District of Columbia. "And she'll be crystal clear as to why she is doing what she's doing."

Racine worked under Jackson as a young associate at a big law firm in the early 1990s, including on a pro bono death penalty case. Jackson took the time as a partner to help him and other young attorneys fresh out of law school learn the ropes, he said.

"In a private firm, every second and every minute and every hour counts," Racine said. "Those were billable hours. Amy would devote hours of nonbillable time to teach young lawyers how to become better lawyers."

Jackson was rigorous and "very, very tough on analysis and writing," Racine added. But the "rigor that she imposed on young lawyers like me is why we developed and grew to the places and things we're doing now. I've got to say that she was unusual in that regard."

A Baltimore native, Jackson got her undergraduate and law degrees from Harvard University.

In 1980, she joined the U.S. attorney's office in Washington, D.C., where she prosecuted violent crime and narcotics cases. She spent a total of six years in the office, the last two of which she focused exclusively on murder, rape, and sexual assaults on children, according to her Senate questionnaire.

From there, she moved into private practice where she became a white-collar defense attorney at Venable, Baetjer, Howard and Civiletti.

Jackson left the firm in 1995 to focus on her two young children. During her hiatus, she did occasional legal analysis on TV, including CNN, about the O.J. Simpson trial, the Unabomber attacks and other matters.

She returned to legal work in 2000, joining the firm led by prominent Washington defense attorney Robert Trout. During this chapter, Jackson worked what would be her most high-profile case as a defense attorney—representing former Louisiana congressman William Jefferson in his corruption trial. 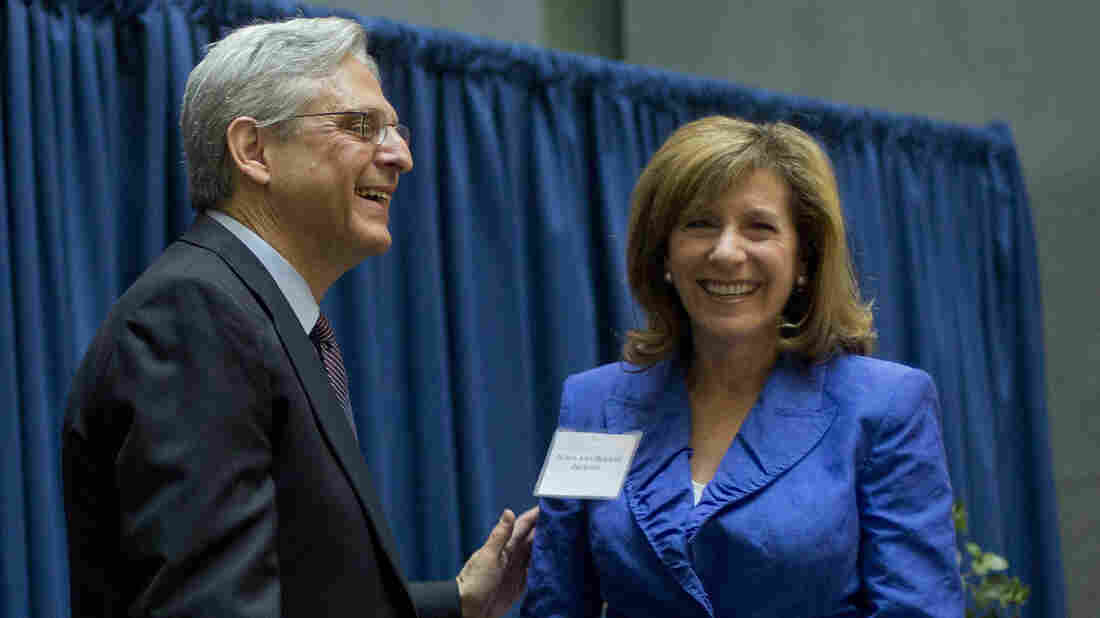 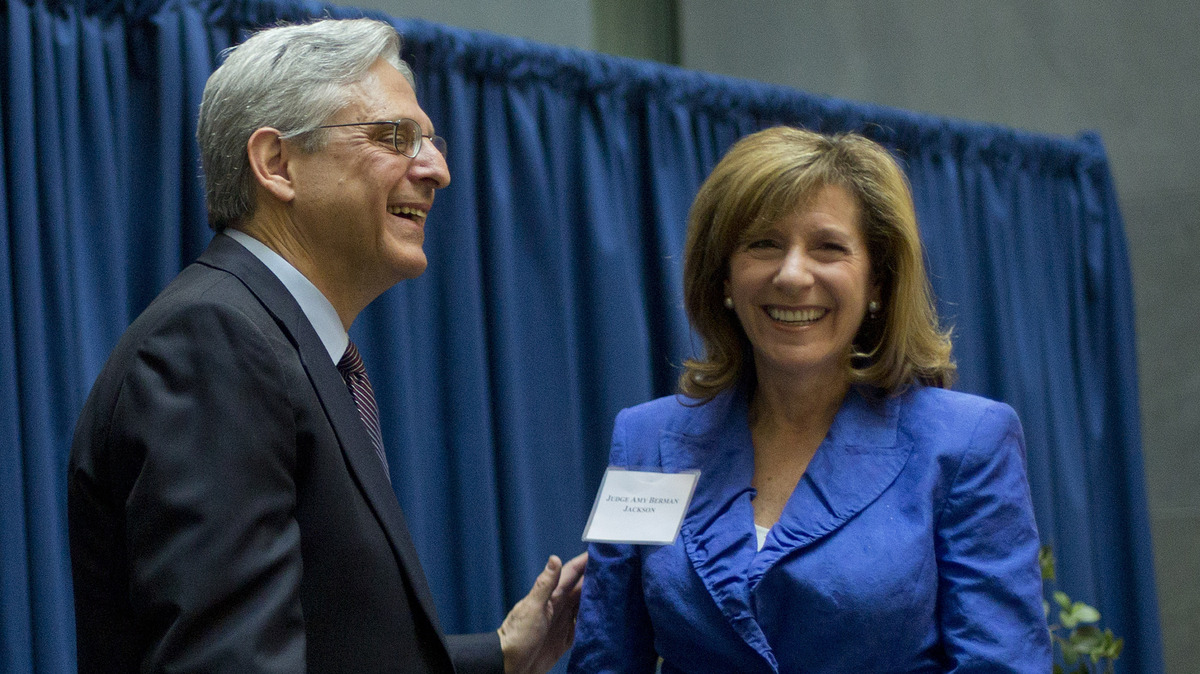 In 2010, then-President Barack Obama nominated Jackson to the federal bench. At her confirmation hearing, Jackson referred to a letter her father, who was a doctor, wrote to her on her last day of law school.

"He said to me that it was expected that I would use my law degree and the gifts he thought I had for something larger than just private concerns. He said, 'Of you, more is expected,' " Jackson said. "I have that letter here with me today. I know he is here with me today and I trust that he would say that this is what he had in mind."

Lawyers who have argued cases before Jackson since she joined the U.S. District Court for the District of Columbia in 2011 say she has been demanding, rigorous and fair.

"It was very clear to me from my experience that she's a very hardworking, conscientious judge and runs a well-managed courtroom," said John Jacobs, who argued a complicated anti-trust case before Jackson in late 2016 and early 2017 as a Justice Department attorney.

It was a bench trial, Jacobs remembered — one in which there was no jury and accordingly Jackson had to both, in effect, supervise and hear the case.

"She not only had to decide the questions of law but also be the fact-finder. So it was a very challenging assignment, and she definitely proved herself up to the task," said Jacobs, who is now a partner at Perkins Coie.

The case involved the proposed $48 billion merger of the health insurance companies Anthem and Cigna — which Jackson ultimately blocked.

For more than two years now, Jackson's challenging assignment has been presiding over various cases stemming from Mueller's investigation into Russian interference in the 2016 election.

She handled the cases in Washington against Trump's former campaign chairman, Paul Manafort, and his former deputy, Rick Gates, both of whom pleaded guilty before Jackson.

Then there is the case against Roger Stone, the colorful character and self-described "dirty trickster" who brought his love of a fight into the courtroom.

Last February, Jackson imposed a limited gag order on Stone. Months later, he posted on social media a photograph of Jackson that appeared to have the crosshairs of a gun next to her face.

At a court hearing about the post, Jackson — visibly annoyed — grilled Stone on the stand.

"Mr. Stone, what am I supposed to do with you?" she said. "Whether the problem is you can't follow simple orders or won't, I need to help you out."

She tightened her gag order and barred Stone from posting on social media. Stone ultimately was convicted in November of obstruction, witness tampering and lying to Congress.

Ahead of Stone's sentencing last week, Jackson found herself in what once was an unusual position for a federal judge — the target of a president's Twitter post. Trump complained that Stone, a longtime friend, was being treated horribly.

Then Attorney General William Barr overruled career prosecutors to recommend a lighter sentence for Stone. The four prosecutors who tried the case then withdrew from it — one even quit the Justice Department entirely.

The series of events — from presidential tweet to attorney general intervention— deepened questions about the Justice Department's political independence in the Trump administration.

At Stone's sentencing, Jackson did not sidestep the chaotic events that preceded the hearing. She pointed to what had transpired as a reason why she argued the country needs an independent judiciary.

"This case also exemplifies why it is that this system, for good reason, demands that the responsibility falls to someone neutral, someone whose job may involve issuing opinions in favor of and against the same administration in the same week, and not someone who has a longstanding friendship with the defendant," Jackson said.

"The court cannot be influenced by those comments. They were entirely inappropriate — but I will not hold them against the defendant either."