Accessibility links
Oregon's Sabrina Ionescu Sets NCAA Record Hours After Bryant Memorial The Oregon star spoke with deep respect for Gianna's game. "She had a fadeaway better than mine," she said. "If I represented the present of the women's game, Gigi was the future, and Kobe knew it." 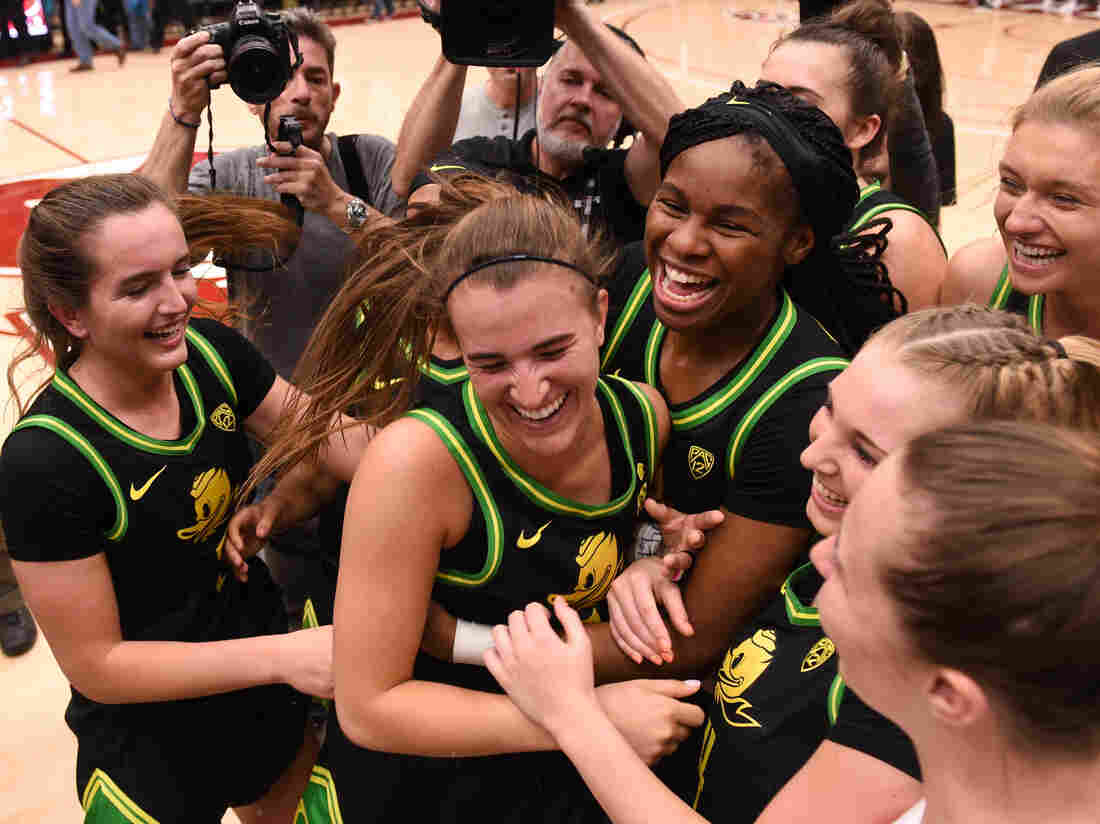 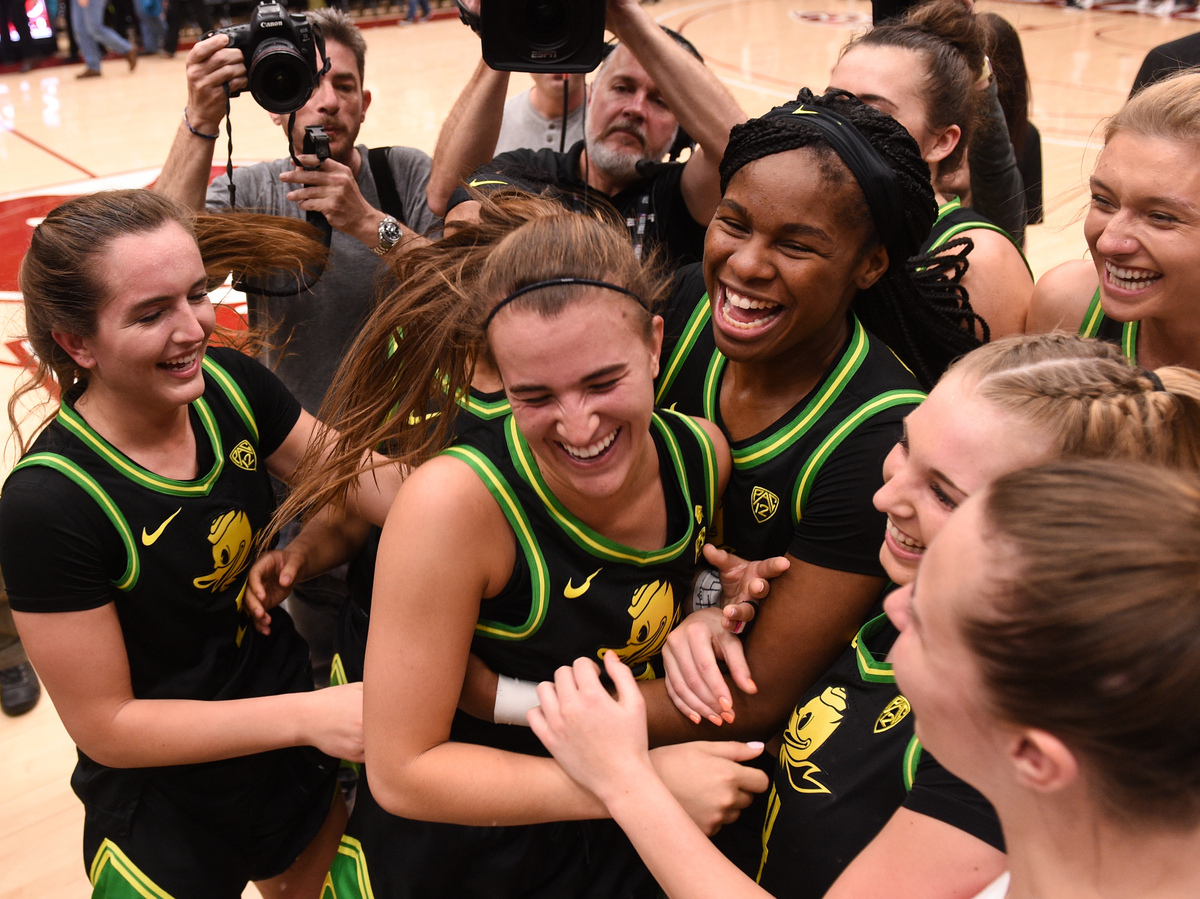 Deep in the third quarter against Stanford, Oregon guard Sabrina Ionescu picked up a defensive rebound.

It was a big one: With that play, Ionescu became the first NCAA basketball player, male or female, to reach the milestone of 2,000 points, 1,000 rebounds and 1,000 assists in a career.

And that moment took place on an emotionally difficult day: Just hours earlier, Ionescu spoke at the memorial service for Kobe Bryant and his daughter Gianna in front thousands of mourners at the Staples Center in Los Angeles and with countless more watching on television. The two were among nine people killed in a helicopter crash last month.

At the memorial, Ionescu told the story of a game about a year ago when Oregon was playing at University of Southern California. Shortly after the game started, in walked Bryant with Gianna and two of her teammates, and they sat down courtside. Ionescu's jaw dropped. "They watched the entire game," she said. "And that was the first time I met Kobe."

After the game, the visitors came into the locker room to meet with the team. Kobe congratulated them and offered a bit of advice: Don't shoot yourselves in the foot.

"He meant: Don't settle. To keep grinding. Control what you can," Ionescu recalled.

The Oregon star, who's expected to be the No. 1 pick in April's WNBA draft, spoke with deep respect for Gianna's game.

"She had a fadeaway better than mine," she said. "If I represented the present of the women's game, Gigi was the future, and Kobe knew it."

Bryant's vision for others was always bigger than people dreamed of for themselves, she said. And he didn't just show up at that game and then leave: He became a friend and a champion.

"I wanted to be part of the generation that changed basketball for Gigi and her teammates. Where being born female didn't mean being born behind. Where greatness wasn't divided by gender. 'You have too much to give to stay silent.' That's what he said," recalled Ionescu. "That's what he believed. That's what he lived — through Gigi, through me, through his investment in women's basketball. That was his next great act: a girl dad. Basketball in many ways was just a metaphor."

After the service, Ionescu flew to the Bay Area for the game. She had also been battling the flu, her coach said, and she vomited in the locker room before taking the court. The Ducks would go on to beat Stanford, 74-66.

"That one was for him," Ionescu told ESPN, talking about Kobe after the game. "To do it on 2/24/20 is huge. We had talked about it in the preseason. I can't really put that into words. He's looking down and really proud of me and just really happy for this moment with my team."

Gianna wore No. 2 on her jersey, and Bryant wore No. 24 during part of his 20-season career with the Los Angeles Lakers.

"Incredible. I thought she was so poised and so heartfelt today," Oregon coach Kelly Graves, whose wife, Mary, accompanied Ionescu, told The Associated Press. "I just thought she nailed it. It was amazing, and she wrote that, and that was from her. She's pretty special in more ways that just what you're seeing on the court."

The Curry's showed support after @OregonWBB's win (via @NBCSWarriors) pic.twitter.com/S5XeJ8B82P

"I can't imagine," he went on. "You know how emotional it was for everybody in that arena and watching on television. To be, at her age, with all that she has going on, obviously, her connection with Kobe and with Gigi and all the weight of that, and to have to give a speech in front of 19,000 people that are all mourning, it's unbelievable."