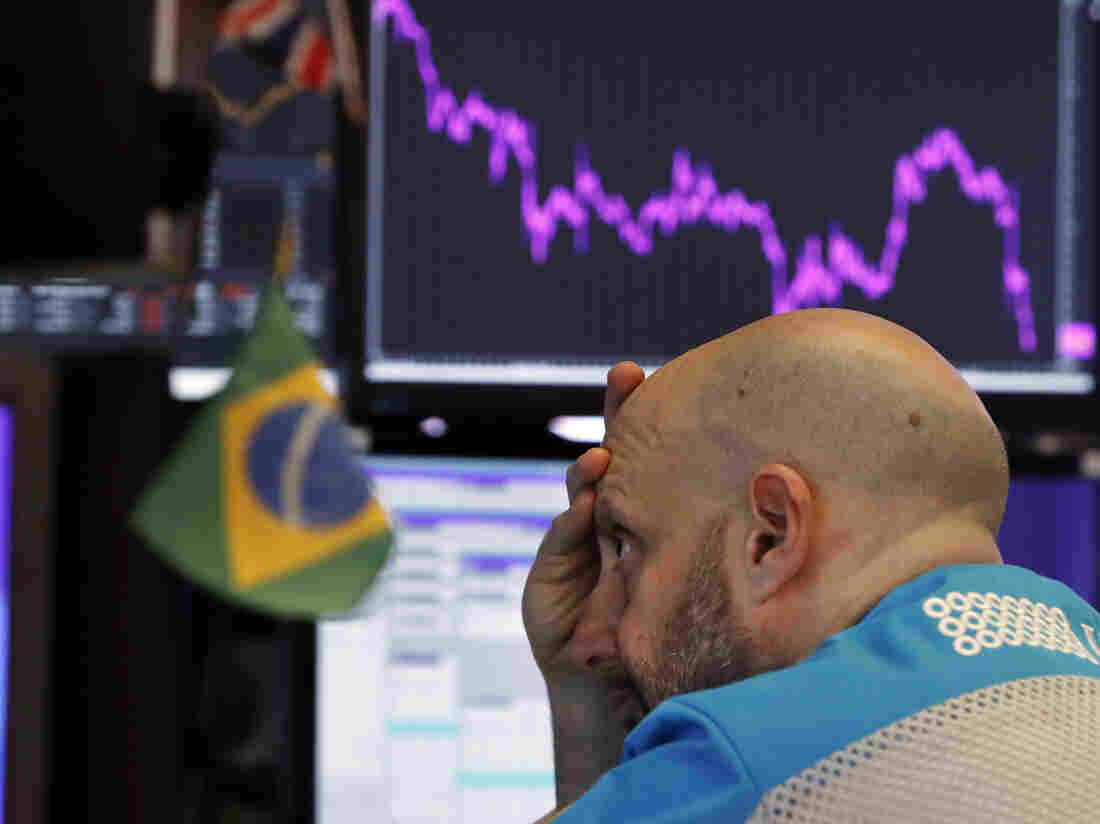 Specialist Meric Greenbaum works at his post on the floor of the New York Stock Exchange on Feb. 25, 2020. Richard Drew/AP hide caption 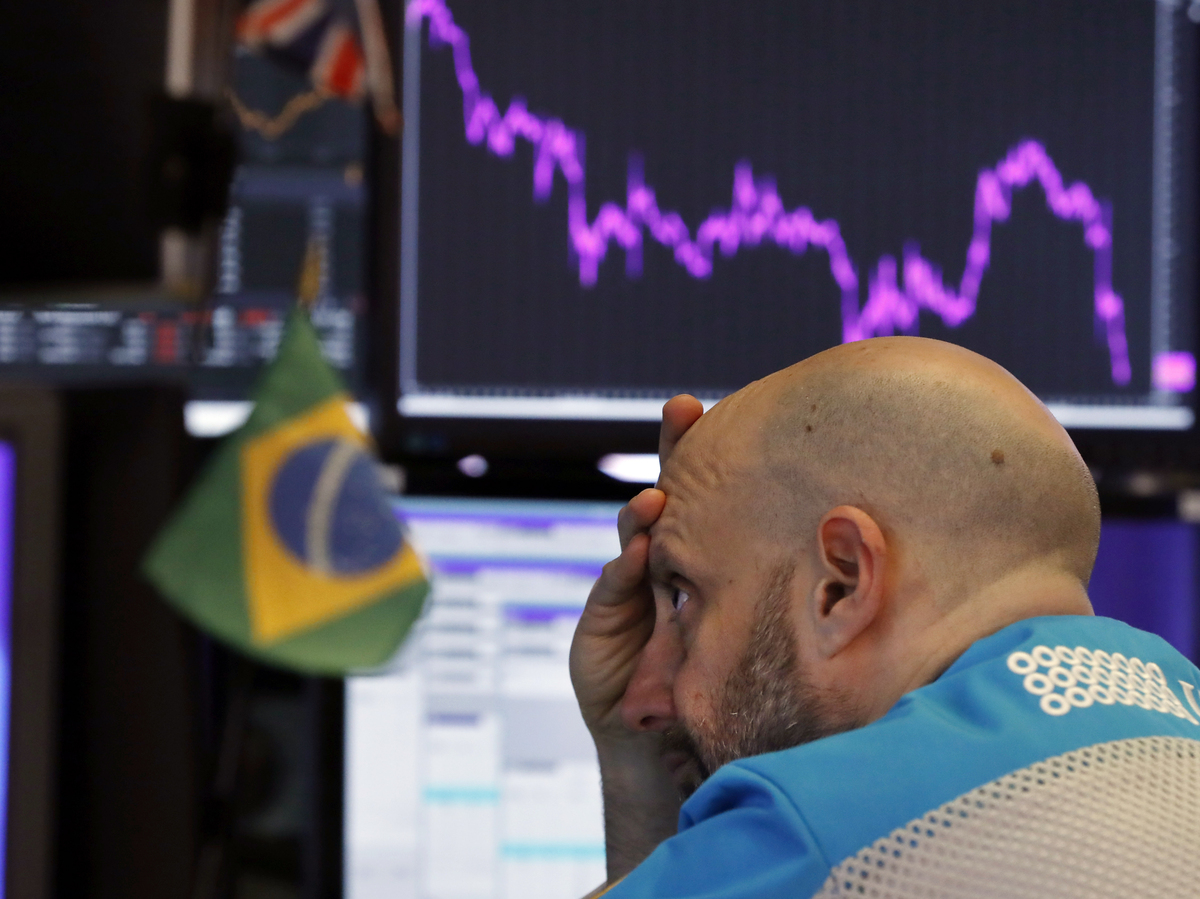 Specialist Meric Greenbaum works at his post on the floor of the New York Stock Exchange on Feb. 25, 2020.

Stocks fell sharply for a second day in a row. The Dow dropped 879 points on Tuesday, after tumbling more than 1,000 points on Monday.

While the coronavirus outbreak in China appears to have peaked, investors are worried by the growing number of cases in other countries, as well as a warning from U.S. health officials that the virus could hit closer to home.

Financial analyst Greg McBride of Bank Rate says mini outbreaks of coronavirus in Italy, Iran, and South Korea have left investors wondering where the virus will strike next.

"Markets hate uncertainty," McBride said. "And right now there is a ton of uncertainty about the coronavirus and what impact does this have on economic growth, both globally as well as here in the U.S."

The Centers for Disease Control and Prevention seemed to amplify those worries Tuesday when officials warned that Americans should prepare for a possible spread of the coronavirus in the U.S.

As investors dumped stocks, some sought the shelter of government bonds. McBride says that pushed the yield on the benchmark 10-year Treasury note to an all-time low: barely above 1.3%.

"Those low interest rates are a reflection of the fear that a lot of investors have globally about slower economic growth," McBride said.

President Trump often points to a booming stock market as a barometer of his own performance. With the market tanking for the second day in a row, White House economic adviser Larry Kudlow tried to do some damage control. Kudlow told CNBC that while the coronavirus has exacted a heavy human toll, especially in China, there's little evidence so far that it's hurting the US economy.

"The head of the World Health Organization said today, let us not overreact," Kudlow said. "On the economy ... there is no tragedy in the United States."

Federal Reserve Vice Chairman Richard Clarida told a gathering of economists this afternoon the central bank is monitoring the epidemic closely. He said it's too soon to speculate about the effects on the global economy.

There is some upside to the this week's market turbulence. McBride says the record low yield on government bonds will likely push mortgage rates even lower, giving a lift to the U.S. housing market.

"If you're a homebuyer, if you can find a house to buy, from a mortgage standpoint you've got a little bit more buying power at your back," he said.

McBride says long-term investors might also find some bargains in the beaten-down stock market. But, he cautions, the wild market swings are likely to be with us for a while.