Accessibility links
You Can Sell Your Home Without A Realtor Through Instant Buyer Companies Companies such as Opendoor, RedfinNow and Zillow will pay cash for your house and buy it quickly. New numbers show these types of sales are growing very quickly, but is it a good idea? 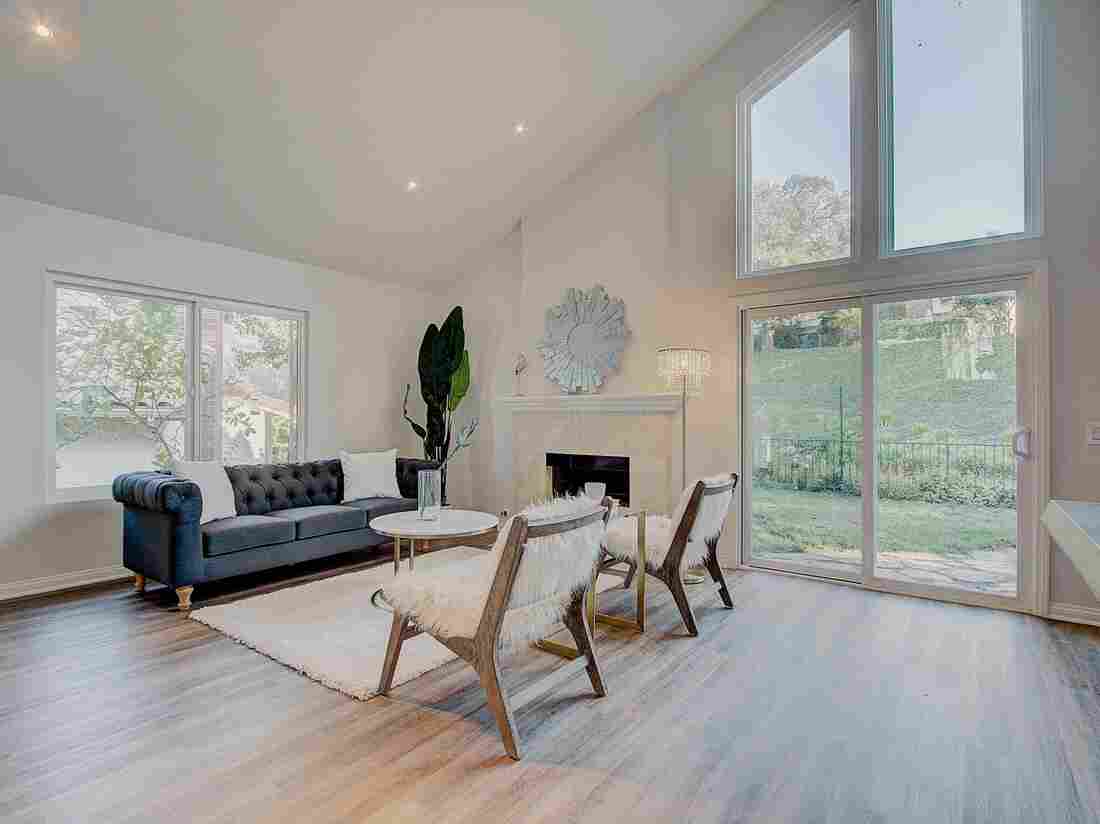 Janet Jenkins used RedfinNow, an iBuyer service, to quickly sell her home near Los Angeles. The company repainted it, spruced it up and put it back on the market for sale. Courtesy of Redfin hide caption 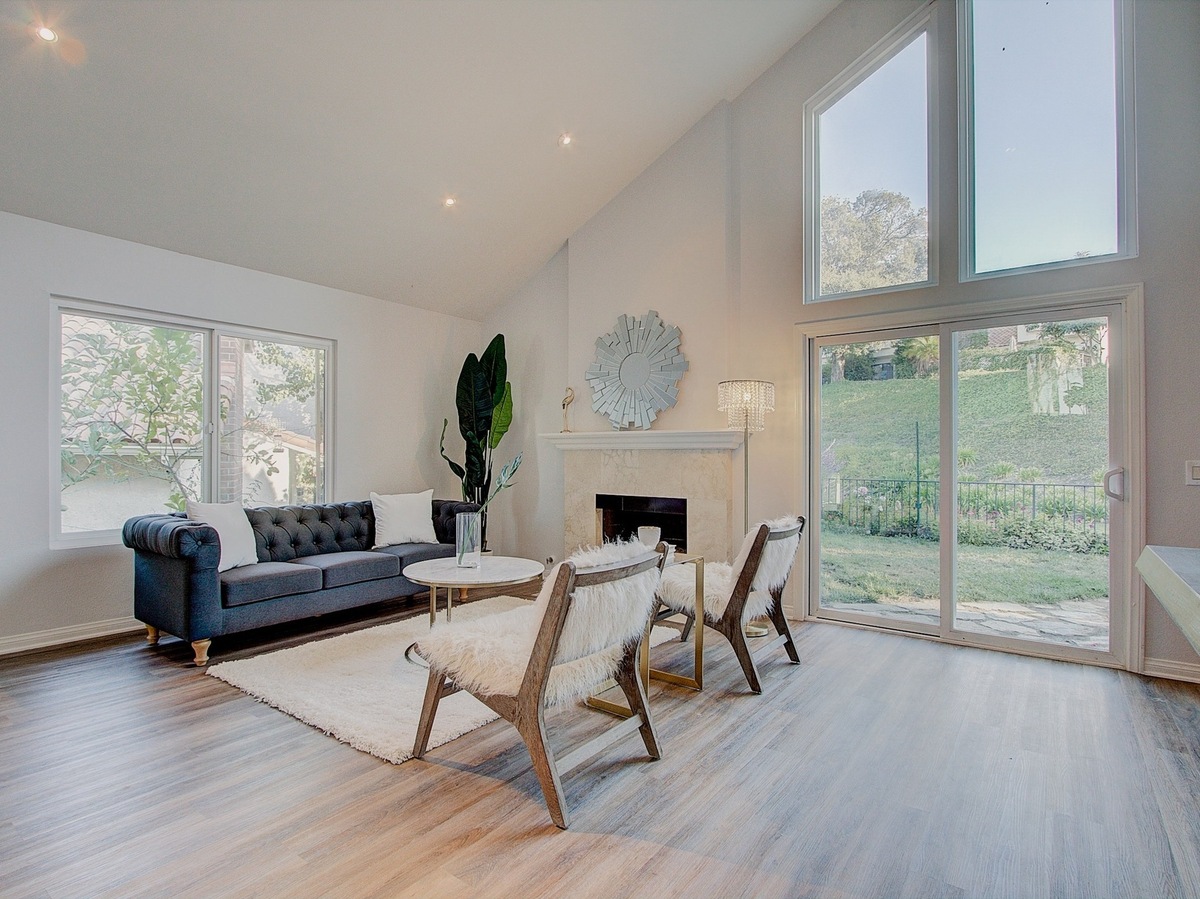 Janet Jenkins used RedfinNow, an iBuyer service, to quickly sell her home near Los Angeles. The company repainted it, spruced it up and put it back on the market for sale.

If you're looking to sell your home and avoid people tromping through your living room at open houses, there's a new option that's becoming popular in many parts of the country. Companies called iBuyers, or instant buyers, use computer algorithms to make you an offer, often within a day.

These types of sales are growing very quickly, according to new data out Wednesday. The way it works is that companies such as Redfin, Zillow, Opendoor and Offerpad will make you an almost instant offer over the Internet. They then send an inspector to take a closer look. Their sales pitch is they'll move very quickly and buy a house with very little hassle.

"In Raleigh, more than 7% of sales in 2019 were iBuyer sales so it's becoming quite prevalent there," says Daryl Fairweather, the chief economist for Redfin, which is releasing a report on the iBuying industry.

In Phoenix, Charlotte and Atlanta, iBuyers account for more than 5% of sales, according to Fairweather. She says in many of these same places iBuyer sales have doubled from the year before.

Redfin's iBuyer service, RedfinNow, is also purchasing homes in Southern California. That's where Janet Jenkins was living until recently, when she and her husband separated. She moved across the country to North Carolina. And they decided to sell their home outside Los Angeles. 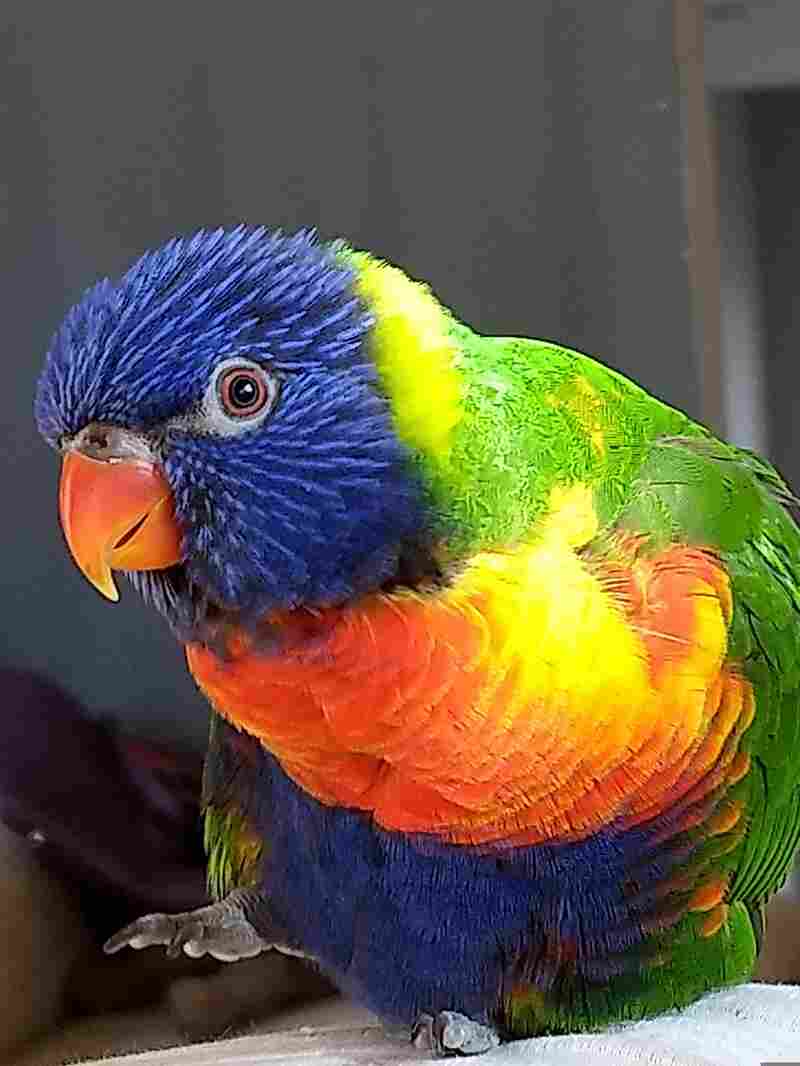 Janet Jenkins' rainbow lorikeet parrot named Malibu shows off his leg-lifting trick. Having parrot and dog cages in the house, not to mention the animals themselves, was one reason Jenkins decided open houses would be a hassle and selling to an iBuyer was a better option. Janet Jenkins hide caption 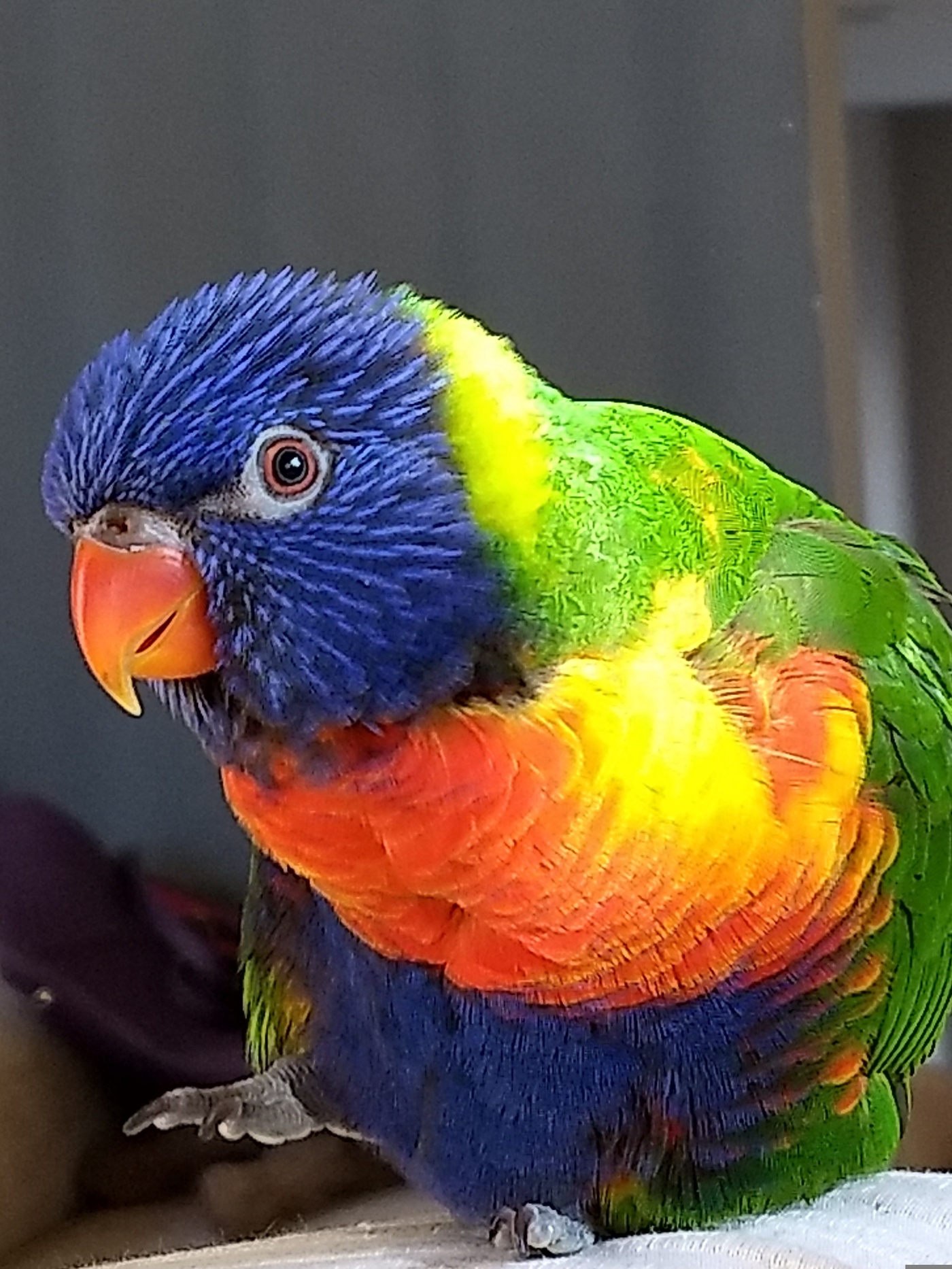 Janet Jenkins' rainbow lorikeet parrot named Malibu shows off his leg-lifting trick. Having parrot and dog cages in the house, not to mention the animals themselves, was one reason Jenkins decided open houses would be a hassle and selling to an iBuyer was a better option.

She wanted to get it done quickly. And listing through a broker and hosting open houses wasn't a great option for Jenkins. She has a lot of pets — parrots, peacocks and dogs. And her husband was still living in the house with some of them.

One of her parrots, Wrangler, happily squawked away during her interview with NPR. She knew that real estate agents would want the animals and her estranged husband out of the house. "The parrot is not my husband's favorite pet," admits Jenkins. "And having to catch the bird and put it in a cage and take it someplace is a whole 'nother ask,' " she says with a laugh.

The house also needed some repainting and new carpeting. She didn't want to deal with that.

"And so I started looking up homebuying services and ran into Redfin," she says.

How To Buy A House

8 Tips That Will Help You Save Money On A Mortgage

Renters Only: These New Homes Aren't For Sale

The economist Fairweather says RedfinNow can get you the money for your home in as little as a week. She says a lot of people buying a new home and moving also appreciate that the iBuyers can be flexible and let them sell their house exactly when they want to. "So they can time it perfectly with their move," she says.

After buying houses, the iBuyers fix them up a bit and then try to quickly sell them again for a profit.

In Jenkins' case, she went online and answered some questions about her house. Redfin's computers ran their algorithms and the company made her an offer for about $500,000. Jenkins says she thought that was a little low. So did two of her close friends who are Realtors in the area.

"So I pushed back," Jenkins says. It was a friendly negotiation. She made a case that her property had several advantages to others that had sold recently in her complex. A bigger backyard for one thing. Redfin then made her a better offer — and they had a deal.

It's hard to know for sure, but Jenkins thinks she could have made a little bit more — maybe $10,000 — if she took the time to spruce the house up herself, repainted and made repairs, and sold it the traditional way. But she'd already moved across the country.

1st-Time Homebuyers Are Getting Squeezed Out By Investors

"You do leave money on the table," Jenkins says. "And while we did, we didn't leave that much."

Redfin does get a fee like a regular Realtor commission, but it didn't say what the average profit is on the houses it buys and then resells.

So, is this a smart way to sell your house? We put that question to William Wheaton, a housing economist and professor at MIT. He says the iBuyer approach works in places where houses are similar. For example, the places where a lot of these iBuyer sales are growing quickly like Phoenix, Las Vegas and Atlanta. These markets have sprawling subdivisions with many houses that are almost identical.

"There's not a lot of difficulty in pricing those houses," Wheaton says. "The ones with the swimming pool are worth a little more than the ones without. But you can do statistical modeling of that and just nail it, be 99% correct in predicting the price."

And he says that means iBuyers can offer you just a little less than what the house is worth and still be confident they can sell it for a little profit.

But it's a different story in areas where houses are not similar. Many older cities have some houses that are newer, some older, some renovated, some not, different styles, all mixed up in close proximity. Prices can be all over the place, and so in those areas, Wheaton says, "the iBuyers have to be really, really careful."

He says being careful means they'd likely offer you a very lowball price because they aren't really sure what your house is worth and they don't want to lose money.

That's why the iBuying companies so far are focusing on places with a lot of similar housing. In places like that, Wheaton thinks iBuyers could keep growing dramatically and really change the way homes are sold in large parts of the country.