Accessibility links
Federal Civil Rights Report: Women Inmates Often Punished More Harshly Than Men Prisons often give disproportionately harsher punishments for minor offenses to women than to men, according to a new federal report that backs up the findings of an earlier NPR investigation. 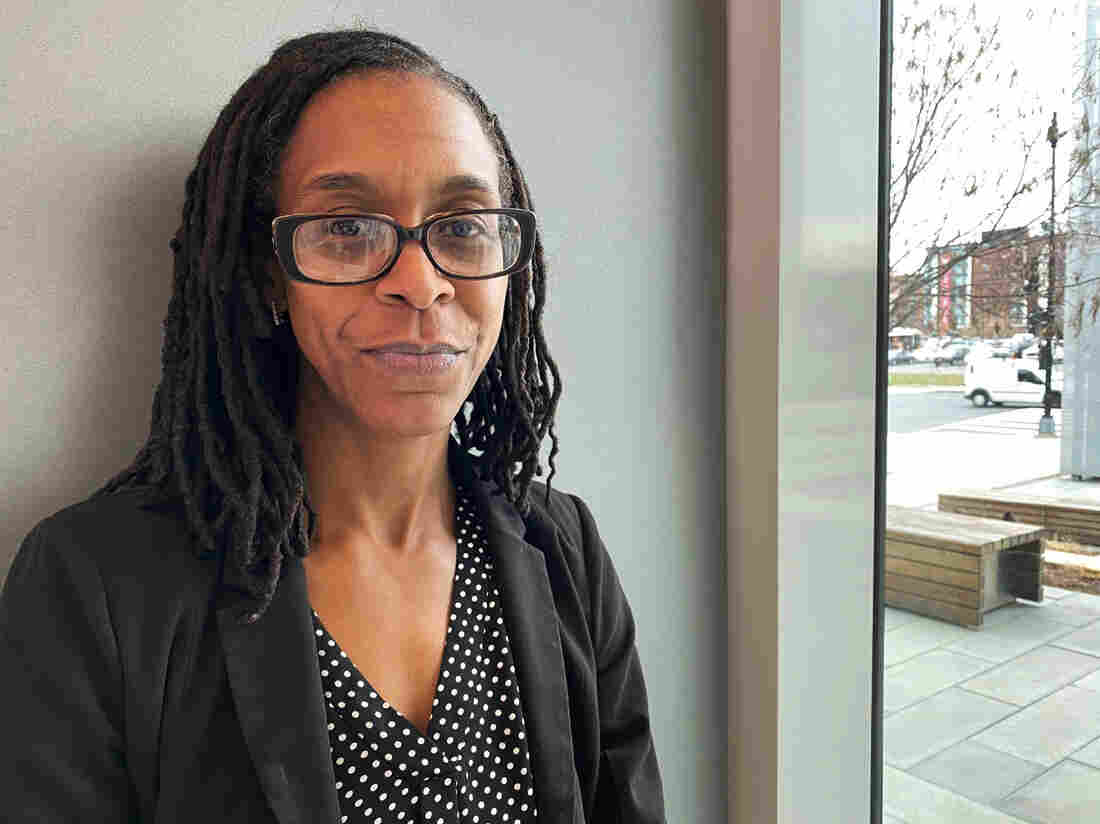 Lashonia Thompson-El, who spent 18 years in prison, says she once was placed in solitary confinement for three months after making an unauthorized phone call to her 10-year-old daughter. Joseph Shapiro/NPR hide caption 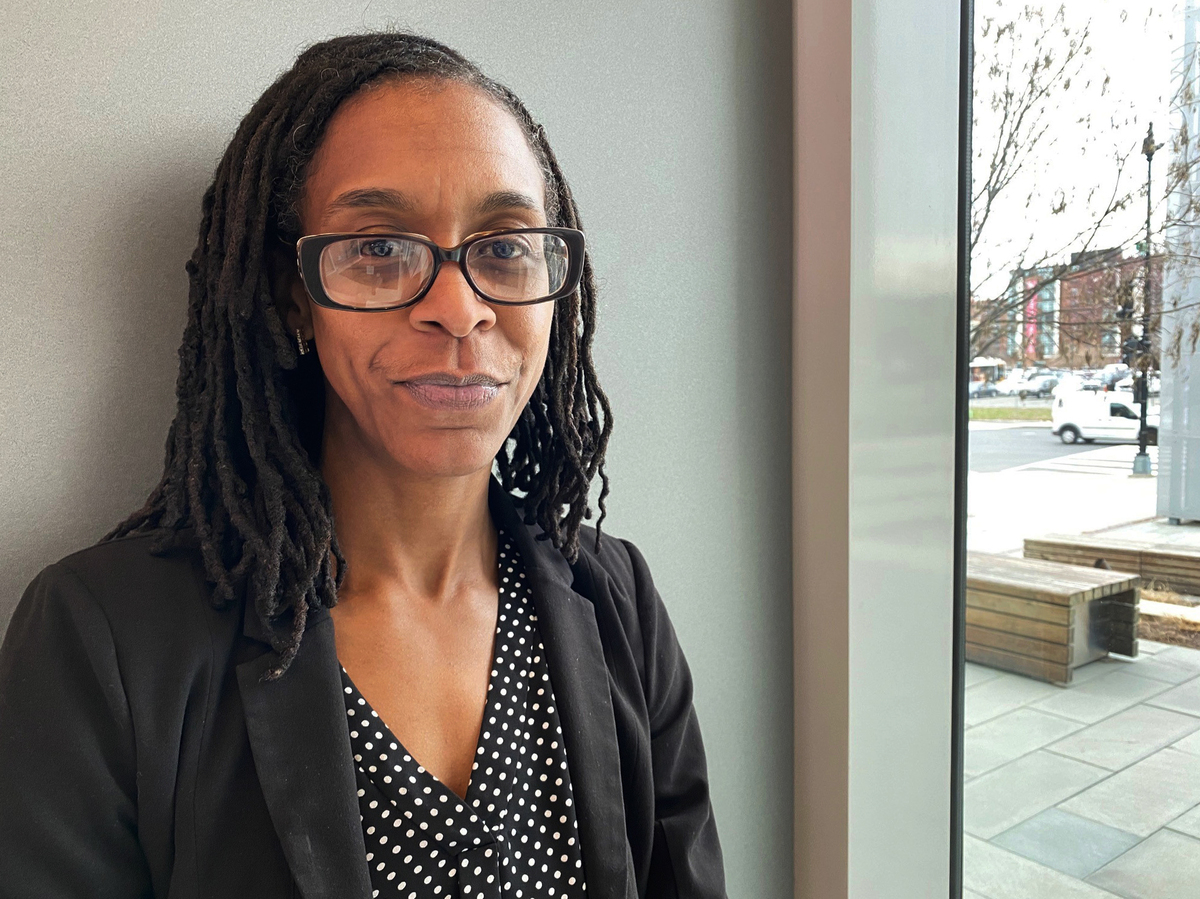 Lashonia Thompson-El, who spent 18 years in prison, says she once was placed in solitary confinement for three months after making an unauthorized phone call to her 10-year-old daughter.

Women in prison, when compared with incarcerated men, often receive disproportionately harsh punishments for minor violations of prison rules, according to a report released Wednesday by a federal fact-finding agency.

The report from the United States Commission on Civil Rights comes after public hearings in 2019 and a yearlong investigation. The commission's findings reflect and cite stories by NPR that looked at why prison discipline policies often punish women more harshly than men.

"What we saw was that women themselves are substantially more likely [than men] to be subject to disciplinary practices for minor infractions," says Catherine Lhamon, the commission's chair. Those minor offenses include "being what's called insolent, or disobeying an order, or swearing."

In 2018, NPR and the Medill School of Journalism at Northwestern University collected data from prisons across the U.S. and found that women were disciplined two to three times more often than men for more minor violations of prison rules. Women were more likely to get punished for nonviolent and often subjective violations, like disobeying or talking back to a corrections officer.

Discipline And Women In Prison

Discipline And Women In Prison

The NPR stories found that punishment for these minor violations carried often significant consequences. Women lost "good conduct credits," and days were added to the time they spent in prison. They lost privileges such as being able to buy food or women's hygiene products from the prison commissary. They lost phone and visitation privileges. Sometimes, they were sent to solitary confinement.

"If people — women — are serving time in harder ways than they would if they were men for like behaviors, that is classic discrimination," Lhamon adds. "And also, it is counterproductive for the goal of making sure that women who will reenter society, as most [incarcerated people] do, will be able to be successful when they do."

The commission's report, "Women in Prison: Seeking Justice Behind Bars," looks at a range of issues for women in prison, including the discrepancies in discipline.

Lashonia Thompson-El, who testified before the commission last February, says prison discipline policies were created to keep safety in men's prisons but don't work when applied to women's prisons, where there is less violence.

"Some of the things that women get punished for that men don't involve stealing from the kitchen, whether it be fruits or vegetables or even a leftover piece of cornbread," she says. "Or for disrespecting an officer. They call it insolence."

Thompson-El spent 18 years in prison. She once got placed in solitary confinement — for three months, she says — after she made an unauthorized phone call to her 10-year-old daughter. Then she lost phone privileges home.

"So when you're in prison, it's difficult to try to transform your life and rehabilitate yourself and be strong and be positive when you can't speak to your kids," she says. "Because they're like the most important thing in the world to you."

After prison, Thompson-El came home to Washington, D.C., and started The WIRE, or Women Involved in Reentry Efforts, to help other women.

"I know a lot of men who have been incarcerated," says Thompson-El. "My husband's been incarcerated, my brother, my godbrother, a lot of my peers. And I talk to them about this stuff all the time, and they're always surprised and amazed when I tell them about some of the things women were disciplined for. And I'm always struck by the level of violence and the level of harm they have experienced in the facilities."

In women's prisons, black women get some of the harshest punishments, according to the new report. The commission calculated that black women make up 23% of women in prison, but they make up 40% of women in solitary confinement.

The report looked at states that cut back on the use of solitary confinement, replaced it with less punitive alternatives and got good results.

Approximately 231,000 women and girls are incarcerated in the U.S., according to the Prison Policy Initiative, with around 99,000 in state prisons, 16,000 in federal prisons and 101,000 in local jails. Eighty percent of women in jails are mothers, and most of them are the primary caretakers of children, according to the Prison Policy Initiative. Sixty percent of women in jail have not been convicted and are awaiting trial, usually because they are unable to pay bail.

Women are just a small percentage — about 10% — of people in jails and prisons, but their numbers are rising far faster than those for men. The commission calculates that over the last 40 years, the number of women in state and federal prisons has increased by more than 730%.