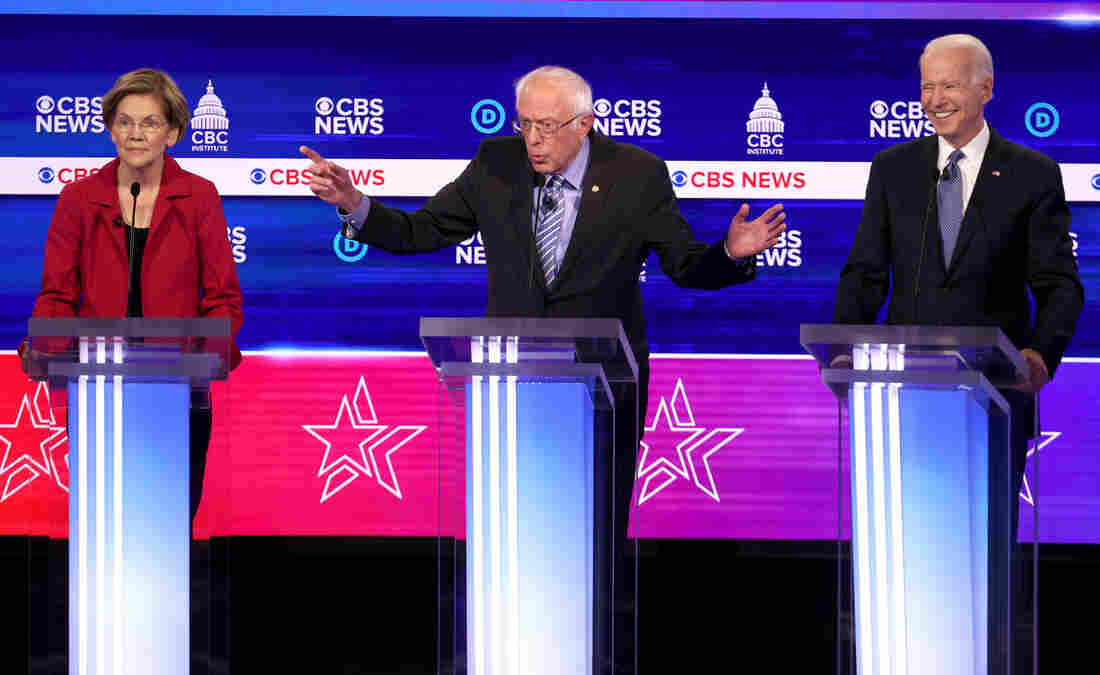 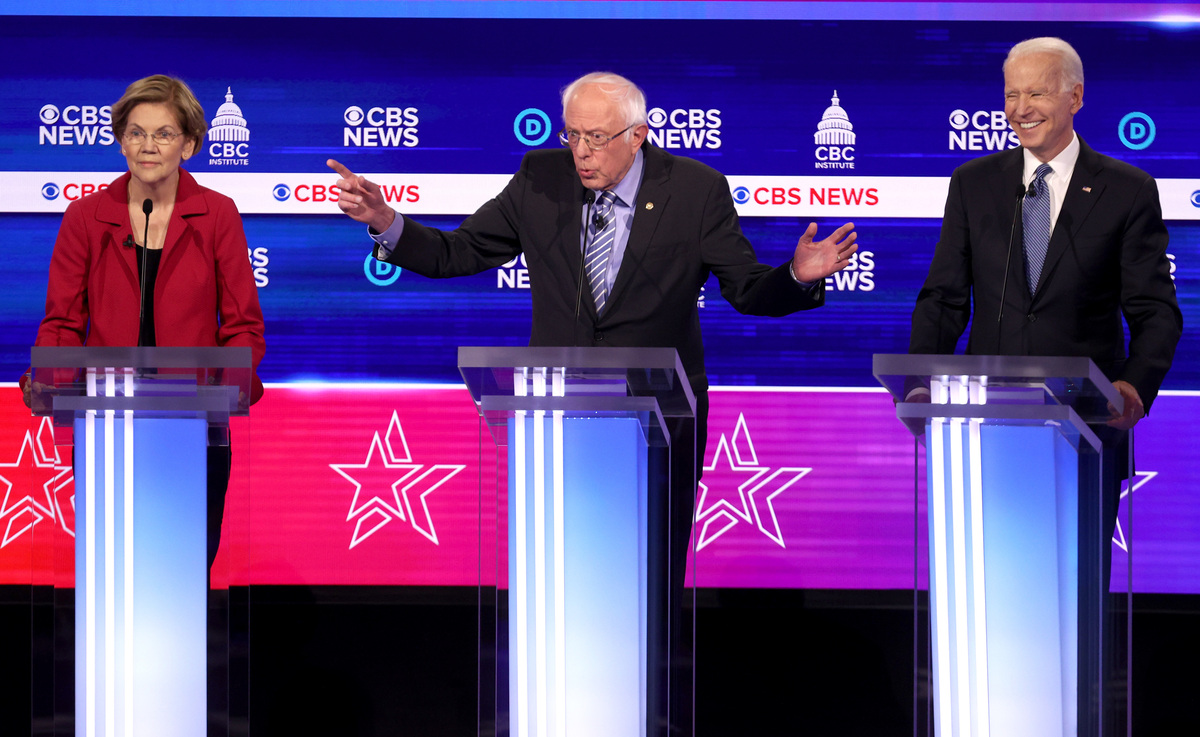 The Democrats debated for the 10th time Tuesday night and it was a bit of a mess. There was shouting. There was overtalk. There were lots of attacks.

So what to make of that muddle? Here are four takeaways that emerged as the dust settled.

1. Joe Biden was focused on the win in South Carolina

South Carolina is a must-win for the former vice president after disappointing finishes in Iowa, New Hampshire and Nevada. He came into the debate with a game plan and executed it the best he could.

Biden recognized that his two biggest threats to victory in South Carolina are Bernie Sanders and businessman Tom Steyer — and he went right after them. He landed a punch on Steyer on his ownership of a private prison in South Carolina, and Sanders was so muddied, not just by Biden but the rest of the candidates, that it helped Biden.

2. Sanders is the man to beat, and he took the heat 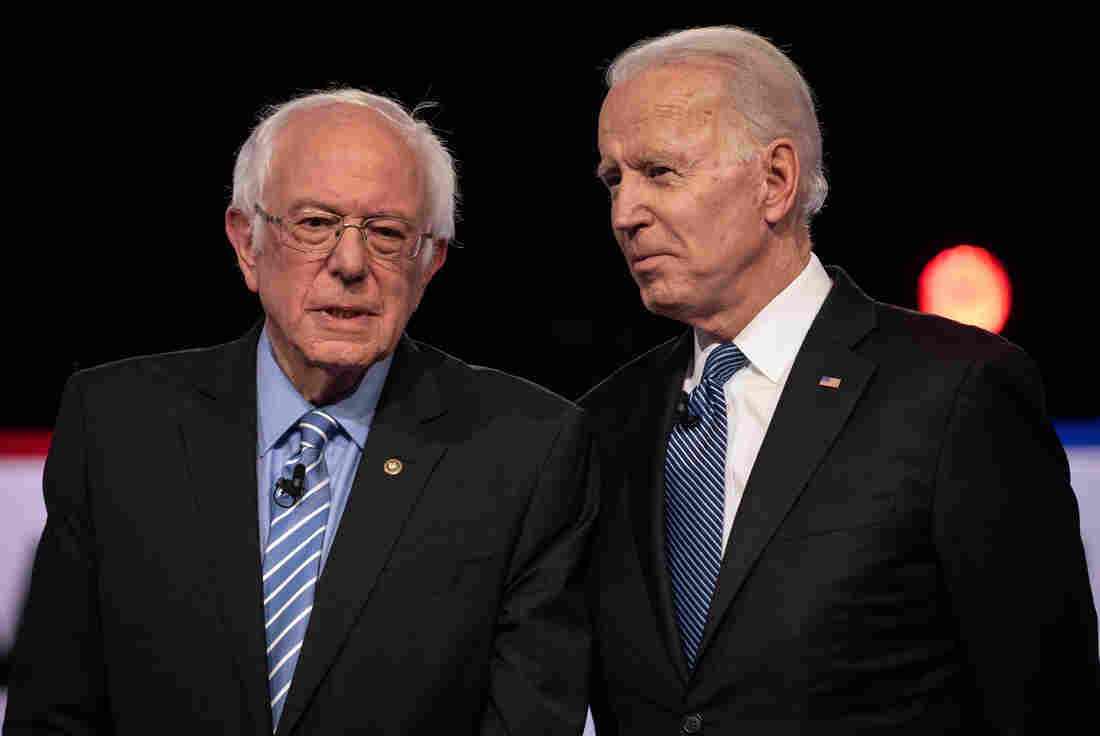 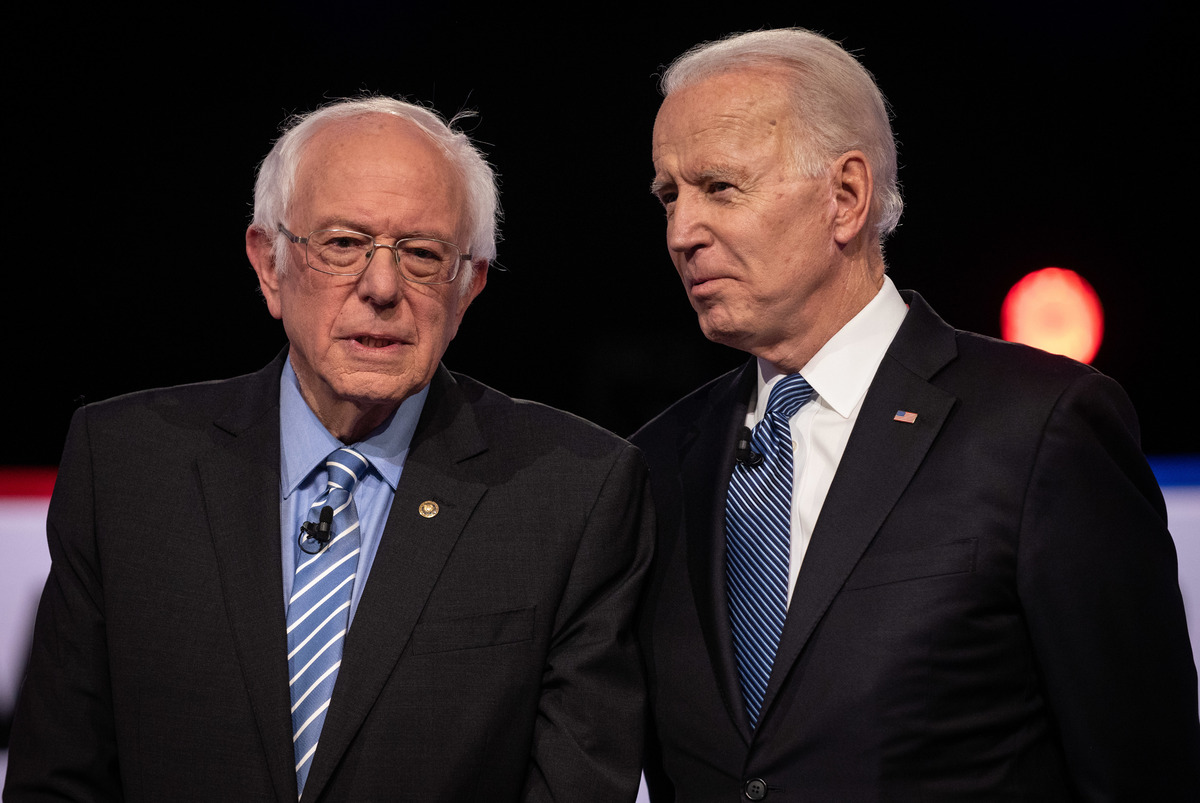 Sanders is the front-runner, and the candidates tried to take him down a few pegs. Even Massachusetts Sen. Elizabeth Warren, who has been mostly hands-off with Sanders, went after him. She argued she'd be more effective at governing.

Sanders was on the defensive all night, as opponents went after his record on electability, guns, alleged sympathy for socialist regimes and what he calls his "honest" view of America's role in the world.

"Occasionally it might be a good idea to be honest about American foreign policy," Sanders said. "And that includes the fact that America has overthrown governments all over the world, in Chile, in Guatemala, in Iran. And when dictatorships, whether it is the Chinese or the Cubans, do something good, you acknowledge that. But you don't have to trade love letters with them."

Republicans are led by a president who thrives on culture wars and proudly calls himself a nationalist. President Trump is salivating over the prospect of Sanders as the Democratic nominee. Foreign policy hasn't been a focus of the Democratic nominating contest, but it will factor in much more heavily in a general election when picking a commander in chief comes into sharper relief for voters. 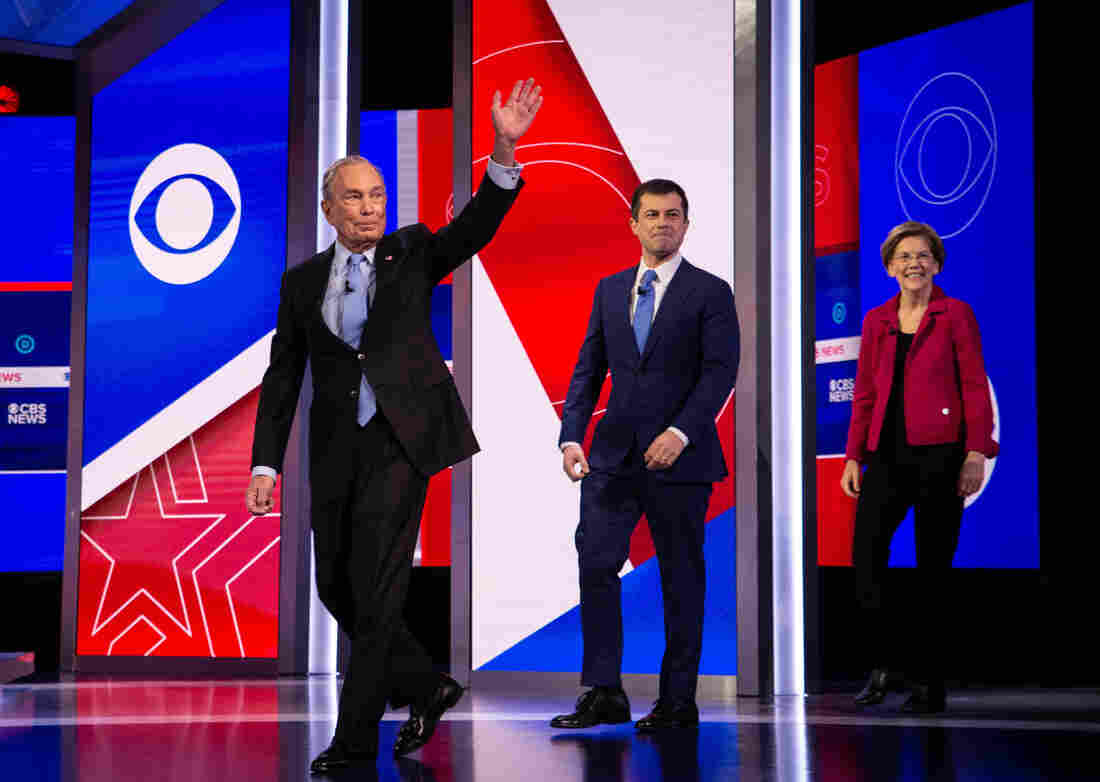 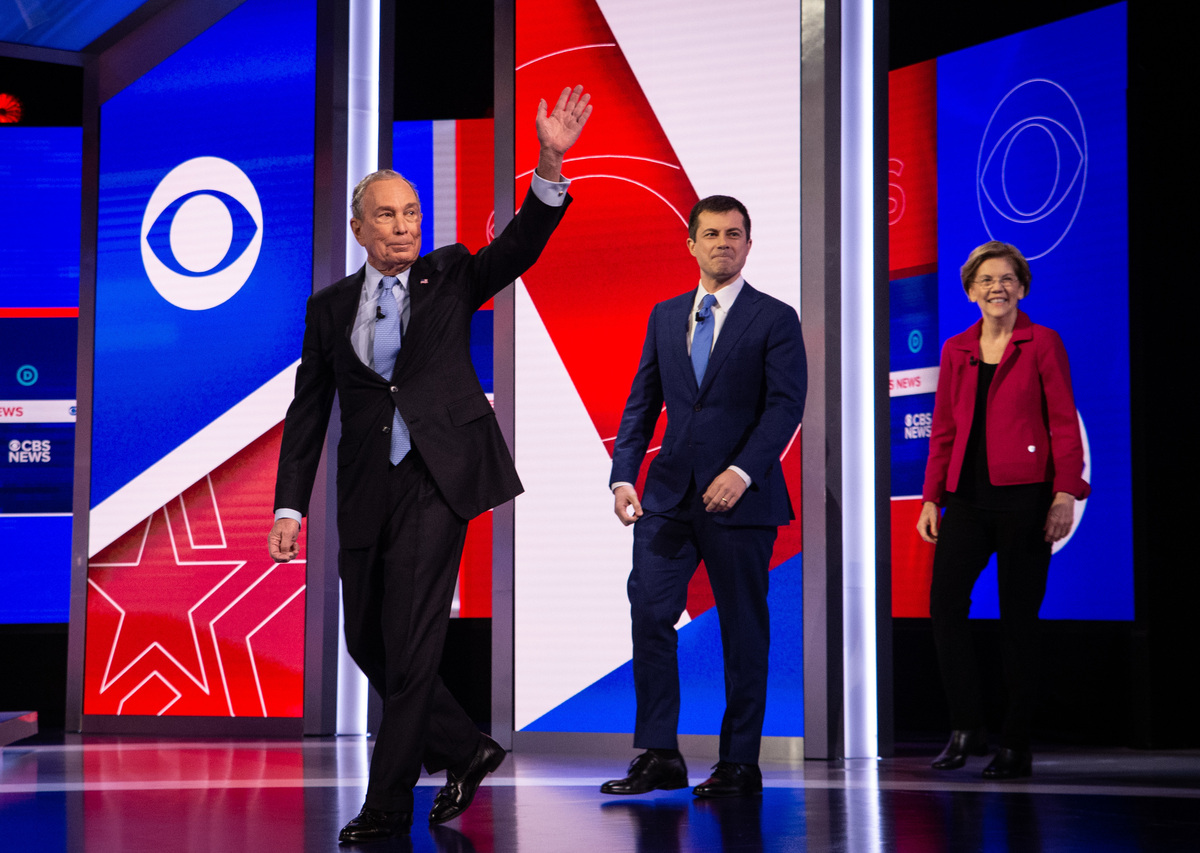 Former New York City Mayor Mike Bloomberg had an easier go of it Tuesday night, given all the focus on Sanders, but he didn't stand out as the person who should be the clear alternative to the senator from Vermont.

Bloomberg still has a problematic record for a good share of Democratic voters — lavish campaign spending or not. He was on the defensive again for his "stop and frisk" policy as mayor. And Warren reprised her criticism of nondisclosure agreements at Bloomberg's company. Her attack, though, didn't seem to have the same resonance as it did in the Nevada debate, when it was heard the first time.

Bloomberg has been banking on a Biden collapse before Super Tuesday, when Bloomberg's name will first appear on ballots. That looked possible after Iowa, New Hampshire and Nevada. But if Biden wins South Carolina, Bloomberg's biggest impact on the race could be splitting up the moderate vote on March 3, when 14 states and one U.S. territory select more than a third of the delegates to the Democratic National Convention.

The candidates were critical of how the Trump administration is responding to the coronavirus outbreak, notably that Trump's proposed budgets cut funding for the Centers for Disease Control and Prevention.

The stock market had some of its worst two-day drops in years because of fears of the virus spreading across the globe and in the United States.

It's a reminder that for all of the arguing Democrats have been doing about who is most electable, that tussle is a sideshow, especially when weighing the reelection of a president.

With unemployment under 4%, foreign entanglements in the background and no major crises, Trump would normally be the favorite in November. But if something goes badly wrong, it may not matter who the Democratic nominee is. Reelections are, first and foremost, a referendum on the sitting president — and this president is one of the most hotly polarizing in the nation's history.