Accessibility links
Tennis Star Maria Sharapova Announces Her Retirement In an essay, Sharapova says she is stepping away from the sport she's been playing for 28 years. She's a five-time Grand Slam champion and former No. 1, who also served a 15-month ban for doping. 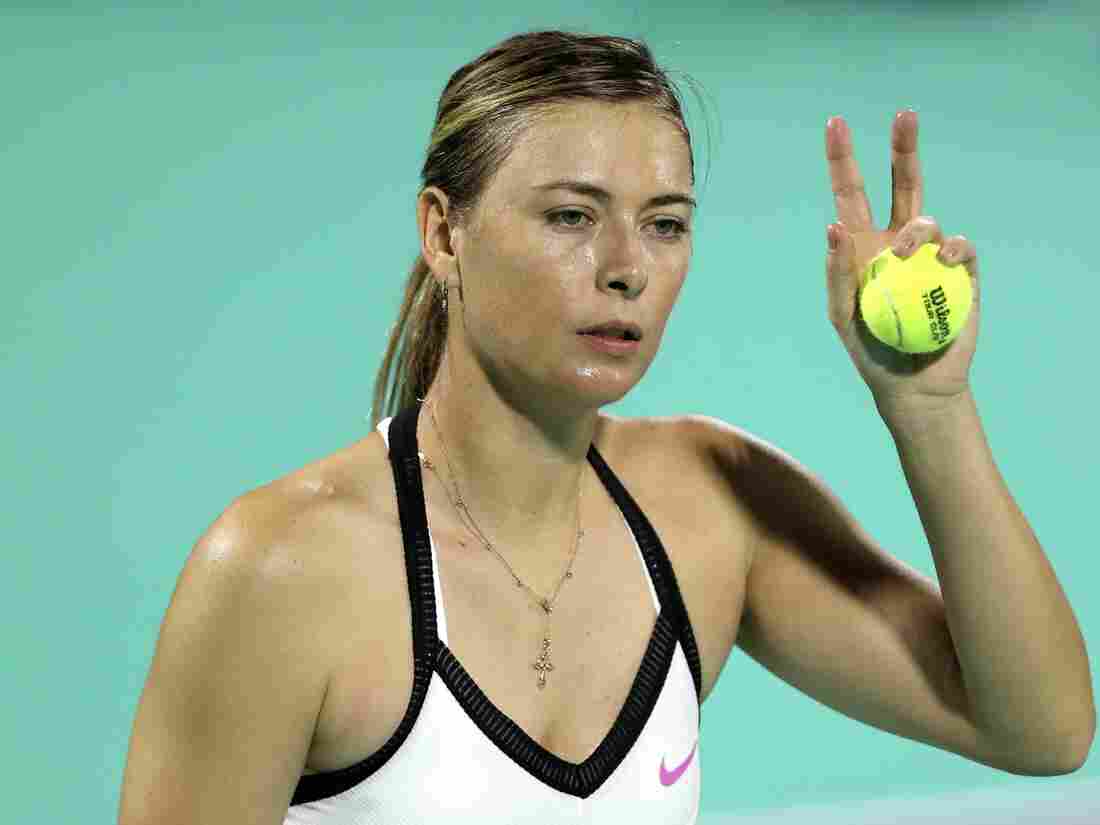 "How lucky am I to have found a kind of ground on which I felt so exposed and yet so comfortable?" Maria Sharapova wrote in an essay, published Wednesday, for Vanity Fair and Vogue. Kamran Jebreili/AP hide caption 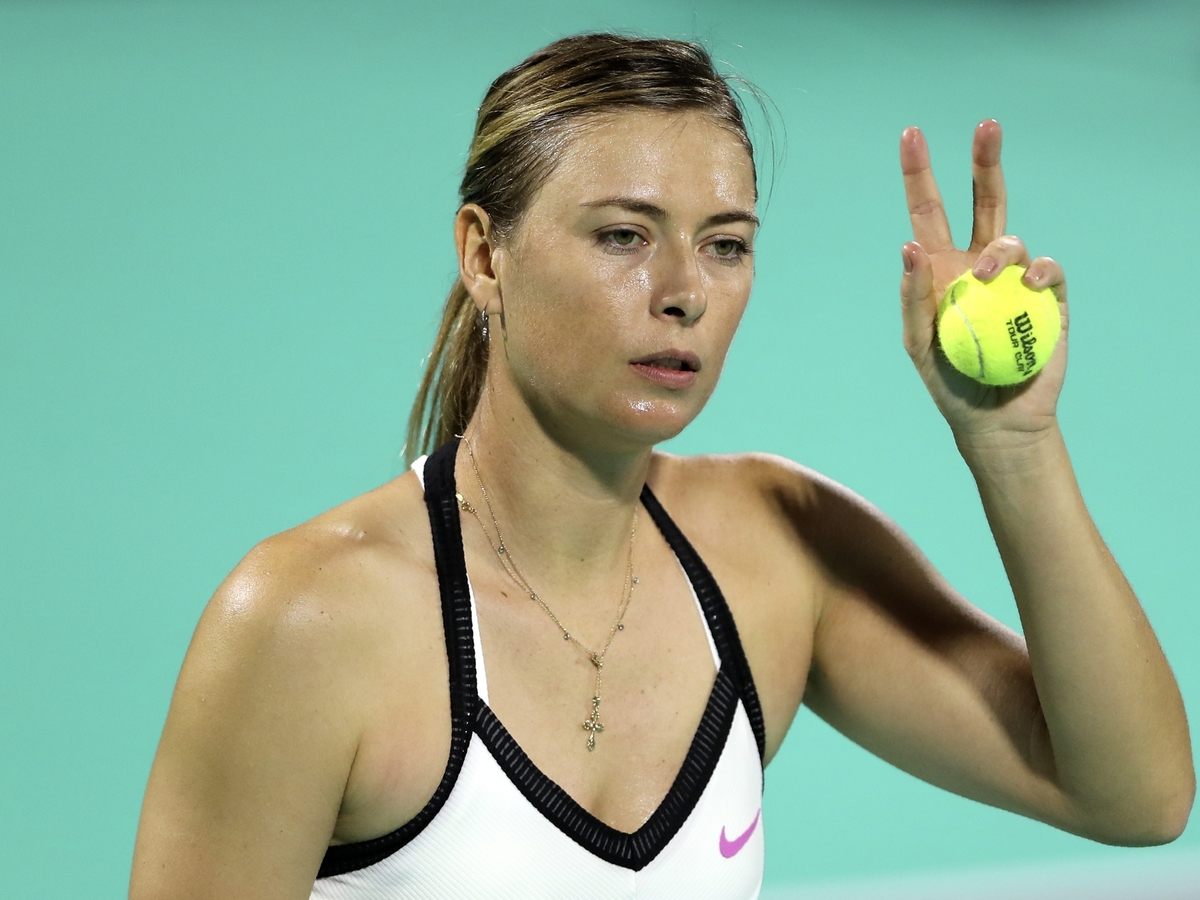 "How lucky am I to have found a kind of ground on which I felt so exposed and yet so comfortable?" Maria Sharapova wrote in an essay, published Wednesday, for Vanity Fair and Vogue.

Maria Sharapova, the five-time Grand Slam champion and former No.1-ranked women's tennis player in the world, has called it quits.

The 32-year-old made the announcement not at a press conference, but in an essay she wrote for Vanity Fair and Vogue. Her choice of venue shouldn't exactly come as a surprise. Off the court, Sharapova has built a successful career in business and modeling.

In walking away from her 19-year professional career, she spoke directly to the game she loves, saying, "Tennis — I'm saying goodbye."

"How do you leave behind the only life you've ever known?" Sharapova asks in her essay published Wednesday.

She describes the extremes of the game – the "untold tears and unspeakable joys" it brought her, adding that it's "a sport where [she] found a family, along with fans who rallied [her] for more than 28 years."

She also tweeted a picture of her as a young girl posing with a racquet along with the message: "Tennis showed me the world — and it showed me what I was made of."

The Russian-born Sharapova turned professional in 2001 at the age of 14. She won Wimbledon three years later, in 2004, by upsetting Serena Williams in the final. She outlasted all other competitors to win the U.S. Open in 2006 and then the Australian Open in 2008. Her final Grand Slam titles came at Roland-Garros, winning the French Open in both 2012 and 2014.

The 6-foot-2-inch powerhouse was known for her grit and her groundstrokes and her grunting. She racked up a career singles record of 645-171, including 36 titles, according to the Women's Tennis Association.

Sharapovova, who was No. 1 in 2005, was most recently ranked as the No. 373 ranked singles player in the world, according to the WTA.

The official Twitter account for the French Open offered well wishes for the former champion, saying, "All the best for your future @MariaSharapova."

In recent times, Sharapova has been slowed by shoulder injures, ESPN reports, undergoing multiple surgeries. She lost both matches she's played this year, including the first round of the Australian Open, losing in straight sets to Donna Vekic of Croatia, 6-3, 6-4.

In her essay, Sharapova wrote that during a match the U.S. Open in August she had to have a procedure just to make it through play:

"Behind closed doors, thirty minutes before taking the court, I had a procedure to numb my shoulder to get through the match. Shoulder injuries are nothing new for me — over time my tendons have frayed like a string." 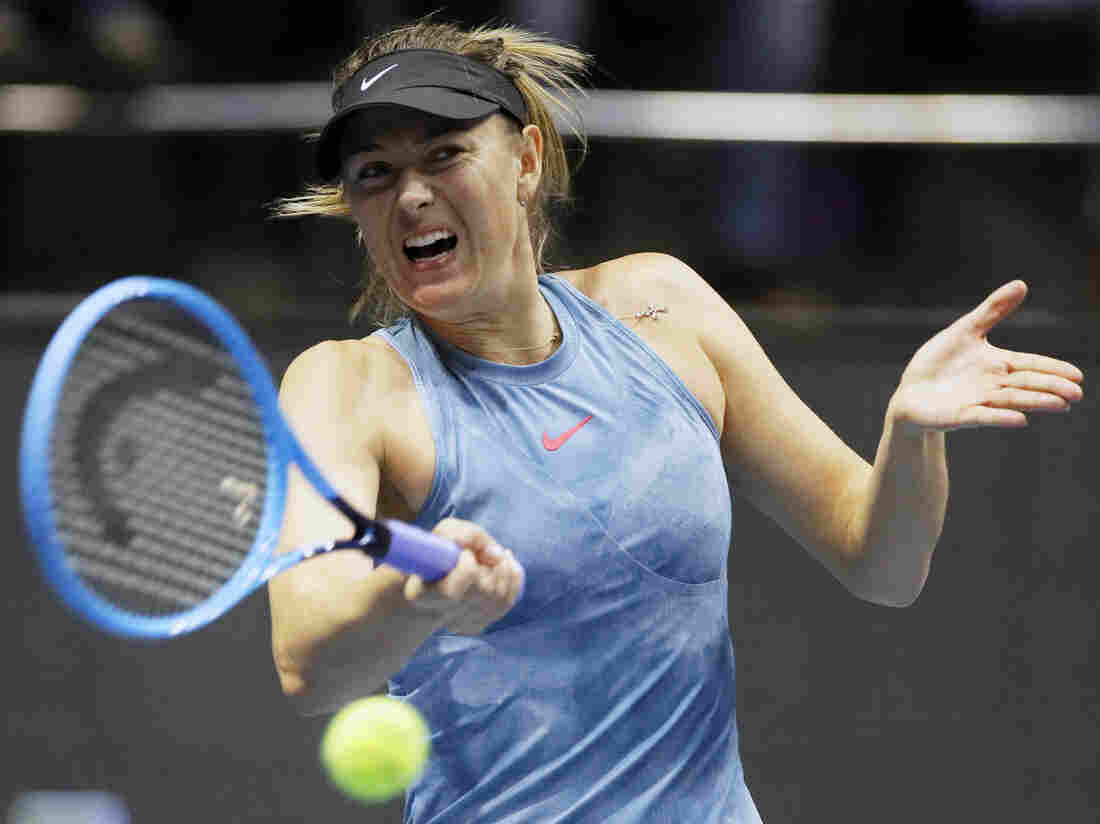 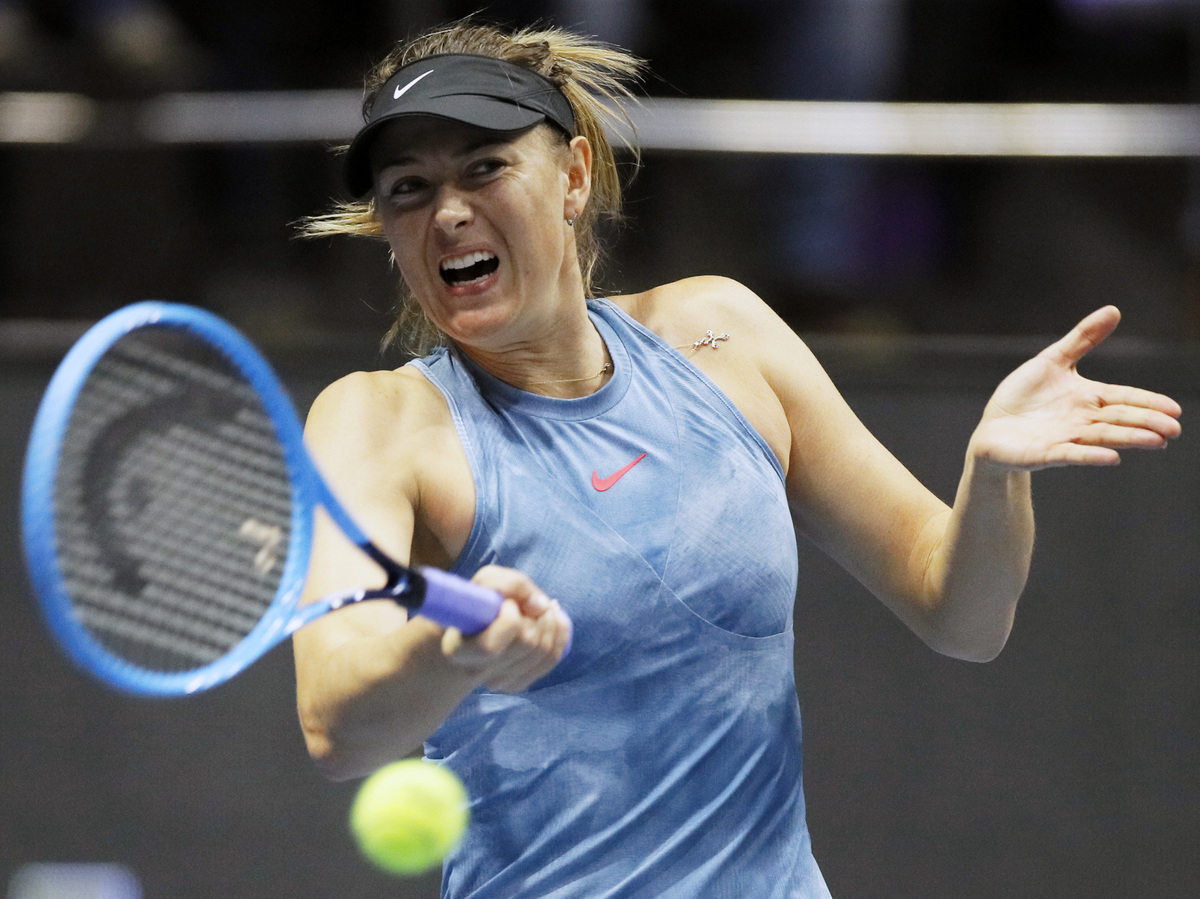 Sharapova's essay did not mention the most controversial part of her tennis career — her 15-month ban for doping.

She tested positive in 2016 for the newly banned drug meldonium, a prescription heart medication that can improve blood flow. She was originally banned from the sport for two years, which she called "unfairly harsh" in a Facebook post, before the international Court of Arbitration for Sport reduced the suspension.

Sharapova wrote that the keys to her success were that "I never looked back and I never looked forward. I believed that if I kept grinding and grinding, I could push myself to an incredible place."

Those places will now be outside the lines of the tennis court.

A 2018 profile of Sharapova in Forbes estimated her net worth to be as high as $195 million. It described her as "a marketing machine, partnering with companies and ranging from Nike to Porsche." Then there is the sweet business she launched in 2013, called Sugarpova, which she bills as "a premium candy line that reflects the fun, fashionable, sweet side" of the tennis star.

Sharapova said for now, she's looking forward to "a sense of stillness," such as the simple pleasure of lingering over a cup of coffee in the morning.