Accessibility links
Philadelphia Opening Nation's First Supervised Injection Site Next Week After a two-year legal saga, Safehouse says it will open next week, allowing users to administer illegal drugs under supervision. Federal officials say they will try to stop the site from opening. 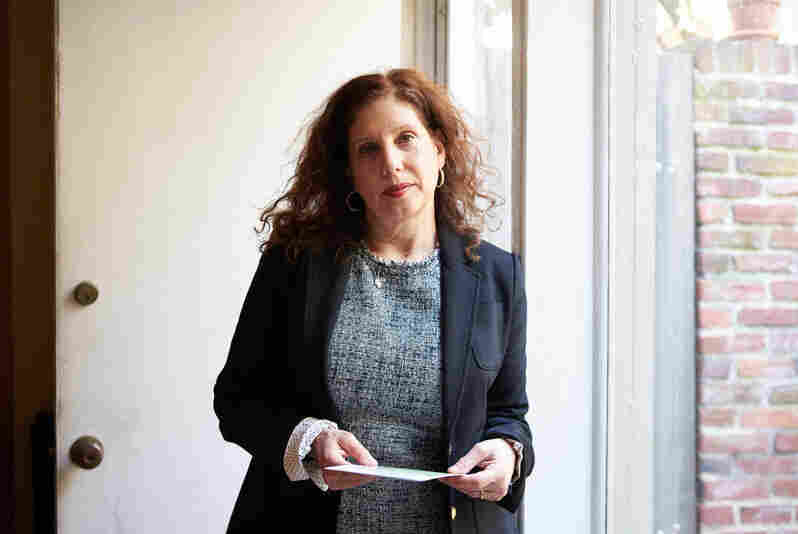 Ronda Goldfein, who leads the Philadelphia nonprofit Safehouse, says the group will open the first supervised injection site in the country next week over objections of the Department of Justice and some community members. Natalie Piserchio for NPR hide caption 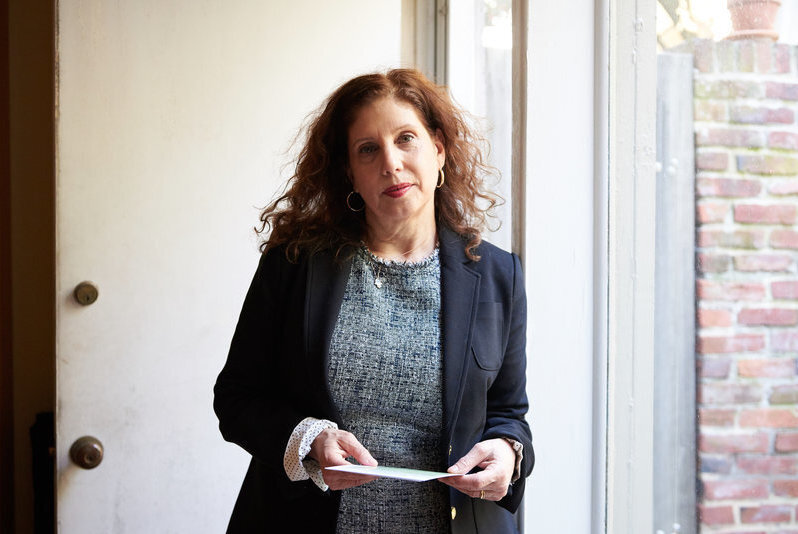 Ronda Goldfein, who leads the Philadelphia nonprofit Safehouse, says the group will open the first supervised injection site in the country next week over objections of the Department of Justice and some community members.

After a two-year battle, the Philadelphia nonprofit Safehouse says next week it will open the first space in the U.S. where people struggling with addiction can use opioids and other illegal drugs under the supervision of trained staff.

The Wednesday announcement comes one day after a U.S. district judge issued a final ruling declaring the facility does not violate federal drug laws. This solidified an October decision, which was the first time a federal court has weighed in on the legality of a supervised injection facility, or what advocates call an overdose prevention site.

Used in Canada and parts of Europe, a supervised injection site is a space in which drug users bring their own drugs and administer them while under the watch of medical staff armed with the overdose-reversing drug naloxone. Safehouse officials say the initiative is aimed at saving lives and providing a bridge to treatment amid a worsening opioid crisis.

"Philadelphia, like the nation, is in an overdose crisis," Safehouse Vice President and co-founder Ronda Goldfein said on Wednesday. "With yesterday's decision, we now have the legal authority to open Safehouse," she said. "This is a medical model."

Safehouse VP Ronda Goldfein: “With yesterday’s decision, we have the legal right to open Safehouse.” pic.twitter.com/o3xmdrI0Be

The planned launch of the controversial facility faces stiff opposition from the Justice Department. For months, federal prosecutors have described the initiative as in-your-face illegal activity.

Bill McSwain, U.S. attorney for the eastern district of Pennsylvania, has vowed to appeal the court's decision paving the way for the site to open its doors.

"What Safehouse proposes is a radical experiment that would invite thousands of people onto its property for the purpose of injecting illegal drugs," McSwain said.

On Thursday, McSwain said: "My Office filed suit against Safehouse in the first place to bring order, reason and fairness to a potentially explosive situation," he said. "The court process is not over."

"Safehouse should act prudently and not rush to open while the appeal is pending. But if it does rush forward, my Office will evaluate all options available under the law," McSwain added.

Prosecutors have submitted that the plan violates a provision of the Controlled Substances Act that makes it illegal to own a property where drugs are being used — known as "the crack house statute."

"The ultimate goal of Safehouse's proposed operation is to reduce drug use, not facilitate it," McHugh wrote in his original opinion, which he made final on Tuesday.

"Viewed objectively, what Safehouse proposes is far closer to the harm reduction strategies expressly endorsed by Congress," the judge wrote.

But Safehouse officials say the federal government's planned appeal will not slow their plans, citing a deadly crisis that is showing no signs of abating. Nationwide, more than 68,000 people overdosed in 2018.

The Kensington neighborhood north of Philadelphia's Center City is the epicenter of the opioid crisis, and the nonprofit secured a building in the community with plans of using it as a supervised injection site.

On Wednesday, however, Safehouse officials said the first facility would be in South Philadelphia.

Local police have previously committed to taking a hands-off approach to the site. But it remains unclear what other available enforcement options may be at the disposal of federal law enforcement.

In an intense exchange on Wednesday, Leighanne Savloff, a South Philadelphia resident, interrupted Goldfein as she was talking and accused the group of never soliciting the community's support, an exchange that highlighted how raw emotions have been running in parts of the Philadelphia community that are divided about these spaces.

"You blindsided us," Savloff said. "You don't sit there and live in that community. You don't take your kids to the day care like I do. I care about what my children have to see at 6 and 10 years old that I have to explain hard drug addiction. This is unacceptable. And you were a sneak about it."

Top officials with the city of Philadelphia, which supports the sites but is not providing any funding, estimate that the spaces can save between 25 and 76 lives a year.

"Even if it saves 25 lives, it's worth it," said former Pennsylvania Gov. Ed Rendell, a Safehouse board member who once taunted the federal government to "come and arrest me" amid threats of a crackdown.

"Saving a life is so important, especially when you balance against the downside, which I think is very small," Rendell said. "It's our intention to have Safehouse in a number of locations throughout the city."

Volunteers, including the former governor, are planning to escort users to the facility in order to shield those wanting to visit the site from protesters or potential law enforcement agents, similar to the model employed at Planned Parenthood locations.

Leo Beletsky, professor of law and health sciences at Northeastern University who studies supervised injection sites, said there are more than 200 of the facilities around the world.

The opening of the nation's first in Philadelphia, he said, could spark a chain reaction.

"I think this will have broad ramifications. There are places around the country including Seattle, Boston, Denver, New York, where people have been closely watching these developments," Beletsky said. "One of the key arguments against advocates is that the law is not settled, and that the legal implications are unclear. Well, that argument just suffered a setback."