Accessibility links
What Amy Klobuchar's 'Receipts' Are For The senator from Minnesota often references "the receipts," an online slang phrase, on the presidential campaign trail. Linguists say it emphasizes accountability and works across audiences. 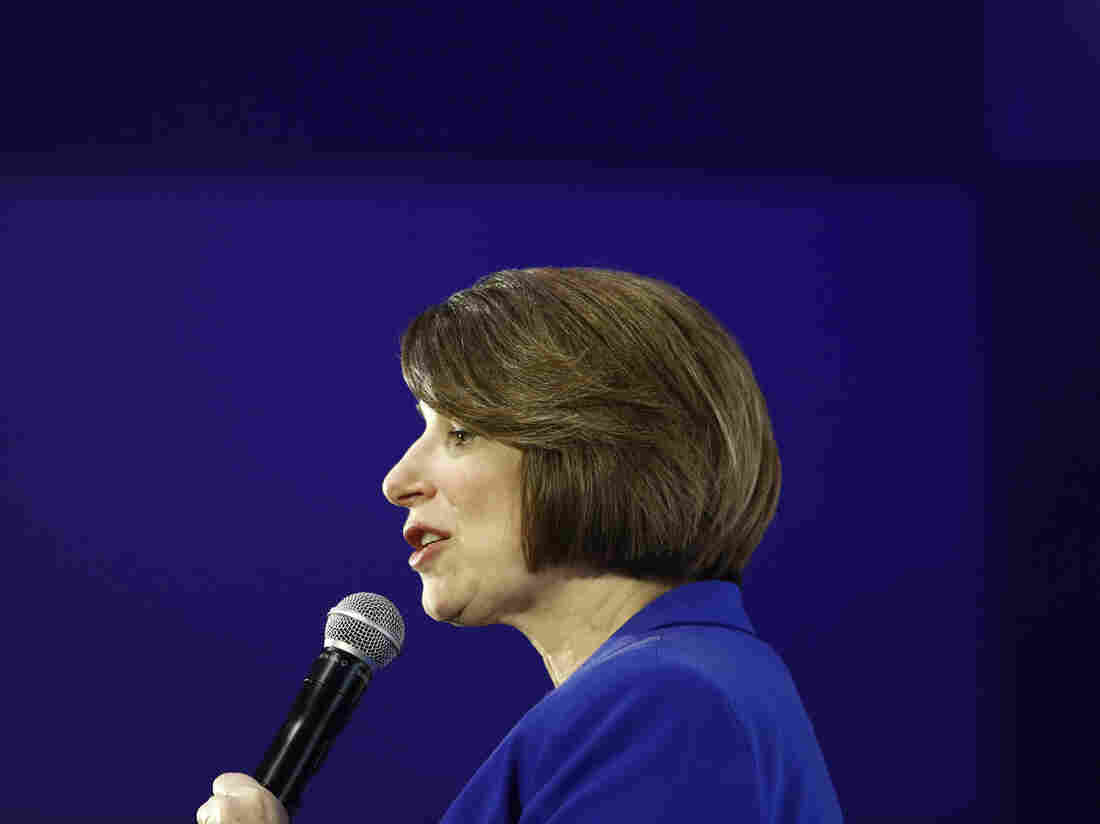 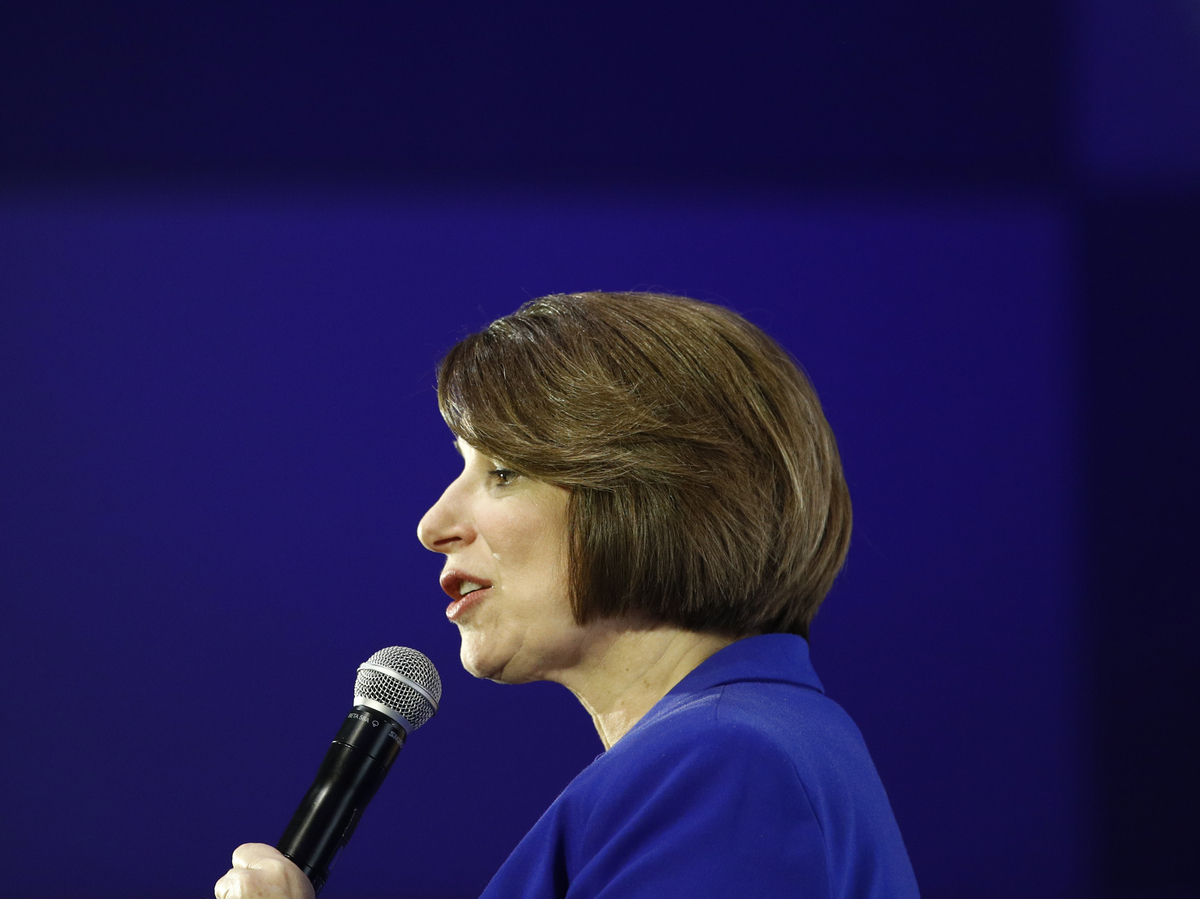 In making her case for electability, Sen. Amy Klobuchar of Minnesota has repeatedly said she's the Democratic presidential candidate who "brings the receipts."

Democratic presidential candidate Amy Klobuchar declared on the debate stage Tuesday night that she was "the only one up here with the receipts." That was far from the first time the senator from Minnesota has emphatically employed the phrase along the campaign trail.

Bringing — or, in some instances, simply having — receipts means showing up with proof. For Klobuchar, that means making the case for her electability by pointing to the fact that she has won over independents and moderate Republicans in red and purple congressional districts.

"I'm one of two left from the Midwest, but I am the one that brings receipts. I have won every race, every place, every time. I have not just won by a little bit. I have won in all the rural congressional districts, Republican districts," Klobuchar said at a campaign stop in Nevada earlier this month.

Perhaps Klobuchar picked up on that could-be catchphrase after a Washington Post article in October 2019 declared this: "Every Democrat argues that he or she can win back Trump voters. Klobuchar is the only candidate with the receipts."

In mid-January she used it in a spin room following the Iowa debate. Klobuchar said she felt good about her performance, because she got the chance to lay out her winning record: "I got to make my case about why I am the most electable. [A] lot of people talk the talk, I have the receipts."

And since then the metaphor has made multiple appearances, most notably in campaign speeches and on debate stages. Klobuchar has mentioned her receipts on the trail in Iowa, New Hampshire and Nevada and referred to them at debates in New Hampshire, Nevada and now South Carolina. She has tweeted about them and talked about them in an interview with New Hampshire Public Radio.

" 'Bring the receipts' means 'I demand accountability.' That is part of [Klobuchar's] persona," said Nicole Holliday, assistant linguistics professor at Pomona College who focuses on political speech. "So it's very useful for her because she gets to paint herself as the accountability candidate and also cool, in a mom way ... a certain kind of cool."

The phrase has been part of many younger people's lexicons for years, largely thanks to social media. 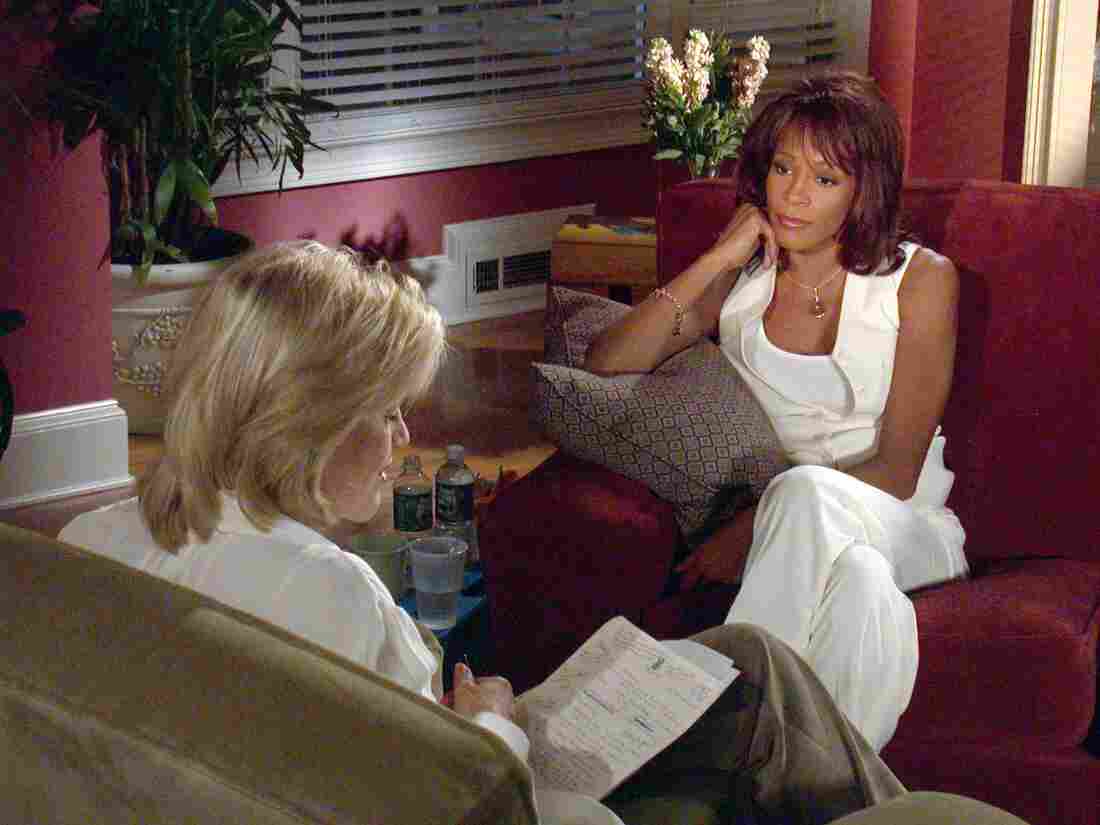 Superstar entertainer Whitney Houston sat down with Diane Sawyer for a revealing one-hour interview at her home in suburban Atlanta back in 2002. Some of Houston's comments from the interview have survived as memes in the social media age. Ida Mae Astute/Walt Disney Television via Getty hide caption 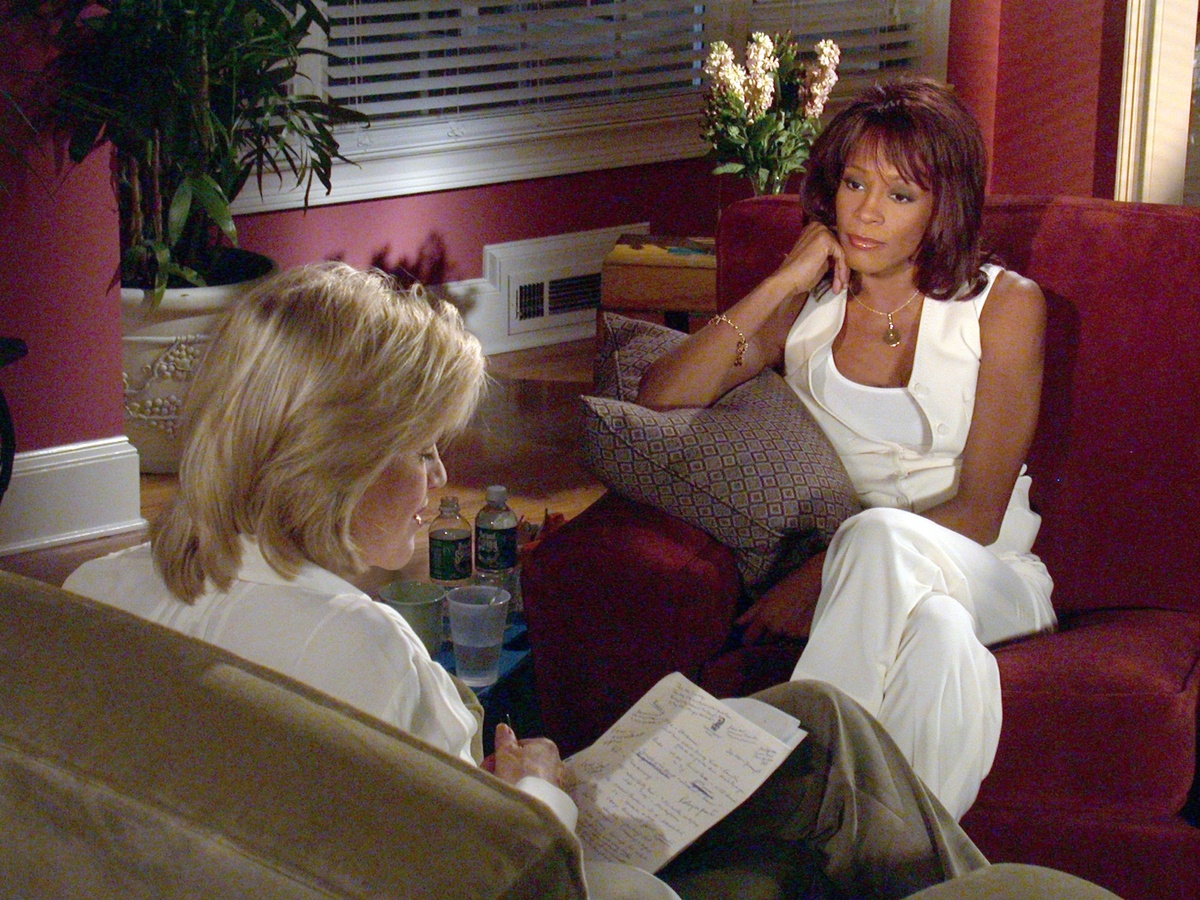 Superstar entertainer Whitney Houston sat down with Diane Sawyer for a revealing one-hour interview at her home in suburban Atlanta back in 2002. Some of Houston's comments from the interview have survived as memes in the social media age.

According to Holliday, the phrase caught on among members of the black community, many of whom saw Houston as an icon and likely adopted the metaphor after hearing the interview. She said the first entry for the phrase on the crowdsourced site Urban Dictionary, an indication of widespread use among young people, is from 2005.

While there are many examples of slang that originated in black communities and got picked up by white people without credit or context, Holliday said, having the receipts is not necessarily one of them.

"Because there's this particular moment where it came from where [Houston] was talking about something literal and not figurative, I think that makes it a little bit less problematic because we know where it came from," Holliday explained. "It isn't like black people have had this forever and white people got it five seconds ago."

Tammy Vigil, an associate communication professor at Boston University who studies women as political communicators, said she remarked to her husband about the "quirkiness" of the phrase when she first noticed Klobuchar using it in an earlier debate.

"Receipts are physical proof of something, but it's usually [of] somebody else's bad behavior, not of somebody's good behavior," Vigil said.

There's a "potential riskiness" to Klobuchar using the pop culture reference incorrectly, Vigil said, comparing it to her using slang in the classroom. But she added that while it might come across like an endearing "bad dad joke" to younger voters, the term can also be interpreted literally by older voters, making it a metaphor that works across multiple audiences.

Voters of different ages may have varying degrees of familiarity with the turn of phrase.

Google analytics indicate a spike in searches for "show me the receipts" in 2016 and 2017, so the expression may now sound dated to younger audiences.

Holliday said the meaning of slang may change as terms proliferate among divisions of age and race. By the time someone in Klobuchar's position is talking about bringing receipts, she said, "there's not a 14-year-old in America still saying that." Still, she pointed out that Klobuchar is not necessarily trying to win over the youngest voting bloc.

"To the people she's trying to appeal to, that might sound like hip, young slang," Holliday said. "Her persona isn't necessarily trying to bring in people in their 20s."

Klobuchar is constructing a political persona that balances competency and relatability, Holliday said, likely because she is a female candidate from the Midwest. As a result, she uses "folksy" turns of phrase that might otherwise sound informal or out of place.

For example, when explaining her perspective on gun legislation, Klobuchar has asked more than once, "Would this hurt my Uncle Dick in the deer stand?" She has also campaigned with casseroles, making the hotdish a part of her political brand.

Holliday thinks Klobuchar's Midwestern, down-to-earth branding — of which the receipt refrain is a part — is an effective strategy.

"I hate the idea of calling female candidates 'likable,' but she doesn't get accused of being fake the way that some candidates do, I think," Holliday said.

It makes sense that Klobuchar invokes her receipts somewhat regularly, Vigil said. Candidates tend to lean on reliable phrases, often from their stump speeches, for public speaking appearances on the campaign. Generally, the more natural the phrases sound, she said, the more effective they are.

It's also common for candidates to test, drop and swap out these filler phrases, Vigil said. This one may or may not be a keeper.

While Klobuchar will likely continue reminding voters of her record, it remains to be seen whether she'll do it with receipts.