Accessibility links
Review: 'The Invisible Man' Is Transparently Good Leigh Whannell's update of the H.G. Wells novel traffics in a "psychological realism that's unusual for the genre," which effectively transforms it into "Gaslight with a horror twist."

'The Invisible Man': When Danger Is Present — And Clear

'The Invisible Man': When Danger Is Present — And Clear 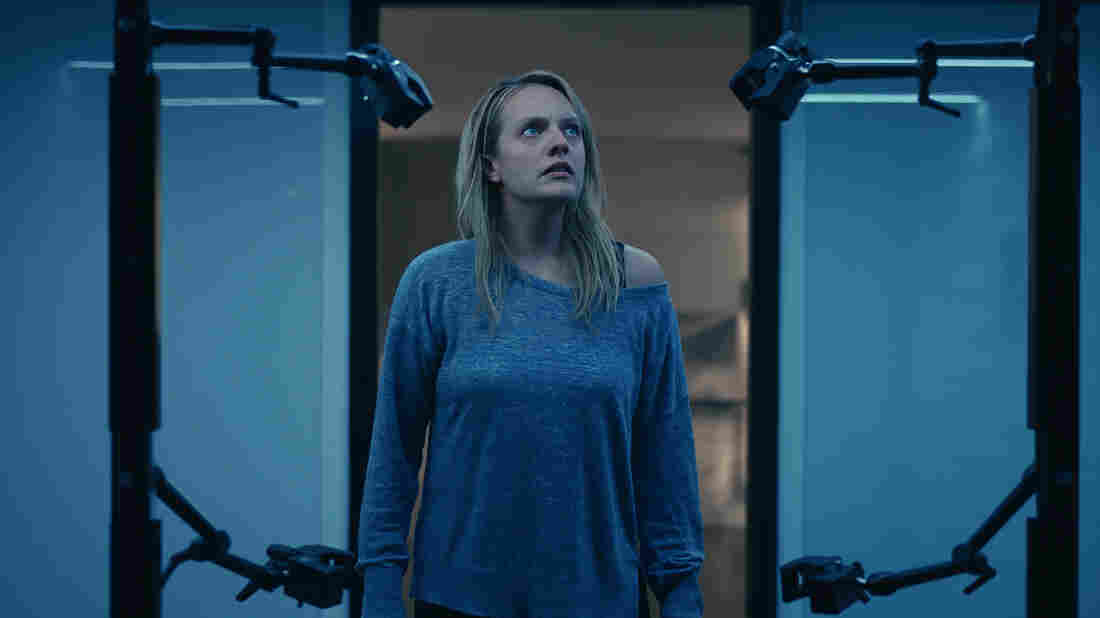 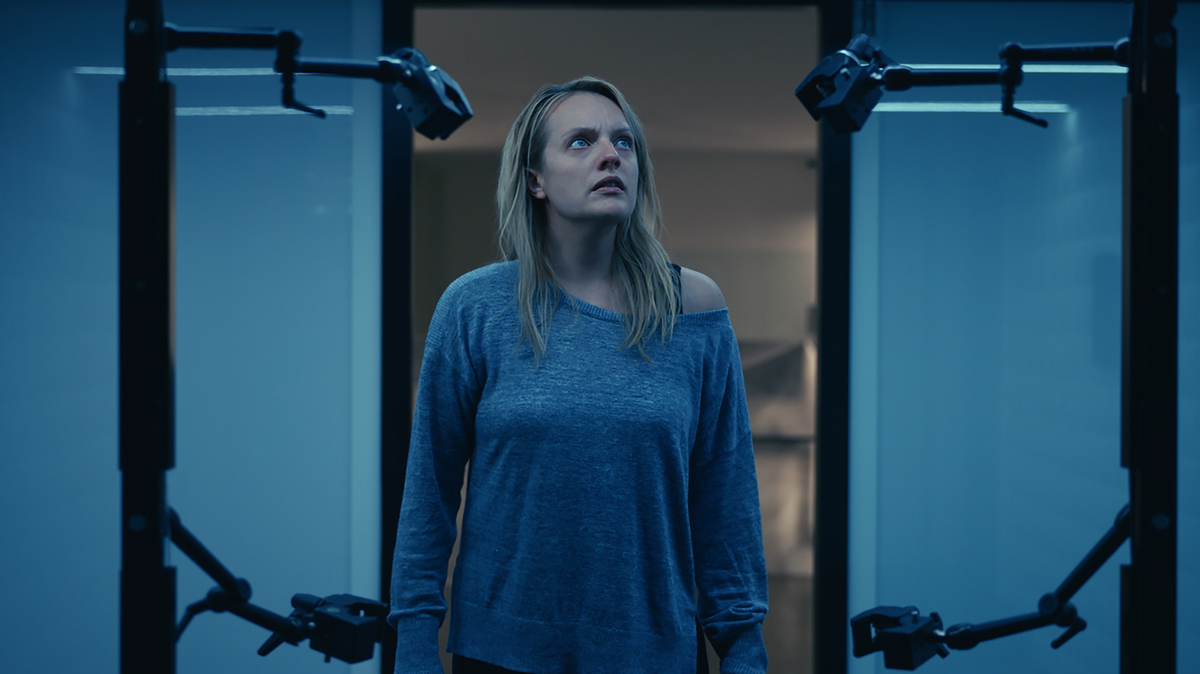 Celia (Elisabeth Moss) can't see ya, in The Invisible Man.

Of the Universal classic monsters — Dracula, Frankenstein, The Wolf Man, The Mummy, et al. — The Invisible Man is by far the most destructive, the most psychotic, and, not coincidentally, the most recognizably human of them all. (As played by Claude Rains, he's also the wittiest.) When a man doesn't have to look at himself in the mirror, he divorces himself from the moral accountability that curbs his worst instincts. Arrogance and contempt are his defining character traits, and invisibility has the effect of weaponizing them, because his scientific genius has both isolated him from other people and heightened his superiority complex.

With his ingenious updating of The Invisible Man, writer-director Leigh Whannell changes perspective from the mad scientist to the terrified victim he's stalking, which effectively turns the film into Gaslight with a horror twist. And with an actress of Elisabeth Moss' caliber in the lead role, the film has a psychological realism that's unusual for the genre, with Moss playing a woman who's withstanding a form of domestic abuse that may have a supernatural component, but feels sickeningly familiar in many respects. Invisibility has the effect of elevating a person's worst instincts, so it follows that the manipulation and torment she experiences is just a more extreme version of common behaviors.

The brilliant opening sequence underlines this theme by removing all science fiction from the equation. In the middle of the night, Cecelia (Moss) slips away from the bed she shares with her scientist husband Adrian (Oliver Jackson-Cohen) and carries out a plan to leave him for good. There are obstacles to the plan, like the lonely cliffside location of their house and the high-tech security he's installed as much to keep her in as to keep intruders out. But at this point in the film, Adrian is still a visible menace and Cecelia has to dash out into the night to escape him, as if this was an ordinary case of domestic battery.

'Insidious: The Last Key' Unlocks The Series' Past. Again.

Except it's not remotely ordinary. Cecelia has her sister Emily (Harriet Dyer) drop her off at the house of an old friend, James (Aldis Hodge), a well-built policeman who offers her protection and allows her to bunk with his daughter (Storm Reid). Cecelia can hardly bring herself to leave the house until she gets word from Emily that Adrian has committed suicide and that she's due for a multi-million dollar payoff from his brother (Michael Dorman), a lawyer who's managing his sizable estate. Yet she cannot shake the feeling that Adrian is still present, due to a series of events that are minor at first—a grease fire in the kitchen, a misplaced set of plans—but soon turn violent. And it always looks like she's responsible: Who else could have done these awful things?

Whannell came to Hollywood as a writer partner to director James Wan, a fellow Australian, and the two hit it big with the original Saw movie, Dead Silence, and the Insidious franchise, but as Wan graduated to big-budget affairs like The Conjuring, Furious 7, and Aquaman, Whannel has stayed in the genre trenches. The third Insidious film was his directorial debut, but he made a huge leap with Upgrade, a gripping low-budget thriller that suggested David Cronenberg, The Matrix, Ozploitation, and Hong Kong action cinema all rolled into one. The Invisible Man has the same pulp qualities of his other work, but with a more sophisticated deployment of effects, with a lot of patient scene-building and an active, insinuating camera.

As Cecelia gets pushed to the brink of madness — as much by not be believed as being stalked — Whannell gives the suspense set pieces plenty of room to breathe and take on a paranoid flavor. Moss and the camera are co-conspirators in horror: She imagines Adrian watching her silently from some empty corner of a room and the camera seems to affirm her worst fears, suggesting a presence through odd angles and pans across the space. Where another actor might look foolish swatting and wrestling thin air, Moss sells it as part of the overall choreography between an immensely powerful, destructive husband and a wife struggling to leverage control over a desperate situation.

Whannell hasn't sorted through some of the stickier elements of the plot — the film substitutes horror logic for logic-logic — and The Invisible Man can occasionally feel like a dressed-up version of '90s domestic violence thrillers like Sleeping with the Enemy or Unlawful Entry. Yet with Universal trying and failure to revivify the monsters in its vault with stinkers like The Mummy and Dracula Untold, Whannell has succeeded by deemphasizing blockbuster effects and engaging with an old monster in a new way. He's created an invisible man for 2020 while still embracing the foundational terrors of 1933.