Accessibility links
Belle Époque Exhibition Offers A Glimpse Of Parisian Labor, Leisure And Life In the decades before World War I, French artists began painting scenes of ordinary life — on the street, at work, at home, in clubs and cafes. Their work elevated common acts into fine art.

In the decades before World War I, French artists began painting scenes of ordinary life — on the street, at work, at home, in the clubs and cafes. An exhibition at the Norton Simon Museum is dedicated to this Belle Époque or beautiful era. Above, Pierre Bonnard's 1900 oil on cardboard triptych The Place Clichy, Paris. The Norton Simon Foundation hide caption

Between 1871 and 1914, Paris enjoyed a long stretch without war. "It was a special moment — a particularly joyful and exuberant moment in Parisian history," says Emily Talbot. She's the curator of a new exhibition at the Norton Simon Museum in Pasadena, Calif., all about Paris' Belle Époque — or beautiful era.

During the four decades before World War I, the Eiffel Tower was built, broad boulevards replaced shabby medieval paths, and France's largest city became the City of Light, as the streets were illuminated for the first time by electricity.

In the "By Day & by Night" some artists report what was happening on the city's streets, and follows Parisians inside their homes, their workplaces, their cafes — and even to the circus. 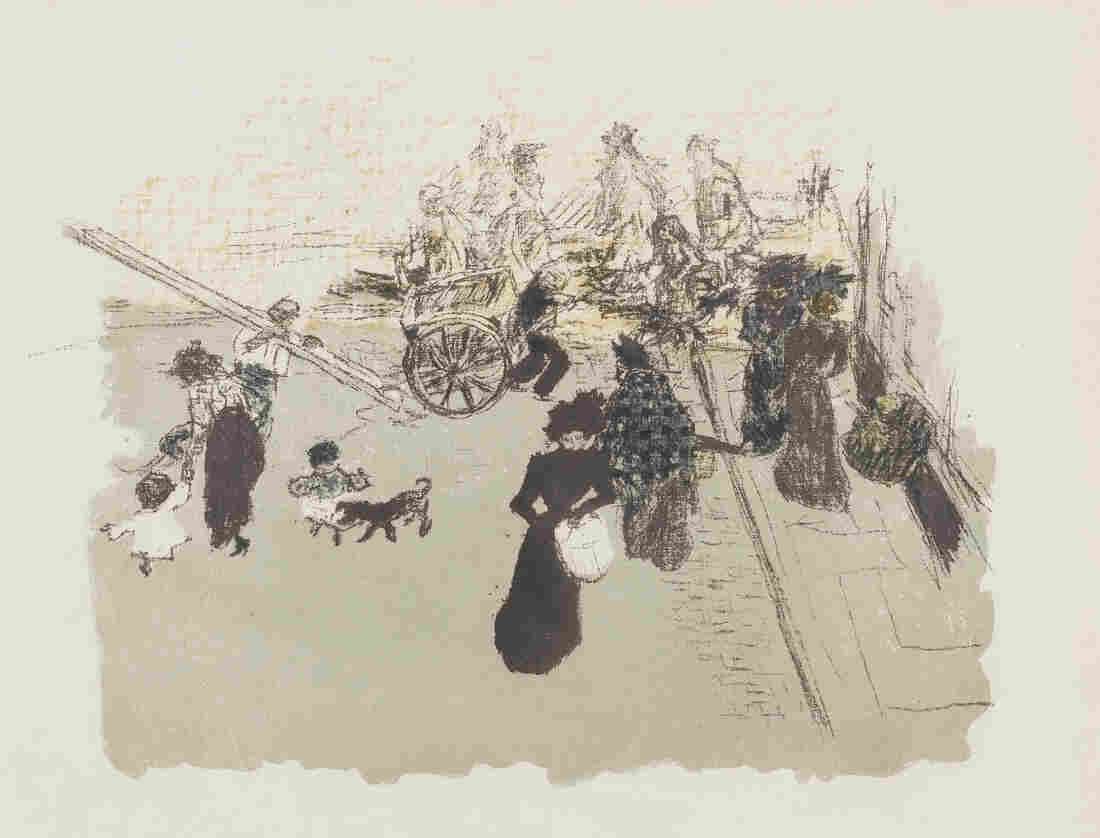 A lithograph by Pierre Bonnard shows a busy street corner in 1899. "You have a woman holding a basket, a child and a dog, a laborer carrying a plank, another one pulling up a pushcart," Talbot describes.

Bonnard didn't have to leave home to make his 1899 lithograph House in the Courtyard. The view from his own window shows a woman across the courtyard, leaning out her window to shake out her laundry, or perhaps a rug. You can see it here. 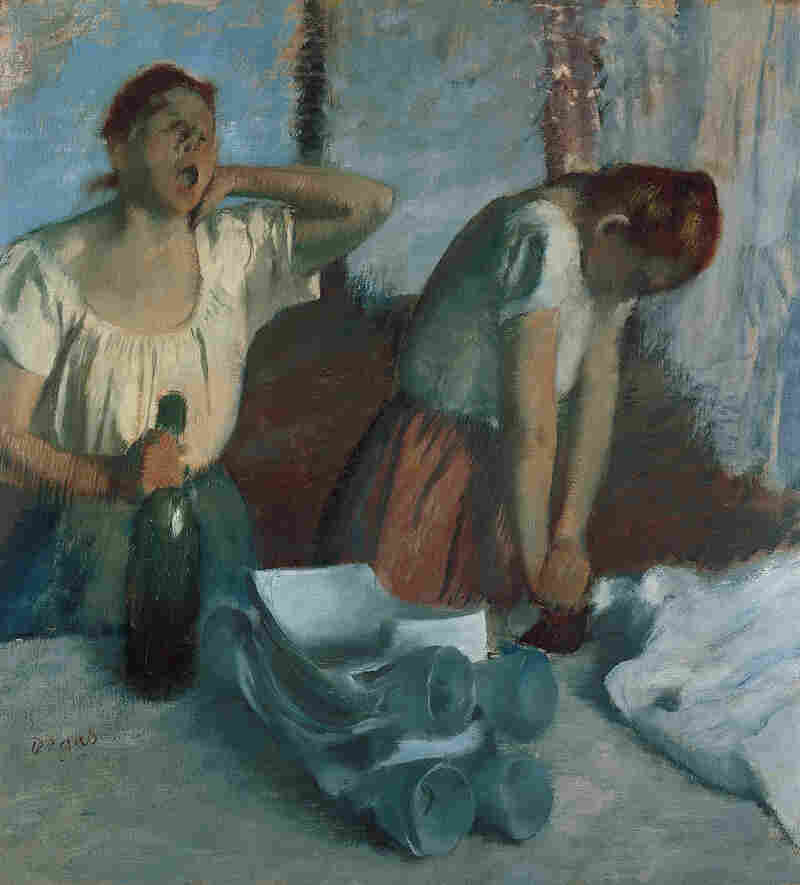 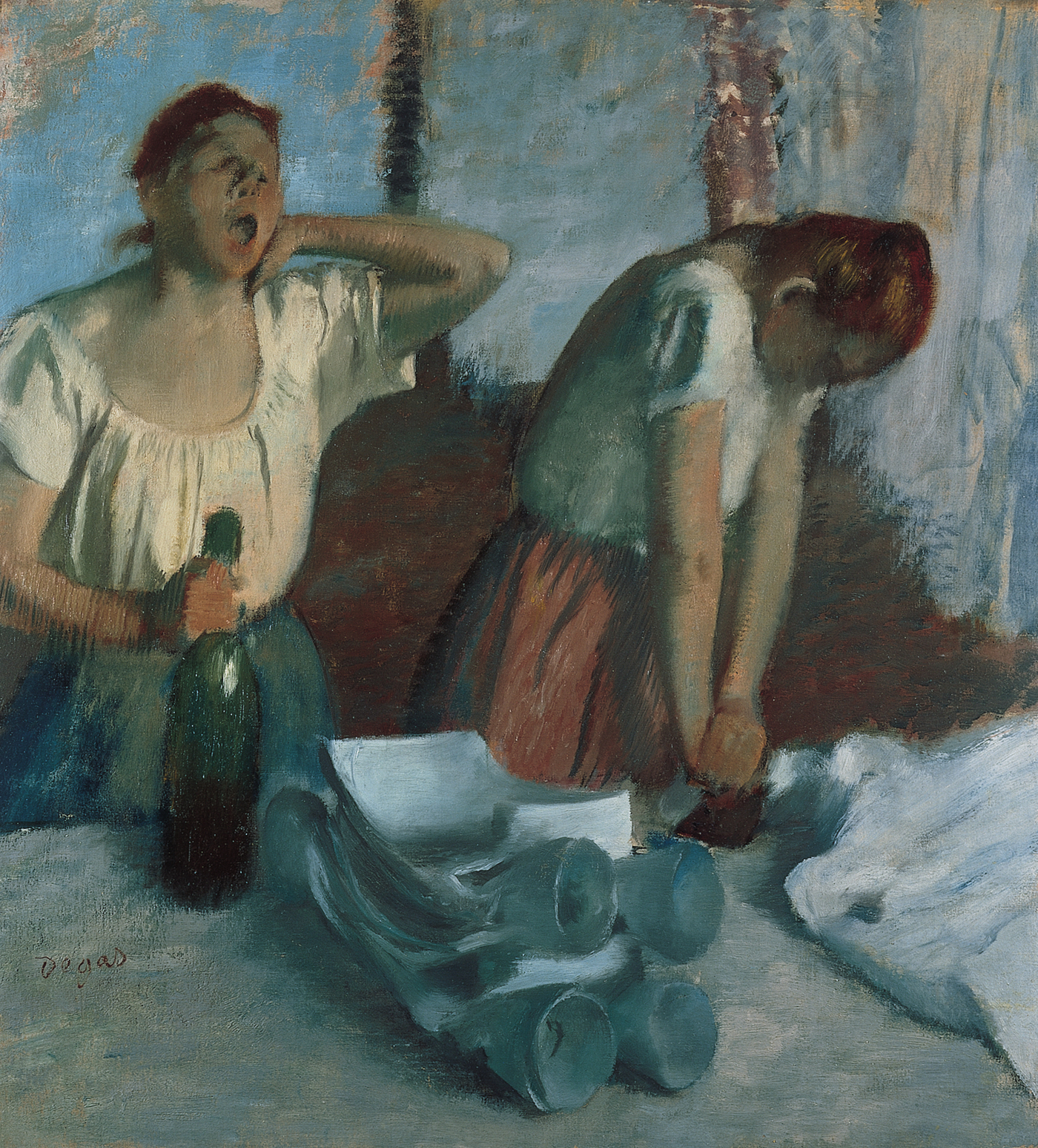 Women are doing a lot of work on these Norton Simon Museum walls — and it's not all pretty pictures. In Edgar Degas' painting Women Ironing, the labor is hard.

Hand laundering was big business in the late 19th century. About a quarter of the female workforce earned money at it — washing, starching, pressing, throwing the full weight of their bodies into guiding their heavy irons. Degas shows one of them rubbing her neck and yawning in exhaustion while the other toils away.

"You're seeing them in the midst of their hard labor, one woman pressing down on the iron, creating these gorgeous, crisp shirt cuffs," Talbot says.

A group of prints Henri de Toulouse-Lautrec made in 1896 flips this theme to show hard-working women taking a break. Here are Parisian prostitutes in their off moments — bathing, relaxing. 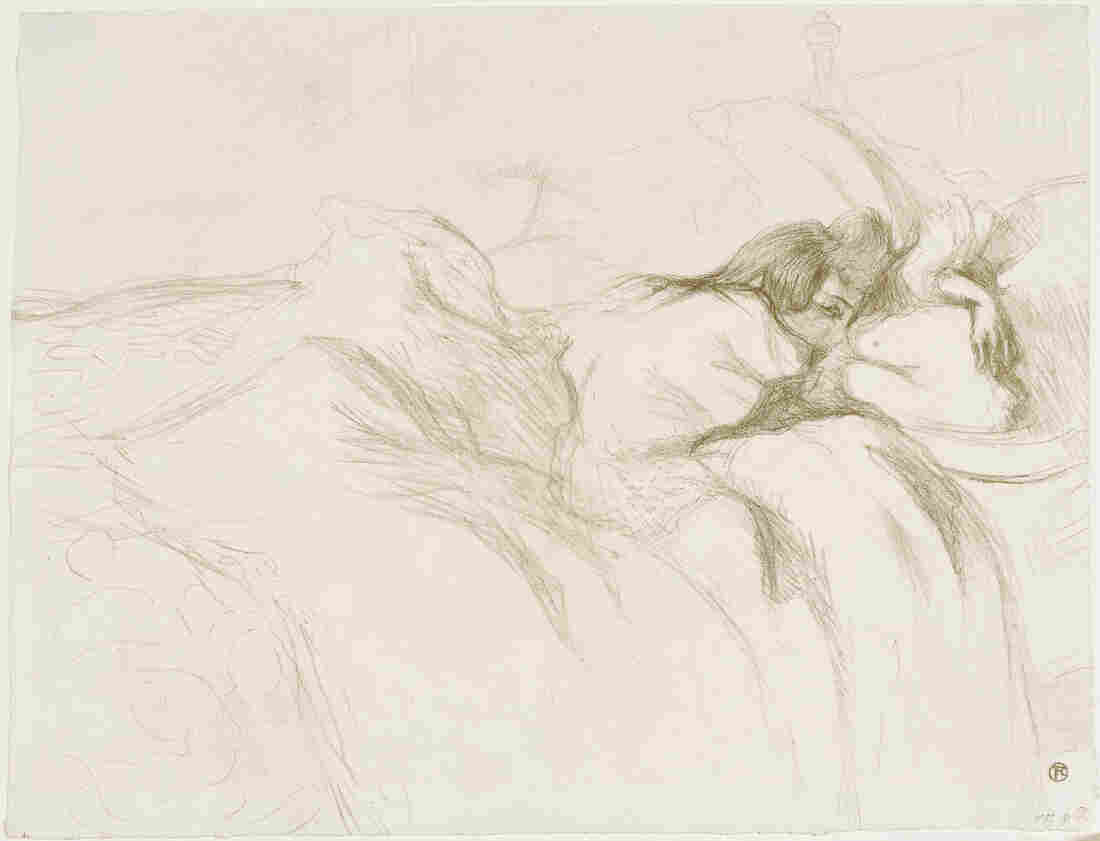 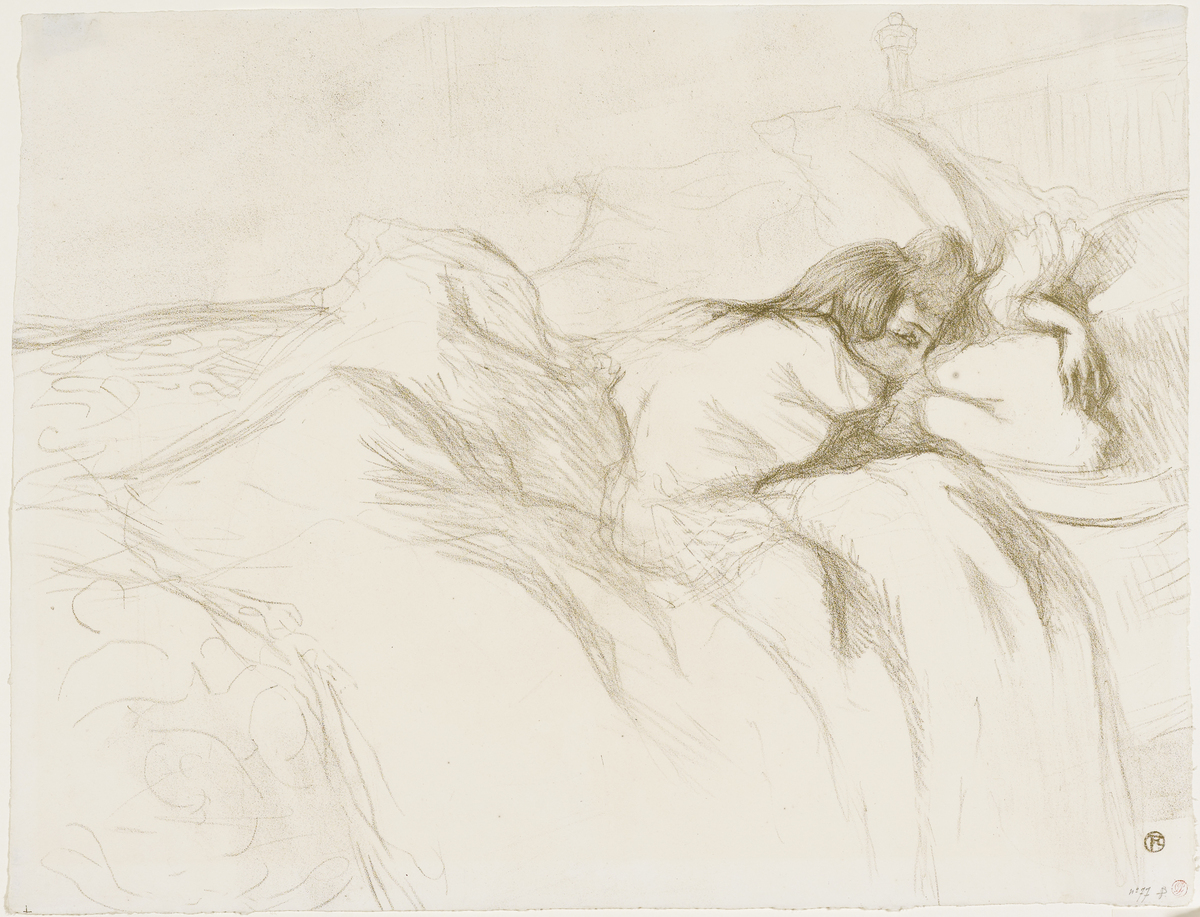 "A woman snuggling under her bed sheets, another woman fixing her hair, an older woman bringing breakfast to a younger woman — these are casual moments. They're banal. They're intimate," Talbot says.

Ordinary moments in the day, elevated into fine art. The Belle Époque exhibition closes on March 2. After that, these scenes of daily life in Paris so many years ago are tucked back into the Norton Simon Museum's permanent collection, to linger in memory, as souvenirs of a beautiful age. 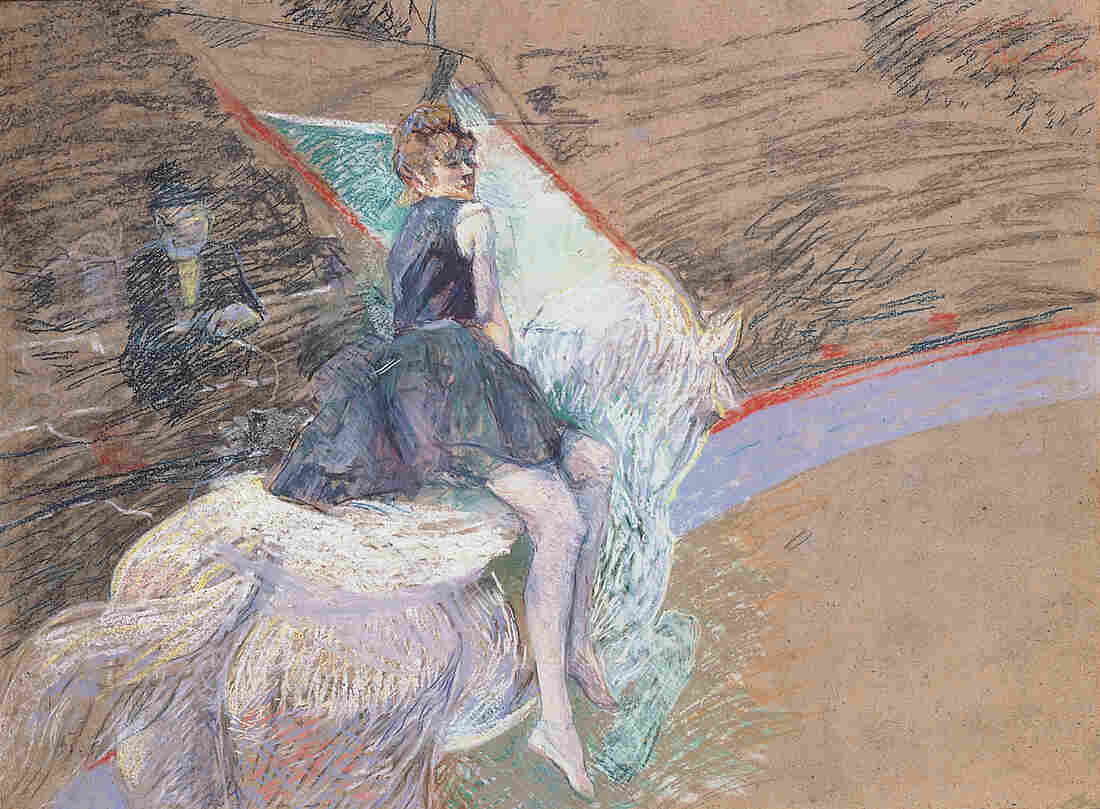 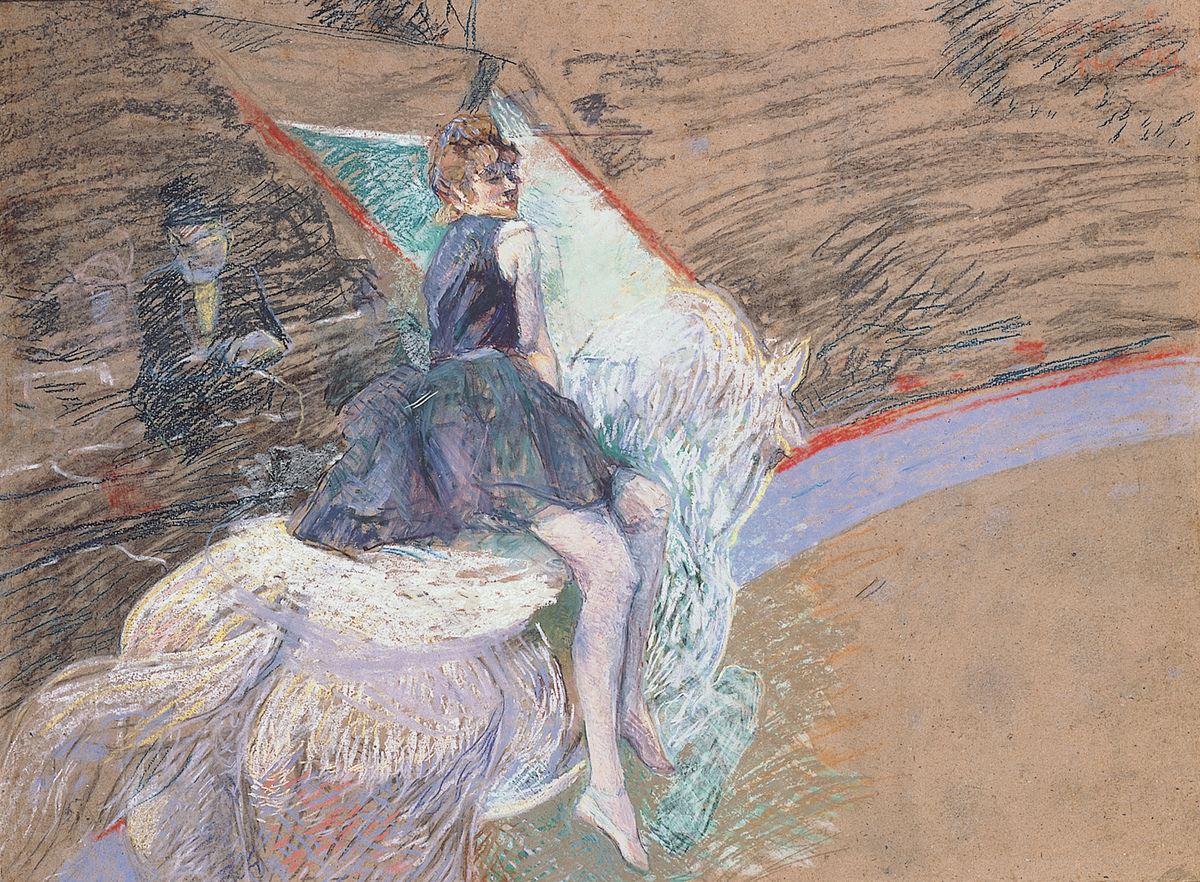