Accessibility links
Mike Pence's Record On Public Health Comes Under Scrutiny During Pence's governorship, an HIV outbreak occurred that some health experts say could have been prevented or lessened with a better response. 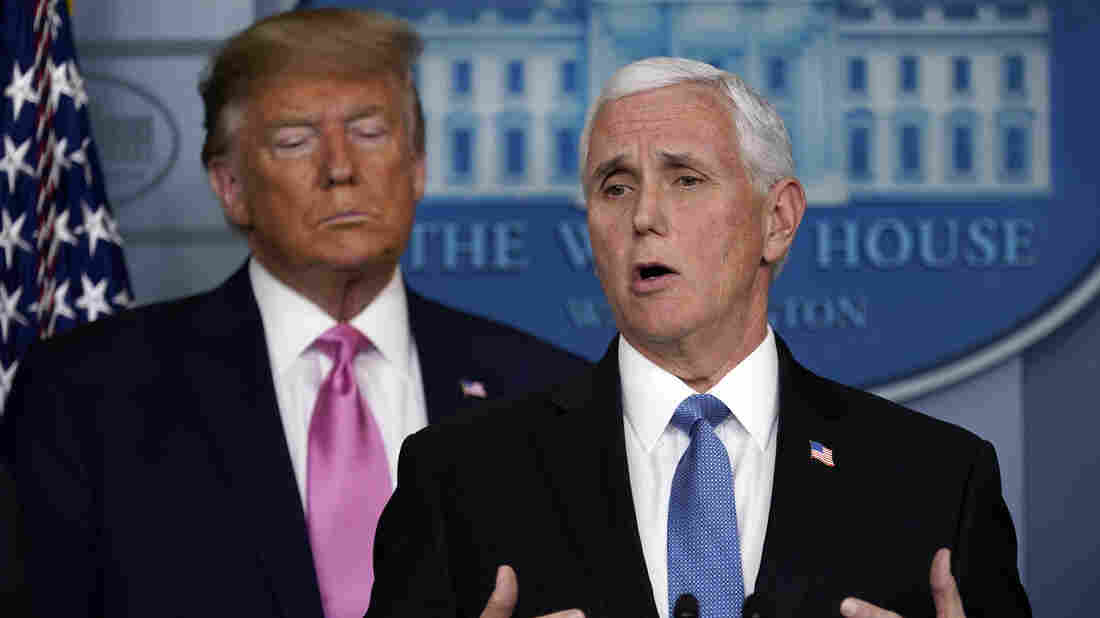 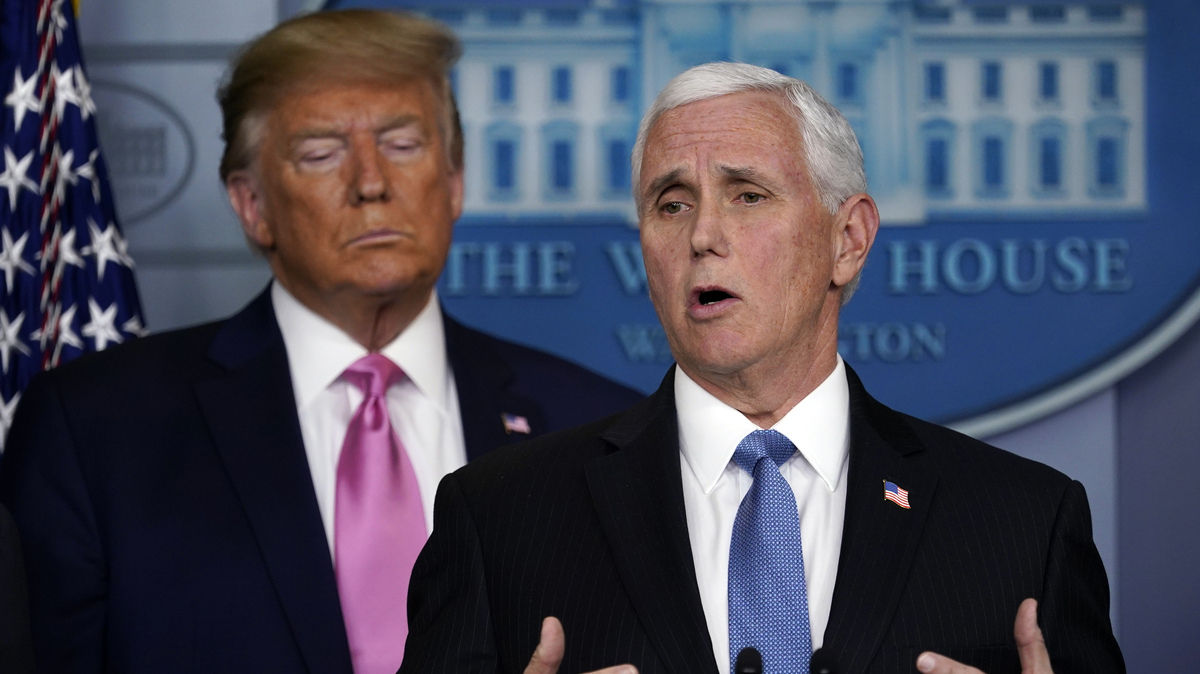 Vice President Mike Pence speaks after President Trump announced he had put him in charge of the administration's coronavirus response.

When President Trump announced Wednesday that Vice President Mike Pence would oversee the government effort to contain the fast-spreading coronavirus, he said the former Indiana governor "has a certain talent for this."

But not everyone agrees.

Pence's public health record, especially while he was governor, is now coming under harsh scrutiny.

Pence, who has no medical experience, will lead the response — though on Thursday, he said that Debbie Birx, a globally recognized expert on HIV and AIDS, would report to him as the White House coronavirus coordinator.

Six years ago, Trump criticized former President Obama for appointing a longtime adviser, Ron Klain, to lead the government response to Ebola, instead of a medical professional.

Trump defended his decision to pick Pence Wednesday by arguing that Ebola was a more serious disease. Indeed, coronavirus appears to have a much lower fatality rate than Ebola, but it has spread more widely. During the 2014-16 Ebola outbreak, there were 28,600 cases and 11,325 deaths.

Regardless, Trump's selection of his vice president for the role is being criticized more for his record on health policy than his lack of medical experience.

A spokeswoman for Pence was not immediately available for comment.

During Pence's time as governor, one of Indiana's poorest counties was hit hard with an HIV outbreak. More than 200 infections were eventually attributed to the outbreak in Scott County, Ind.

The Centers for Disease Control and Prevention descended on the state to investigate. The outbreak was blamed on opioid addiction and needle sharing and health experts called for a needle exchange.

But Pence was delayed in his response, saying he was morally opposed to the state providing needles to drug users — even if those needles could effectively slow the spreading of HIV.

"I don't believe that effective anti-drug policy involves handing out paraphernalia to drug users by government officials," he said at the time. "I reject that."

He eventually relented and signed an emergency declaration that allowed Scott County to start a needle exchange program, but he did not legalize the practice statewide.

A study by the Yale School of Public Health found that had Indiana acted earlier the number of people affected could have been reduced by more than 90 percent.

"Our findings suggest that with earlier action the actual number of infections recorded in Scott County — 215 — might have been brought down to fewer than 56, if the state had acted in 2013, or to fewer than 10 infections, if they had responded to the... outbreak in 2010-2011," said Forrest Crawford, an associate professor of biostatistics at Yale, when the study was released.

Critics have pointed to the HIV outbreak to argue that Pence is the wrong person to lead the response.

"There was an outbreak of HIV in Indiana a few years ago because Governor Mike Pence was horrible on public health policy," tweeted Rep. David Cicilline, D-R.I. "So no, I'm not relieved that Trump has him leading the coronavirus effort."

Democratic House Speaker Nancy Pelosi said Thursday that she expressed concerns to Pence about the HIV outbreak when she spoke to him about his new position.

"This is about resources, it is also about personnel, it's also about respect for science, for evidence-based decision making," Pelosi said.

.@SpeakerPelosi: "I spoke with the Vice President this morning, made some of these concerns known to him. We have always had a very candid relationship and I expressed to him the concern that I had of his being in this position." #coronavirus pic.twitter.com/9s22jcUw7I

Pelosi also criticized Pence for his past decisions to slash Indiana's public health budget and his work to restrict access to abortions.

Pence, an evangelical Christian who staunchly opposes abortion, has made ending public funding for Planned Parenthood one of his signature political issues.

"If Planned Parenthood wants to be involved in providing counseling services and HIV testing, they ought not be in the business of providing abortions," he said in 2011. "As long as they aspire to do that, I'll be after them."

Pence's battle against abortion clinics may have also actually hurt his ability to deal with Indiana's HIV crisis, as a Planned Parenthood clinic that closed in Scott County was the county's only HIV testing facility.