Accessibility links
Heathrow Airport Runway Plan Blocked Over Climate Commitments The Court of Appeal said the major international hub's plans for an additional runway failed to consider the government's pledges on carbon emissions. It's a big win for climate activists. 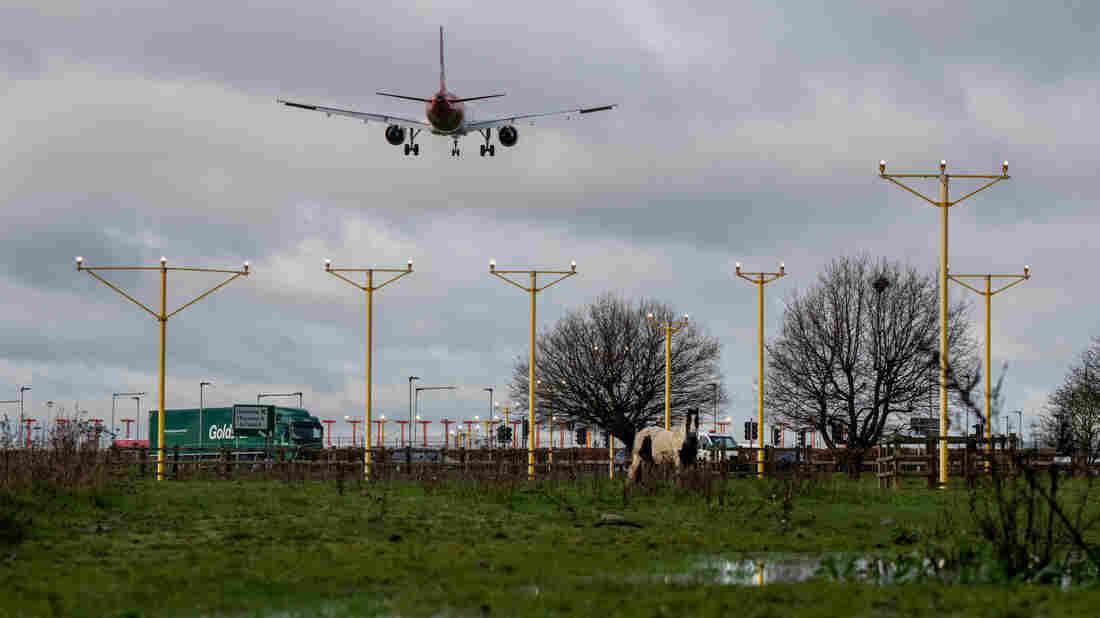 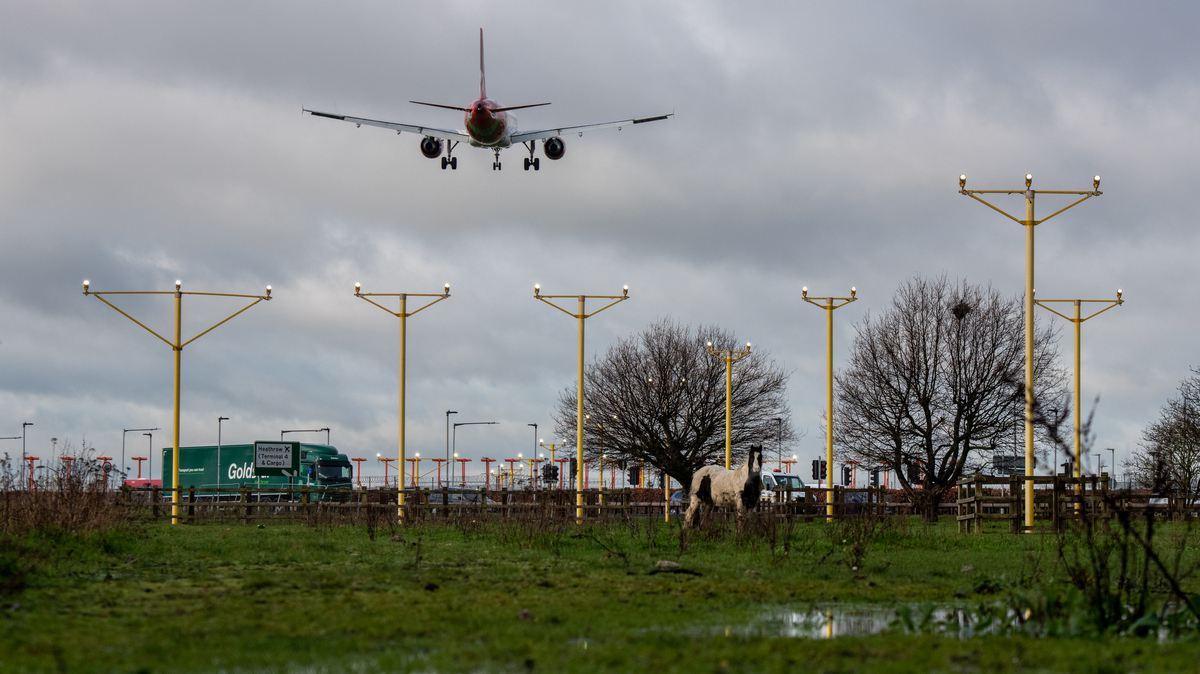 An airplane arrives at London's Heathrow Airport on Thursday — the same day a court blocked plans for a third runway at the airport, citing the government's climate change commitments.

The U.K. Court of Appeal dealt has dealt climate activists a big legal win, blocking plans for the addition of a third runway at London's Heathrow Airport, one of the busiest international hubs in the world. In its judgment Thursday, the three-justice panel concluded that the plans failed to satisfy the government's stated commitments on combating climate change.

"The Paris Agreement ought to have been taken into account by the Secretary of State," Lord Justice Lindblom wrote Thursday, referring to the landmark climate deal in which nearly 200 countries vowed in 2015 to reduce their greenhouse emissions.

Last year, the U.K. also became the first of the major Group of Seven countries to enact a pledge aiming to bring all greenhouse gas emissions to net zero by 2050 — a pledge that the office of Chris Grayling, then the secretary of state for transport, failed to keep in mind when crafting the plans in its Airports National Policy Statement.

"That, in our view, is legally fatal to the ANPS in its present form," Lindblom said.

Choosing Not To Fly Home For The Holidays, For The Climate's Sake

The decision represents yet another blow to an expansion campaign that has seen its fair share of setbacks. A similar plan for a third runway at Heathrow, laid out by the airport's operator — Heathrow Airport Holdings Limited, formerly BAA — fell apart about a decade ago amid significant resistance from local residents.

The U.K. government revived the moribund campaign with a commission recommendation in 2015, on which Grayling's office followed up a few years later with its statement laying out how the airport ought to go about the expansion.

But critics remained just as opposed. And they gathered a wide-ranging coalition of skeptics — including a pair of politicians who are usually at odds, London Mayor Sadiq Khan and his predecessor, Boris Johnson. Johnson, now prime minister, famously once promised to lie down in front of bulldozers to prevent the construction of the third runway.

Ultimately, the legal challenge decided Thursday succeeded on environmental grounds. Plan B, the climate-focused legal charity that brought the claim, cheered the decision as a landmark that "will be hugely influential across the UK and around the world."

"The message is finally getting through," the group said in a statement released Thursday. "The bell is tolling on the carbon economy loud and clear."

Greta Thunberg, the teen climate activist named Time magazine's Person of the Year in 2019, also celebrated the decision: "Imagine when we all start taking the Paris Agreement into account," she tweeted Thursday.

Grayling's successor as secretary of state for transport, Grant Shapps, announced that the U.K. government has no plans to appeal the decision — perhaps unsurprisingly, given that Johnson now leads the national government.

"Airport expansion is core to boosting global connectivity," Shapps tweeted, noting that any Heathrow expansion must be "industry led," not pushed by the government. "We also take seriously our commitment to the environment."

Still, the plan isn't exactly dead — a point that Justice Lindblom himself made clear in the judgment. He said the decision rests on a failure to consider the country's climate commitments, not a fundamental incompatibility with those commitments.

"We have not decided, and could not decide, that there will be no third runway at Heathrow," he wrote. "We have not found that a national policy statement supporting this project is necessarily incompatible with the United Kingdom's commitment to reducing carbon emissions and mitigating climate change under the Paris Agreement, or with any other policy the Government may adopt
or international obligation it may undertake."

And Heathrow Airport Holdings has no intention of backing down, saying in a statement Thursday that the court's concern "is eminently fixable."

"We will appeal to the Supreme Court on this one issue and are confident that we will be successful," the airport operator said, noting that it, too, is committed to Britain's net-zero emissions pledge. "Expanding Heathrow, Britain's biggest port and only hub, is essential to achieving the Prime Minister's vision of a Global Britain. We will get it done the right way, without jeopardising the planet's future."