Accessibility links
Plácido Domingo Backpedals On Public Apology While Union Seeks Leakers "I never behaved aggressively" towards women, the opera star says, while the performers' union that investigated his alleged behavior attempts to ferret out who provided information to the press. 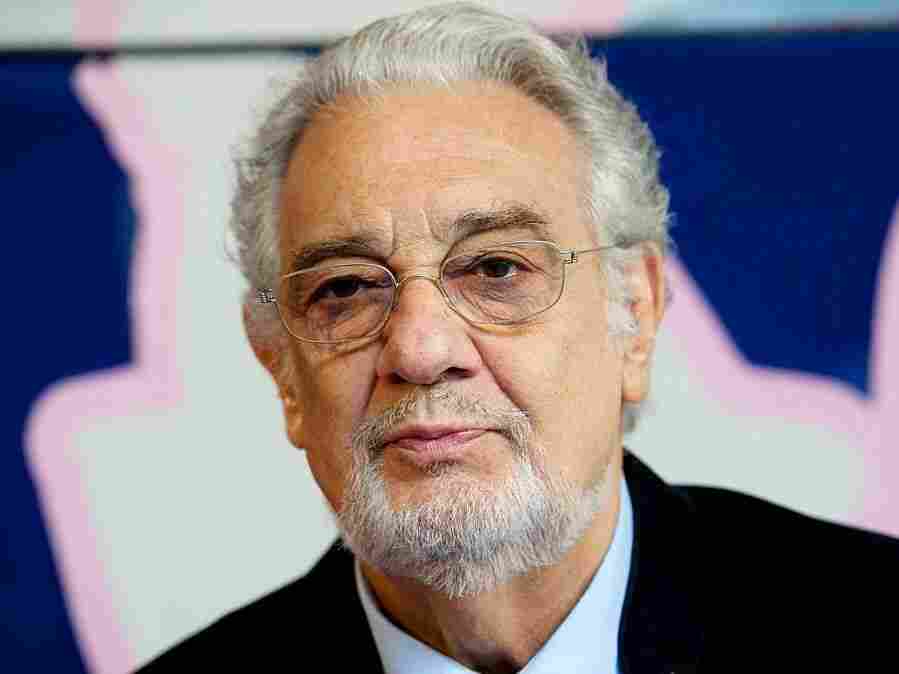 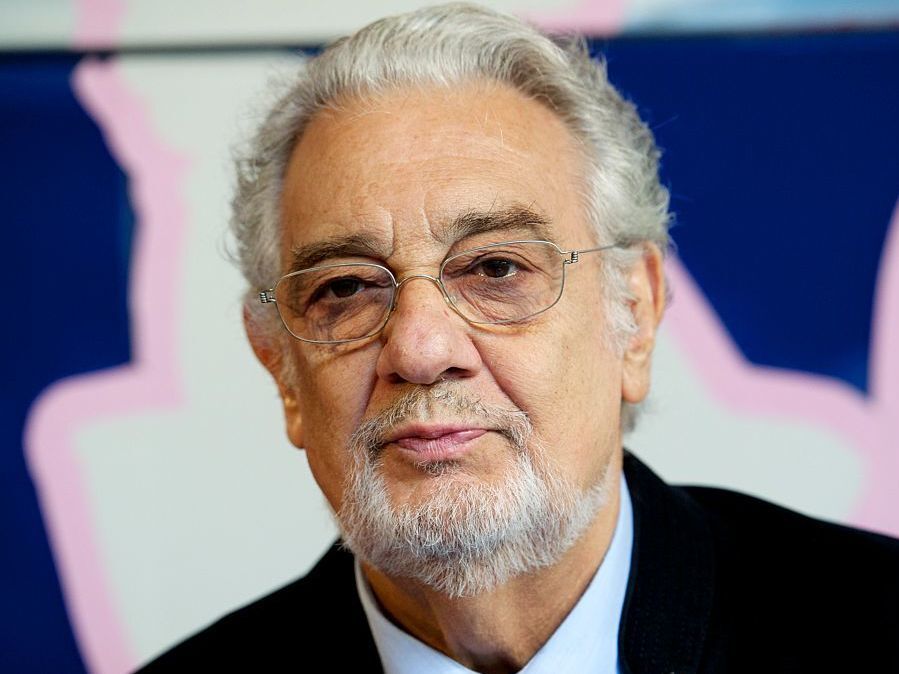 Plácido Domingo at an event in Madrid, Spain in 2016.

In a sharp turn from the public apology he issued two days ago, opera star Plácido Domingo offered a new statement on Thursday regarding allegations of sexual misconduct against him.

Saying that he wants to "correct the false impression generated by my apology," he insisted that "I have never behaved aggressively toward anyone, and I have never done anything to obstruct or hurt anyone's career in any way." In the statement, he also withdrew from planned performances of Verdi's opera La Traviata at Madrid's Teatro Real scheduled for May — hours before the company's executive committee was reportedly scheduled to meet to discuss disinviting him.

On Tuesday, the singer had said that he was "truly sorry" and that he accepts "full responsibility for his actions," on the same day that the union that represents opera performers in the U.S., the American Guild of Musical Artists (AGMA), put out a statement saying that an investigation it commissioned found that Domingo had "engaged in inappropriate activity, ranging from flirtation to sexual advances, in and outside of the workplace."

But after Tuesday's declaration of remorse, Domingo lost bookings at Madrid's National Theater of Zarzuela. Spain's Ministry of Culture and Sports, through its National Institute of Performing Arts and Music, canceled scheduled performances by the singer in May, saying that it was necessary "given the seriousness of the events and following the statements of Placido Domingo in which he assumes the 'full responsibility for his actions.'"

Early Wednesday, another woman — soprano Luz del Alba Rubio — came forward to The Associated Press, saying that Domingo had pressured her for a sexual relationship repeatedly when they were working together at the Washington National Opera. She told the AP that Domingo's apology had encouraged her to speak out. Rubio is the 21st woman to accuse Domingo publicly.

In the latest blows to Domingo's reputation in his home country, the Spanish newspaper El País reported on Thursday afternoon that the board of trustees of Palau de les Arts Reina Sofia in the city of Valencia, one of the country's most prominent performing arts organizations, has decided to remove Domingo's name from its young artists training program. Additionally, El País reported, he was also removed from another May performance at the Úbeda International Music and Dance Festival, which was his only remaining performance in Spain.

Domingo's newest statement, which was issued Thursday via his spokesperson, reads in full: "I feel I must issue a further statement to correct the false impression generated by my apology in some of the articles reporting on the AGMA investigation."

"My apology was sincere and heartfelt, to any colleague who I have made to feel uncomfortable, or hurt in any manner, by anything I have said or done. As I have said it repeatedly, it was never my intention to hurt or offend anyone."

"But I know what I have not done and I'll deny it again. I have never behaved aggressively toward anyone, and I have never done anything to obstruct or hurt anyone's career in any way. On the contrary, I have devoted much of my half century in the world of opera supporting the industry and promoting the career of countless singers."

Domingo continued: "I am grateful to all the friends and colleagues that, up until now, have believed in me and supported me through these difficult moments. In order to spare them harm or any additional inconvenience, I have decided to withdraw from my upcoming performances of La Traviata at the Teatro Real in Madrid."

"Furthermore, I will withdraw from the engagements in which theaters and companies find it difficult to carry out those commitments. On the other hand, I will fulfill all my other commitments wherever circumstances permit it."

Meanwhile, AGMA, the American union which announced that it had substantiated Domingo's "inappropriate behavior," is plagued by infighting over the Domingo report. AGMA's senior leadership is currently trying to find the sources who spoke to various media organizations about the report, and about a planned financial deal with Domingo as part of the investigation's conclusion, saying that the sources broached "fiduciary responsibility" to the union.

Early Tuesday, the AP published some details from the investigation. (The AP report stated that the investigators spoke with 27 accusers and witnesses who described alleged episodes over the course of about 20-years. NPR has since confirmed the AP's report.)

On Tuesday morning, NPR reported that senior AGMA leadership sent an email to its officers and national board of governors referencing a planned $500,000 settlement with Domingo. Domingo and his representatives walked away from that agreement after the AP published its reporting, saying that confidentiality had been broken.

In part, the Tuesday email to AGMA's officers and board read: "Based on this flagrant breach of confidentiality, Domingo's counsel has withdrawn the agreement, which was expressly premised on AGMA's promise to maintain confidentiality over the details of the investigatory report."

In an interview with NPR recorded Tuesday night, AGMA's national executive director, Leonard Egert, asserted that the money was instead a disciplinary fine that had been negotiated with Domingo and his team, and not tied to the report's confidentiality.

That Tuesday email was signed by Egert and Raymond Menard, AGMA's president. Along with his work at the union, Menard is the production stage manager at the Metropolitan Opera, the American company with which Domingo was closely associated for more than 50 years until last September.

The singer and the New York opera company parted ways in the wake of the then 20 women's allegations against Domingo and, as NPR reported at the time, the publicly expressed discomfort some Met employees had about working alongside him. After those reports were published, Domingo said that he would never again appear at the Met.

Additionally, NPR has obtained a separate AGMA email which multiple sources confirm Egert sent to each of AGMA's officers and board of governors on Wednesday.

In that email, titled "Confidential AGMA Board Inquiry: Response Required," Egert wrote that AGMA is "investigating the source(s) of the recent leaks to the press" — specifically referencing NPR as well as the AP.

In that communication, Egert laid out seven questions to the union's roughly 80 officers and board members after reminding them of their "fiduciary responsibility" to AGMA. All of the questions, which the board and officers are required to answer, seek to find the sources who had spoken to NPR, the AP and other media outlets.