Accessibility links
Olympic Officials Dismiss 'Speculation' That Coronavirus Could Disrupt Tokyo Games The statement comes in response to remarks made earlier this week by a longtime International Olympic Committee member who suggested a late May deadline to decide the fate of the Tokyo Games. 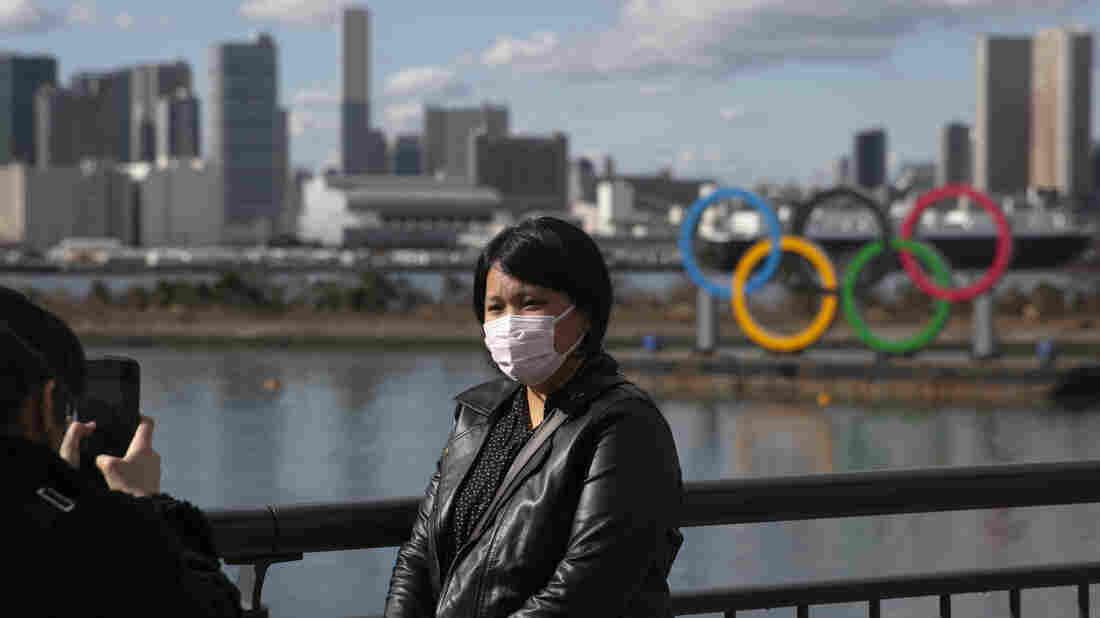 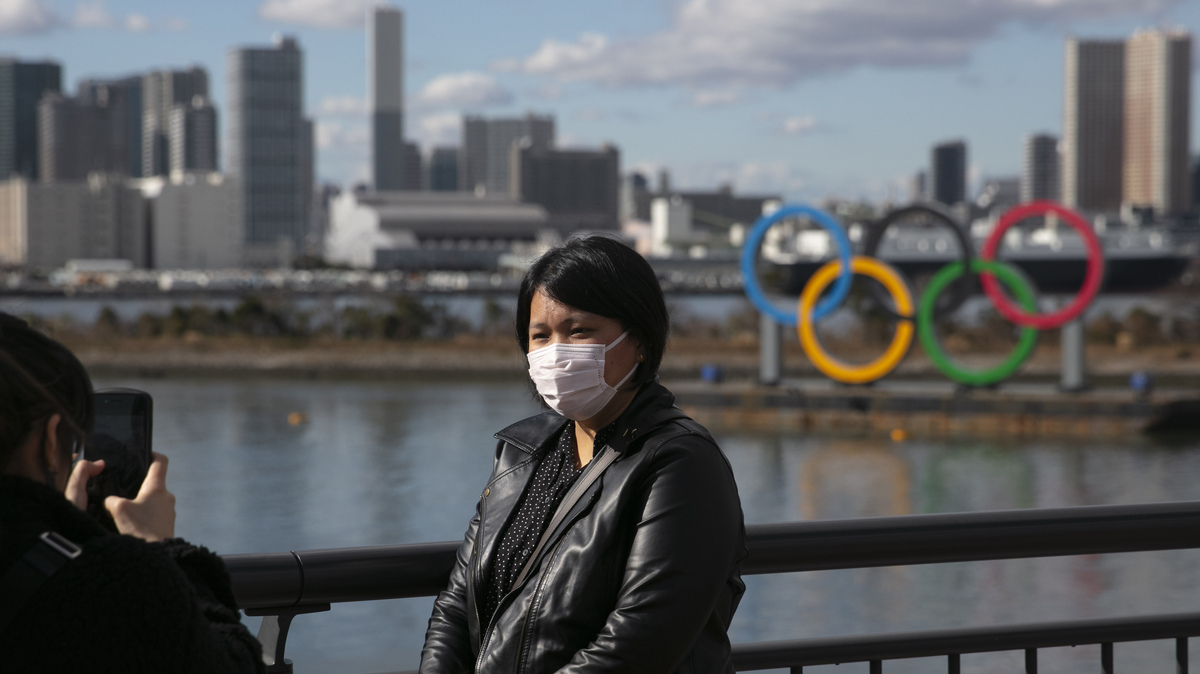 A tourist wearing a mask poses for a photo with the Olympic rings in the background, at Tokyo's Odaiba district, in a photo taken last month.

The organizers of the 2020 Tokyo Olympics pushed back on "speculation" that the novel coronavirus epidemic could lead to the cancellation of the Summer Games, after an IOC official appeared to suggest otherwise.

"The rest is speculation," it said.

The Tokyo Organizing Committee said that countermeasures against infectious diseases are an important part of its plans to host safe and secure Games.

In an emailed statement to NPR, the International Olympic Committee also confirmed that "preparations for the Olympic Games Tokyo 2020 continue as planned."

"The IOC is in contact with the World Health Organization, as well as its own medical experts. We have full confidence that the relevant authorities, in particular in Japan and China, will take all the necessary measures to address the situation," it said.

The statements come in apparent response to remarks made to The Associated Press earlier this week by longtime International Olympic Committee member Dick Pound. In an interview with the AP, the former Olympic swimmer estimated that officials would have until late May to decide on the fate of the Tokyo Games, which are scheduled to begin on July 24.

His comments to the news agency caused an uproar in the sporting world and forced an almost immediate response from organizers in Tokyo and the Japanese government.

Pound, who is also the former head of the World Anti-Doping Agency, told NPR on Wednesday that such a decision would require a worsening of the epidemic.

He said that right now, the assumption is that the Games would go ahead as planned, but that "not even considering the possibility that changes might be required" would be negligent.

Pound further explained that the deadline of late May, which he mentioned in the AP interview, is not a fixed date. It all depends on how the next few months play out, he said.

However, it its statement, the Tokyo Organizing Committee said that Pound's three-month window "is not necessarily the IOC's collective view."

Meanwhile, Japan's Prime Minister Shinzo Abe on Wednesday asked organizers of large sporting and cultural events scheduled for the next two weeks to consider canceling or postponing them. On Thursday, Abe took the additional step of ordering public schools in Japan to close as a precaution against the further spread of the virus.

The coronavirus outbreak, which has disrupted global travel and trade, began in December in central China. Worldwide, the epidemic has caused more than 80,000 people to become infected and killed some 2,700 globally — the vast majority of them in mainland China. In Japan, officials say more than 200 people have become infected with the coronavirus and at least five people have died from COVID-19, the disease caused by the virus.

The epidemic has also forced the cancellation or postponement of many high-profile events, including several sporting events.

Even so, moving or postponing an individual sporting event is much easier, logistically, than doing so for a multi-sporting event such as the Olympics, Pound says, adding that "the health and safety of the athletes" must take precedence over "commercial aspects."

If the Games were cancelled, it would "be a big hit to the financial situation of the IOC, the National Olympic Committees and the international federations," he told NPR. "But the first priority, as far as I'm concerned, and I'm sure the IOC generally would share [this view is] that ... you have to protect the team members from additional risk."

Australian IOC member John Coates is quoted by the Sydney Morning Herald as saying that the committee has an emergency fund of about $900 million, meaning the funding for member sports and National Olympic Committees would continue in the unlikely event that the Games were canceled.

He also noted that it wouldn't be the first time that Olympic Games might fall victim to global events. The 1916, 1940 and 1944 Summer Games were canceled because of the last century's two world wars. Coates also pointed to the more recent boycotts of the 1980 Moscow Games and the 1984 Los Angeles Games due to Cold War tensions.

Pound believes that postponing the Games until 2021 would be an insurmountable challenge. It would require the commitment of everyone involved, hotels, volunteers, sporting federations, government officials and the public. They all would have to be in agreement over a potential move, he said.

The official budget for the Tokyo Olympics stands at $12.6 billion, which is far more than its original $7.3 billion estimate, according to latest update from local organizers. But a recent report by Japan's National Audit Board put the Games' overall cost at about $28 billion.