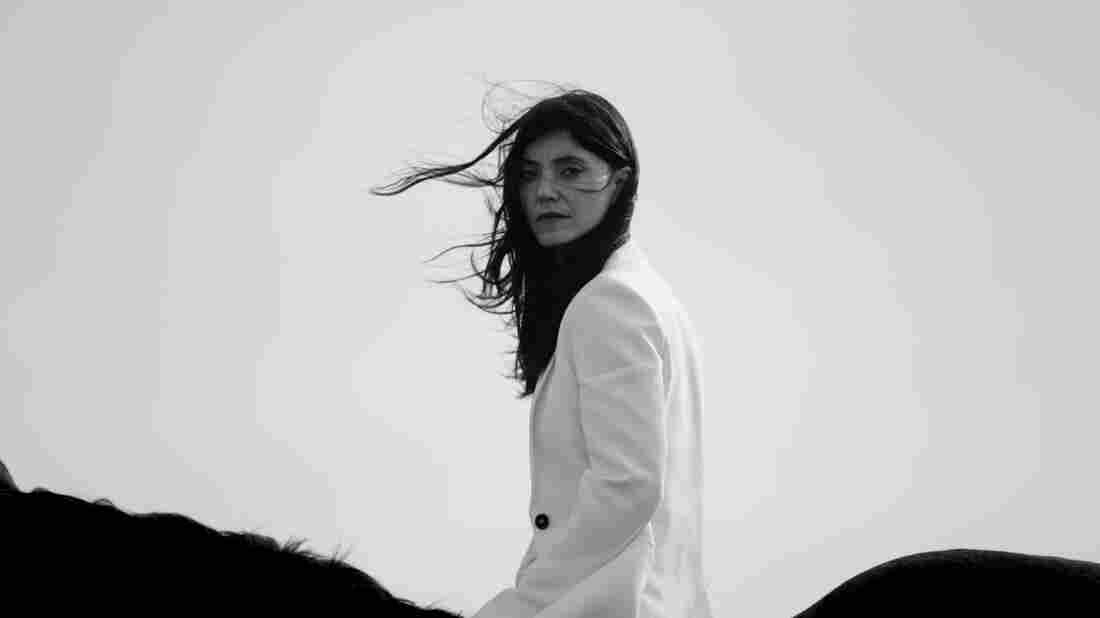 Sharon Van Etten astride a horse for her "Beaten Down" video. YouTube hide caption

Sharon Van Etten on a horse. That's it. That should be enough to watch the video for "Beaten Down," which is one of the best songs of the month alongside cuts by Young Nudy, Coriky and Sam Hunt.

Below you'll find an alphabetized list of NPR Music's top 20 songs of February 2020. Be sure to check out our top 10 albums from the month, too.

Boldy James & Alchemist, "Scrape the Bowl (feat. Benny the Butcher)"
♬ APPLE / SPOTIFY
The Detroit/Buffalo connection is in full swing as Boldy and the Butcher trade bars over some eerie boom bap, courtesy of the Alchemist. — Bobby Carter

Cam, "Till There's Nothing Left"
♬ APPLE / SPOTIFY
The first single from Cam's sophomore record – matched by its apocalyptic video – is a powerful testament to losing yourself to love like there's no tomorrow. — Marissa Lorusso

Christine and the Queens, "People, I've been sad"
♬ APPLE / SPOTIFY
The laws of love have a certain reciprocity. "If you fall apart, then I'm falling behind you," Chris sings in this elastic ode to absence. — Cyrena Touros

Daughter of Swords, "Prairie Winter Wasteland"
♬ APPLE / SPOTIFY
Daughter of Swords breathes life into an austere, frozen landscape on this Jeff Tweedy-produced track, where sparse instrumentals signal the perseverance of energies both earthly and abstract through the Minnesotan winter. — Emma Bowers

Dogleg, "Kawasaki Backflip"
♬ APPLE / SPOTIFY
The opening track of Dogleg's forthcoming album Melee burns like a controlled blaze: With pummeling guitars, it's incendiary and explosive, but at just 2:30, it's also compact and purposeful. — Lyndsey McKenna

Jon Hopkins, "Scene Suspended"
♬ APPLE / SPOTIFY
Despite releasing a disappointing album last year — which was pitched as the fruit of a vision quest embarked upon over the preceding years — Jon Hopkins clearly remains a brilliant pianist, with a gift for locating distant, galaxial melodies. — Andrew Flanagan

Lido Pimienta, "Eso Que Tu Haces"
♬ APPLE / SPOTIFY
A soaring celebration of Colombian Afro-Indigenous communities and a vindication for anyone whose oppression has been justified by "love." — Stefanie Fernández

Sam Hunt, "Hard to Forget"
♬ APPLE / SPOTIFY
While the woman in question may be the one playing hard to forget, so's Mr. Hunt himself, with a Song of the Summer-contending singalong chorus and that sly "There Stands the Glass" sample. — Lyndsey McKenna

William Prince, "Leave It By the Sea"
♬ APPLE / SPOTIFY
The country singer from Canada (Peguis First Nation) with the warm, velvety baritone offers a wistful meditation on both the power and problems of letting go. — Tom Huizenga

Young Nudy, "Blue Cheese Salad"
♬ APPLE / SPOTIFY
With a taste for the weird, the East Atlanta rapper drawls and cackles over a trap beat that is somehow both hard and twee at once. — Lars Gotrich