Accessibility links
StoryCorps: 1st Black Woman In The Coast Guard Reflects At 103 Olivia Hooker advocated for the military to open its doors to women of color. But even after policies started to change, "nobody seemed to be joining," she said. So she decided to join herself. 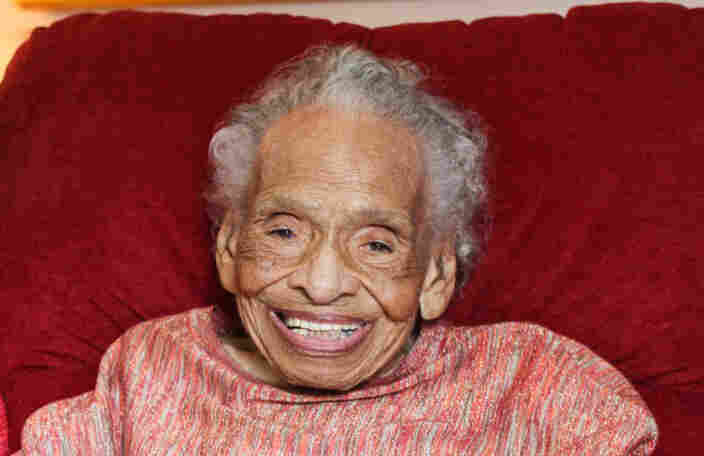 In her StoryCorps interview in September 2018, Olivia Hooker talked about her experience as the first black woman to enter the Coast Guard. Afi Yellow-Duke/StoryCorps hide caption 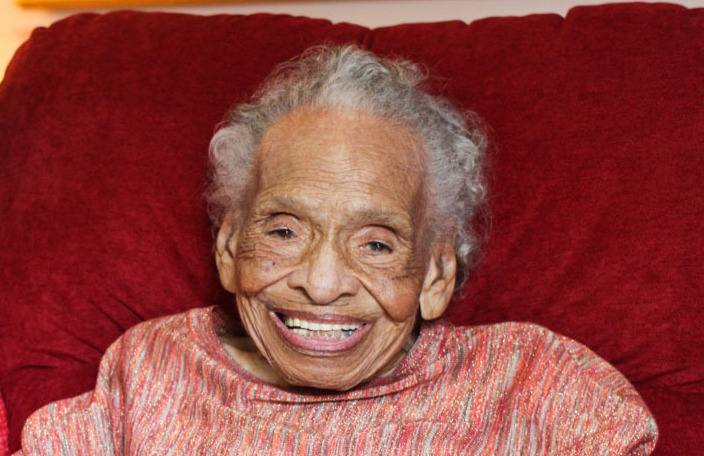 In her StoryCorps interview in September 2018, Olivia Hooker talked about her experience as the first black woman to enter the Coast Guard.

Olivia Hooker was a 6-year-old in Tulsa, Okla., when a race riot destroyed her community as well as her own home.

In less than 24 hours, mobs of white men destroyed more than 1,000 homes and businesses in the Greenwood District, an affluent African American neighborhood of Tulsa. It's estimated as many as 300 people were killed.

As they wrecked her own home, she and her three siblings quietly hid under a dining room table, careful not to make a sound.

The Tulsa Race Riot is considered one of the worst race riots in American history. Living through it inspired Hooker to fight for civil rights.

Hooker was also the first African American woman to join the Coast Guard. She talked about that part of her life in an interview at StoryCorps in 2018; she died just two months after it was recorded, at 103 years old.

"I had not yearned for military life," she admitted. "The only reason I was there was that we had campaigned for women in military and nobody seemed to be joining."

While at Ohio State University, she and her sorority sisters championed to get the Navy to open its doors to African American women. Hooker applied to the women's branch of the U.S. Navy, also known as the Women Accepted for Volunteer Emergency Service (WAVES), but she was rejected. The Navy began allowing women of color to join in 1944. Even though the ban was lifted, the composition of Navy was slow to change. Hooker figured, "it's a shame to battle for our civil rights and then have no one take advantage of it," she told the American Psychological Association's Monitor magazine.

So she did. She joined the Coast Guard a few months after the military branch officially let in African American women. She served until her unit disbanded the following year.

When she applied for Coast Guard, she says, she didn't know anything about boats.

"I was assured that I would never do any job but scrub decks and wash big pots and pans," she said. 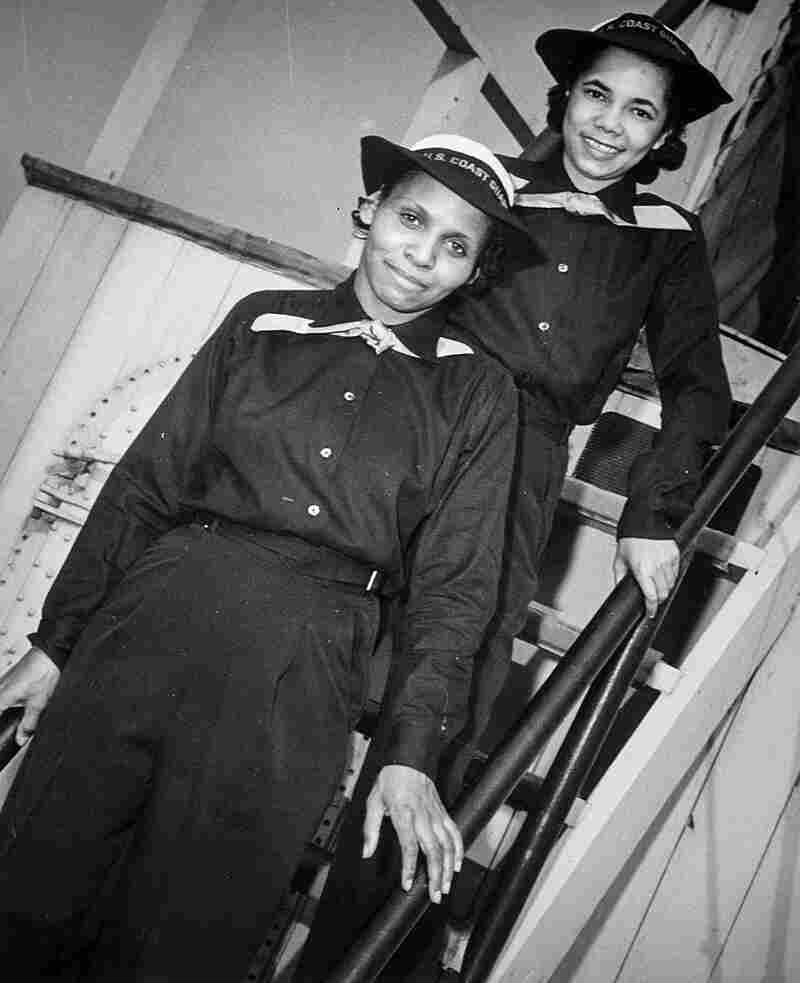 Olivia Hooker (front) with Aileen Anita Cooks (behind) are seen in March 1945 on the USS Commodore, during boot training at Manhattan Beach in Brooklyn, N.Y. The U.S. Coast Guard hide caption 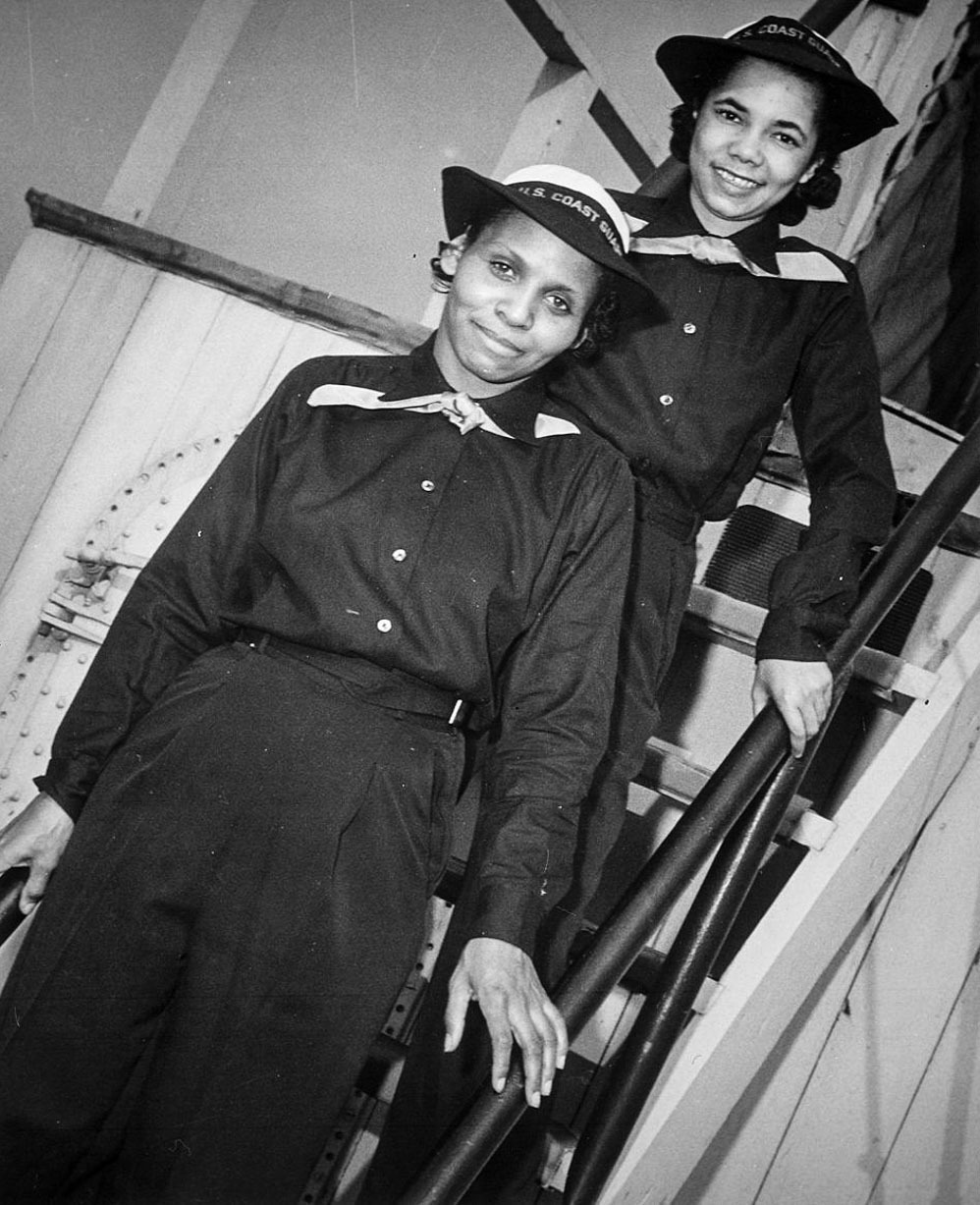 Olivia Hooker (front) with Aileen Anita Cooks (behind) are seen in March 1945 on the USS Commodore, during boot training at Manhattan Beach in Brooklyn, N.Y.

It turned out to be much more than that. In the Coast Guard, getting to socialize with women outside of her race was a new experience for Hooker.

"There were girls from so many places," she said. "It was so interesting to hear their tales, there were so many things that really impressed me at how different life was in an African American home."

After World War II ended, she returned to civilian life and went on to earn her doctorate in psychology in 1961. She also helped to found the Tulsa Race Riot Commission, working to ensure that victims of racism and violence are not forgotten.