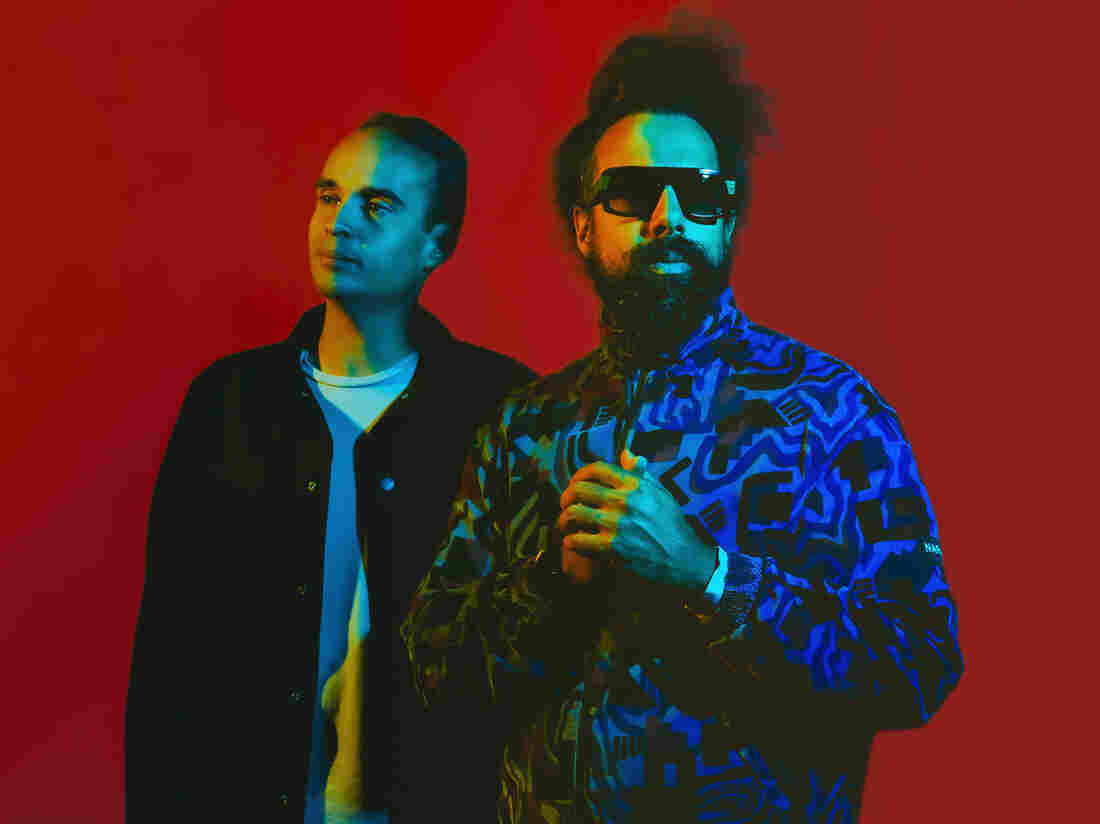 Wajatta is a sort of musical odd couple: John Tejada (left) is a meticulous electronic composer and Reggie Watts (right) improvises all his music. Their album, Don't Let Get You Down, is out now. The1point8/Courtesy of the artist hide caption

toggle caption
The1point8/Courtesy of the artist 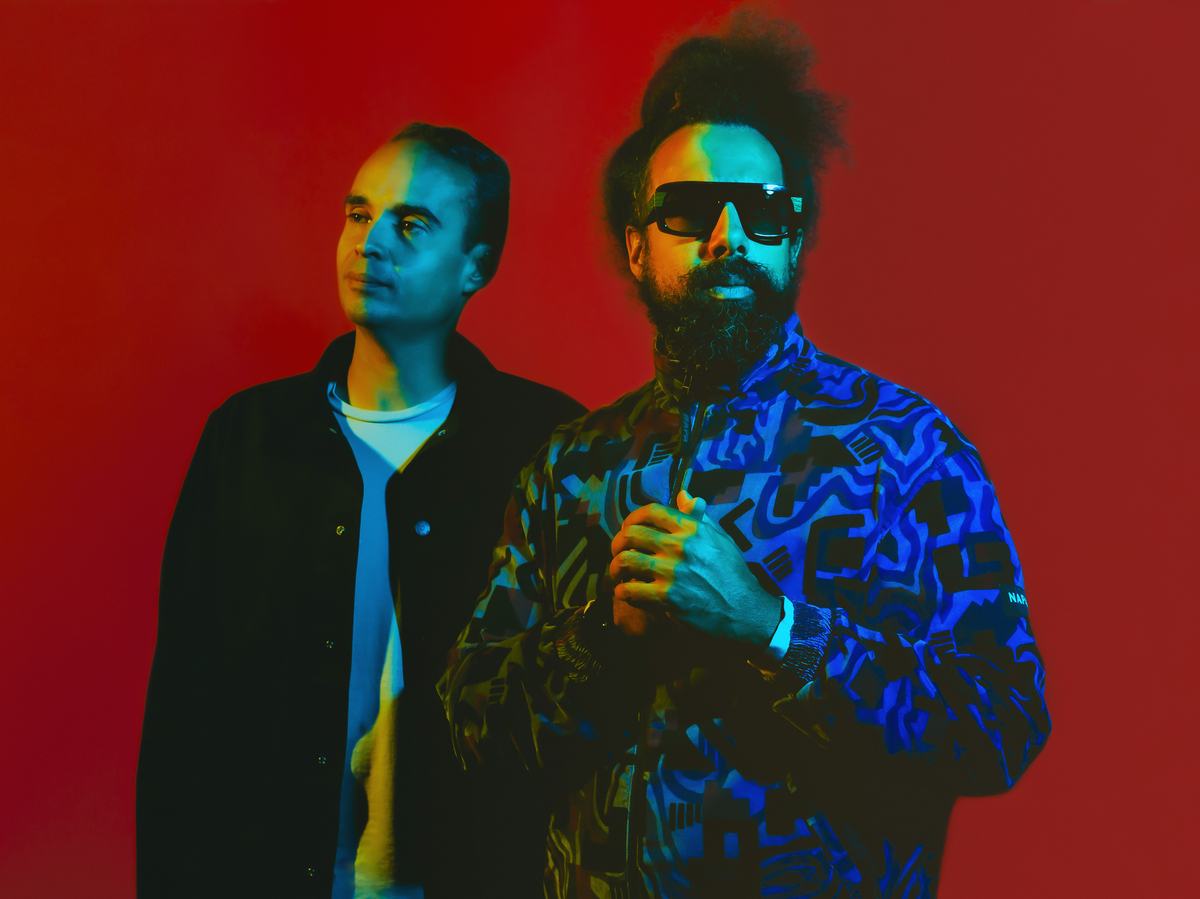 Wajatta is a sort of musical odd couple: John Tejada (left) is a meticulous electronic composer and Reggie Watts (right) improvises all his music. Their album, Don't Let Get You Down, is out now.

On paper, Wajatta is a musical pairing that shouldn't work. The duo is composed of Reggie Watts, a fly-by-the-seat-of-his-pants improviser, and John Tejada, a meticulous electronic composer. Despite seeming like a bit of an odd couple, Don't Let Get You Down, their second collaboration, was just released today.

It is hard to describe Reggie Watts exactly. Currently the bandleader for The Late Late Show with James Corden, he started his career as a comedian with a particular skill: a sort of absurd stream of consciousness. He created intricate improvised pieces of music by looping wordless vocals live, like in his 2012 TED talk.

"I just add drums, bass, rhythmic elements," Watts explains. "I riff over that. Sometimes I'll discover a melody, I'll add that to the loop. And then I'll harmonize over that to create kind of a chorus or a hook. So I guess you'd call it 'live production.' "

It's fascinating to watch, and carved out a unique niche for Watts in the comedy world; but he wasn't quite satisfied.

"I'd always wanted to make proper dance music, like techno/house kind of realm. I have always been trying to do [that with] my own electronic projects, but not quite getting the sounds right," he says. "It was always a dream to be recognized by the scenes that I really dug."

Enter John Tejada, who The Los Angeles Times has called "one of the most important figures in LA dance music for a couple decades." The two met at one of Tejada's club gigs, and he agreed to help Watts hone his sound and build upon some of his improvised loops. Together, they became Wajatta.

A lot of electronic dance composers can spend months obsessing over one song. John Tejada decided to fight that instinct and be with Reggie Watts in the moment.

"Our sort of mantra is like: Art shouldn't be painful," Tejada says.

The Wajatta process takes advantage of the two members' skill sets. A song might start with a simple Tejada beat — and then Watts lets his creativity take over.

"I think initially it's sort of like throwing paint on the canvas and then seeing where we're at," Tejada says. "And then once the canvas gets kind of full, we have the ability to edit and tweak. It's hours of fun, and it's just tons of material."

With Tejada's grounding in composition, Watts now had the missing element he needed to make the music he'd dreamed of.

"I just never had the patience because I'm more interested in, like, 'Oh, this is a cool idea! Oh, how about this idea!' " Watts says. "So with John, it was very refreshing to know that he's like, 'No, that's all I need. Cool, I'll see you later.' ... And then we have a bad-ass track."

And while the improviser Watts took advantage of Tejada's precise and thorough nature, Tejada says he learned a valuable lesson from Watts' approach.

"I remember one time we were having a chat, and he came up with this great idea — as he does. I just looked at him like 'How are we gonna do that?' " Tejada remembers. "He just looked at me and says, 'Yeah, we're just going to do it.' That actually really stayed with me.

"Ever since then," he continues, "if something seems really difficult, I just sort of think of him going, 'Yeah, we're just gonna do it.' That's kind of a small transformation for me."

Don't Let Get You Down is out now on Brainfeeder.