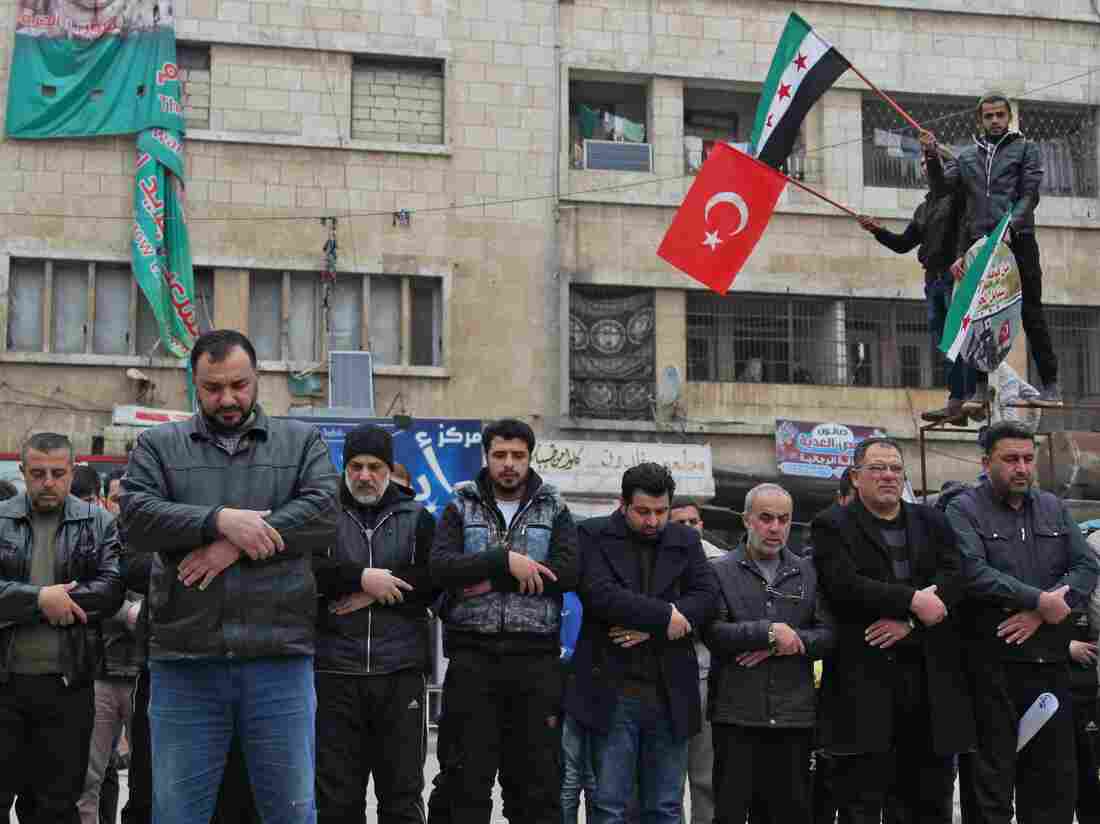 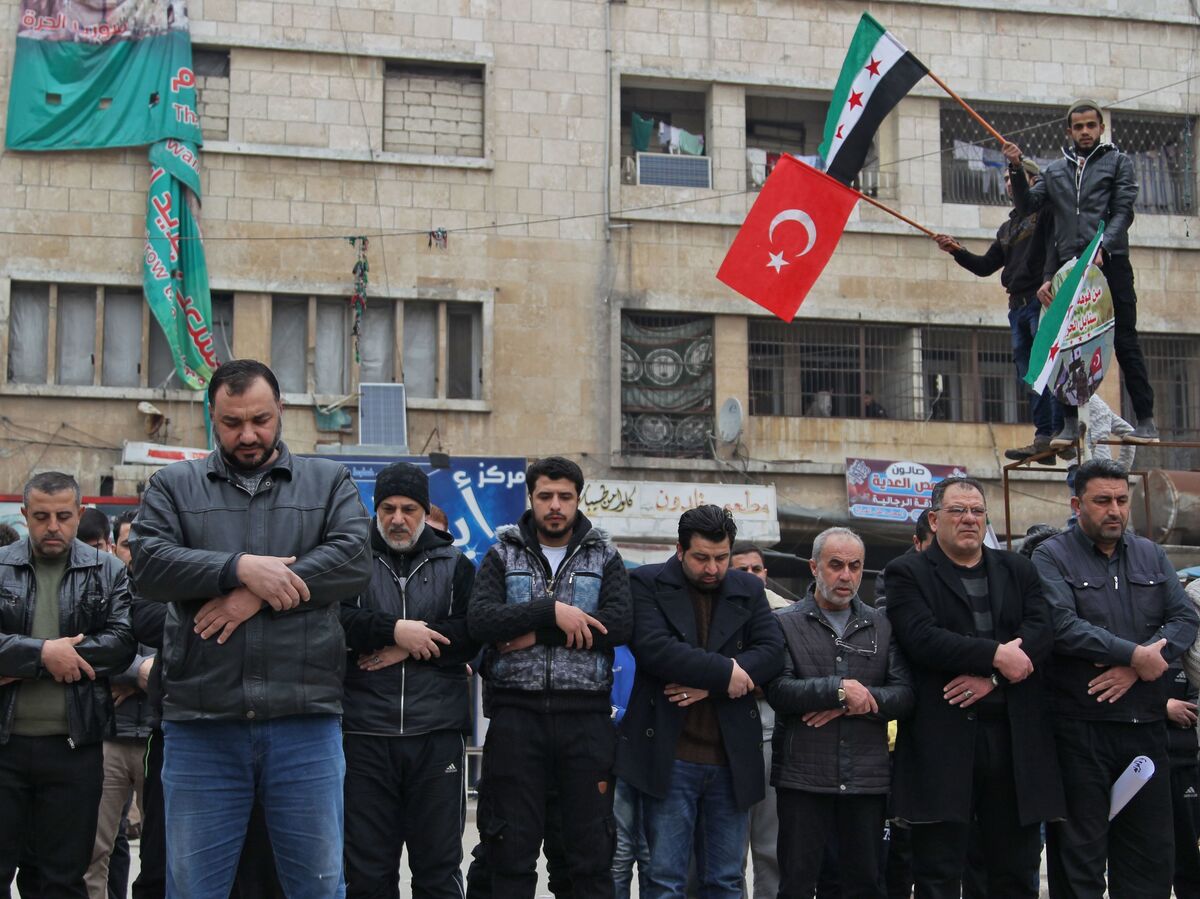 NATO is condemning "indiscriminate air strikes by the Syrian regime and Russia," Secretary General Jens Stoltenberg said, after 33 Turkish soldiers died in an attack near Idlib on Thursday. The bombing caused Turkey to request an urgent NATO security meeting that was held Friday.

The NATO meeting was held in solidarity with Turkey, which says the troops were killed in an area where Russian-backed Syrian forces are fighting anti-regime militants. Russia denies playing a role in the strike, which came after weeks of heightened violence in Idlib province.

"I call on them to stop their offensive, to respect international law and to back U.N. efforts for a peaceful solution," Stoltenberg said. "This dangerous situation must be de-escalated."

Stoltenberg did not lay out any changes NATO might make to its current security arrangement in the area. But Turkey says its military struck 200 Syrian regime targets Friday in retaliation for the strikes.

"This attack occurred even though the locations of our troops had been coordinated with Russian officials in the field," said Defense Minister Hulusi Akar, according to Turkey's state-run Anadolu Agency.

Turkey requested the NATO meeting under Article 4 of the organization's founding treaty. The provision allows any ally to "request consultations whenever, in the opinion of any of them, their territorial integrity, political independence or security is threatened."

Russia's Defense Ministry says its military did not conduct any airstrikes in the area where the Turkish soldiers were killed, NPR's Lucian Kim reports from Moscow.

On Thursday, Russia's foreign ministry acknowledged that the country's air force is supporting the Syrian army's "Dawn over Idlib" operation. But the agency also said the offensive "focuses exclusively on the terrorists who are holed up in the deescalation zone."

Turkish President Recep Tayyip Erdogan spoke with Russian President Vladimir Putin by phone on Friday, in a conversation that the Kremlin says included a "substantive exchange of views" on Syria and an agreement to improve coordination between Russia's and Turkey's defense ministries.

"The two leaders have a thorny relationship," Kim reports from Moscow. "Putin has sold Erdogan an advanced air defense system and last month opened a natural-gas pipeline from Russia. But in 2015, Russia nearly went to war after Turkey shot down a Russian fighter plane."

In Friday's phone call, Putin and Erdogan agreed to look at the possibility of "soon holding a meeting at the highest level," the Kremlin says.

Stoltenberg said Turkey's NATO allies are "constantly looking" for ways to support Turkey, as a bloody and destabilizing civil war plays out in neighboring Syria. He added that the group will continue to augment Turkey's air defense, to prevent missile attacks from Syria.