Accessibility links
House Dems Say They're Investigating Political Influence At Justice Department Judiciary Committee Chairman Jerry Nadler, D-N.Y., has asked for access to witnesses and documents as part of what he calls a look into whether the White House has been interfering with justice. 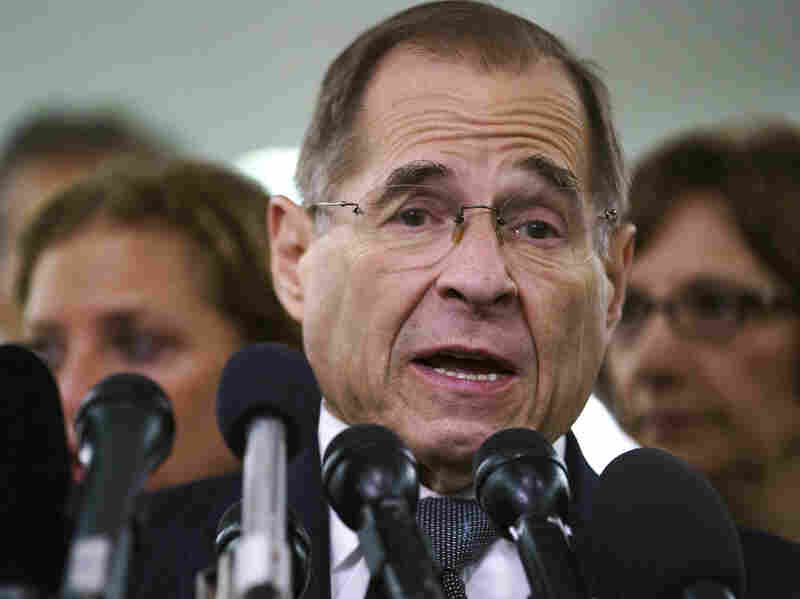 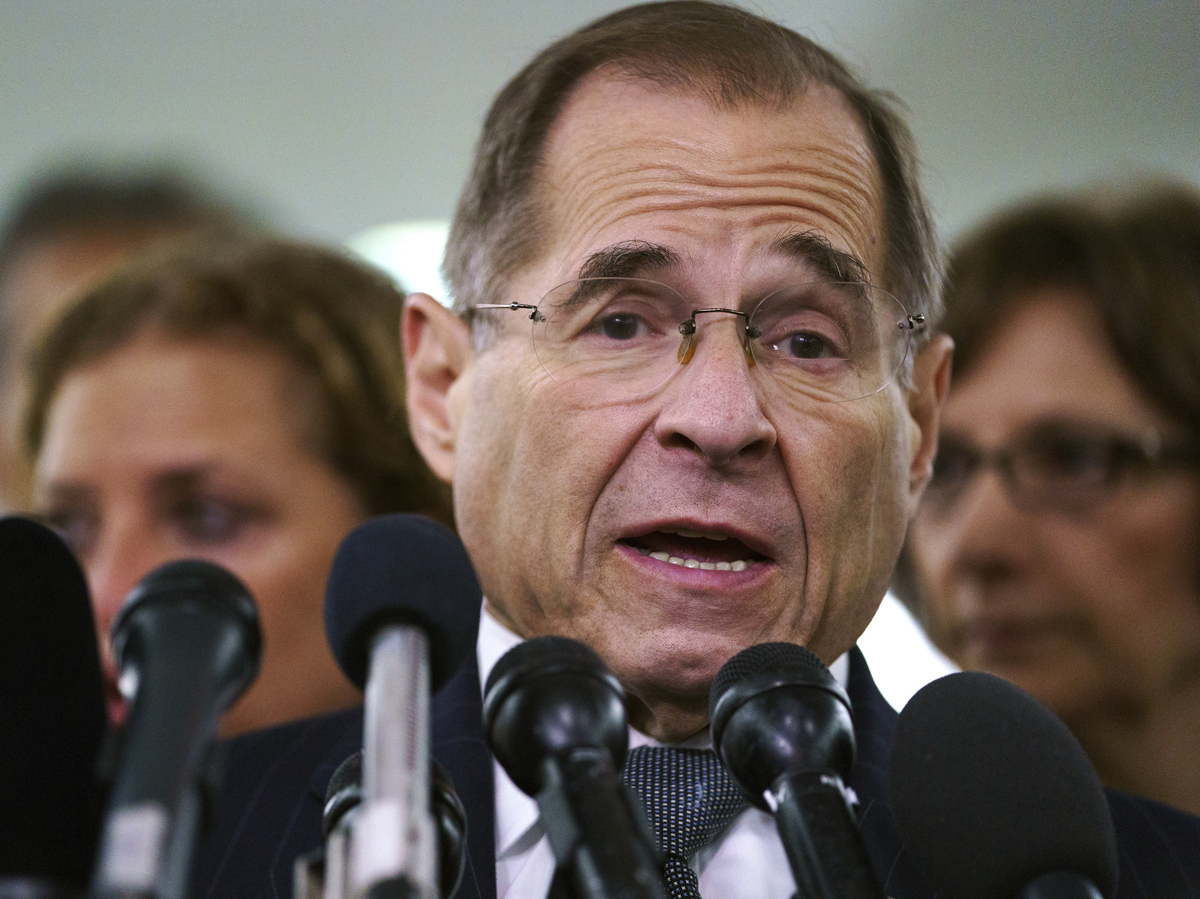 House Judiciary Committee Chairman Jerry Nadler, D-N.Y., wants access to witnesses and documents as part of a look into potential political influence at the Justice Department.

House Democrats on Friday asked the attorney general to turn over documents and to permit more than a dozen current and former employees to testify in connection with a probe of "improper political interference" at the Justice Department.

House Judiciary Committee Chairman Jerry Nadler made the request in a four-page letter to Attorney General William Barr — the latest chapter in a tumultuous stretch for the Justice Department that has raised concerns on Capitol Hill and in the legal community about the possible politicization of the department.

The catalyst for those concerns was Barr's decision to overrule career prosecutors to request a lighter sentence for President Trump's longtime friend, Roger Stone, hours after the president tweeted that Stone was being treated unfairly.

The four Justice Department attorneys who prosecuted Stone then quit the case.

The cascade of events around Stone's sentencing touched off fierce criticism of Barr's leadership of the department. More than 2,000 former DOJ employees have signed a letter calling on him to resign.

Even Barr himself asked Trump to stop commenting about the work of the Justice Department. The president has not.

The top Republican on Nadler's committee, Georgia Rep. Doug Collins, said the majority's request of Barr was a political "distraction" from what he called the work Democrats aren't willing to try to accomplish.

The Democrats’ request today is another attempt to distract from the job they’ve failed to do:

They only care about taking down President @realDonaldTrump. https://t.co/BkM9irXynT

The Justice Department declined to comment Friday on Nadler's request.

A number of concerns

Stone's sentencing is one of four matters of concern that Nadler lists in his letter.

The other three relate to the case against the president's first national security adviser, Michael Flynn; the department's opening a series of inquiries into career law enforcement officials and investigations tied to Trump and the 2016 election; and the department's handling of the whistleblower complaint related to Ukraine that led to the president's impeachment.

He also reiterates the panel's concerns about possible political interference in decisions made by the department's anti-trust division, including in the Time Warner-AT&T merger.

Nadler's committee wants interviews with 15 current or former Justice Department employees, including the four prosecutors who withdrew from the Stone case. One of those four, Jonathan Kravis, quit the department entirely.

The letter asks for copies of documents and communications between the president or administration officials with the Justice Department related to the cited cases.

It also asks the department to provide a description of every example in the past 10 years in which senior department officials have overruled a sentencing recommendation out of a U.S. Attorney's Office.

Nadler said he's mindful of the sensitive nature of some of the requested materials, and added that the committee is willing to work with the department on a compromise, if necessary. He set a deadline of March 13 for the department to respond.

Barr: 'Door Is Open' To Giuliani Tips On Ukraine, Though They'd Be Scrutinized

Barr is scheduled to testify before the committee on March 31, and lawmakers had already made clear that they intend to push the attorney general for answers on these topics.

Barr has defended his handling of Stone's sentencing recommendation, but did push back against the president over his frequent public statements about ongoing Justice Department cases.

The president's comments, he said, make it "impossible" for Barr to do his job.