Accessibility links
Federal Court Suspends Injunction On Trump's 'Remain In Mexico' Program The Ninth Circuit Court of Appeals first ruled to uphold a lower-court's injunction on the controversial policy, but later the same day voted to suspend its own order to allow more time for arguments. 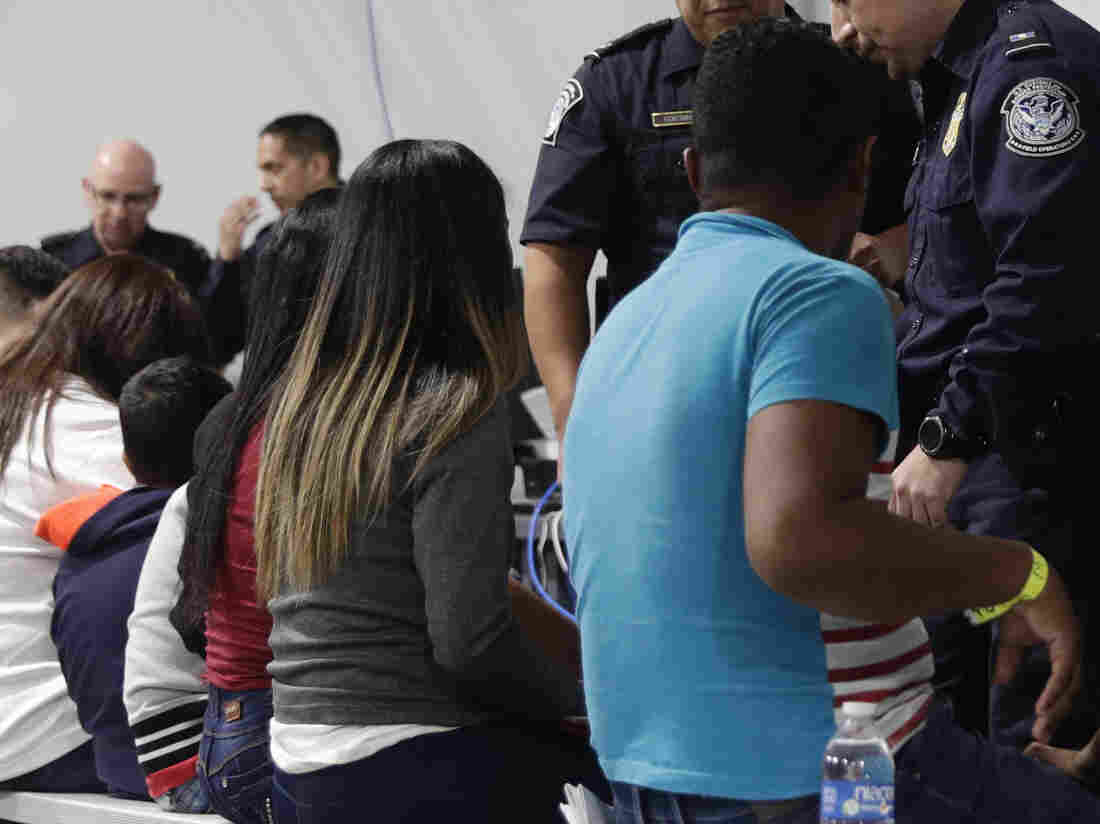 Migrants, pictured in September 2019, apply for asylum in the United States in a tent courtroom in Laredo, Texas. On Jan. 2, the U.S. government began sending asylum-seekers back to Nogales, Mexico, to await court hearings that will be scheduled roughly 350 miles away in Juarez, Mexico. Eric Gay/AP hide caption 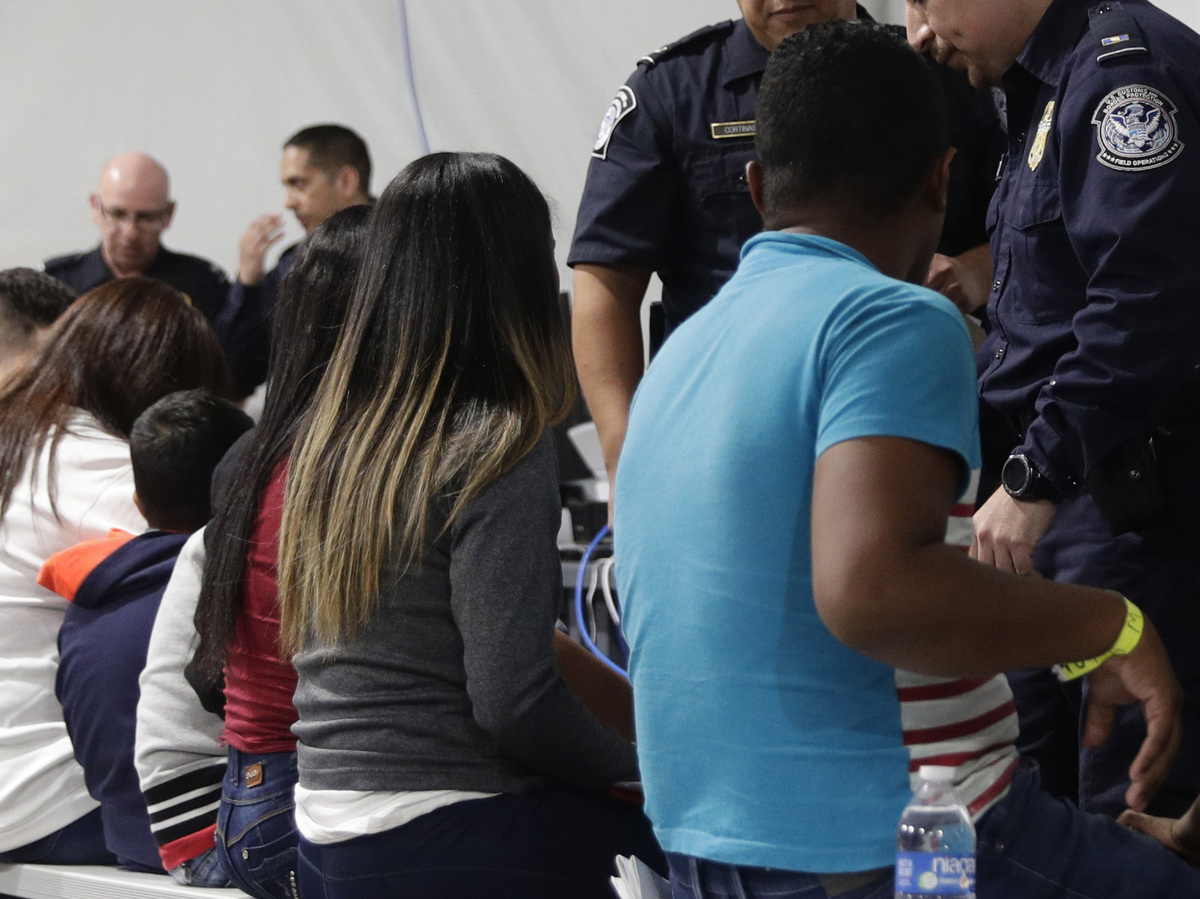 Migrants, pictured in September 2019, apply for asylum in the United States in a tent courtroom in Laredo, Texas. On Jan. 2, the U.S. government began sending asylum-seekers back to Nogales, Mexico, to await court hearings that will be scheduled roughly 350 miles away in Juarez, Mexico.

A federal appeals court in California on Friday briefly blocked the Trump administration's "Remain in Mexico" program, seemingly dealing a blow to the president's controversial policy requiring asylum seekers to wait in Mexico for their day in U.S. immigration court.

But within hours, a three-judge panel voted unanimously to suspend its own order, giving the government until the end of Monday to respond with written arguments and plaintiffs until the end of Tuesday.

Earlier Friday, the Ninth Circuit Court of Appeals ruled 2 to 1 to uphold a lower-court's injunction on the program, also known as the Migrant Protection Protocols, or MPP. Judges said the policy "is invalid in its entirety due to its inconsistency with" federal asylum law.

"It should be enjoined entirely," the judges had said before voting late Friday to suspend the ruling.

About 60,000 migrants, mostly from Central America, have been forced to wait in Mexican border towns, often in dangerous and squalid conditions, as applications are slowly processed.

Trump administration officials considered the program a "game changer" in their effort to end to what they call "catch and release." They said that practice allowed migrants to enter the U.S. and stay illegally by avoiding authorities.

Officials have also credited the program with sharply reducing the number of migrants arriving at the southern border since it went into effect.

The lawsuit, Innovation Law Lab v. Wolf, was filed by Innovation Law Lab, the Central American Resource Center of Northern California, and four other organizations on behalf of 11 asylum seekers who were sent to Mexico to wait.

A separate ruling by the court in East Bay Sanctuary Covenant v. Trump also upheld a block on the Trump administration's attempt to restrict asylum applications to ports of entry.

ACLU attorney Judy Rabinovitz, who argued the appeal against MPP said after the initial ruling: "The court forcefully rejected the Trump administration's assertion that it could strand asylum seekers in Mexico and subject them to grave danger. It's time for the administration to follow the law and stop putting asylum seekers in harm's way."

Immigration rights advocates argue that forcing vulnerable asylum seekers to wait in temporary, often makeshift, shelters exposes them to even more violence than that which they are trying to escape. Human Rights First has documented more than 600 violent crimes and at least one murder against migrants in the program.

The argument swayed two of the three judges on the panel who determined that the effects of the MPP "is staggering," adding that the program "runs afoul" of existing asylum laws, which state that "an undocumented migrant may apply for asylum when she is 'physically present in the United States (whether or not at a designated port of arrival).'"

A May ruling by the Ninth Circuit allowed the MPP to restart after an initial ruling by a federal judge had halted the program.

Meanwhile, as asylum-seekers are processed in temporary tent courts along the border, judges are granting far fewer asylum claims than other courts. As of November 2019, just 117 migrants had been granted protection out of tens of thousands of applicants, according to data released by the TRAC immigration project at Syracuse University. That's a success rate of less than 1%.