Accessibility links
Tom Steyer Drops Out Of 2020 Democratic Presidential Race The billionaire climate-change activist had staked his campaign on doing well in South Carolina but ended with a disappointing finish on Saturday. 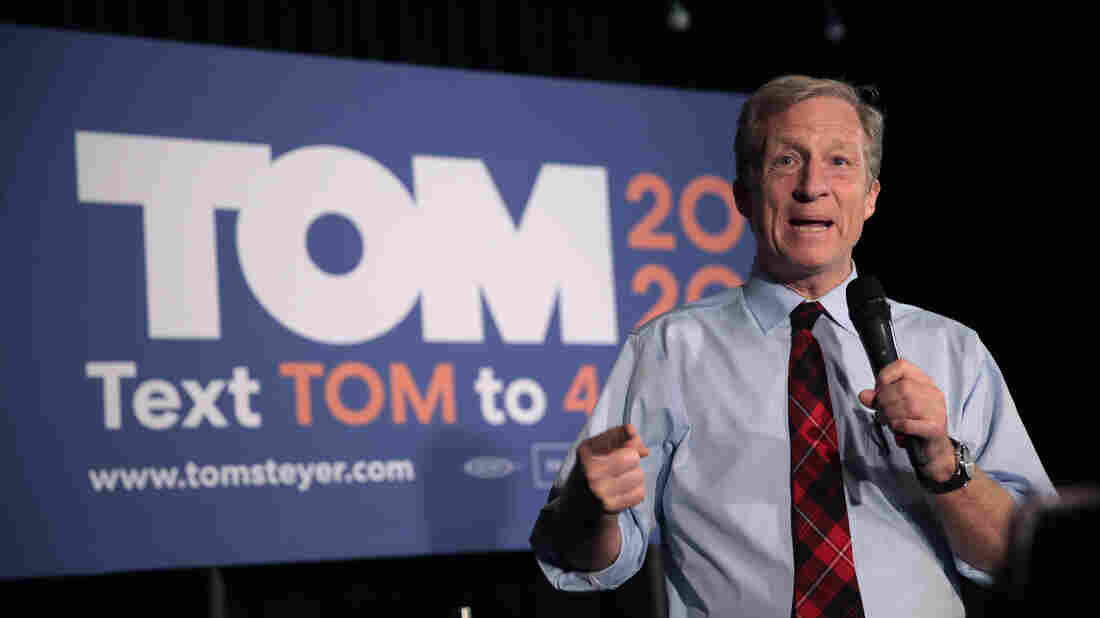 Democratic presidential candidate Tom Steyer had spent more time on the ground in South Carolina than any other candidate did. Scott Olson/Getty Images hide caption 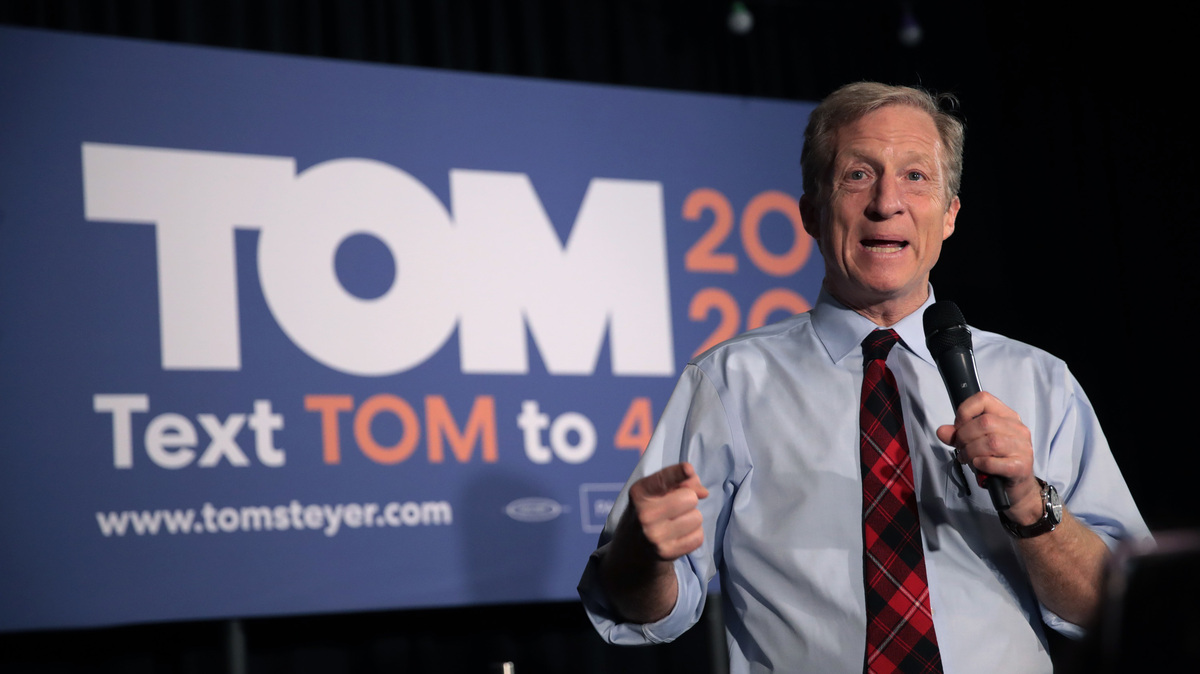 Democratic presidential candidate Tom Steyer had spent more time on the ground in South Carolina than any other candidate did.

Tom Steyer, the billionaire hedge fund investor and environmental activist who staked his campaign on a strong finish in South Carolina, suspended his presidential campaign on Saturday.

Steyer aggressively courted the black vote in the state, with a focus on racial and economic justice but had a disappointing finish. Former Vice President Joe Biden was projected to win the state.

"I said if I didn't see a path to winning, that I'd suspend my campaign," Steyer told supporters on Saturday. "And honestly, I can't see a path where I can win the presidency."

Steyer had spent more time in South Carolina than any other candidate and fielded the largest on-the-ground campaign staff.

He caused a stir in this state because of his extensive spending. He spent nearly $24 million ads there and waged an aggressive direct-mail campaign. Some of his spending, including the practice of hiring local lawmakers as paid staff, drew unease that he was buying the black vote.

Though Steyer made an aggressive play for South Carolina voters, he did not earn a single delegate in Iowa, New Hampshire or Nevada — the first three contests — and polls showed a daunting path ahead in the 14 states that vote on Super Tuesday.

Steyer entered the race in July, despite an earlier announcement that he wouldn't seek the nomination and would instead focus on efforts to impeach President Trump.

The 62-year-old environmental activist made his fortune as a hedge fund manager and raised awareness of climate change through his NextGen America organization.

He raised his national profile by pushing for Trump's impeachment and spent $120 million during the 2018 election cycle on digital and TV ads as part of his "Need to Impeach" initiative.

Steyer's final campaign rally was at Allen University, a historically black college in Columbia, S.C.. He brought the rapper Juvenile, gospel singer Yolanda Adams and DJ Jazzy Jeff to the school's gymnasium to perform for a largely black, though generationally diverse audience.

When he took the stage, he told his supporters that people from South Carolina are "up for a righteous fight."

"Win, lose or draw, I fell in love with the people of South Carolina," Steyer said then. "I'm never leaving ... and we're going to win this fight."