Accessibility links
Bikers Get A Bad Rep, So They Started A Church Where They Feel Welcome Though it began as a way to reach bikers in Bangor, Maine, the mission has now become broader, with a focus on teaching the Bible and offering services to those in need.

Bikers Get A Bad Rep, So They Started A Church Where They Feel Welcome

Bikers Get A Bad Rep, So They Started A Church Where They Feel Welcome 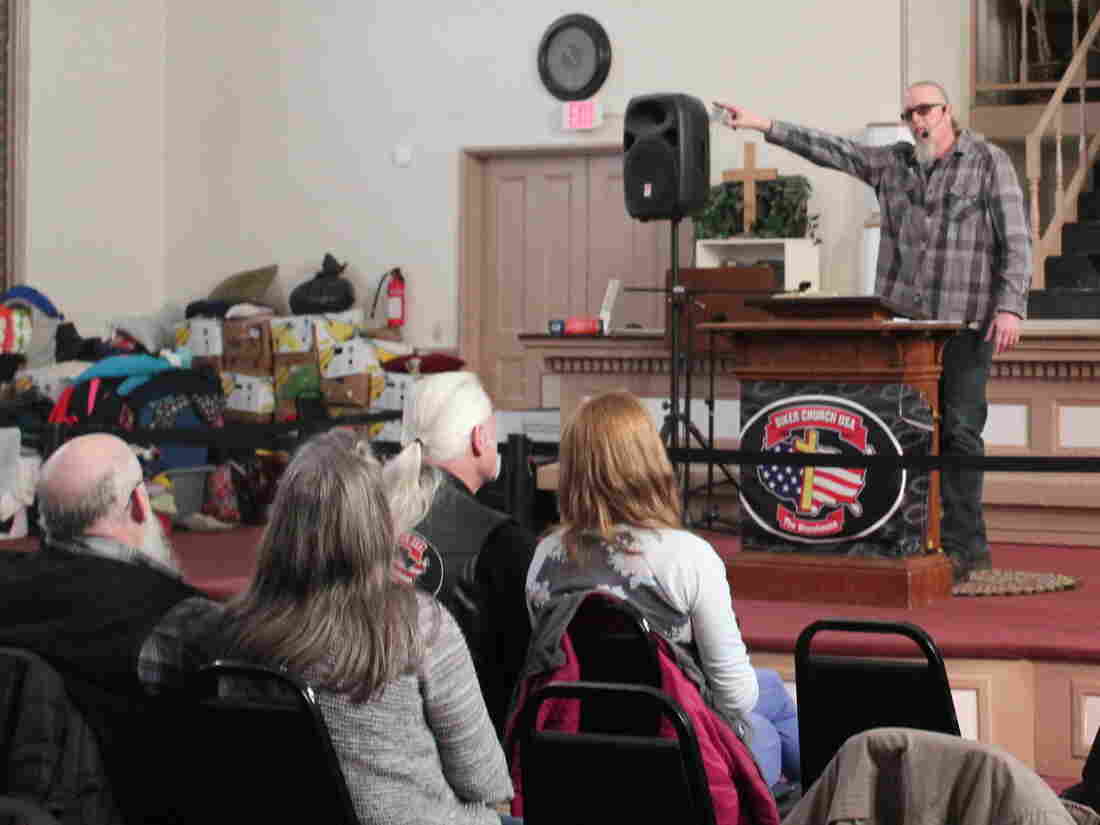 Pastor Tim Theriault preaches during a Sunday morning service at Biker Church USA, housed inside a large brick building in Bangor, Maine. The church purchased the building this year and has turned it into a warming shelter for homeless residents. Robbie Feinberg/Maine Public hide caption 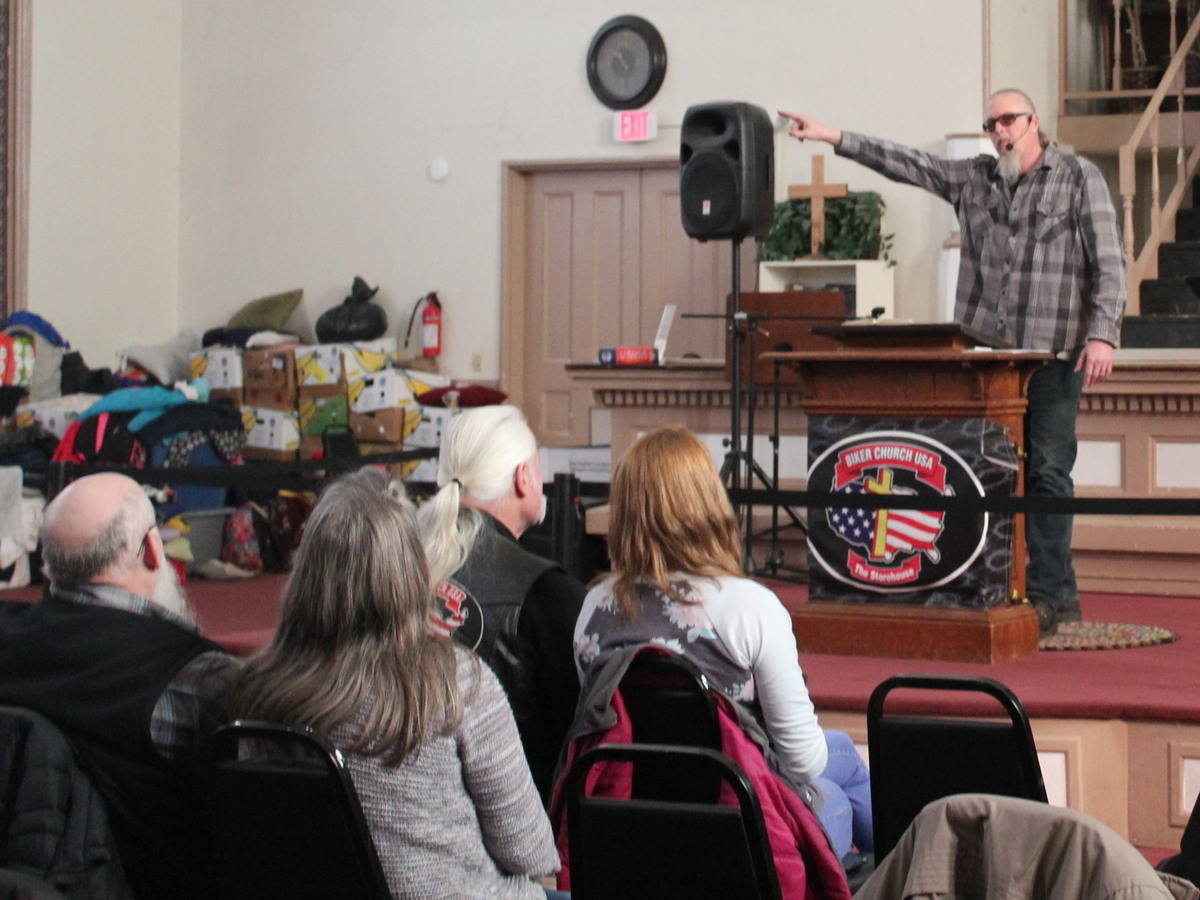 Pastor Tim Theriault preaches during a Sunday morning service at Biker Church USA, housed inside a large brick building in Bangor, Maine. The church purchased the building this year and has turned it into a warming shelter for homeless residents.

It's a classic biker look: black denim, boots, and a long white beard. Rick Day wears it proudly – except when he's gone to church.

"Some churches I went in, and a lot of the people were kind of standoff-ish and stuff," Day says. "Because bikers get a bad reputation and stuff, even though they know we've given our lives to the Lord."

But a few years ago, Day heard about a "biker church." At the time, it was a small service, operating out of a hotel in Brewer, Maine. He visited and saw others like him, Bibles in hand.

"I walked in. Everybody was greeting," Day says. "And it was like, 'Yeah. This feels like home.' "

Today, Biker Church USA is housed inside a towering, old brick building in neighboring Bangor, having grown from a small Bible study into a major operation.

Uneasy Rider: The Origins Of Motorcycle Gangs And How They Remain A Force

On a recent chilly Sunday morning, Day takes out his Bible and says a prayer before a parishioner sings a hymn accompanied by an acoustic guitar. The pastor, dressed in sunglasses and jeans, steps up to the pulpit and preaches an hour-long sermon before closing with a quiet prayer.

The church's founding pastor, Chris Marley, says while the church began as a way to reach bikers, the mission has now become broader, with a focus on teaching the Bible and offering services to those in need.

"The stereotype has come in place from back in the early 1970s," says Marley. "They made all these movies about bikers coming in and pillaging towns and all of this stuff. And unfortunately, that stuck. And it kind of followed up through the years. And it's not at all what it's about."

Marley says about five years ago, he took over a national organization called the Biker Bible Institute. The group has worked to create a loose connection between hundreds of biker-friendly churches around the country, and even offers chaplain training.

"Our mission-vision behind that, originally, was to have 10,000 bikers in the Bible every week. And God said, 'Well, that's great. We can do that.' But we've far exceeded any of those numbers. I can't even tell you what they are today. But we are in New Zealand now. We're in Africa. We're in Canada. We're all over."

And while the church in Bangor began as a small Bible study, it's taken on a major role in the city. Last winter, homeless residents were forced to stay in a police station lobby due to a lack of shelter beds. This winter, the church started an overnight warming center. The building is open nearly every day offering clothes and classes.

Will Dulaney, a retired professor who has researched motorcycle clubs, says while some bikers can be xenophobic or racist, he's known them to be generous – not violent, as they're often portrayed. 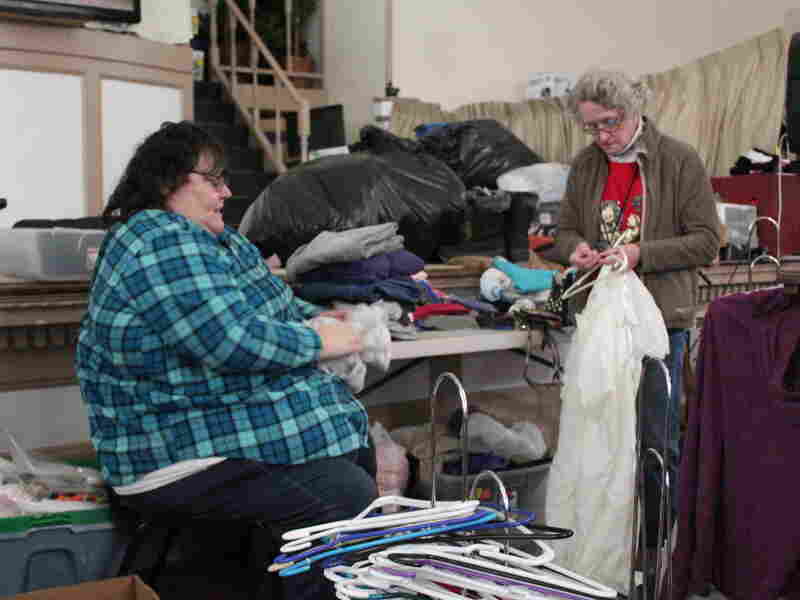 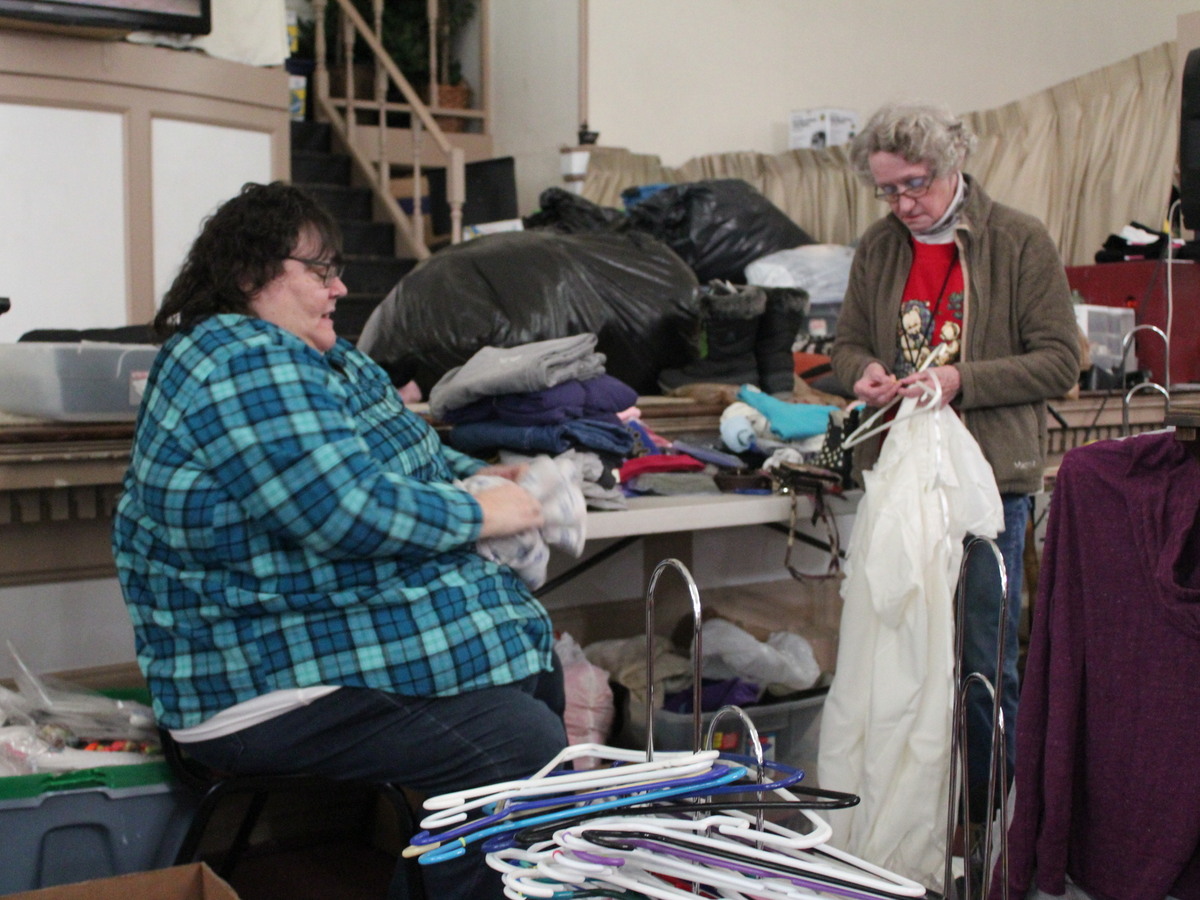 "In my 22 years doing scholarly research, bikers are generally kind of loners. A lot of them come from broken homes," he says. "So, yeah, I can see a biker church being a beacon to lost souls of all stripes."

And sometimes those lost souls aren't bikers at all. Justin Norton found the church when he was living on the street. He says due to mental disabilities, he often feels like an outsider in the city, but not at the church.

"I can come here every day and be welcome. Instead of being, 'What's this person going to think of me?'" Norton says.

Roxanne Lent isn't a biker either. She first came by just to volunteer and fold clothes. Now, she visits six days per week and even teaches Sunday school.

"Everybody gets up after church. It's a hug, it's a slap on the back. In the warm weather, they get on their bikes and leave. In the cold weather, they got in their trucks and we all go home," she says. "It's just more laid back. More comfortable."

Lent likes that she and others can come just as they are – whether in a flannel shirt and jeans, or boots and a leather jacket.

"That's within the culture," Lent says. "I think it's just accepting people where they are. And for who they are."