Accessibility links
LGBTQ Youth Fight For Equality In Sex Ed In South Carolina Classrooms A 32-year-old law makes it illegal for teachers in that state to speak about queer relationships, unless it's about sexually transmitted infections. But a federal lawsuit could change that. 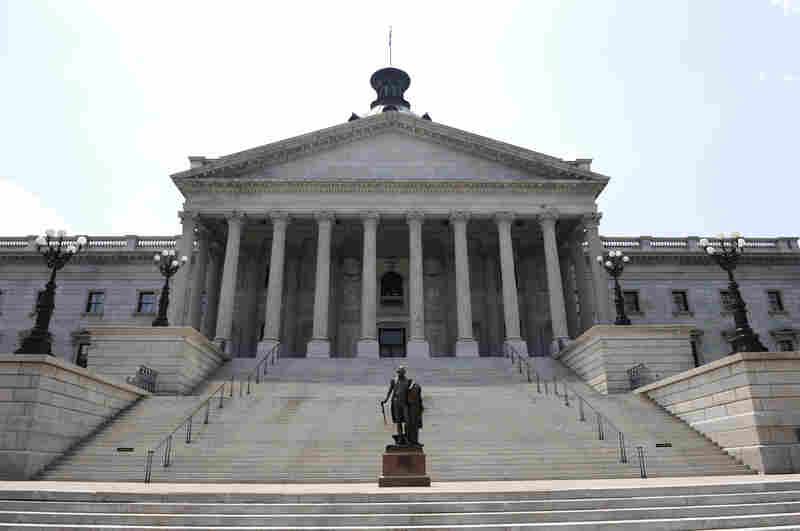 A South Carolina law prohibits teachers from discussing relationships that are not heterosexual, unless they're talking about sexually transmitted infections. Davis Turner/Getty Images hide caption 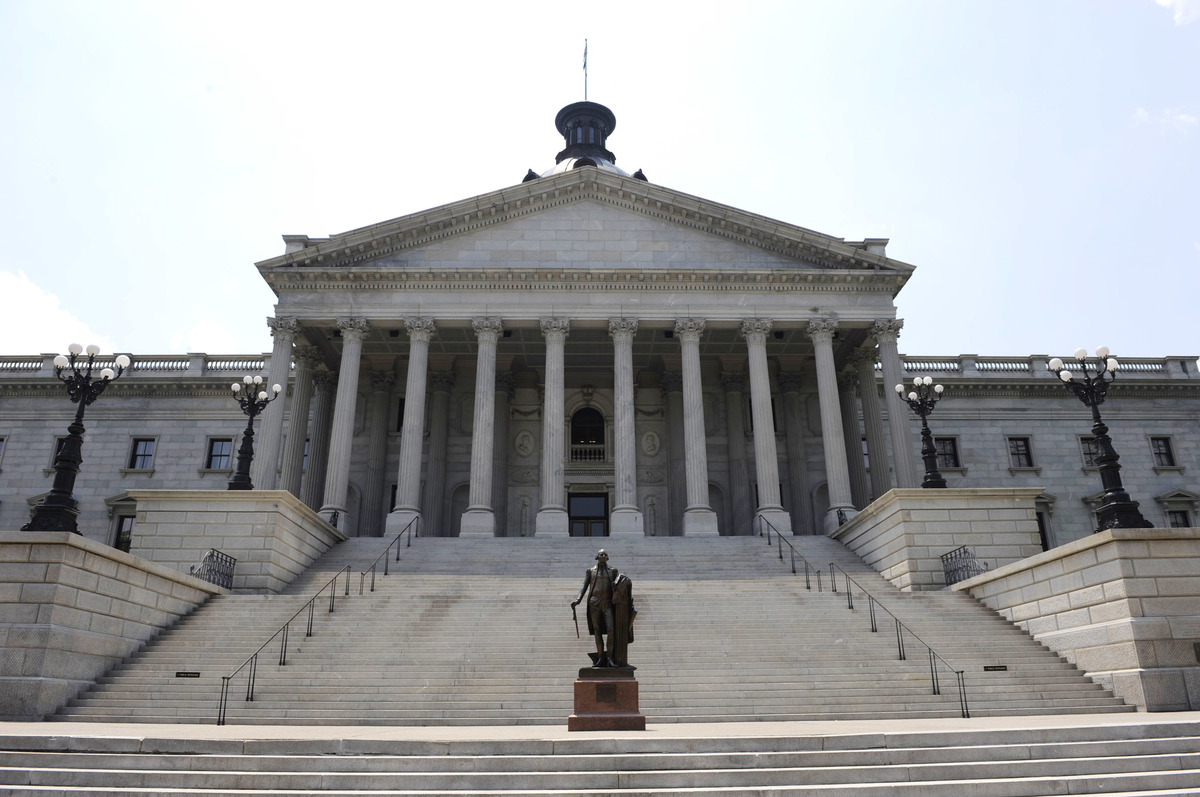 A South Carolina law prohibits teachers from discussing relationships that are not heterosexual, unless they're talking about sexually transmitted infections.

Eli Bundy, a 15-year-old sophomore at Charleston County School of the Arts in South Carolina, knows how it feels to be ignored in the classroom. In South Carolina, it's illegal for teachers to address queer relationships, unless they're talking about sexually transmitted infections, also called STIs.

Eli, who identifies as queer, says they and their classmates have broached the subject of non-heterosexual relationships in health classes, but that their questions go unanswered.

"I think that no student should have to be told by their health teacher that they can't talk about their identity," Eli told NPR in a phone interview. "I think that just ... it really hurts a lot of teenagers. And I think it's definitely something that needs to change."

Eli leads their high school's Gender and Sexuality Alliance; one of three groups being represented by Lambda Legal and the National Center for Lesbian Rights in a federal lawsuit against South Carolina's Superintendent of Education aiming to repeal the 32-year-old state law.

The complaint, enacted last Wednesday, argues that the law discriminates against LGBTQ students and violates the 14th Amendment of the U.S. constitution.

"This lawsuit would seek to remove the gag rule," Peter Renn, counsel at Lambda Legal told NPR during a phone interview. "Removing the law would enable local school districts to include LGBTQ students in the curriculum, but it wouldn't create any sort of affirmative obligation," he said.

South Carolina is one of a handful of states that restricts how teachers speak about queer relationships in class. Alabama, Louisiana, Mississippi, Oklahoma and Texas also have "no promotion of homosexuality" laws on the books, many of which were filed in the late '80s and early '90s, at the peak of the HIV/AIDS crisis.

"Well, it's certainly very frustrating to be in a classroom with my friends, with my peers and to feel that me and my fellow LGBTQ classmates are not being given equal treatment and equal education in regards to health and sex ed," they said. "So not only is there the primary effect of not be[ing] given sex education, but then also the secondary effect of feeling rejected and not accepted in your school environment."

In one instance, Eli asked their health teacher about pre-exposure prophylaxis (PrEP) drugs – medication that reduces the likelihood of contracting HIV through sex by more than 90%.

Eli said their teacher told them they didn't know about the drug. "There are lots of people that get their education from the Internet or from their friends, which can sometimes be unreliable sources." Eli said this results in an "inequality of information."

Molly Spearman, South Carolina's superintendent of Education, issued the following statement in response to the lawsuit:

"As State Superintendent, I am required to uphold the laws passed by the South Carolina General Assembly without discretion. My primary obligation, however is always to protect the rights and safety of our students and their families.

"The lawsuit ... highlights an issue that the General Assembly has failed to address."

In South Carolina, 76% of LGBTQ students face verbal harassment based their sexual orientation and 88% say they routinely hear homophobic slurs, according to a 2017 report from GLSEN, a group focused on LGBTQ inclusion in K-12 schools.

Renn from Lambda Legal said schools are meant "to be an important part of the antidote to that problem, but discriminatory curriculum laws do the exact opposite."

"They poison and breed an environment where harassment and discrimination can be allowed to thrive. That is the natural consequence of treating a group of students as virtually unmentionable."